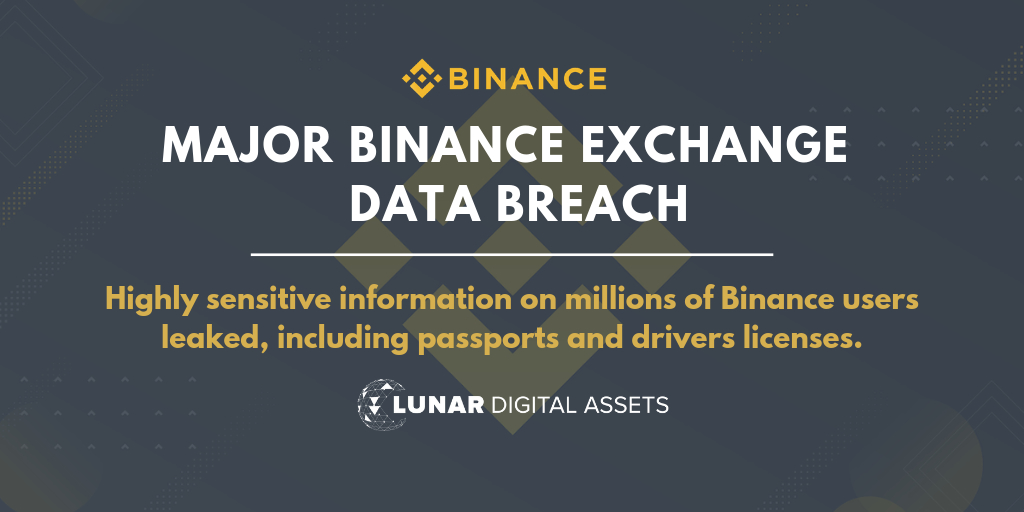 Binance, the crown jewel of the cryptocurrency industry was hacked back in late 2018, with the hacker claiming to have the KYC documents of all users. The extent to what data was breached is still not clear, but one thing is for certain: pictures and scans. And now they're being leaked to the public at an incredibly rate.

The leak is currently ongoing in this Telegram channel created, presumably by the hacker, that's growing literally by the thousands every couple minutes as streams of leaked documents are posted.

At the moment it appears that only KYC applications from 2018 are being leaked; however, that does not mean that there will be no negative backlash from this mess.

The market is beginning to react to the news as it spreads like wildfire, but to our surprise the affect is not having as bad of an impact on the price so far. Bitcoin becomes more and more FUD-proof each year, but this was probably one of the most important non-monetary related exchange hack in history. Now that the actual pictures are being leaked, it has gotten multitude times worse. 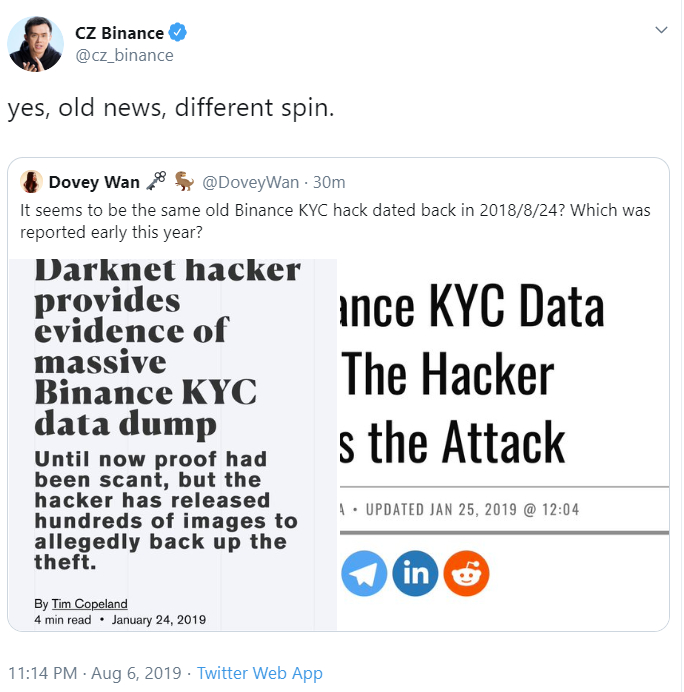 This comes right after the Equifax and now Capital One debacle. Ironically, Binance and other exchanges should consider storing sensitive data in secured blockchains. Let this be a reminder for everyone: just because a company or project is in the blockchain space does not mean that they are using the best practices in securing data.

I guess the question that everyone's asking is: why now? There is certainly more to this story behind the scenes. Whatever the reasoning was for the release today, fear not. Funds are safu.

Related Stories
Subject Matter
Book a Demo. Ship Fast. Rest Easy. LaunchDarkly. by @LaunchDarkly
#promoted
IRS Warning Letters to Early BTC Buyers Illustrate the Utter Disarray of our Current Laws by @hanyoon
#crypto
Hedge Funds Need to Hire Science Fiction Writers Because Truth Is Stranger Than Fiction by @atrigueiro
#futurism
Signal's Integration With MobileCoin Isn't As Bad A News As You Think by @yorple
#mobilecoin
Crypto-Cards 2021: Bitpay Vs. Wirex Vs. CryptoPay Vs. TTM Bank by @maria-lobanova
#cryptocurrency
The Role of Probability in The Safety of Your Cryptocurrencies by @elagai
#decentralized-internet
Million Dollar Question: Should Retail Investors Get into DeFi for Money Legos? by @anton-dzyatkovskii
#yield-farming