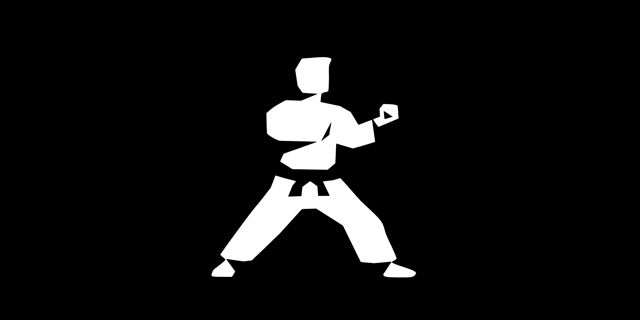 "The world needs an alternative to Selenium - so we built one" - that's the story that got Peter Thomas from India nominated for a 2020 Noonie in the Development award category. Peter's second Noonie Nomination is for a 3-year old OSS project, "karate". In this interview, Peter talks about what it's like to have hard work pay off, and feel like you're at the top of your coding game.

🚀 This Year's Noonies were made possible by: Sustany Capital, .TECH Domains, Grant for the Web, Skillsoft, Flipside Crypto, Udacity, and Beyondskills! VOTE until 12 Oct 2020 at NOONIES.TECH! 🚀

I work at Intuit and have been contributing to open-source since way back in 2004 when there was only SourceForge. And yes, I have been writing code for a very long time ! A fun-fact is that the very first open-source project I created is still being maintained by a developer who I have never met in person, and he is still making regular releases.

My language of choice happens to be Java, but I have used Scala, Node, Typescript, and multiple front-end technologies as well, and I dare say I was a "full-stack" engineer way before it was "cool".

Anyway, what I am experiencing right now with my 3-year old OSS project "Karate" is truly amazing. All those years of building stuff, honing the craft and generally being curious about programming seems to be paying off now, and I feel like I'm at the peak of my coding game.

Karate is being used by hundreds of companies all over the world and I've been able to connect with all manner of awesome people. And my Stack Overflow reputation has just crossed 30000, all of it due to thankful developers whose questions I answered, which shows how far Karate has come as a developer-tool.

My day job is platform engineering and tech-leadership at Intuit. I'm lucky that my enthusiasm for open-source intersects nicely with my day job, and Karate seems to have come at a very opportune time in this era of micro-services and distributed-systems. We use it a lot at Intuit of course.

I care deeply about Developer Experience and I think it is an aspect that is neglected too often. One thing I'm really proud off is the main README file for Karate, it is so long and comprehensive that it consistently gets rave reviews - and stands out in the landscape of open-source solutions out there.

I also think that quality-assurance is not given the emphasis it deserves and Karate is my way of trying to make a difference - it is a tool designed to be "programmer friendly" as far as possible while keeping things simple for even non-programmers. This is a very hard balancing act to pull off, and I like to think that Karate has gotten a few things right in this department.

The future of Karate. When it started, I never dreamt that it would get such a rousing reception and that it would evolve to even do browser-automation testing. One of my articles on Hacker Noon has been read 15000 times, and I think we're just getting started.

It would be nice to see more contributors step up and contribute code so that Karate can evolve faster. It is certainly getting better as we speak, as more organizations use and become aware of this new-ish framework.

With the success of Karate, nowadays I'm being asked more and more about what it takes and what is the "secret".

Unfortunately there is no short-cut and it does take a lot of energy and conviction. But a lot of people seem to be needing a push, they worry about whether their idea or code is good enough.

My advice is to not worry about all that and just do it, what's the worst that can happen?

The magic in open-source happens when you have the whole world looking at your code, and it doesn't have to be the most clever code. All that will naturally happen over time, and people don't expect it to be so anyway on day one.

It hasn't changed much. To be honest I fall into the "introvert" category and I certainly don't miss the commute ! There's a lot of things you can achieve with just an internet connection, and I have been doing this kind of thing for a while.

Improving the state of the art of Virtual Reality.

This has come out of some of my recent debates on Twitter, but there are too many test-automation evangelists out there preaching that one has to create a framework "from scratch" for each new project.

My answer is that I've been trying to create a framework, it has been 3 years, and I'm still not done.

VOTE for Peter Thomas in