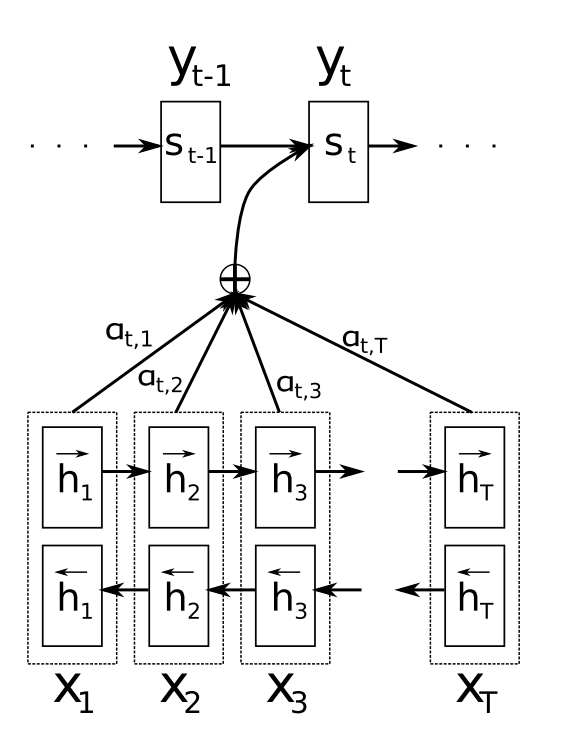 An Encoder reads and encodes a source sentence into a fixed-length vector.

A Decoder then outputs a translation from the encoded vector.

A potential issue with this encoder–decoder approach is that a neural network needs to be able to compress all the necessary information of a source sentence into a fixed-length vector.

How Attention solves the problem?

Attention Mechanism allows the decoder to attend to different parts of the source sentence at each step of the output generation.

Then, we have to find out the context vector ci for each of the output time step.

How the Context Vector for each output timestep is computed?

The Alignment model scores (e) how well each encoded input (h) matches the current output of the decoder (s).

The alignment scores are normalized using a softmax function.

The context vector is a weighted sum of the annotations (hj) and normalized alignment scores.

The Decoder generates output for i’th timestep by looking into the i’th context vector and the previous hidden outputs s(t-1).

— Neural Machine Translation by Jointly Learning to Align and Translate, 2015.

Related Stories
Subject Matter
Top 15 Datasets for Autonomous Driving by @siasearch
#autonomous-driving
How Machines Learn Emotions: Sentiment Analysis of Amazon Product Reviews by @sameerbairwa
#machine-learning
Top 20 ML Stories For Data Science by @divyanshi
#machine-learning
Solving the Problem of Bias in Artificial Intelligence by @itrex
#ai
What is Training Data Security and Why Does it Matter? by @modzy
#modzy