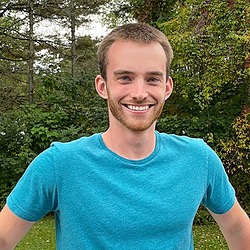 I write about tech on the internet.

Smart devices are great. They help you search the internet with only your voice, allow you to order essentials without using your phone or computer, and let you see who's at the door. But they also do one other thing. They are listening, all the time. While Alexa is best known for this morally dubious listening, it's not just them. Google has just been shown to do the same. It seems like every smart device is listening in to your conversations. Let's talk about potential concerns and why these companies are doing this.

Every Conversation and Interaction

Unless you set everything properly, which we’ll discuss later, every conversation and interaction around the smart device is being recorded. This includes routine conversations you have with friends and coworkers to fights with spouses and top-secret conversations you wouldn’t want anyone to know.

Also, remember that much of your interactions with smart devices include searches. Do you really want a data worker going through your online searches? It's a scary thought. This also includes video on devices like Ring or anything else with a camera.

Anything you’re doing around the device is being recorded and, more importantly, reviewed by that device’s data team.

According to these companies, your conversations with the smart device should only be sent and reviewed by real people if you activate the system. This includes your common commands like "OK Google," “Alexa,” or "Hey Siri." However, it also activates whenever you say something similar that might "trick" the system to think it's needed.

There seem to be conflicting reports about how often Google, Ring, Alexa, and Siri are listening to you. Some reports say it’s all the time while others say it’s only when you activate the system. In either case, you’re allowing a lot of your interactions and conversations to be recorded.

One comforting thought is that the data is anonymized, to a point. The information should be wiped of any personal information when it comes to passwords and login information. It also shouldn’t collect your name.

However, reports show that many of the conversations being recorded have personal information recorded like names, addresses, and less than savory details you wouldn’t want others listening to. According to VRT News, they were able to easily identify people in some of the recordings they listened to and even confronted some of those people with their recordings.

If you’re being recorded, then you should at least know why. Accordingly, even though Google, Amazon, and Apple are “inadvertently” collecting the juicy details of your life, they don’t care about what you’re saying. It’s not what you’re saying, but how you’re saying it. All of these devices rely on AI and algorithms to deliver the right information to you.

Human speech can be difficult to conceptualize by a robot. These companies are attempting to better attune smart devices to how people ask questions so that they get the right responses. This should lead to a smoother interaction with your home device and make them more useful overall.

This can also be used to improve search engines and website relevancy. By understanding how you search for products or information, these services can improve to bring you more relevant results. That’s great for our digital world, but scary that very personal conversations are being used in this manner.

While limited, there are a few ways to stop or minimize the recordings. Because this issue has exploded in the last few months, these companies are making it a little easier to stop the recordings. For example, Amazon recently announced that Alexa users can opt-out of human review of their conversations. This doesn’t stop the recording, but it prevents other humans from hearing them.

Many of these companies ask you to opt-in to the recordings being stored and listened to, but this is buried under other terms and most people just skip over them. Be sure to go over the terms and see if there's anything you can opt-out of. Unfortunately, some devices like Google Home will punish you by prohibiting certain features from activating if you opt-out.

Another thing you can do is turn the microphone off whenever you’re not using the device. Much like losing out on certain features, this is inconvenient. It means you’ll be turning the microphone on and off, plus it will still record any conversations that deal with commands or anything that activates the system.

Since people are very worried about their conversations being recorded, Apple, Amazon, and Google have all apologized and have agreed to change how they review these conversations. Apple said that they will be stopping manual reviews for a while until they can get the review process up to their high standards.

There have also been promises by Apple to stop using subcontractors and instead only use their own employees to listen to conversations. While changing the process is great, it doesn’t change that your conversations are still being recorded and have already been recorded. Plus, many of the promises are either vague or only switching one bad thing for another (ie: subcontractors to employees, it’s still people listening to your conversations).

This doesn’t mean that smart devices are terrible or going to destroy your life. The truth is that less than 0.2% of conversations are ever reviewed and unless someone wants to search you out, they aren’t going to confront you with the recording.

Smart devices are incredibly convenient. They make it easy to search with your voice, see who's at the door, or order products with ease. However, they are recording conversations and a very small percentage of them are reviewed by other people. Many of these companies have promised to change their process of collecting and reviewing recordings, but none have promised to stop them entirely. Just be careful around your device, opt-out when possible, and you should be perfectly safe.

Affiliate Marketing Can Be Dangerous But Is It Always Bad?