A writer by day and a reader by night, Evelyn is a blogger and content marketer from Australia.

Most of us tech types love jumping on bandwagons. We easily get rile up when one invention threatens to make another one obscure.

After all, who doesn’t like acting all smug and saying “told you so”?

So it’s no surprise the prospect of progressive web applications (PWAs) making Native Apps redundant has many developers excited.

Funnily enough, PWA is not something that has emerged out of the blue. There have been talks about such technology since forever.

Some Perspective on Progressive Web Applications

Back in 2017, Steve Jobs introduced the idea of web applications on the launch of the iPhone. In his signature turtleneck, Jobs was excited at the prospect of developing apps around the capability of Safari.

However, nothing prominent came from that as Apple remained focus on IOS apps. 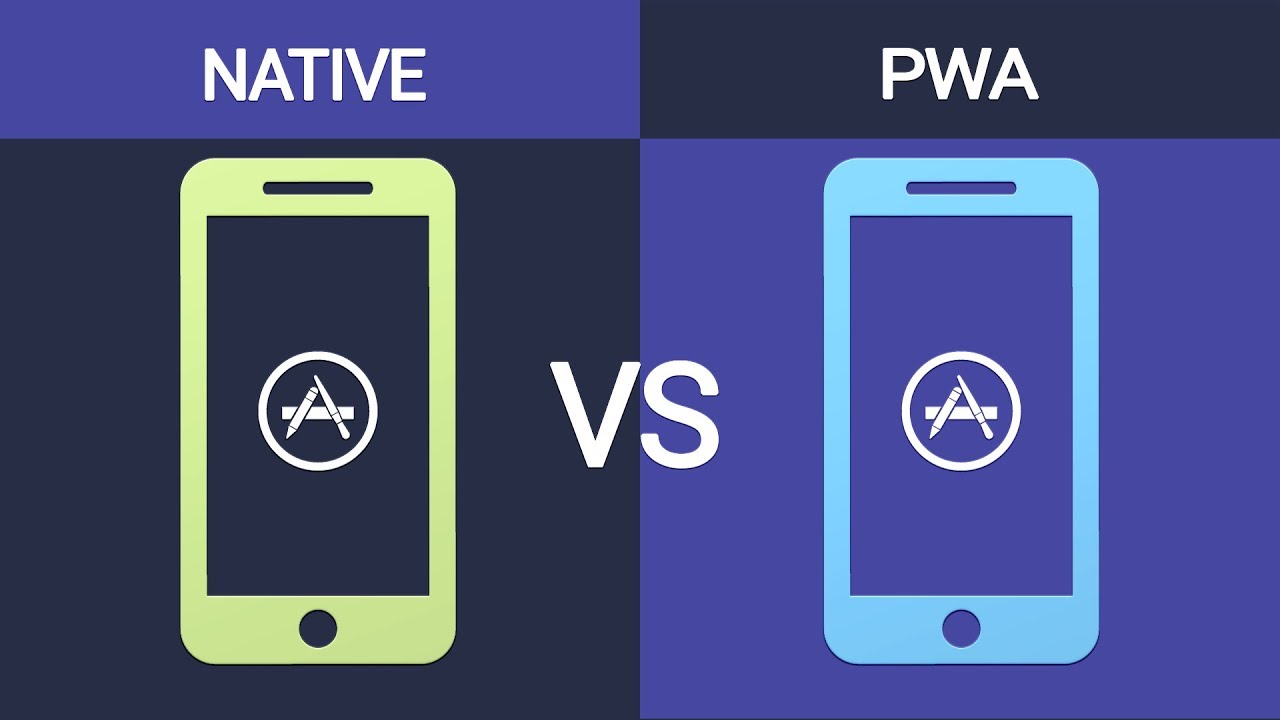 Since then, both Google and Microsoft have enthusiastically promoted PWAs as a bridge between native applications and the web.

With the rise of mobile platforms, PWAs vs. Native Apps debate has gotten much louder. Some are predicting the death of apps as we know them. Others are skeptical and not buying into the whole progressive hype.

However, if we are to step back and analyze the whole scenario, it becomes clear that PWA has some obvious advantages over its native alternative.

Here’s my view on things:

The mobile web is far better today than it was a couple of years ago. Rarely do you see a website that doesn’t have a responsive design. Still, these websites aren’t able to provide an experience that most mobile users desire.

Simply put, a mobile website should be fast and have an app shell, something that PWA provides. Along that, PWA offers the best of both worlds as users enjoy the functionalities of an app along with the accessibility of a website.

Progressive web apps have been a blessing for online businesses. A friend of mine who’s a developer at EMUCoupon (a website that disseminates clothing coupons) explains that PWA makes it easy for him to dynamically add stores. Something that’s much more complicated with conventional websites.

Meanwhile, native apps provide just about the best possible mobile experience. But one can argue that they are quite expensive and dare I say, ineffective (more on that later).

All things considered, I don’t believe PWA will completely kill native apps. At least not anytime soon. However, it will continue to encroach on the latter’s turf due to the following reasons:

1. There Are Too Many Native Apps

App stores are flooded with applications. To make matters worse, many of these apps are from big-time players that mobile users easily recognize. Let’s say a small business tries to cram in its app in this environment, what are the chances it will achieve any success?

Forrester Research reports that mobile users in the UK and the USA spend 80% of their (in-app) time on just five apps.

Moreover, most of the top apps belong to the following categories:

Let’s keep it real. Unless your app is unique and targets a particular region, building a native app is a gamble. It’s especially a big risk if your business happens to be in infancy.

App Store is so competitive that even big companies hesitate to compete in it despite having an established audience and near-infinite resources.

Think about this: even if you’re the biggest iPhone geek in the world- it’s not the only device you use. Sometimes you’re on the PC, other times you’re poking the Apple Watch.

Now, a business can come up with a cool name, create a sleek design and make the best app known to existence. Still, it doesn’t change the fact that native apps only work on a single platform.

In contrast, the possibilities are endless with PWA. It basically runs on anything that can support a browser. With one application that runs on all platforms, companies don’t need to maintain specialized and highly-skilled teams.

Moreover, there’s no need to distribute binaries and ensure backwards compatibility in the service APIs as the app only has a single version.

Finally, a similar outlook on numerous devices brings a sort of uniformity that brands aspire to achieve.

3. SEO is Improved Indirectly With PWA

One thing to understand is that PWA doesn’t bring any SEO advantages on its own – at least not directly. But it does the following:

• Increases the engagement and performance

• Speeds up the indexing process

In progressive web apps, service worker scripts act separately from the website -enabling pages to only request raw data and not layout or styling information.

This means these web apps are faster than conventional websites. Speedy websites mean better conversions. But from the SEO perspective, it means better ranking as search engines reward smooth and fast websites.

Another major benefit of PWA is that it speeds up your indexability, which provides your business with a competitive edge. More importantly, it decreases the steps users need to engage with your app.

No Google Play or App Store is involved. There’s no need to download anything or initiate any updates. Application updates happen without users being concerned.

Unlike with native apps, there’s no probability of a PWA getting buried in the app store.

4. Sharing With PWA is Easy

When you see a funny SpongeBob meme on twitter, your first instinct is to share it with a friend. And how do you share it? Through social media or instant messaging.

Organizations invest heavily to create content that will be shared widely. It’s one of the most widely applied digital marketing strategies. But alas, native apps struggle in this regard.

Most of the time, the content on android or apple apps can’t be simply shared with a short URL. And if there’s a convenient method of sharing, you’ve to rely on the other person having the same app.

Of course, there are no such issues with progressive web apps.

PWAs are the Future But...

Based on everything I’ve read, heard and experienced, progressive web apps truly are the future.

And don’t just take my word for it, Microsoft’s Jacob Rossi believes, “PWAs should be able to progressively enhance to full-fledged apps”.

The above statement does insinuate that PWA can drive native apps out of existence. But there’s no need to get ahead of ourselves.

Native applications have some advantages over progressive apps. They offer far more features, are more secure and have faster user navigation. Progress apps will catch up, but only in due time.

Whether it’s visibility, uniformity or shareability, PWAs are more effective than native apps in many ways. Besides, for many businesses, the cost and risk involved with developing their own apps are a bit too much.

As the shift towards progressive web apps continues, consumers will prefer it over other alternatives, prompting more companies to invest in this unique blend of web and applications.

Related Stories
Subject Matter
Partner with us for Digital Product Development by @AWH
#promoted
How Automation Impacts Job Security and Inequality in Emerging Economics by @EVelyn.J
#automation
Technology and the Pandemic by @halenterry
#technologies
Why The Real Estate Industry Should be More Like Tesla & Less Like Volkswagen by @paolodotta
#real-estate-technology
How To Protect Your Online Applications From Pass-the-Cookie Cyber Attacks by @geenensp
#cybersecurity
Are Cybersecurity Careers Future Proof? by @roger-huang
#cybersecurity
The Difference Between Web Apps and Websites Explained by @andreyonopriyenko
#native-app-development