Apple iOS 14 Users Can Now Use Widgets: Here's Why You Need To Develop An iOS Widget For Your App 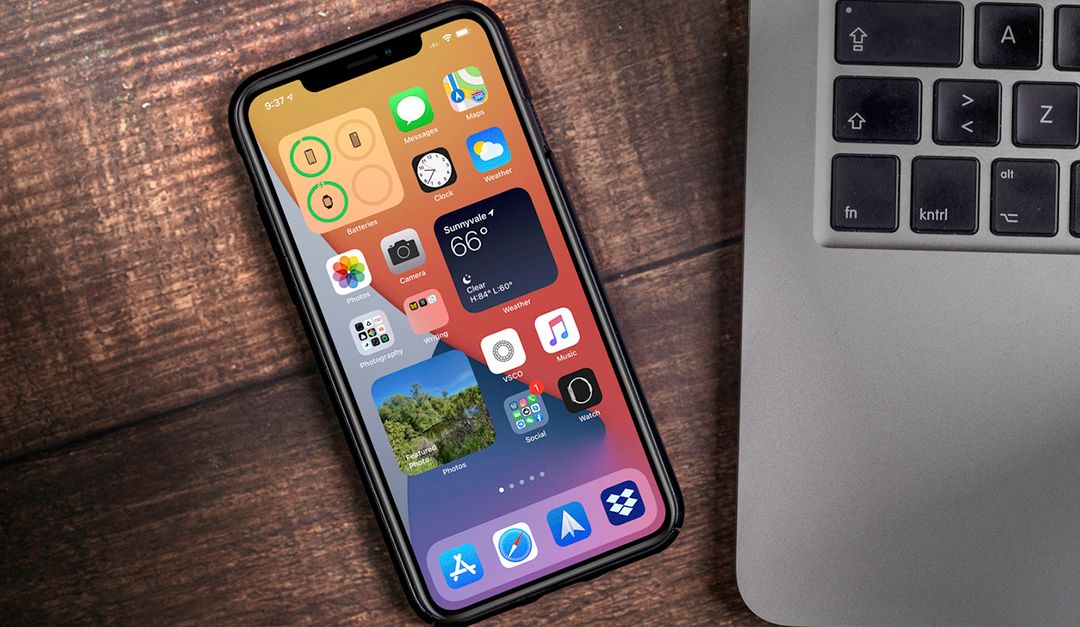 When iOS 14 was launched, the widgets were affected greatly. They became much smarter, faster, and accessible. The key point here is that iPhone and iPad users can add their own widgets: custom ones. In the article below we explain what these changes actually mean for business and how to get 200% out of the changes. Also, we cover the topic of widgets’ accessibility and the information they should provide to your users. To begin with, let’s go through a brief overview of what the widgets actually are and why they are so important for your app.

Widget is just a part of an app

In general terms, the widget is just a part of an app, is displayed on the main screen, showing the most recent data from the app, keeping track of the changes. Widgets allow users to get the needed information without actually opening an app any time they want to check something. Widgets usually transfer the user to the app itself in case any details are needed.

In some cases, widgets can direct users to the specific place or screen of an app. Also, some apps offer more than one widget, to begin with, depending on the user’s preferences. One of the most popular widgets, Apple News, can display either topic of interest or the most recent news. 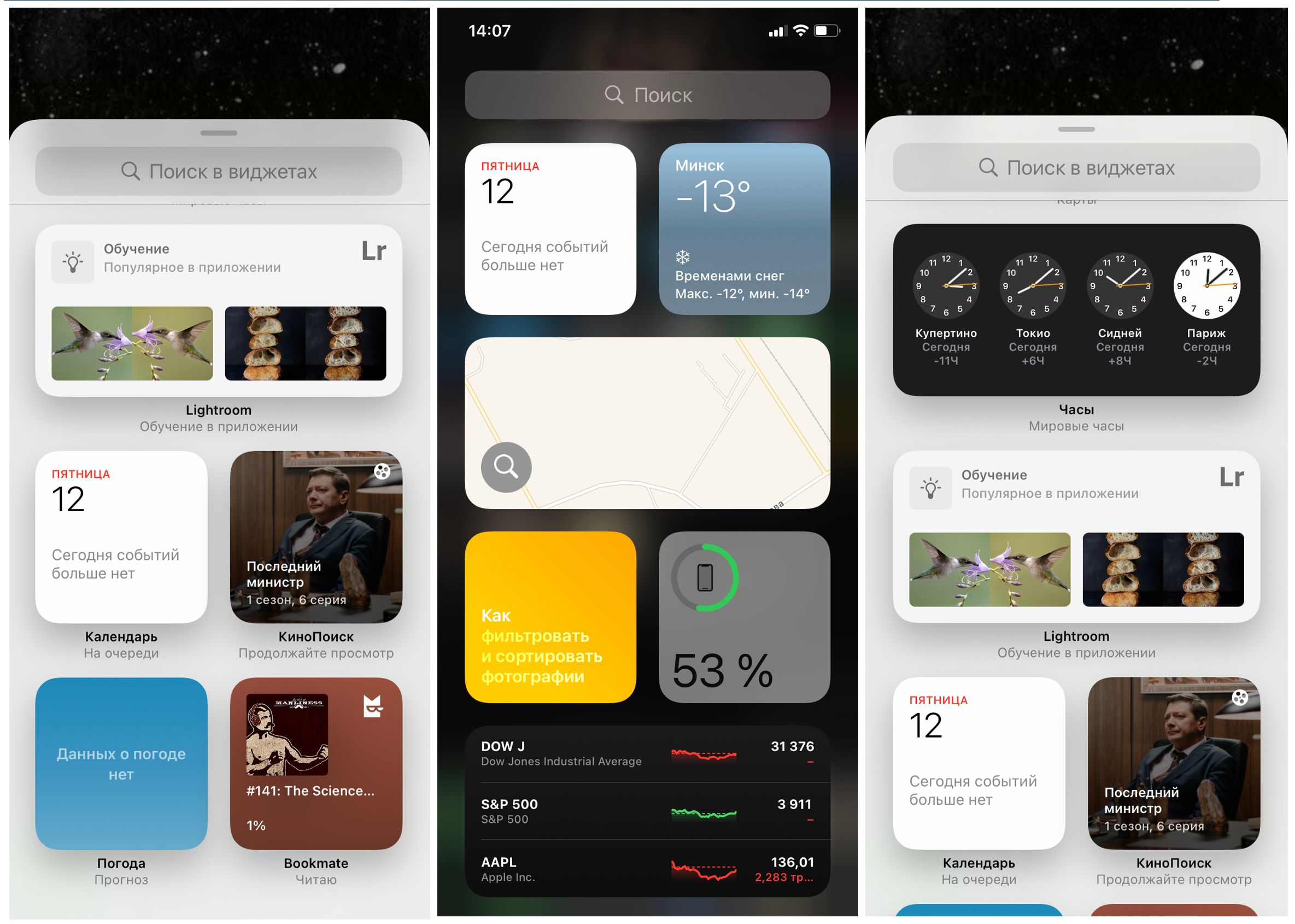 The best time to make a widget for your app

Android users are the lucky ones, they were the first to enjoy all the advantages widgets provide. One of the surveys, conducted by NextPit, showed that more than a half of users continue using different widgets on an everyday basis, apart from casual clock and weather ones.

Now the situation has changed and iOS 14 users can add widgets from the third parties on their screens too. So they can stay tuned and enjoy the most recent news and other information. The widgets, like the ones for Android, allow the users to access an app over the home screen and even macOS Notification Center.

Technologically, it is a huge shift towards better usability and improving user experience. Another reason is that these new iOS 14 widgets turned out to be even better than the ones for Android because of significant improvements in functionality and design:

These changes mean not just a better user experience. iOS 14 is an immense new field for developers to get accustomed to. If the widgets of your app will stand out among the rest of the market, you get much more users and potential profit.

There are popular widgets; here we are not just talking about old good Weather, Stocks, Screen Time, and Reminders. There are tools for a workout, time management, deals, music players, and even investment. The apps, providing widgets with the recent data and most up to date information, attract people because it's in our nature - to benefit from being tuned.

Widgets don't just concern developers and business owners. On the other side, users benefit from this innovation too. That's why talking about the widgets it’s impossible to look at them from one point. Let’s start from the users’ perspective, simply because it is them we are building the widgets for.

1. Everything at one glance

Screens become bigger and bigger, so the home screens are flooded with apps and their number is about to grow further and further on. It’s pure psychology - our mind can’t bear emptiness and need to fill it. In these terms widgets save much time, offering quick access to the most used apps so the user does not have to waste time searching for the needed icon on the home screen.

There are three sizes available in iOS 14 and each of them contains different portions of data but can be adjusted on any spare place on the home screen.

If the user needs to check all the available widgets he needs to swipe up to the far left Notification Center screen, scroll to the bottom, and click Edit. 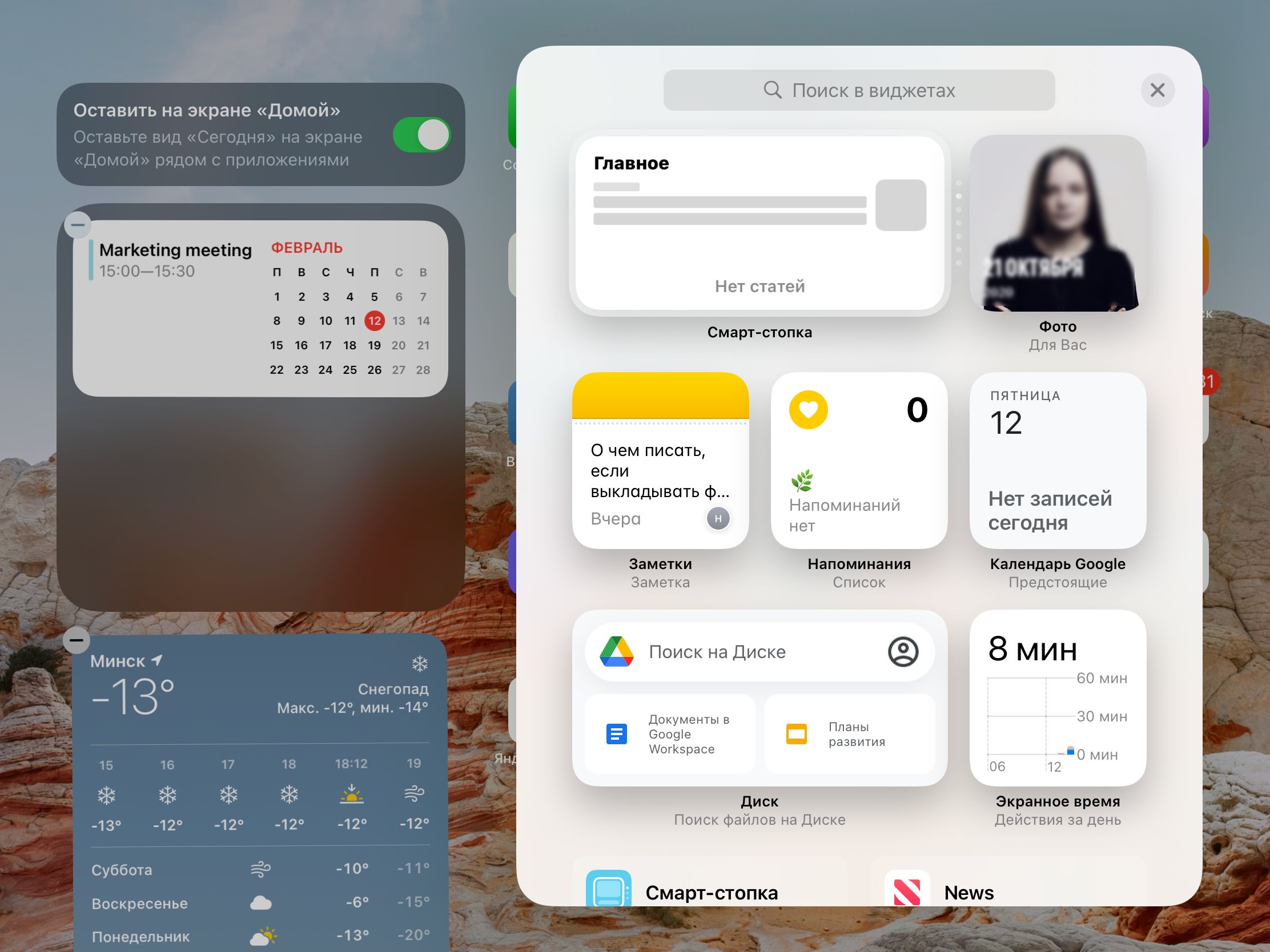 Quick access is good but is not the only advantage of using the widgets. First and foremost, they are designed to display the most important and up to date information. The update schedule is set by the developer and depends on the app’s specifications. New and brand new widgets are updated by the system itself. In all other cases, the app is responsible for update processing after a widget extension in Xcode is created.

Standards are the king, so while Apple offers WidgetKit framework and widget APIs, they also add some documentation to be followed so the widgets are up to date and not to move away from the specs.

Just for you to know, one can’t make a widget without SwiftUI being installed on the app. After that the newly created widget has to be configured with TimelineProvider, so WidgetKit will know the time of the next update for the widget content.

Developers need widgets. But what for?

As it was mentioned, the thing is in the benefits which the widgets provide if being implemented in the app.

You might get an idea that widgets are the most popular feature in the apps, but they are not. Moreover, there are lots of people who have no idea they exist. Other people are huge widgets fans, so in some cases, they can even post claims to the developers for not implementing more and more widgets.

In case you think your target audience is closer to the first group and widgets are not your cup of tea, reconsider. Just think of information the users would like and appreciate. In reality, the information is not limited to the weather feed. Widgets can display literally anything, from bookings and reservations to the reminders to drink a glass of water.

How do you make people remember your app? Create something that will be a constant reminder; widgets are perfect for that. When the users continue visiting your app regularly, the app lives. There’s even a metric called “user retention” and it shows, in general terms, how often customers visit an app after it is installed. So think of it as the closest data to be displayed as a widget and enjoy the benefits. 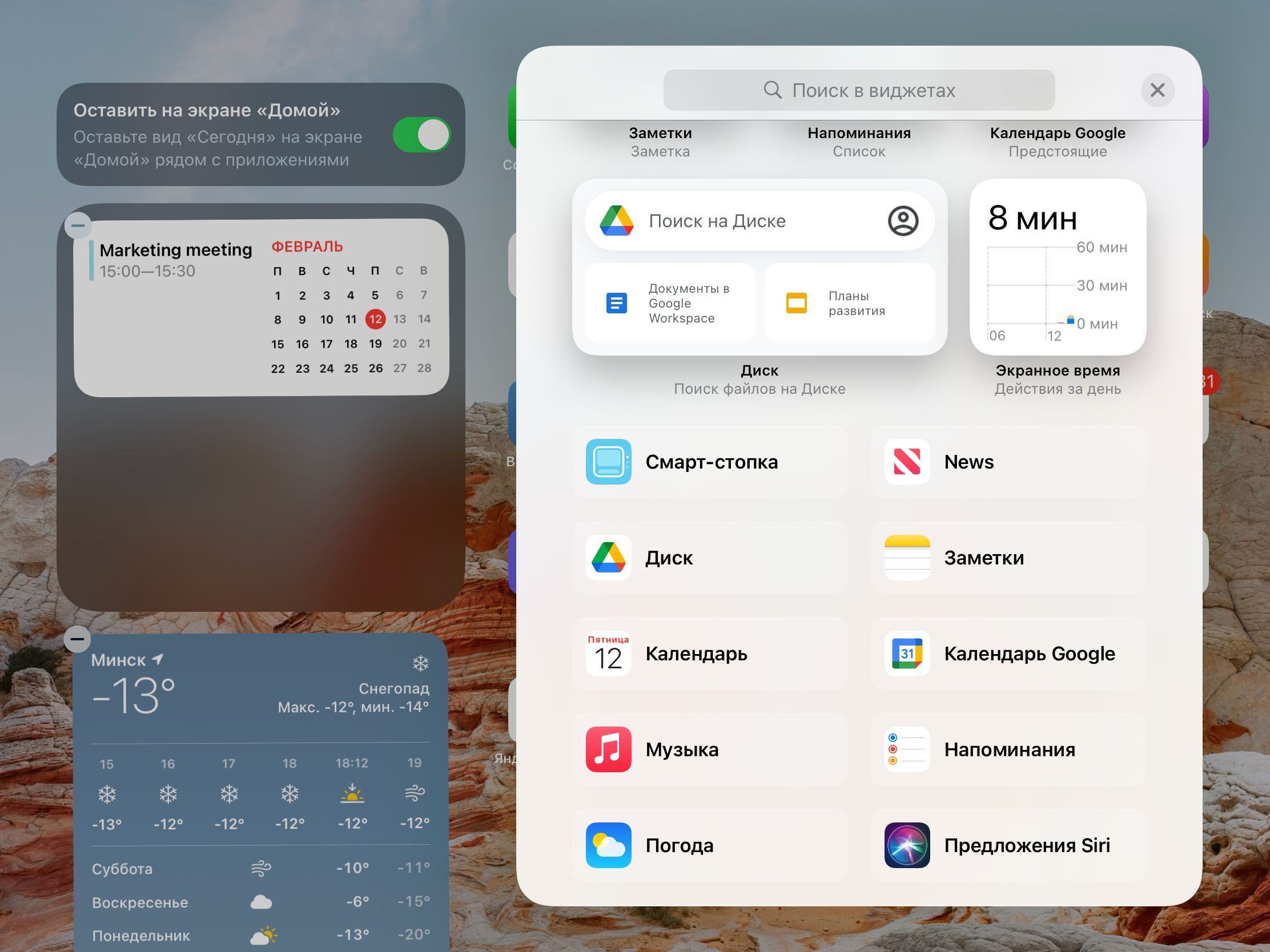 When discussing some topic I always try to collect the most accurate and up to date information. In the case of widgets, I’ve decided to talk with the teammates, the ones, using iPhones and to ask them precisely what widgets they use and consider to be helpful.

Useful tips for your widget

One of the main mistakes the developers (and, furthermore, customers) do when creating a widget is app duplication. If the widget simply reproduces the app, what is the use of it? Users will get zero benefits. Overloading is another issue. It confuses and decreases the quality of the user experience. In case the widget does not display the data, important for the target audience, it is simply useless. So keeping the balance is the task.

The most common example is a weather app. It has to display today’s temperature and some icons to sum up the general forecast. Simple, efficient, useful. Perfect. 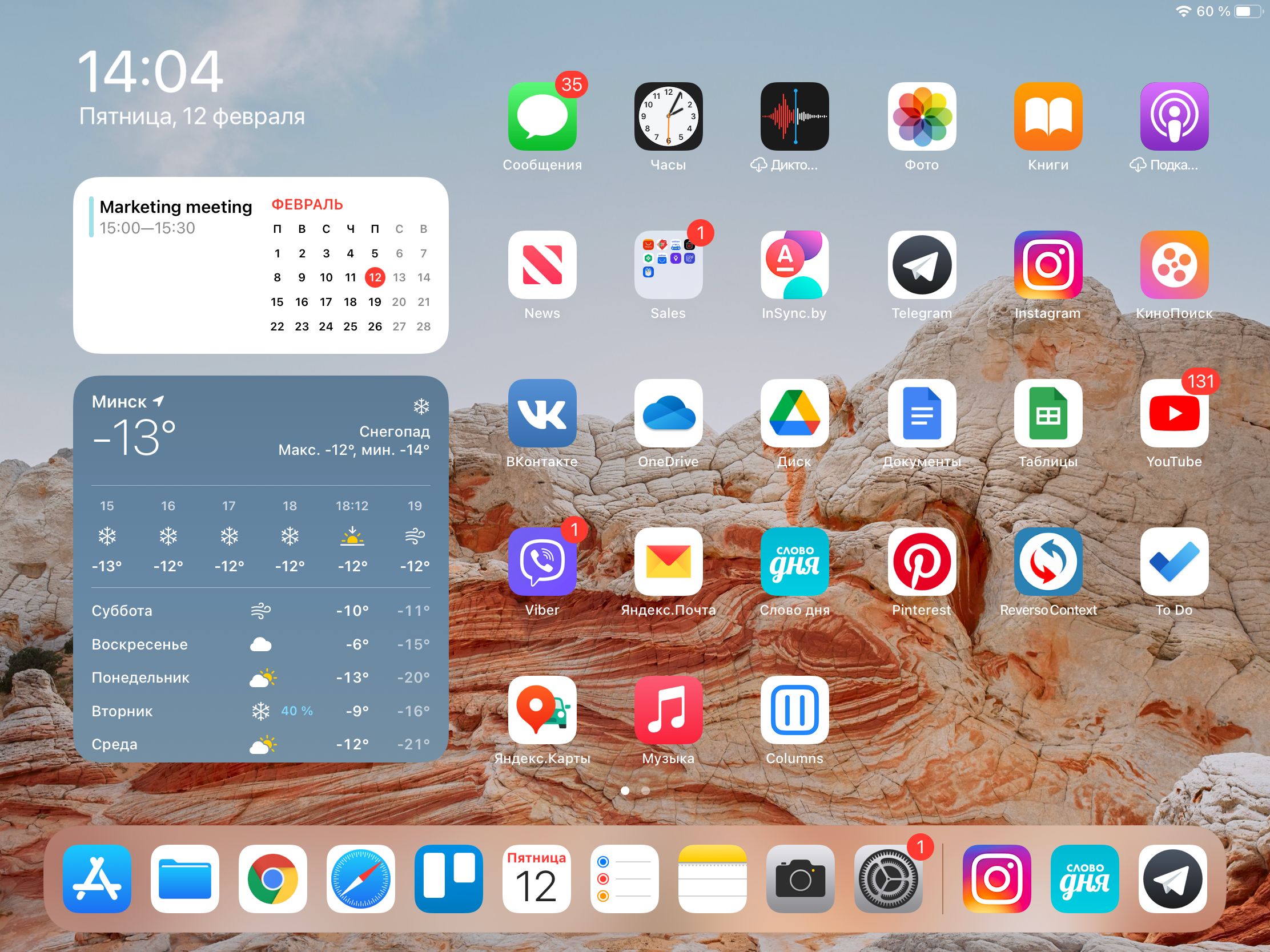 iOS widgets have one peculiarity to be kept in mind - they are static, so can’t be interacted with by the users. Tapping on them just opens an app, nothing more. Android allows you to add some additional buttons, so the widgets become interactive.

In case you have an app rich in data, figure out the most important information the users will need. Often people use your app, not in the way you think or even intended. Linkedin widget, just as an example, displays the ones who looked through the user’s profile. Active job hunters use it for their purposes to interact with HRs. But is the information important enough to make it displayed on the widget? The question is still open. The app can’t meet all the requirements of all the users in the world. But users’ interaction analysis can help in determining the best way to develop the app and the widget.

After the iOS 14 release, it became possible to create widgets of different sizes. Thus they retain users’ satisfaction rate grows too. The reason is simple - all technical implementation was taken care of by Apple. So if you feel you need some improvement and think a widget is a good decision for your app, just drop a line to Celadon team.