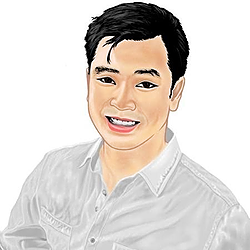 The technical consultant of "LogicSpice".

Android is the most popular operating systems these days and especially when you are a mobile user, you tend to opt for the android. The reason behind the same is that android is easy to use and open source which makes it easier for each and everyone to operate. Another reason behind the increase in the number of android users is that the android based mobiles are cheaper when compared to the iOS based phones.
Android 8.0 Oreo has already started to make an impact over the market and you all want to make sure that you have the recent version in your mobiles. The platform has numerous advantages over the previous versions with improved speed and performance that is making the things smoother for you people.
But one of the things that you have in mind is what’s next and to this question the answer is Android P which is the newest version of the Google based OS. It is soon going to be launched in the market and said to have features that are much better than the existing platforms. It is going to have better security and speed which are the two most important aspects for anyone of you looking to buy a mobile phone.
Especially the security has become a cause of concern for  people with data stealing becoming quite a serious problem.

Here are some of the features of the Android P which makes it much better than the previous versions.
Enhancing the security
The most important thing that people look to improve upon is the security and this is where android P trumps all the previous versions of android platform.
You will have an option to mark or report an app as idle and all your major gadgets such as the camera, sensors and the microphones will not respond to that particular app.
Thus, the apps that tend to leak your data and land you in severe troubles can now be controlled with added ease. There is also an added option to encrypt the data which is backed up on your device so that no one is able to do any tapering with your all important data.
Another very important feature which will be there in the all new Android P platform is that you can secure your apps in a much better manner. In this very android system, you can also protect your apps through the fingerprint scanners in addition to the screen lock.
It helps you in a better manner as many individuals tend to give phone to people for a particular use and they start interrogating your apps which you do not like. Thus, your private data is quite safe and secure in the new version of android and no one can breach it without your permission or consent.
Supporting multi-camera
This is another feature in the Android P which you all are going to love as most of the phones these days have multiple cameras. But the problem is that in most of the phones, you can only use one camera at once thus not able to cover all angles and details. Live portrait mode will also be possible in the new Android P platform which is only available in the Apple phones till date.
You can also use your camera now for some of the commercial purposes which will make your life even better with this new variant of Android P.
In addition to this, it is also going to provide better support to the third party apps which is not the same with the current android apps. Thus, the third party camera party providers are also going to be privileged by the new version of the apps.
Better support
This is another feature in the Android P which makes it better than the existing versions of the android device. In the recent versions of the android the support and the apps are going to become interactive which is going to be quite crucial in the future. Support is the most important prospect and with the changing times, you all want to have instant support.
In the Apple, you are having the feature of instant and interactive support for the users. So, the Android is not going to hold back with this new version and make a better statement. So, brace yourself for a better experience which is just going to be launched in the upcoming days.
Launch date
There is no date which is yet announced by the Google for the launch of Google P but, as per the rumors in the market, it will be launched on 08/05/2018. The press conference on the 8th of May will give you a deep insight about the Android P and how it will change the experience for the android users.
The first mobile phone is expected to be launched in the month of October in form of Google Pixel series. But if you tend to opt for some of the other companies such as Vivo, Samsung, Motorola or HTC, you may have to wait some further for the Android P to be launched in these mobiles.
Conclusion
Android P, the latest in the series of the android OS platforms is going to be quite different from the previous versions. Google is trying to compete with the Apple in its latest operating system and this is why so many upgrades are being made in this version.
This is why; they are so concerned about the safety and security which has become a problem in the recent times.
The privacy level is not the same in the Android when compared to some of the other platforms and this is why they are working on this very issue the most. So, brace yourself for the best operating system till date which is certainly going to take your mobile experience to a whole new level and make you feel much secure, as well.