2020 was quite the year and this is especially true for aleph.im and the wider crypto space that saw significant growth and interest in the second half of the year, triggered largely by the DeFi Summer. With the new year starting and the festivities over, we would like to give you a recap of what we’ve accomplished during 2020, where things stand now, and what we’re looking forward to in the future.

We started the year by adding support for the Neo blockchain. We also conducted a token distribution to Pikciochain holders on Neo blockchain as PikcioChain’s parent company shut down.

In early March, our founder Jonathan Schemoul (also known as Moshe in the crypto community) presented aleph.im at EthCC in Paris (see the video recording), the last physical event aleph.im attended before Covid restrictions were put in place. 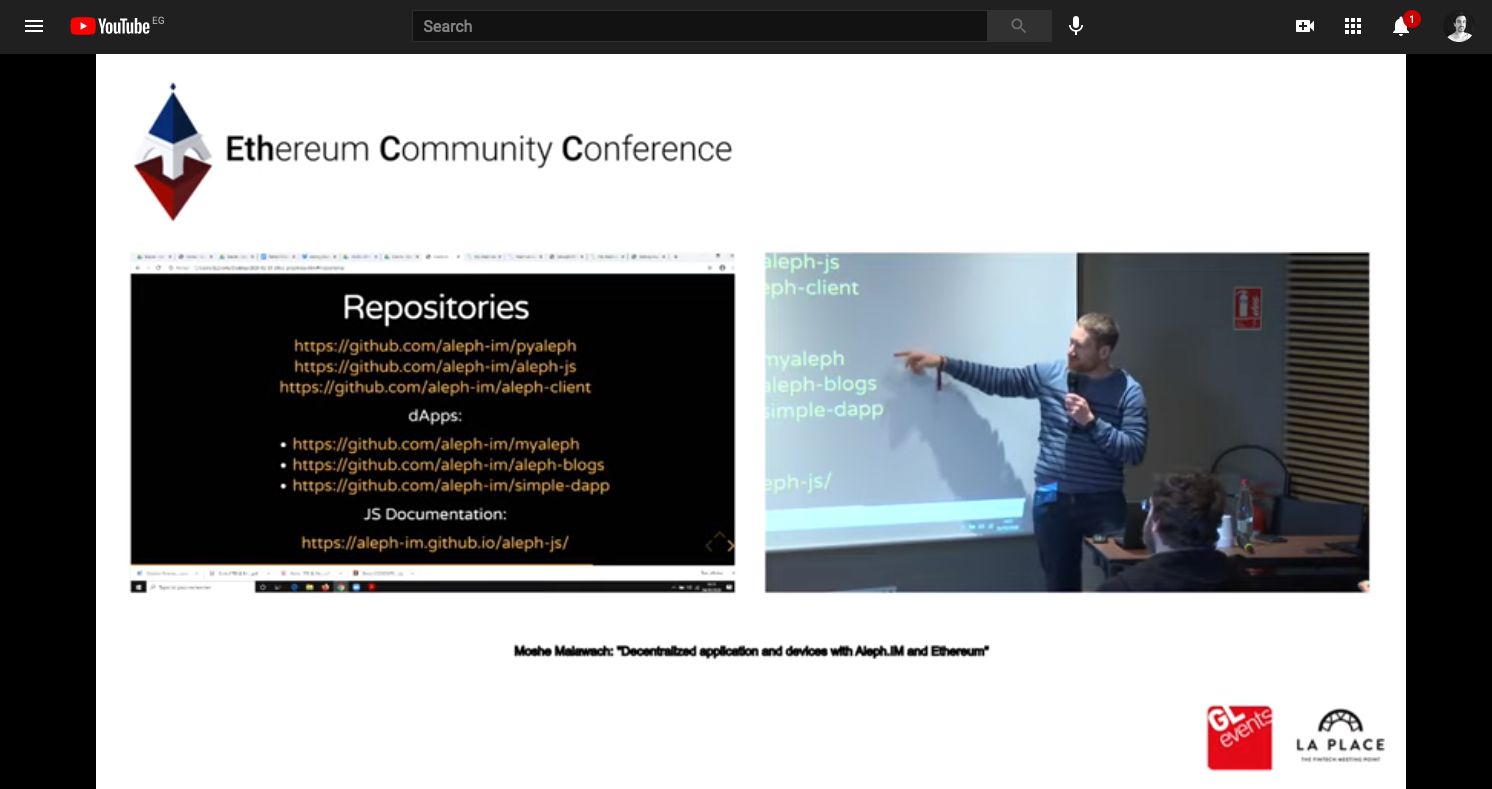 The Javascript client library SDK was launched for developers to easily integrate their web apps with aleph.im and finally be able to build fully decentralized DApps.

On the product side, we launched our functional decentralized Personal Storage DApp, and the Token Swap App to allow users to swap their ALEPH tokens between the NEO, NULS and Ethereum networks.

ALEPH also got listed on its first exchanges, including Uniswap, Balancer, Paraswap, Switcheo, 1inch and Hoo.

In June, Moshe did his first AMA with CryptoDiffer.

The ALEPH total token supply was reduced by half along with a tokenomics update (read the announcements here and here).

With the building momentum from the DeFi summer, aleph.im started to steadily gain traction. 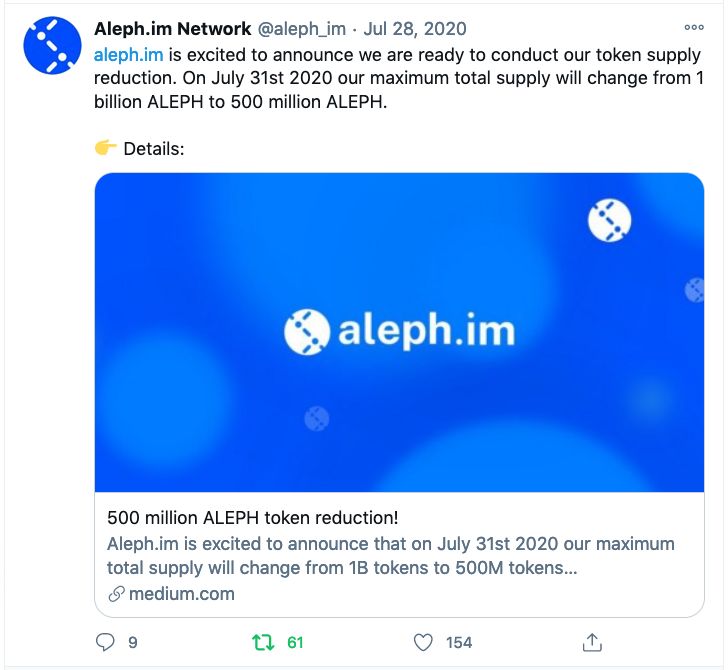 During this quarter, ALEPH got listed on Eterbase, IDEX, Serum, Kucoin and Beaxy. With the ALEPH token total supply halving and the general bullish market sentiment spearheaded by the DeFi space, aleph.im experienced a surge of interest.

Our first partnerships were initiated, with a focus on the DeFi space, as it was clear that projects needed a solution right away to reach full stack decentralization. We partnered with Serum Foundation (FTX backed DEX that runs on Solana), Phantasma, Jarvis (read here and here), DeFiPie, Evidenz and Orion Protocol.

As public interest in aleph.im rapidly grew, Moshe was invited to many AMAs including SatoshiClub, Kucoin, Gains Associates, and ID Crypto Official.

The last part of the quarter saw the Kucoin hack, which occurred on Sept. 25th 2020 and resulted in the swift issuance of a new version of the ALEPH token (ALEPH V2). We immediately informed all of our official partner exchanges of the new token issuance and attempted to get in touch with exchanges who independently listed ALEPH with no official partnership. All wallets, including exchange wallets, that held V1 ALEPH tokens received the same amount of V2 tokens. Our partner exchanges (including Kucoin, MXC, etc.) performed the migration successfully for their customers. However, Hotbit exchange did not forward the migrated ALEPH V2 tokens to its customers and continued to allow deposits and trading for the deprecated V1 token long after the situation was made clear and communicated on our official channels. Also note that we decided to conduct this migration to the V2 variant of our token to protect our token holders, just like the 15+ other projects also affected by the Kucoin hack.

The last quarter finished with a bang with new integrations, partnerships and exchange listings.

We integrated the two leading interchain projects Polkadot/Substrate/Kusama and Cosmos, meaning that now the 350+ projects building on these ecosystems can use aleph.im.

The ALEPH listing continued with listings on Bancor’s cutting edge single-sided AMM, MXC, Gate.io and Kyber/Kyberswap. We also announced rewards for Uniswap and Balancer ALEPH liquidity pools. With all this, we made sure we covered CEXs in Asia and reinforced our presence on DEXs/AMMs.

Meanwhile, Moshe attended a video interview with RioDefi who we have partnered with and did an AMA with Gate.io during which he did the staking launch. 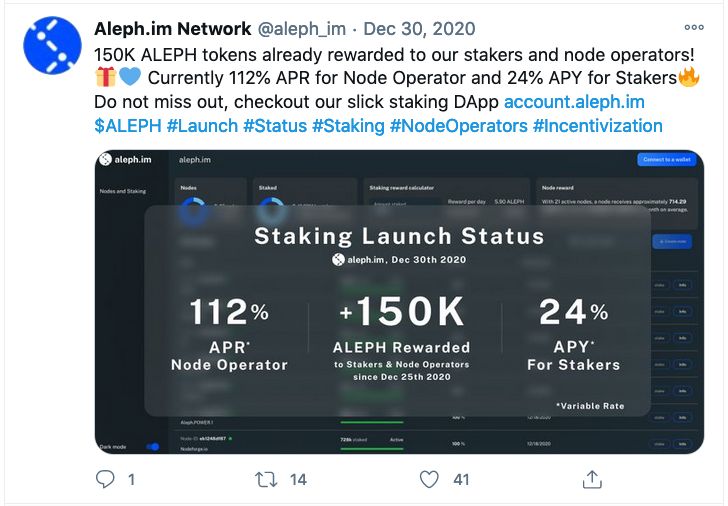 We finished December with the Staking and Core Channel Nodes Launch. Against all odds, we remained on track with our roadmap timeframe, with our team working day and night to make it happen and we launched shortly before New Year's eve. Our staking and node launch got off the ground quickly, reaching 24 registered nodes and +35% of circulating tokens staked. We are now entering the new year with higher figures and have even higher short term goals.

2020 was an amazing year for aleph.im, with many challenges overcome and incredible successes. Although the crypto community has endured several years of a tough crypto winter, we strongly believe that the momentum gained in 2020 will continue on in 2021.

We have an endless amount of tasks and big goals for 2021. We will keep growing our network of nodes, empower our stakers and token holder community further; we will keep improving our core product, integrate with more blockchains and partners, and enable projects to unleash the first fully decentralized DApps of the web3 era.

The crypto space is now gaining peak visibility in the mainstream media and beginning to disrupt traditional finance with institutions jumping in with huge capital. This new interest ushers in a big wave of new talent to the deFi ecosystem, with new players building more decentralized products and looking for the best decentralized products to build with. That’s exactly where you can find us, at the core of this “true decentralization” ethos driven by the mission to strip off the last remaining centralized components of existing DApps and protocols.

Thanks and Keep In Touch

Thank you so much for being part of this amazing story.

Join our live conversation on our Telegram Community Chat. 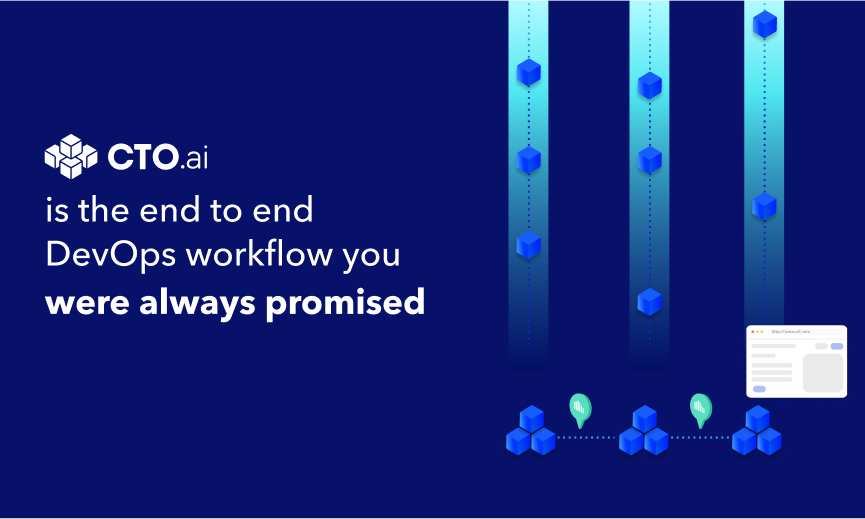 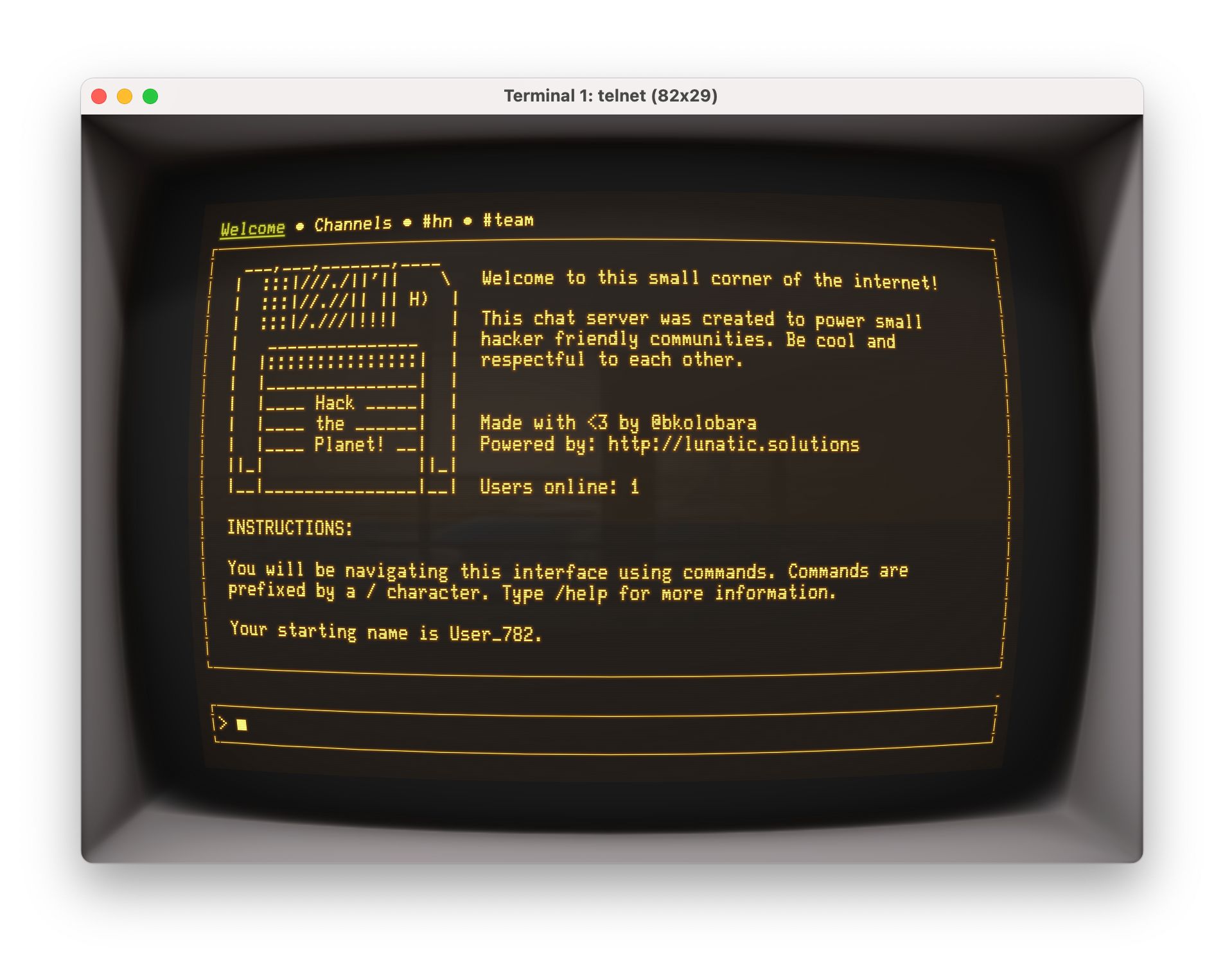