An Update from the Editorial Team at Hacker Noon 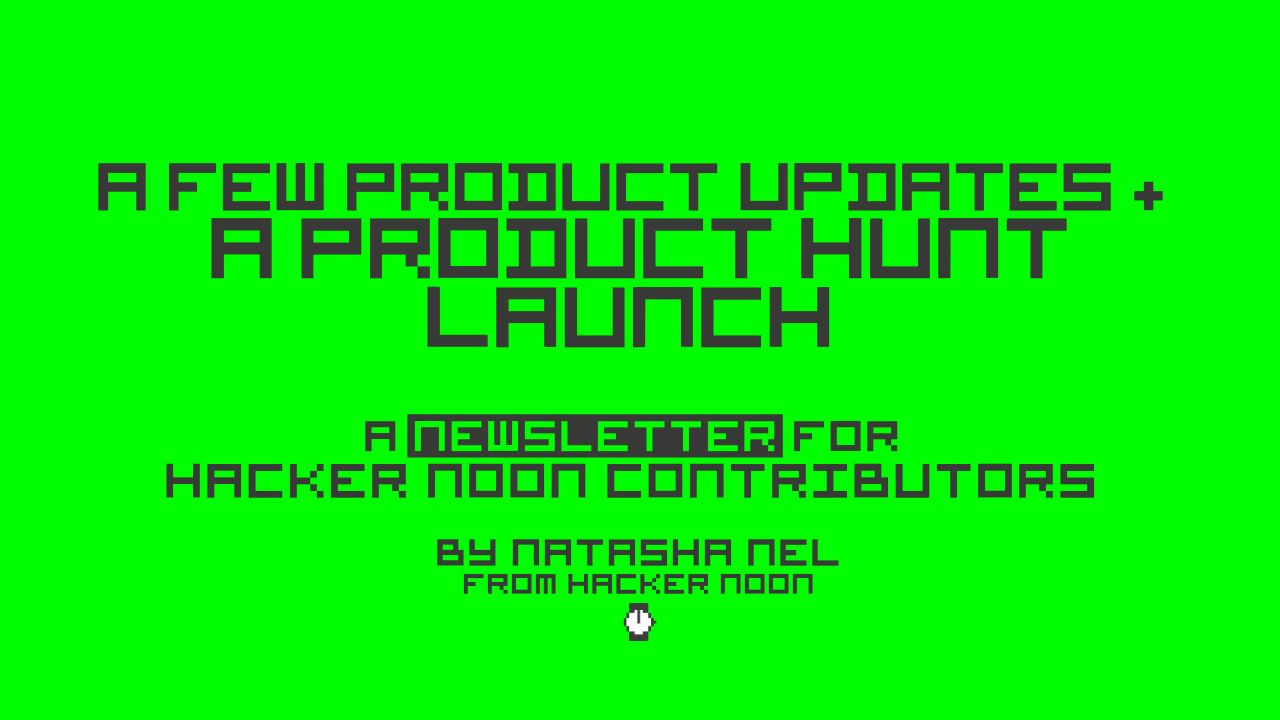 A longer version of this post was originally published as an email to Hacker Noon's 12k+ writers. To get onto that list, create an account and submit your first tech story today!

In August news from the team behind the internet's best place for tech people to publish things:

First up, an apology: I'm sorry I've been ignoring you. It's been a couple months since my last letter to Hacker Noon's writers — and, well, I know it's probably the number one thing you have to look forward to right now, and/or always.

If you've been feeling neglected, it's only because I've been very busy and important:

(a) recruiting and onboarding not 1 but 2 (!) new Hacker Noon Staff Editors, and

(b) getting YOU the recognition you deserve this year by launching V2.020 of Hacker Noon's Annual Tech Industry Awards: The Noonies (check us out on Product Hunt!)

Are you a Top Writer in one/more of Hacker Noon's Top Tag Categories? 💃 Congratulations on your nomination/s! 💃 It's not too late to get someone else (or yourself) a last-minute Noonie Nomination: check out all the awards here.

LAST CHANCE TO NOMINATE / GET NOMINATED FOR A NOONIE >

Next up: How to be the King of Nonsexy but Extremely Important Tasks on Your Team

Our fullstack hero Austin has been leading by example, as always.
Practicing delayed gratification and working on some "nonsexy" stuff deep down in Hacker Noon's Editor, promising to to make it:

That's right, Writers: we hear your manic cries for Markdown.

On the subject of LOVE: ✨ 2,656 ✨ of you are officially Web Monetized Hacker Noon Contributors!

(The rest of you: learn how to add your Coil metatag to your Hacker Noon stories.)

In other Product News: Hacker Noon's shiny new dev, Richard Kubina, has been making mad improvements to how Editors sort and schedule story submissions, which is helping us work through the lockdown-induced backlog of new stories.

PRO-TIP: Aim to Write a Hacker Noon Top Story to get your next story published faster.

Storm's been pretty caught up in the Noonies, and Austin and Dane have been working on (among many other things) that super secret new feature for which we promised you an exclusive hint...

(*without resorting to the abuse of your personal data!**)

Annnd that's about all I have time for today, folks.

Don't forget to check out our shit on Product Hunt and upvote it if you want (yes, I know I'm not supposed to say that. #FTP #YOLO ❤️ 🅰️ 🖤 )

See you on the internet, Natasha from Hacker Noon ✌️

**Definitely not accusing any newsletters, named or unnamed, of this indisputably awful practice. This is a reference to publications with paywalls and/or targeted advertising. That is all.