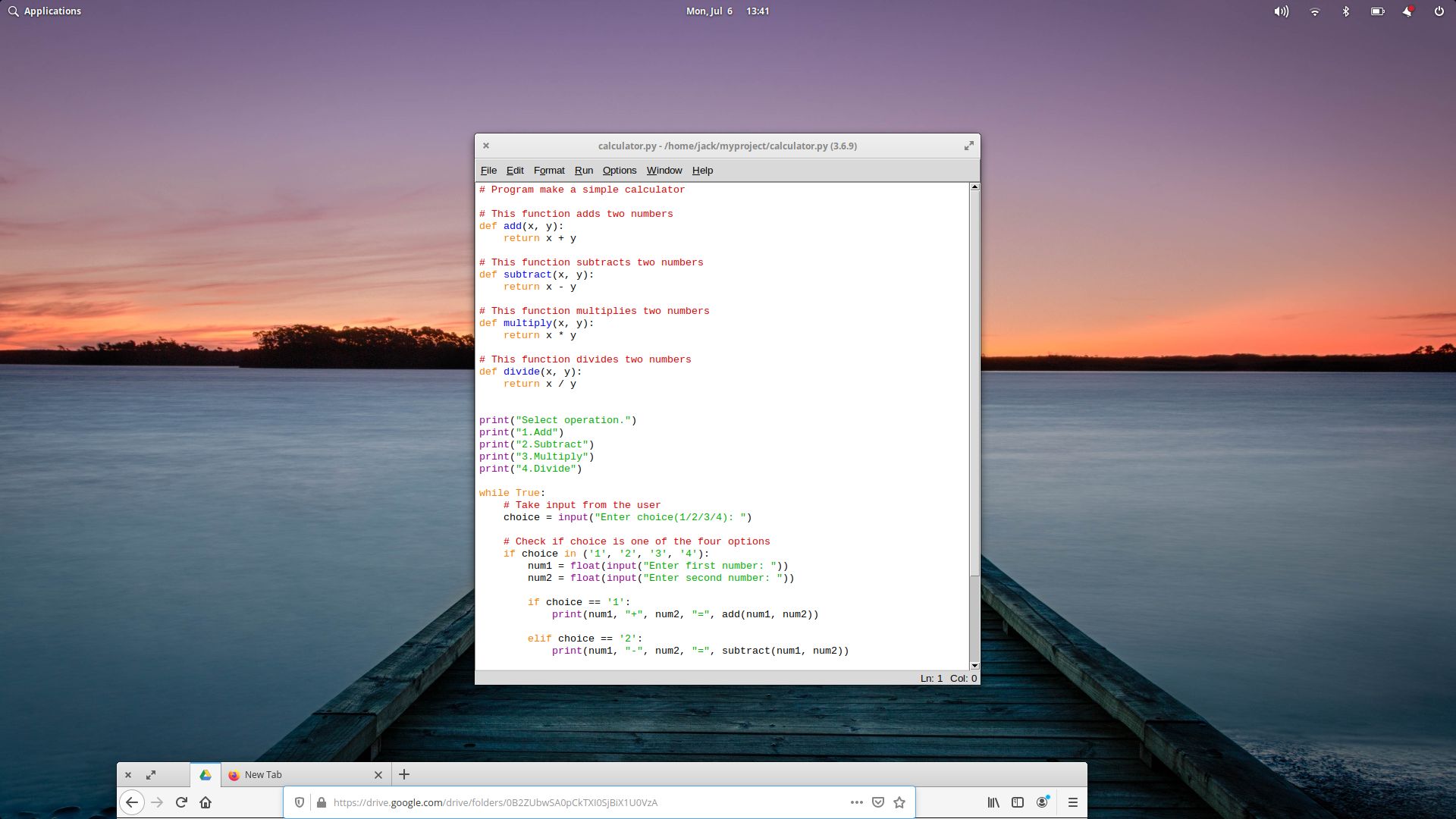 Python was created by Guido van Rossum and originally released in 1990. The original scope of the language was focused on code readability with significant use of whitespace, language constructs, and an object-oriented approach.

The goal of Python was to help developers write clear, logical code for projects of all sizes. This open-source, high-level language includes built-in data structures, dynamic typing, and binding (ideal for Rapid Application Development), as well as scripting and connecting existing components together.

One of the main reasons developers enjoy working with Python is because of how productive it is. Python doesn't require a compilation step, so the edit-test-debug cycle is very efficient. This also helps to make debugging Python applications incredibly simple. A bug or improper input won't cause a segfault. Instead, when the interpreter runs into an error it merely raises an exception.

But before you can get to the point where interpreters are throwing exceptions, you've got to write the code. And while many Python developers are quite comfortable with working from within a simple text editor, others do prefer a more standard Integrated Development Environment (IDE).

Fortunately, there are a number of outstanding IDEs that work quite well with Python. Let's take a look at a few of these editors to see if one of them might meet your Python software development needs.

If you don't want to take the time to install Python, and then install a Python IDE, the Online Python Compiler might be exactly what you're looking for. With this handy browser-based tool, all you do is open the site, start typing your code, and then click the Run button. It really is that simple. Of course, there are no bells and whistles to be found in this online tool, as it's nothing more than the means to code and run Python applications, without having to install software on your desktop.

IDLE is Python's official IDE. This entry into the IDE list was written in Python and uses the tkinter GUI toolkit. One benefit of using IDLE is that, once you've installed Python onto your system, it will include the IDLE application. This particular IDE is great for learning Python. It includes the Python interactive interpreter, auto-completion, syntax highlighting, smart indentation, and a basic debugger.

The one caveat to using IDLE is that it's not optimized for larger projects. Because of this, you'll most likely use this IDE for the task of getting up to speed with the Python language.

Spyder is a Python IDE geared specifically for scientific projects. Spyder was designed by scientists who need to be able to integrate their projects with the likes of Matplotlib, SciPy, NumPy, Pandas, Cython, IPython, and SymPy.

Sublime Text 3 is a multi-language IDE that includes support for Python. By way of customization, it’s possible to evolve this code editor into a full-fledged Python IDE by installing extra packages (such as a debugger, auto-completion, and code linting). The features of Sublime Text 3 include syntax highlighting, command Palette implementation for user text input, UTF8 BOMs in .gitignore files support, display badges for Git status on folders, and files, changes to files are represented by markers in the application gutter.

Visual Studio Code is an open-source IDE from Microsoft which can be used for Python development. This electron application features smart code completion (based on function definition, imported modules, and variable types), Git integration, code debugging directly from the editor, themes, and extensions for additional languages.

VS Code has one of the finest UX on the market and can very quickly become your favorite editor and IDE.

Thonny is another Python IDE targeted at beginners. With this IDE, it's easy to get started with Python. One reason this tool makes it easy for those new to Python is because when you install Thonny, Python is included. So with one simple installer, you get both the Python language and a user-friendly IDE.

The Thonny interface is intentionally simple, but also includes a number of useful features, such as syntax highlighting, a debugger, code completion, and step-through expression evaluation.

PyCharm steps up the game a bit by targeting professional developers, so it would be perfectly at home with any Python web development company. This IDE was created by JetBrains and includes plenty of features, such as code completion, code inspection, error-highlighting and fixes, debugging, version control system, code refactoring, PEP8 checks, and testing assistance.

The one caveat to using PyCharm is that it can be a bit resource intensive. Low-powered machines will get bogged down when using this tool.

Price: There are two versions of PyCharm - a free community version and a pro version with support for Web development. The pro version is $199.00 for the first year, $159.00 for the second year, and $119.00 for every year after.

If Python is your jam, there are plenty of tools to help make your development much easier. Whether you're new to the language, or a seasoned professional, you'll find an Integrated Development Environment perfectly suited for your needs.