You'll notice that most of these startups abstract complexity so they can offer the end user simplicity. In my opinion, that's really the key to scaling disruptive tech.

These 5 startups grabbed my attention as potential leaders in Web3 in the coming years, and they're just 5 of many teams I am watching closely and rooting for.

If you aren't familiar with the concept of The Metaverse, you might want to check this out before you read any further. As a long time gamer (and a good one FYI) I've always been interested in the Ready Player One future and how it would be ushered in (without the evil IOI crew in the driving seat).

In the past few years, and particularly in 2020, we have seen a meteoric rise in game sales, user acquisition, and ground-breaking technology.

While technology continues to outpace itself, some of the infrastructure it's built on remains clunky and unable to scale in parallel. With the rise of photorealism, world-building tools, and fast-paced improvements to virtual and augmented reality, there is a need for better identity management and network interoperability for the user.

Most of the current networks and systems are siloed. You need countless passwords and usernames, items and skins don't move with you through games, and data breaches are still a big problem. This is where Crucible comes in.

Emergence Offers the potential of the following for the first time:

Crucible is all about User Sovereignty and building Sovereign Systems. The Emergence SDK is just the beginning, and gaming is only the first step to building The Open Metaverse - but we'll leave that for another time...

To learn more about Crucible, check them out here. Game Developer? sign up for Emergence here.

Interacting with Blockchain applications can be expensive (we're looking at you Ethereum), not just for developers, but also users. Gas is a concept I imagine most readers are familiar with, but if you're not - think of it like a payment fee that isn't static and varies based on network demand, and you're charged it every time you interact with a public blockchain.

It makes interacting with dApps expensive and is a big barrier to adoption.

Biconomy offer scalable relayer infrastructure for blockchain transactions enabling you to build applications easily and reduce the friction between your applications built on the blockchain and your end-users.

In essence, Biconomy allows the developers to absorb the friction and costs involved in deploying and running dApps. Meta Transactions allow users to interact with public blockchains at no cost, drastically increasing user retention and acquisition for dapps utilising the very simple yet elegant infrastructure Biconomy has created. You can check out the live demo here, which allows you to rate books on-chain without spending gas fees.

Biconomy is Blockchain Agnostic, meaning it supports the leading chains. It offers a Developer Dashboard to monitor your dApps and gas fee consumption and can be integrated into existing systems and dApps that have already been deployed to make matters even easier.

Cases where relayer infrastructure like Biconomy shines is Games, Finance and DeFi, and of course Enterprise applications. Nobody wants to pay to use an app.

To learn more about Biconomy, check them out here.

In recent years, data is a big talking point. A few companies are working toward principals of Data Sovereignty - but not many have got a working product yet. With Brave Browser recently hitting 15 million users, there is a clear demand for earning while you browse - and protecting your data at the same time.

Swash is a browser extension that can capture, anonymise, and sell your data on a decentralised marketplace, and you’re in control of what to share.

The monetisation is done by pooling your data with others, masking private and sensitive data, and adding it to the Streamr marketplace. This method means it's both safe for the user but also cost-effective for the buyers who can get the data they need affordably. This is the widget that you'll see in your browser. Slick UX and pretty self-explanatory. As I just installed Swash, my earnings are frozen for 48 hours but there are lots of features to allow you to see what data is being collected before it is sent off.

It took me less than 2 minutes to set Swash up. Considerably faster than I was expecting. If you're a crypto user you know these things can be really painful, but this was a breeze. You're paid in DATA tokens based on how much data you want to share as seen below. At least for crypto users, data monetization is exceptionally interesting as a talking point - and following the success of Brave, we can hope to see similar patterns for Swash.

The difficulty with Swash is that it represents a double-sided marketplace for data. On the plus side, users are paid regardless, but customer acquisition is still important for Swash to be a successful business. It will eventually become essential that they are able to offer a stable pricing credit if they wish to scale. Tokens make a subscription SaaS model very tricky and generally will put most buyers off. - perhaps ZIP is a solution here.

To learn more about Swash, check them out here. It currently supports Chrome, Firefox, and Edge.

Rather self-explanatory, LinkDrop allows you to send Digital Assets by hyperlink. Simple, yet genius, this is an increasingly common feature in a number of cryptocurrency wallets - but LinkDrop aims to make this a "Service not a feature" through a SaaS portal that allows the creation of more complex campaigns.

LinkDrop already has amassed a Unicorn friendly client base that includes Binance, Coinbase, Decentraland, 0x, CryptoKitties, Opera, and MakerDAO. When I spoke to the team, I learned that all of these leads were inbound, showing an extremely apparent demand for simple on-boarding processes into Web3 apps.

The beauty of LinkDrop is that it can onboard first time users into Web3 products very easily. When I tried the app, I was directed through a setup process than took less than 2 minutes - (a theme that emerges in this article - take note!).

The challenge LinkDrop will face is in creating a compelling SaaS model with competitive pricing that scales for big and small Web3 businesses and offers the right analytics for very large campaigns. There are already wallet projects that are offering Linkdrops, such as UniFyre - to send digital assets and onboard new users, so the key is in the service rather than the feature. As long as the Dashboard is user friendly, with good analytics (the beta seems so) - I can see no barriers to growth for the team.

To learn more about LinkDrop, check them out here. Setting up Node Infrastructure for Blockchain Networks sucks. It's complicated, clunky, and comes with risks. Despite that, it is necessary to creating fairly distributed networks that can scale.

"GanTree gives you the leverage you need to deploy, manage and monitor your own node infrastructure." - an all in one solution for Node management.

By abstracting the complexity from node deployment and management, GanTree can drastically improve the process for creating distribution at scale.

GanTree is primarily targeted at:

GanTree is taking a grassroots scaling approach - initially targeting builders in the Substrate ecosystem. I also see an opportunity to scale by offering GanTree to investment firms and centralised exchanges. There is also potential here to usher in new institutional investors as they streamline early node setup for Substrate chains.

The team themselves are well known in the space - over the last 2 years they've won prizes at 5 global hackathons, main track winners at ETH Berlin and ETH New York 2019, and Stood up technical teams for 2 ventures.

They've received the endorsement from Blocknative, Abridged, and Web3 Foundation, too. Clearly not a team to overlook as Web3 approaches a more mature period of growth.

To learn more about GanTree, check them out here. Feel free to also send them pictures of cranes.

That's all for this time, but If you enjoyed this, do let me know and I'll do a part 2. I'll keep my eyes open for other teams, but if you think I should know about others - let me know...

One thing is clear - there is no shortage of talent in the world of Web3. 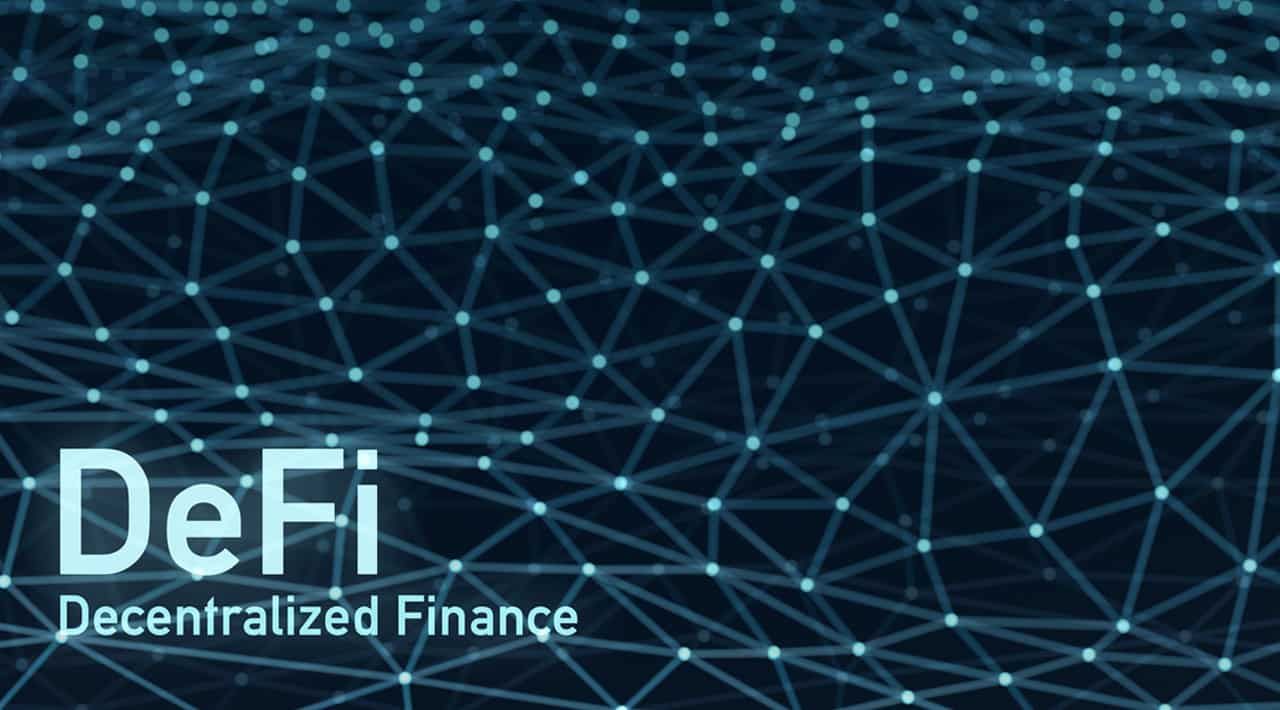 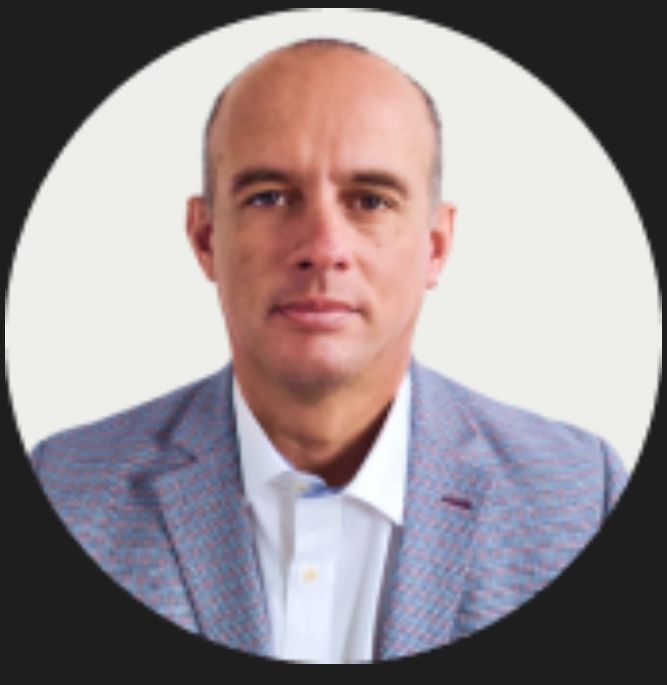