5 Most Common Software Deployment Mistakes and How to Avoid Them 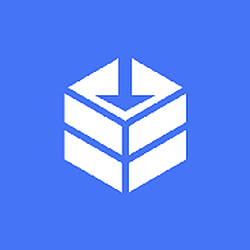 There are a lot of factors that go into the software that drives the world today such as interface design, coding, testing, deployment.

It is quite easy to prevent many of these mistakes and to close potential loopholes. But if you do not know what these mistakes are, avoiding them will be near impossible.

In the process of building software, it is not uncommon to see deployment rushed when a deadline is fast approaching; many developers will do whatever it takes to put software into production. Hard-coding configurations into code is not a rare sight. While this works short-term, it can cause a lot of trouble in the near future (your next deployment).

When it's time for your next deployment, it becomes highly tempting to hard-code the configurations once again, causing a streak of poor practices. However, issues will begin to surface when there is a need to change the hard-coded configurations.

When you need multiple servers such as a development and production server, the hard-coded configs will cause a lot of headaches. In the end, the hard-coding will cause you to miss that deadline, lead to a lot of frustration and can open the door to security issues — the domino effect caused by a software deployment mistake.

The use of environment variables is an effective solution. You can also extract all of the deployment configurations into a config file, instead of hard-coding it. By doing so, you can easily make changes to the configuration values from a single point. It becomes easier to deploy your software to multiple environments.
If you are currently tied up with the harmful practice of hard-coding configurations, you should work to extract the config values. It will be a lot of work, but it will be worth it. You will reap the dividends and meet future deadlines without being scared of the deployment process.

"What you don't use, you lose." While this statement doesn't apply to a lot of things, it does apply to the deployment process. When you have long periods between deployments, it is easy to forget how things work.

Often, there are edge cases that need to be checked before deploying. If it has been a long time since the last deployment, it is natural that you forget them.

The next time you decide to deploy, you then struggle with what should be a smooth process.
Another issue this causes is that it takes a long time before the users get to experience the latest features. What this means is that you can spend a long time on a feature, and deploy, only to find out that the users don't need it. In a software development ecosystem, it is possible for you to be unaware of new features, in your dependencies that can break the deployment build.

The solution to this will be to deploy software as often as you can. Deploy every tangible code change, and receive immediate feedback so the product can move in the right direction.
Using a deployment tool like DeployPlace, you can automate the deployment process, so you do not have to do a lot of work when deploying frequently. If you automate deployments, it eliminates the possibility of making mistakes and reduces the chances of failures.
Who says you can't have your cake and eat it?

From the previous mistake of not deploying code changes often enough, the solution is to push code frequently. However, when doing this, deployers often make the mistake of doing all of the work manually.
By deploying code changes manually, the chances of making a mistake while pushing become high. It is easy to see this happen when deployment is done to the development and production servers.

When frequently deploying to multiple servers, mistakes become a possibility, especially when typing commands to push the code changes.

All manual tasks will become boring at some point—even burdensome and distasteful. As a result, it becomes discouraging to deploy code changes frequently, and over time, developers begin making the second deployment mistake again.
Let's not forget that manually deploying code also takes time. Imagine that a manual deployment process takes ten minutes; pushing code changes twelve times in a week, will cause a developer to lose two hours to deployment alone.

Since manual deployments can create problems from different angles, the way forward is to automate the deployment process. By automating, there is less room for mistakes.
Deployment tools can also help speed up the deployment process, so you do not have to spend so much time pushing code changes yourself. It becomes easier to work with multiple servers as an automated process will handle deployment to all environments.

The process of improving any system has to be a conscious effort; conscious attempts at seeing how things can be better. However, this is usually not the case when it comes to software deployments.

Most times, code is pushed without a check on the key performance indicators to see what can be improved. Many things are a game of numbers, and the deployment process is one of them.

Therefore, developers who do not check the stats to see the impact of specific configurations on the servers are making a huge mistake.

If you look for the numbers generated from your software deployments, you'll be amazed at how much insight there is to gain. There are many monitoring tools such as Nagios, Zabbix and others with Key Performance Indicators (KPIs) such as the CPU and network usage available so that you can monitor performance for yourself.
With a dashboard indicating all the KPIs, it is easier to make better decisions. The impact of having access to the KPIs is that you now have an opportunity to make changes to the deployment configurations if productivity looks subpar or needs improvement.

As software developers, the concept of things breaking is not new. In fact, at many companies such as Facebook, the "Move Fast and Break Things" paradigm drives a lot of decisions. If you are to look at it, moving slow doesn't prevent things from breaking, it only reduces the frequency. However, things will always break.
The mistake here is that, regardless of understanding that things will break, many developers do not have backup plans when pushing code changes. Hence, when anything goes wrong, the entire software goes down.

Sadly, having a backup plan or backup release strategy is considered stressful. It takes time and doesn't produce immediate results.

But if you are to look at it, you can't benefit from a backup plan unless something breaks, but it's not reasonable to wait until something breaks.
The lack of a backup plan can have varying impact on different products. For example, a break happening during a push to a blog may not necessarily lead to the loss of a lot of money or lives. But for mission-critical products that have APIs open to others to use, it can become a big issue.

When there is no backup strategy in place, you implement one; that's the solution. By having a backup release strategy, when a code change or an upgrade causes the system to break, the backup release gets triggered.

Now, it looks like nothing happened and everything runs fine until the upgrade is confirmed to work seamlessly.

With an automated deployment system setup, the backup system becomes more efficient and replaces the broken deployment in a short time.

With a backup strategy in place, it becomes easier to move fast and break things with an assurance that the system won't experience fatal failure.

Many software deployment mistakes today are as a result of the lack of a deployment tools or procedures. With tools, you can have all the deployment problems solved, with server configurations taken care of and zero-downtime during deployments.
But don't run for the tools only. Make sure you have the complete vision of you deployment as well as a backup strategy, KPIs for monitoring, environmental variables list, deployment schedule and a tool for automation. At DeployPlace we know how valuable developer's time is. Feel free to reach out if you need any help or advice.