Blockchain, cryptocurrency and DeFi writer exploring the innovations of tomorrow.

In a data-centric generation, putting the power back in the hands of the user has never been more important

As the majority of the world’s population remains largely stuck indoors, it is unsurprising that more time is being spent online than ever before. But as we work, play, and live more of our lives online than ever before, our data becomes more at risk of falling into the wrong hands; personal, financial, and medical data are all assets that, when obtained by bad actors can have destructive consequences.

The fight for data privacy is becoming more than ever before. With the emergence of blockchain technology, there are now ways to secure and distribute fragile data that was previously not available. We have witnessed the emergence of various pioneering projects that look to regain equilibrium and put the power back in the hands of the user; below are 4 of the most promising blockchain projects that have a laser-focus on user privacy. In traditional finance, viewing sensitive bank account information entails proving that you are the owner of said account, and consent is required if anyone other than the owner wants to view transaction details and such.

In the cryptocurrency world, the emergence of decentralized finance can be viewed as somewhat of a double-edged sword; the world now has the power to borrow, lend and trade on platforms that are completely decentralized and do not rely on trusted intermediaries, saving the user time, money as well as opening up the opportunity for truly borderless finance. At the same time, anyone who knows your digital wallet address can see a history of your transactions, trace transaction journeys, and see your assets with ease. This has led to many problematic issues in recent months, including rising scams in the DeFi space with  more than $100 million stolen from DeFi projects in 2020 through hacks and other fraudulent activities.

It is therefore important to provide individuals and businesses the option to conceal their personal data should they wish to do so. Web3 Foundation Grant winner Manta Network is a project that looks to do just that, in part by obfuscating wallet addresses but with a longer-term plan to introduce a decentralized privacy stack for DeFi that is governed by the community and that enables users to transact and exchange privacy.

“Since blockchain information is immutable, the cost of user privacy leakage is immeasurable.”

The protocol’s first major project is an automated market maker (AMM) DEX called MantaSwap that will preserve user privacy, aiming also to tackle issues such as frontrunning on exchanges as trading bots will not be able to see other’s trades. Having successfully closed a $1.1 million seed round with investors including Polychain Capital, Three Arrows Capital and Alameda Research, Manta Network will be delivering the first version of its test net before the end of Q1 2021. 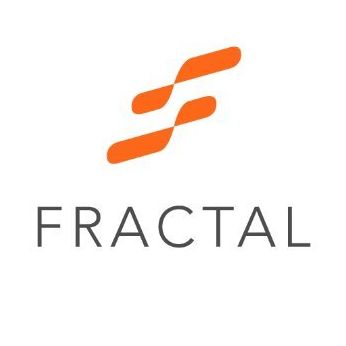 It is not only DeFi fraudsters that want access to user data - The behemoths of the digital advertising industry are doing all they can to break down the walls of user privacy. This is all in the hopes of targeting their audience more effectively and marketing more efficiently than ever before. We have become comfortably numb, handing over much of our browsing data and internet shopping preferences on social media platforms; research highlights that only 5% of European users refuse cookies used for personalized advertising.

The duopolistic nature of the ad market sees Facebook and Google dominate with huge market shares; Google, in particular, has a whopping 86% share in the search engine market. By controlling some of the internet’s biggest areas, these industry giants are able to corner users into handing over data out of a lack of alternatives. Users may be free to choose other browsers, social media platforms or plugins, for example, but in doing so, they will experience a lack of overall compatibility and this utility ceiling often results in many of us giving up and agreeing to whatever terms and conditions are imposed on us.

Fractal Protocol, a project building on Polkadot, is working alongside other pioneering Web3 initiatives such as Ocean Protocol and KILT Protocol to accelerate the decentralization of the data economy and make way for a truly free internet - one which sees the user regain control of their personal data. The Protocol introduces an incentive system that rewards users for their high-quality data whilst simultaneously giving publishers and advertisers access to targeted data away from the siloed datasets controlled by Google and Facebook.

“Users need to be empowered to control the data flows, free to switch between services, and fairly compensated for sharing their data.”

Fractal Protocol aims to level the playing field and, by becoming a part of Polkadot’s flourishing Web3 ecosystem, looks to build a future that rids the web of monopolised control and turn the internet back into what it should have been all along - a free and secure landscape that enables fair distribution of value. The project will be launching a public token sale on Polkastarter, a popular decentralized sale platform, on Thursday, 25th February 2021. This comes after the closing of a successful private investment round, which saw an array of tier-one blockchain protocol founders, smaller and larger VC funds, and infrastructure providers contribute $2.2 million. 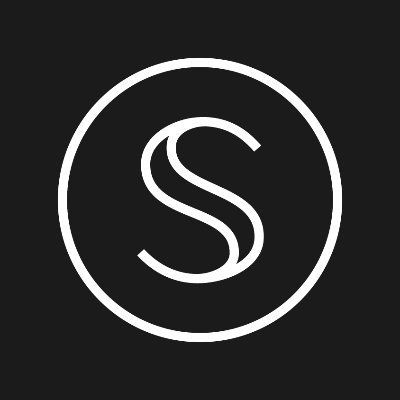 The balancing act of privacy and transparency is a difficult task in the world of DeFi and cryptocurrencies. For larger institutions and the everyday investor to accept this new decentralized mechanic, there arguably needs to be a degree of transparency and accountability. But on the other end of the spectrum, making it mandatory to tie users' personal identity to their digital wallet, something being proposed by the US government, is against the core ethos of cryptocurrencies. Secret Network is looking to strike a balance between the two.

Secret Network is a protocol focused on privacy for DeFi, and DApps built on the platform can utilize encrypted data without revealing it to anyone. The project is essentially an expanded continuation of Enigma, a layer-2 scaling solution for Ethereum that was founded in 2014. Enigma’s former Head of Growth and Marketing, Tor Bair, is leading the charge behind Secret Network and gained his motivations to build a privacy-preserving network as a result of working as a data scientist at Snapchat.

“For blockchain technology to achieve global adoption, users and organizations need control over how their data is used – they can’t just expose it to everyone.”

Secret Network offers completely private smart contracts, with the transactions made on Secret Smart Contracts not even viewable by the nodes running the Secret Network blockchain. The project this month announced a partnership with Band Protocol to offer decentralized and scalable cross-chain oracles; the Secret team also recently launched SecretSwap, a cross-chain DEX that, similar to other popular automatic market making platforms such as Uniswap and SushiSwap but with increased protection against front-running bots and other malicious activity thanks to the network’s privacy-preserving “secret” smart contracts. 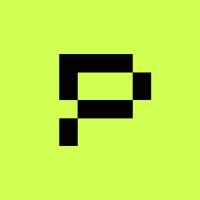 As previously mentioned, the immutability, security, and autonomy offered by blockchain technology is a revelation in so many ways, but the transparency that comes along with it can be considered as somewhat of a gift and a curse. The lack of confidentiality on blockchains can limit the usage of the technology for institutions and businesses looking to process sensitive business and user data, with privacy-related DApps on the Ethereum blockchain unable to comply with the GDPR.

Phala Network is the first confidential smart contract network built on Substrate; the project looks to provide confidential computation and data protection services for enterprises and users as one of the Polkadot network’s parachains.

“So far, no middle-ground solution exists to ensure trustless and effective use of any technology over the Web that combines business’ and individuals’ right for privacy with the need to ensure the safety of society. The world is increasingly moving into cloud and edge computing, but current infrastructure does not address the challenges it creates. Phala is the solution.”

Phala Network’s interoperability also allows different contracts to call each other before executing computation, which is no mean feat and is something that many projects have not yet achieved. More than just a smart contract platform, Phala Network is a cloud computing network that offers computing power comparable to existing centralized cloud services but that ensures privacy of managed programs, acting as a mediator between computing power and users whilst preserving the integrity of blockchain security. Having recently listed on Binance's "Innovation Zone", Phala Network will undoubtedly become the privacy protocol of choice for the many projects building on Polkadot in the coming months.

Blockchain technology is continuing to power innovation that will change the way we use and connect with such a vast array of online services and platforms in the coming years. User privacy must remain one of the most important pieces of the internet puzzle - with projects such as these working tirelessly to keep the user themselves in control of what happens with their data; the future looks promising.