Applying Machine Learning to Crypto-Sphere: The Good and the Bad Aspects 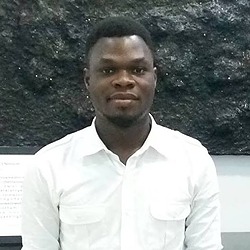 Anyone who has traded cryptocurrencies or invested in Bitcoin stocks before has been frustrated by the difficulty involved with trying to predict market trends.
Usually, this leads people to follow the consensus of the public, or their favored crypto experts, or even the advice of online trading communities on Telegram, Discord, or Reddit.
None of these are bad options, so long as a trader finds trustworthy people.
The best way to figure out trends, however, might not involve many ‘people’ at all.
What I’m referring to is to is the growing prevalence of a technique known as machine learning.
Through machine learning, blockchain based currencies become slightly more predictable in their trends, if no less volatile, and are able to be safer, more stable systems than they were prior to its various implementations.

What is Machine Learning?

Machine learning, a term originally attributed to the late Arthur Samuel around 1959, is an exciting technology which is the basis of much of the personalization users are able to experience on the web today.
While machine learning in some form or another has existed for quite a long time, modern day machine learning is a whole different beast.
It operates from the theory that machines are able to learn to do certain things, recognizing and analyzing certain patterns and behaviors, without having to be painstakingly programmed for each microscopically specific part of the task.
In essence, it's the idea of computers learning from data sets.
As machines are exposed to more and more data, they would be able to adapt to it without, or at least with minimal outside interference, growing smarter and more capable in their roles.
This sort of constant self improvement requires the ability to run numerous complex calculations, automatically, repeatedly, over relatively short periods of time.
Not having access to this level of processing power held back the machine learning of the past, but in modern times this no longer presents as much of a problem.
Nowadays, machine learning algorithms are almost ever present in our digital lives. Video recommendations, tailored ads, even fraud detection.
All of this is made possible through creative implementation of machine learning, coupled with incredibly large quantities of data sets.
Of course a tool this powerful was eventually going to find its way to being used in financial markets.
The information it could give would be invaluable.
Below we take a look at four of the ways machine learning is implemented in the cryptocurrency markets.

The single greatest, most effective way of determining the future performance of a given asset is through the analysis of the flow of its funds.
By examining the way funds are being transferred by known entities and comparing that to previously known data sets, machine learning is able to help predict value shifts in an asset.
What does this mean, in a practical sense? Well, it means traders are able to determine what big players in the cryptocurrency markets are doing.
For instance, whales might be working towards the completion of a pump and dump scheme, which would massively decrease the value of an asset.
Knowing this, an investor would be able to jump ship before catastrophe struck.
Maybe instead of preparing a dump, whales have begun accumulating an asset that recently had a downtrend.
This could allow an investor to get in on the ground floor before the asset significantly increased in value.
The applications of this are numerous in the crypto space, making this type of machine learning something that will be absolutely vital to successful trading down the line.

A first in a new and perhaps innovative way of trying to understand how assets perform in the cryptocurrency markets, recurrent neural networks are being used to better understand and predict the trading patterns of specific investors.
In a given set of investors, this type of machine learning is used to identify investors in groups and discover the way they invest their capital, the patterns they follow.
This data can then be used to actually predict how they will invest in the future.
Its very difficult to apply this kind of learning to an asset itself, so an understanding of the asset can instead be formed through analysis of how individuals interact with it.

Among the most useful ways machine learning is being put to use in the cryptosphere is as a way to detect fraudulent transactions.
The nature of cryptocurrencies allows the traders that use them to be more or less anonymous.
Transactions are nearly instantaneous, and the information that gets recording into the public ledger isn’t really identifiable data.
In addition, any damage the fraudsters manage to create is permanent, with the only way to reverse it being to create a fork in the blockchain, effectively creating an entirely different cryptocurrency.
These all create a set of circumstances which requires a far approach to stopping fraud than would be applied to fiat currencies.
Because of these unique challenges, major exchanges such as Coinbase have had to implement unique solutions.
This is where machine learning comes in. They tackle this problem by using a prevention system consisting of both machines and human analysts, supporting each other in feedback loop.
The machines start by being trained on well-known fraudulent patterns under a variety of conditions, allowing them to generalize the knowledge and identify when similar patterns are found.
The humans ensure everything stays accurate, and in doing so make the machines better at identifying the correct patterns.
This has a huge affect on individual trader. By creating a safer, more secure marketplace for investors to trade their cryptocurrencies within, exchanges like Coinbase ensure that cryptocurrencies remain a viable concept.
They also are able to somewhat stabilize the markets, since the machine learning algorithm is able to discourage the practices of pump and dump groups from becoming so ever prevelant that they might wreck the blockchain currency ecosystem as a whole.

As we’ve seen, machine learning in the cryptosphere is going strong.
Its being used as a powerful tool to determine how individual and exchanges will invest, and what trends the markets is facing right now.
Machine learning is even being used as a powerful anti fraud tool.
Ironic, then, that the way most people will hear about machine learning in the cryptocurrency field is itself a vast misrepresentation of facts.
The devil I speak of is those many ‘price prediction’ models a trader will stumble upon while researching the legitimate ways machine learning is being utilized.
At first many of these will seem quite convincing.
They’ll show you a picture of a graph of some sort, comparing the outcome of the machines predictions to the actual data from the market.
These are shown to match up incredibly well. Unbelievably well, you might even venture to say.
You would be more correct than you know.
While the work the teams behind these machine learning algorithms put into their creations is certainly admirable, insinuating in any way that these should be used as a method of prediction in trading on the real market is intellectually dishonest, to say the least.
If you take a close look at these graphs, you usually find that the prediction lines matches up to the factual line very closely.
In fact, they are nearly identical, except that the predictions are pushed out by one day.
The machine is essentially learning how the asset performed the previous day and translating that over, due to flaws in the methodology the models were based around.
The models don’t actually present real correlation between their predictions and the true results.
In the future there may be models that can accurately predict how an asset will perform day to day, but in our current time this just isn’t possible.
To avoid potentially massive hits to your portfolio you should avoid trading off of the advice of these particular kinds of machine learning models.

While you shouldn’t trust every article you read on the internet, there are still a fair number of interesting and powerful applications of machine learning technology currently being used in cryptocurrency today.
As both blockchain and machine learning continue to grow, we will inevitably continue to see incredible innovation in both fields, which will certainly allow investors to better understand the markets they trade in.

5 Lessons I Learnt From Starting A Remote Business