3 Best Tips To Attract Investors Being An Outsider 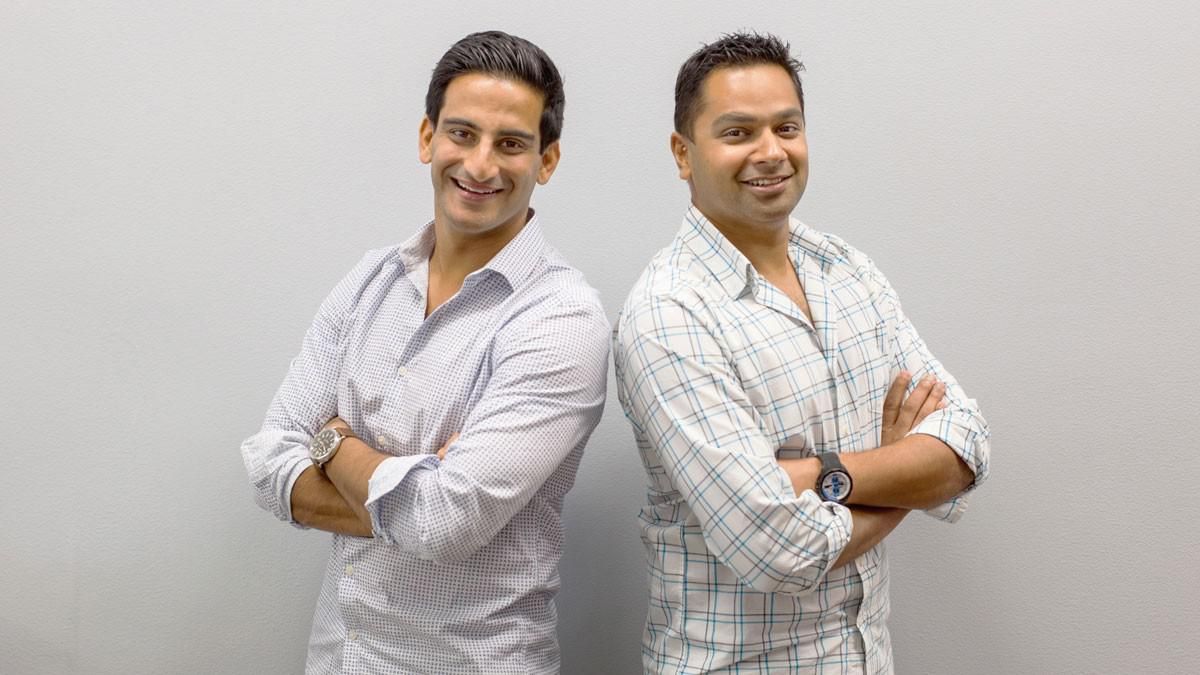 Yes, raising venture capital is hard. But do you know what’s even harder? Trying to do it when you’re a total outsider — not just to Silicon Valley, but to the U.S. entirely.

Cofounders Nitin Pachisia and Manan Mehta launched their VC firm, Unshackled Ventures, to support the unique growth challenges of immigrant founders. The firm invests in immigrant entrepreneurs and helps them secure visas — acting as surrogate “friends and family” for entrepreneurs who don’t have that network in the U.S.

Back in 2012, Nitin founded a different company and spent months dealing with immigration issues. And though Manan is a U.S. citizen, he faced similar delays at a prior startup because of his co-founder’s visa complications.

Together, Nitin and Manan saw a huge opportunity to accelerate the success of immigrant founders. That’s where Unshackled Ventures comes in.

Before launching in 2014, they spent six months talking to entrepreneurs and investors to gauge interest in a VC firm that specifically supported immigrant founders. Turns out, there was. Experienced angel investors were eager to invest, says Nitin, and several entrepreneurs told them they’d been waiting for something like Unshackled Ventures to come along.

“We were very overwhelmed by the positive response,” says Nitin. “That was our cue that this needs to exist.”

In an episode of How I Raised It, Nitin shared how he relied on his current network to build an even bigger one — and to raise $35 million over two funding rounds.

1. Leverage your warm inner circle - but don’t be afraid of the cold call

Like many other entrepreneurs, Nitin and Manan benefited from a “friends and family” round — they got their first $500,000 from three investors they knew pretty well. Two they had worked with before, and the third was Manan’s father, who’s been an angel investor for more than two decades and has seen countless entrepreneurs have trouble with immigration.

But if you don’t have access to a network like this, as is the case for many immigrants, getting your company off the ground can be pretty tricky.
“The typical immigrant comes to the country through the school system or the corporate system as a young adult or adult, so they don’t have deep networks that they grew up in,” Nitin says. So, Unshackled becomes the “friends and family” network.
Connections and/or warm introductions are great, but you don’t have to solely rely on people you know. Unshackled’s fourth investor was none other than Brad Feld. Nitin and Manan didn’t know Brad personally, but they did their research and sent him a cold email. Turns out, Brad had been trying to solve this exact problem for years, so investing in Unshackled Ventures was a no-brainer.

Your inner circle has the advantage of knowing your work ethic and character. But, cold outreach can work well if your value proposition is strong and you can explain it clearly.

2. Be super specific during the investor discovery process

During their first round of funding, Nitin and Manan took a strategic approach with their investor outreach. They understood that not everyone would be interested in their VC firm — and, even if they were, it didn’t mean they’d be a good fit.
“We started with discovery around different groups of investors — angels, family offices, etc. — and within them, different types, location preferences, [and so forth],” Nitin says. Once they could better define the ideal investor profile for Unshackled, they looked for more and more people who fit that description.

Figure out which segment of investors you’ll have the most success with rather than reaching out to anyone and everyone. This will help you be more successful in both raising funds and ensuring a mutually beneficial relationship.

In addition, being more thoughtful in who you approach can save you a ton of time, as you won’t be filling up your calendar with an overwhelming amount of meetings.

“Meetings are free,” Nitin says, “but they’re taking your time.” Optimize your time. Don’t take every meeting that comes your way or overload your schedule with investors you aren’t serious about (and vice versa).

3. Get creative about asking for intros

Once Nitin and Manan secured  investors who really believed in them and their mission, they didn’t stop there.

Rather, they leveraged examined the investors’ networks and identified at least five contacts. Then, they’d ask the investor for introductions.
Word to the wise: Make it easy for your investors to help you. They are very busy people, so the easier and quicker, the better.

To look into their investors’ connections — so they could ask for specific introductions —  Nitin and Manan used LinkedIn. When an investor didn’t have an active LinkedIn profile, they’d look up the companies he or she had worked for, then see if there was anyone of interest who’d worked at those organizations around the same time. Crunchbase helped them too.

“You just have to get creative, and that’s what founders are really good at,” Nitin says. “Find creative means to get the information that you need to get to your end goal.”

Many of Unshackled’s round two investors came through introductions from round one limited partners, according to Nitin. In fact, they were introduced to some of the people who ended up investing in their second round back when they first started fundraising. They passed at the time because Unshackled was too small, but it was a better fit by round two.

Here’s an important point: Nitin and Mahan didn’t just ask for fundraising-related introductions. For example, Nitin says, he and Manan asked for an introduction to a healthcare CEO so they could consult with him about a specific investment they were looking to make in the industry. Though the connection wasn’t made with the intent to get investment dollars, that healthcare CEO ended up investing in Unshackled’s second fund. Bottom line: warm introductions never hurt, and you never know where they might lead.

Unshackled Ventures now has more than 40 portfolio companies, such as Acciyo, Career Karma, and Plantible. Their founders are from more than 20 countries and all six inhabited continents. Across the group, there are 11 different types of visas or green cards, and about 40% of the companies have a female leader or co-founder.

“If you’re open to diversity of one kind,” Nitin says, “all kinds of diversities follow.”

Nathan Beckord is the CEO of Foundersuite.com which makes software for raising capital. Foundersuite has helped entrepreneurs raise over $2 billion in seed and venture capital since 2016. This article is based on an episode of Foundersuite’s How I Raised It podcast, a behind-the-scenes look at how startup founders raise money.

Related Stories
Subject Matter
Partner with us for Digital Product Development by @AWH
#promoted
Pitching VCs? Use This Reverse Psychology Trick To Get Funded by @nathan
#venture-capital
Why You Should Chase Interesting Problems, Not Money by @daniel-chae
#tech
4 Reasons Why SaaS Will Benefit Your Business Big Time by @gururaj-swamy9
#saas
Your Instagram Guide To Finding and Communicating With Your Target Audience on Instagram by @dameskik
#entrepreneurship
How We Built 10 Products In 12 Months by @mailmanhq
#product
Humans Neglecting Maintenance: Causes And Consequences by @Kiran
#business