Book a call
with @bernard

Happy New Year!  2019 has come and gone like Kylo Ren’s reign in The Rise of Skywalker, and so it's time for my annual prediction piece.

But first, a quick look at the score card for my 2019 predictions:

Facial recognition trials will launch in large public venues outside of China. 2019 saw numerous trials, including at carnivals in Nice, France, airports in Las Vegas, and public housing in Detroit. Of course bans of the technology has already occurred, too, in cities like San Francisco and Somerville, MA. Grade:  A

Enterprise analytics will become red hot. I predicted this space would reach a third of the value of the workflow platform space by the end of 2019. With Databricks hitting $6.2 billion in value, ThoughtSpot achieving a $2 billion valuation, and many others, I nailed this one. Grade:  A 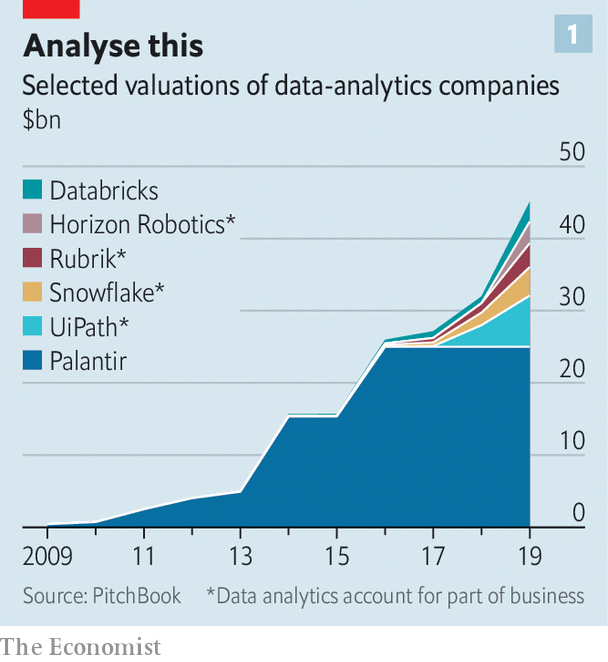 Car companies will begin transforming into tech companies. I said we'd see "major automobile manufacturers actively acquire or sign new partnerships with various tech companies to avoid becoming irrelevant in the near future." Hyundai's $4 billion self-driving joint venture with Aptiv, Toyota’s $100 million fund for autonomous driving, and Daimler and BMW's partnership to develop autonomous driving technologies are a sampling of the moves made in 2019. Grade:  A+

Voice advertising will be stalled. Hear those ads?  (chirp, chirp). Grade:  A+

Data scientists will become the new call center reps. 2019 saw headlines like “Data science dominates LinkedIn's emerging jobs ranking," but I believe this trend needs to ferment a bit more like a good batch of kimchi. It takes time to train and develop new waves of data scientists. According to LinkedIn, over the past three years data scientist jobs experienced a 37% hiring growth. I also know of a large pharmaceutical company that laid off over 1,000 research scientists and hired nearly 500 data scientists, but these type of hiring trends aren’t strong enough to call them the new “call center reps." Grade:  B-

National cryptocurrencies. I also want to revise the grade on one of my 2018 predictions. I gave myself a F after my bet that China and five other OECD nations would launch their own cryptocurrencies in 2018 fell flat. But China did come through in 2019, so I’m going to bump my score up to a “B” on that one. I'm confident many other nations will quickly follow China’s move.

This coming year will be filled with more exciting advances and changes in the tech industry even with an economic downturn looming, so here are my predictions for 2020:

Launching a new restaurant in the largest cities is riskier than launching a tech startup. The restaurant business is a $799 billion industry in the U.S. alone and is begging for efficiencies. "Cloud kitchens" -- virtual restaurants that cater solely to delivery -- have emerged as a solid trend. They eat up far less real estate costs than traditional restaurants and capitalize on the many new on-demand food-delivery companies, such as UberEats, Deliveroo, and their ilk. I see big opportunities within this space in 2020, with a couple of unicorns being formed and a few acquisitions taking place. (A cloud-kitchen startup that was in my accelerator program in Korea was recently snapped up in an acquisition just 6 months after our investment, despite me trying to convince the founder to ignore the offer.)

To be honest, I’m not a fan yet of Impossible Foods or Beyond Meat, but my taste buds do not matter with this prediction. The real prediction is that these plant-based meat substitutes are becoming so pervasive that they will infiltrate two of my favorite steakhouses in the world. For 2020, I predict meat substitutes will penetrate over 10% of restaurants in the U.S. The drivers are climate change and the practical fact that these newer meat substitutes taste good to meat lovers.

3. 5G will sputter searching for the right services

Beyond the hype of 5G, there are limitations to the millimeter wave-based network part of 5G and many network build outs are behind in the U.S. Regardless, the most important aspect about 5G's adoption is content and services. Games on phones and VR headsets (i.e. Oculus Quest, Hololens) with 5G chips are a given, but what else? There will be adoption, but not a mad rush in 2020 for 5G devices and services. The real rush won't come until more services that fully utilize 5G appear.

4. We'll see a global movement towards a cashless world

Even with all the talk about Alipay and WeChat Pay, China uses cash more than the U.S. (40% vs. 37%). South Korea is the lowest at 14%, but globally we are far from a cashless world. Even last year, when speaking at a conference in Berlin, I had to walk five blocks to find a store that accepted credit cards to buy a bottle of water.

But we will get there because the younger generation is driving this cashless world (i.e. Venmo), and the technology is finally good enough that people can easily forgo cash. This year will see various online payment systems (PayPal, Crypto, Apple Pay, Google Pay, etc.) pick up bigger adoption, shifting the average cash usage of the 10 countries listed here to below 45% (vs. 55%):

Since we're also at the start of a new decade, here are a few more predictions of what the world will look like by the time we hit the next decade in 2030:

1. Technology will bring back suburban development

Discussions of trends for denser urban environments are almost becoming like what diet has the most impact… Keto saved my life!  Plant-based is the way to go! Mediterranean diet is the game changer! (I just started the Potato diet, so do not send me pictures of ribs, bacon or filet mignon.)

So my prediction here is one more addition to the current mix of ideas of where urban development is trending. I believe that the development of autonomous vehicles (e.g. cars, buses, trucks), cloud kitchens, drone delivery, and other new technologies will shift the population trend and real estate development back towards suburbs and even to the outskirts of major cities over the next decade. The concept of commute time will become different with autonomous cars since people can sleep more, work, do home finances or whatever they please while in transit. A welcome outcome of this reverse mega-city trend would be the stabilization of or decrease in real estate prices, especially in cities such as San Francisco and New York.

2. Technology tribes will begin to coexist with nations

Facebook’s Libra scares the bejesus out of nations and threatens their sovereignty, so during 2020 they continue to fight like a cornered rat against its launch. But the very concept of Libra signals the beginning of something new: the development of technology tribes that exist outside of sovereign nations -- or coexist with them.

As technology becomes more ubiquitous and the digital divide closes, new generations will develop stronger affinities with specific tech communities than with ethnicity or race.

The coming decade will show beginnings of this trend, but it will become really palpable 20 or 30 years out.

3. The next Mark Zuckerberg will be from outside Silicon Valley

Until recently the tech world has been divided into two groups: Silicon Valley and everyone else. But the world is becoming flatter now in terms of entrepreneurial knowledge and execution.

The venture capital and investor quality along with Silicon Valley’s “pay it forward” culture will strengthen across other global startup ecosystems over the coming decade to the point where we will see the next Zuckerberg rise out of what we currently deem a second-tier startup city.

Bernard Moon is cofounder and Partner at SparkLabs Group, a network of accelerators and venture capital funds.

Related Stories
Subject Matter
Win $2000 by building a web app on Velo by Wix by @Wix
#promoted
Top Ten Startup Ecosystems in the World 2019: Flat Earth Ahead by @bernard
#startups
Unique NFT Use Cases: What’s Beyond NFT Art? by @michielmulders
#crypto
A PSA to Bitcoin Newbs by @brettschor
#bitcoin
The Pandemic of Childcare by @linh
#hackernoon-top-story
How to Remove Paywalled Stories From Google Search Results by @freeinternet
#remove-paywall
What is GPT-3 and Why Do We Need it? by @dilipittyera
#gpt3