2019 Will Be The Year of Data Storytelling 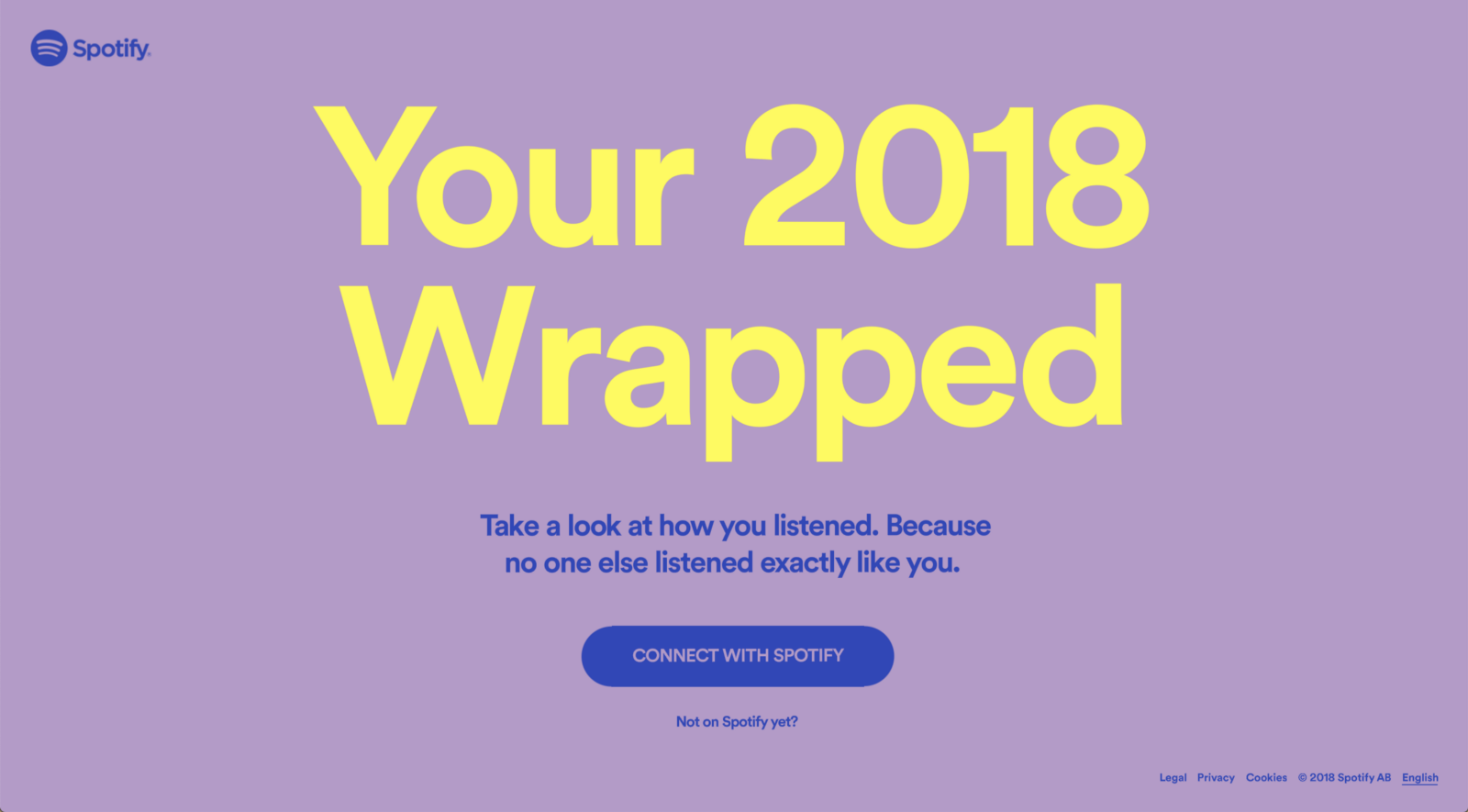 If 2018 was the year of Big Data, then 2019 is going to be the year of using that data to tell a meaningful story.

Most digital and physical products now require data collection in one form or another in order to function properly. Compare television to YouTube; most programs and ads on TV don’t resonate with me, while everything I see on YouTube is there for a strategic, data-driven reason.

Consumers are becoming increasingly aware that their data is worth a lot to the service provider. The transaction looks like this:

Your data is used to attract advertisers to fund the platform. In return, you get a customized experience based on your observed behaviour and preferences.

Between the data breaches, Facebook fiascos, and companies continually refining our digital identities, data have been on everyone’s minds.

The opportunity for businesses with data in the coming year revolves around how we use the data to deliver personalized, convenient, and magical experiences to the customers. Doing so does not require more data, it requires you to design your data to tell a better story.

A well-understood example of a data story is Fitbit tracking your everyday actions and then delivering them in a simple to understand metric: number of steps per day. They further simplified this by making it five LED lights represent 10,000 steps on some models. The story is simple; if you’ve got 4 blinking lights on your wrist at the end of the day, then you know it’s time to get off the couch and take a lap of the block before hitting the hay.

I’d say that most consumers now understand that their data is being collected anywhere and everywhere. The issue is that not every service provider returns the favour by presenting the data back to the user in a way that’s meaningful to them. They don’t tell a story.

The best data stories are ones that don’t lean on data as a crutch. They create a story that the consumer is excited to hear, and uses data to emphasize points rather than convince.

The most timely example of a great data story is 2018 Wrapped that Spotify delivered earlier this month to every one of their over 191 Million users. It came in the form of an email celebrating being a customer for another year. When you clicked on the link, it brought you to a website asking you to sign in to see “how you listened”.

To most recipients, the My Year In Review playlist was a personalized trip down memory lane, reminding you of artists and songs that you might have binged for a week then put back on the virtual shelf to rediscover later. This might remind people of the nostalgia of picking out a CD from the shelf and reminiscing as you look over the album artwork.

The top ten lists of artists, songs, and genres are nice to validate your assumptions of what you listened to this year, but the storytelling comes when they make a customized playlist of 100 songs that will remind YOU of 2018. It’s different than a radio station playing THEIR top 100 songs of the year because you might not have actually enjoyed any of them. While artists like Ariana Grande are getting tons of attention for being the most listened to artists of the year, there were also a lot of people not listening to her, so why would I want her to end up on My Year In Review?

They then introduce you to a Tastebreakers playlist that offers you a playlist of 100 songs from genres or artists that you don’t often listen to but they’re willing to bet that you’ll enjoy. They are able to offer that playlist to you with such confidence because they’ve collected mountains of data on your listening habits. In my case, I averaged 2.8 hours per day or over 61,000 minutes of listening time over the last 12 months.

This is a data story. To keep track of the number of minutes you listened to your CD collection over the last year would be a very burdensome task, but not for Spotify. It’s able to sit quietly and non-judgementally, listening to your musical life. Spotify knows way, way more about your listening habits than they’re letting on with 2018 Wrapped. But rather than overwhelm(or maybe terrify) you, they change the narrative and tell you a story. We’re willing to give up our personal data as long as the products we get in return are enjoyable, convenient, and personalized to you.

I personally would love to see what else Spotify has collected on my listening habits. I’m sure they know the ideal length of a song I enjoy, the beats per minute, and album cover colour I’m attracted to most. I’m also sure that they’re not going to share that story with their users anytime soon because it’s that ideal mix of data put through an algorithm that creates the magic of Your Discover Weekly playlist that I look forward to.

And Now A Bad Example

YouTube, with over 1.9 Billion monthly active users also tried to create an end of the year thank you to their users that ended up backfiring big-time. YouTube Rewind was released the same day as 2018 Wrapped and is an eight-minute-long video featuring creators and memes from the platform meant to induce nostalgia.

Instead of creating an organic buzz around the community, it has gone down as the most disliked video on YouTube of all time. At the time of writing this, it had over 14 Million dislikes.

The reason it failed? They didn’t tell a story that resonated with their audience.

It wasn’t personalized, convenient, or magical. Because of that, it was a flop. Instead of increasing customer trust, it has added to the distaste in some of the recent activities occurring on the platform. Instead of generating millions of positive user-generated posts, it has created thousands of reaction videos talking about how bad it is. As the age-old saying goes, “any publicity is good publicity”, but I don’t think that that’s what they were trying to do.

They had the opportunity to show the magic that their platform could create by stitching together custom characters to match the watching habits of the account. They could have introduced foreign content creators. Instead, they smashed all the featured creator’s names at the end credits.

I could go on about all the opportunities YouTube missed out on, but I’ll end it here. There are a lot of things YouTube Rewind did really poorly, especially compared to Spotify 2018 Wrapped.

Let this be a lesson to others about how data stories are going to be more crucial than ever in 2019. Others should learn from how simple and elegant their data delivery is to their customers without overdoing it. 2018 Wrapped is a beautifully engaging website, but not much more. There’s no real interaction with the content, no ability to explore, and no ability to play music from the web page. What there is, however, is the ability to share with others.

What makes a good story? The ability to retell it. By sharing your story with the world, you keep the data flowing, adding to the network effect that makes data seriously powerful. As Kevin Kelly puts it,

Bits want to be meta.

So let’s satisfy these bits of data. Let’s connect them in new ways, remix them, and tell a new type of story. If we don’t, we’ll be just another YouTube Rewind in a sea of data.

Thanks for reading! I’m the co-founder of GoDo, a data design firm working to help businesses make their data useful. Feel free to reach out here, on Twitter, or LinkedIn.

How to Plot a Pie Chart using Python 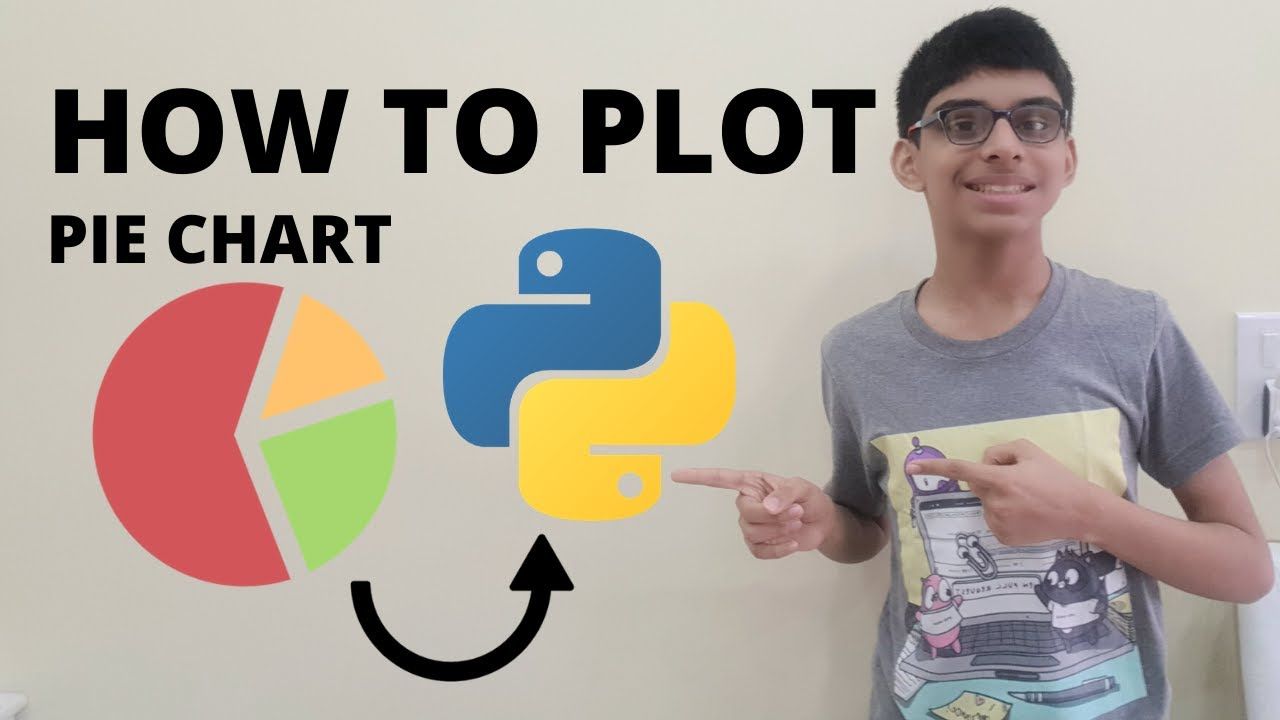 The Question Of Control Over Data in Shared Databases