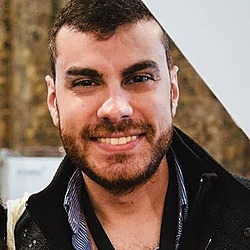 Since mid-January, Bitcoin has been retracing its path from previous All-Time Highs, which, on some exchanges, reached the 20.000 USD mark on December. This is indeed an impressive number, taking into account that it was only worth around 1000$ on January 2017! While one can find many reasons for such meteoric rise — like the disruptive and innovative technology that comes along with it — greed and speculation are definitely among those reasons.

Here, I’ll try to sum up the main reasons why the Bitcoin’s price won’t go to zero anytime soon, focusing on its main benefits, inlining why it’s such an impressive and important project to society and also why people should start looking at cryptocurrencies very seriously if haven’t done so already.

Since its first proposal in 2008, despite Bitcoin has faced numerous crashes and depreciations in value, it has always found a way to recover whatsoever:

A quick look at the charts shows that every major crash was followed by an even stronger recovery, leading to new all-time price highs.

There’s also historical evidence showing that most of Bitcoin holders have maintained their positions during those periods and even in the hardest times, have not sold their Bitcoin.

Bitcoin is not dead. It managed to ignore all those declared obituaries and happily carry on, even when its momentum or market projection was way lower than it is today. Cryptospace’s market capitalization has been increasing as more institutional money is being invested into cryptocurrencies every day.

Greed, speculation and the urge for quick profits, not being a decisive factor here, surely help to keep Bitcoin’s price in good shape. Also, as more people enter crypto space — and recently we’ve seen a huge amount of fresh blood coming in — the more informed society becomes and more sensible to the issues Bitcoin’s addressing.

Blockchain is the Bitcoin’s infrastructure — it’s the distributed Database where all the transactions take place and are registered in a secure and immutable way. It’s built in a way to prevent fake or invalid transactions to take place and to be easily identified. This is a powerful technology — It’s now possible to register something that, once validated by the network, will remain publicly available for anyone to confirm and consult. This kind of distributed database (composed by peer-to-peer nodes that anyone with a computer can run) and completely autonomous validation system has certainly several different applications, not only in the financial system, but also in public institutions and industry. It’s easy to picture how Blockchain can accelerate governmental workflows and improve public services like social security, healthcare and education. Most of those government processes are highly bureaucratic and susceptible to corruption — Blockchain aims to make them more efficient, transparent and secure.

Decentralization is a key factor here. Bitcoin and other cryptocurrencies like Ethereum or Litecoin, are not backed or regulated by governments or banks; they are usually and proactively developed and maintained by transparent organizations where anyone, with the knowledge to do so, can contribute and have an active voice. This is a kind of legitimacy and openness that their FIAT counterpart — centralized currencies like euro or dollar — certainly do not have.

In centralized economies, currencies are issued by a central bank, at a rate that is supposed to match the growth of the economy while maintaining stable prices. Yet sometimes this process fails, leading to increasing inflation, rendering the currency worthless from day to night — just look at how Venezuela or Zimbabwe have been doing.

Decentralized monetary systems like Bitcoin, do not need a central authority that regulates the currency supply — the currency is created by the network itself, respecting an algorithm that defines how currency will be created and at what rate. Bitcoins cannot be faked, tempered with or duplicated without the network noticing and rejecting them. All of this proves the currency is trustworthy and reliable.

Bitcoin is not just a currency, it is indeed a great store of value — relatively to gold or other forms of cash — Bitcoin has been proving it’s not only a more convenient but also a more secure way to transfer and store value. Its distributed wallet-based usability system is way easier, faster and convenient than to move physical assets like gold around or even to wait for international FIAT wire transfers to be executed.

Bitcoin is software, and like any other piece of software, Bitcoin must adapt to its environment and incorporate new features as more functionality is expected from it.

Features like Segwit and Lighting Network will increase the transactions’ throughput and also enable lower fees as the demand and load keep increasing and challenging the blockchain’s network infrastructure.

The crypto ecosystem is very dynamic and is growing fast, forcing any cryptocurrency to quickly adapt to keep up with the demand. Bitcoin, being the oldest and more mature cryptocurrency, also counts on one of the most experienced and knowledgeable development team supporting it.

6. Money can’t buy happiness, but it can buy Bitcoin, which is kinda the same thing!

For many, Bitcoin is not just a currency, it’s a lifestyle. Bitcoin represents freedom, decentralization. It represents the elevation of the voice of the many against the intrinsically dysfunctional control that financial institutions hold over society.

Many of Bitcoin supporters and original hodlers are libertarians who truly stand for Bitcoin’s core values: since its inception, it was designed to replace centralized FIAT currencies, enabling secure, fraud-proof and completely decentralized transactions to take place on the blockchain. This means that value can be transferred almost instantly and at low cost, at any time to any place in the world without restrictions or control from any kind of institution, either legal authority, public or private organization. This represents freedom. This means breaking the chains that banks and other financial institutions strongly hold over society. That is the main reason why banks are so eager to fight bitcoin proliferation and discredit cryptocurrencies as a whole.

Bitcoins is not owned either by a public or a private organization. In fact, it’s not owned by anyone. The cryptocurrency was created by Satoshi Nakamoto — a pseudonymous representing an anonymous person or group — who first published a whitepaper describing the fundamentals of Bitcoin and how it should be implemented, as to what eventually became the working, powerful, decentralized and distributed network that it is today. It also gave birth to a florescent crypto market, where hundreds of cryptocurrencies coexist, implementing similar or slightly different versions of Bitcoin’s technology, each one trying to find its place and purpose. This is something new: a system that is willing to revolutionize the world’s entire financial system that is not backed by any government or big institution, was instead created by the few and validated by the many. This represents yet a stronger leverage against negative forces like governmental censorship or institutional lobby control attempts.

Bitcoin is rare and deflationary by design and its supply will never be increased as Nakamoto set its limit to 21 million. The deflation encourages not only individuals but also businesses to save money and entrepreneurs to invest in longer term projects, opposed to what happens today, money tends to be worth more tomorrow than what it’s worth today.
Weather the deflation is better or worse for the economy is a controversial topic, but even if Bitcoin shall not be used as a universal currency, it will always be an exceptional store of value due to its rarity and increasing demand.

By holding a Bitcoin wallet or part of it (Bitcoins are divisible down to 8 decimal places), one is not holding a stock or financing an institution, instead, one’s holding the underling asset that can be either used as a working currency or a store of value.

Even though banks hate crypto and what it represents, blockchain-based technologies can highly increase the efficiency of monetary transactions, therefore, banks are already researching and running trials on this disruptive technology.

Not only Banks, governments use it too — Switzerland, a nation known by its neutrality and strong Banking tradition, is currently crypto enthusiast, letting the residents of some of its towns to pay their taxes in Bitcoin; In Japan, there are reports of firms paying some percentages of its salaries in cryptocurrencies; Portugal is not willing to charge any personal income taxation of cryptocurrency gains after its Finance Minister, Mário Centeno, who is also the president of the Eurogroup, said that he is looking to European regulatory guidance concerning cryptocurrencies since they are “overseeing the general picture”, promoting the dialog and a broader regulatory policy.

It definitely looks like the most developed and open countries are slowly welcoming the crypto ecosystem and making it easy for its citizens to benefit from it.

Holding Bitcoin is awesome! And it’s a huge opportunity for anyone to start learning about financial markets, trading and technical analysis. Crypto world is really an interesting place, full of memes, pumps and dumps and speculation, but it is also a perfect place for everyone to learn some crucial aspects of the world’s monetary system.

At this point, I hope the reader is reassured that Bitcoin’s price is not going to zero any time soon, it’ll keep going up and down, fueling a paradigm shift — In fact, I think we’re just on the verge of a deep revolution and modernization of our society’s inner workings.

Though Bitcoin’s fundamentals are very strong, its model is not perfect. While decentralization is key, regulation plays an important role in order to keep the system in balance — society shall collect taxes and promote anti-corruption policies. It is very important that authorities look at crypto with an open mind and as an opportunity to become more competitive and efficient instead of facing cypto as threat, closing themselves to innovation under false pretenses of safety and stability.