Hacker Noon: 10 PSN Games and DLC to Buy Before The Store Shuts Down Forever 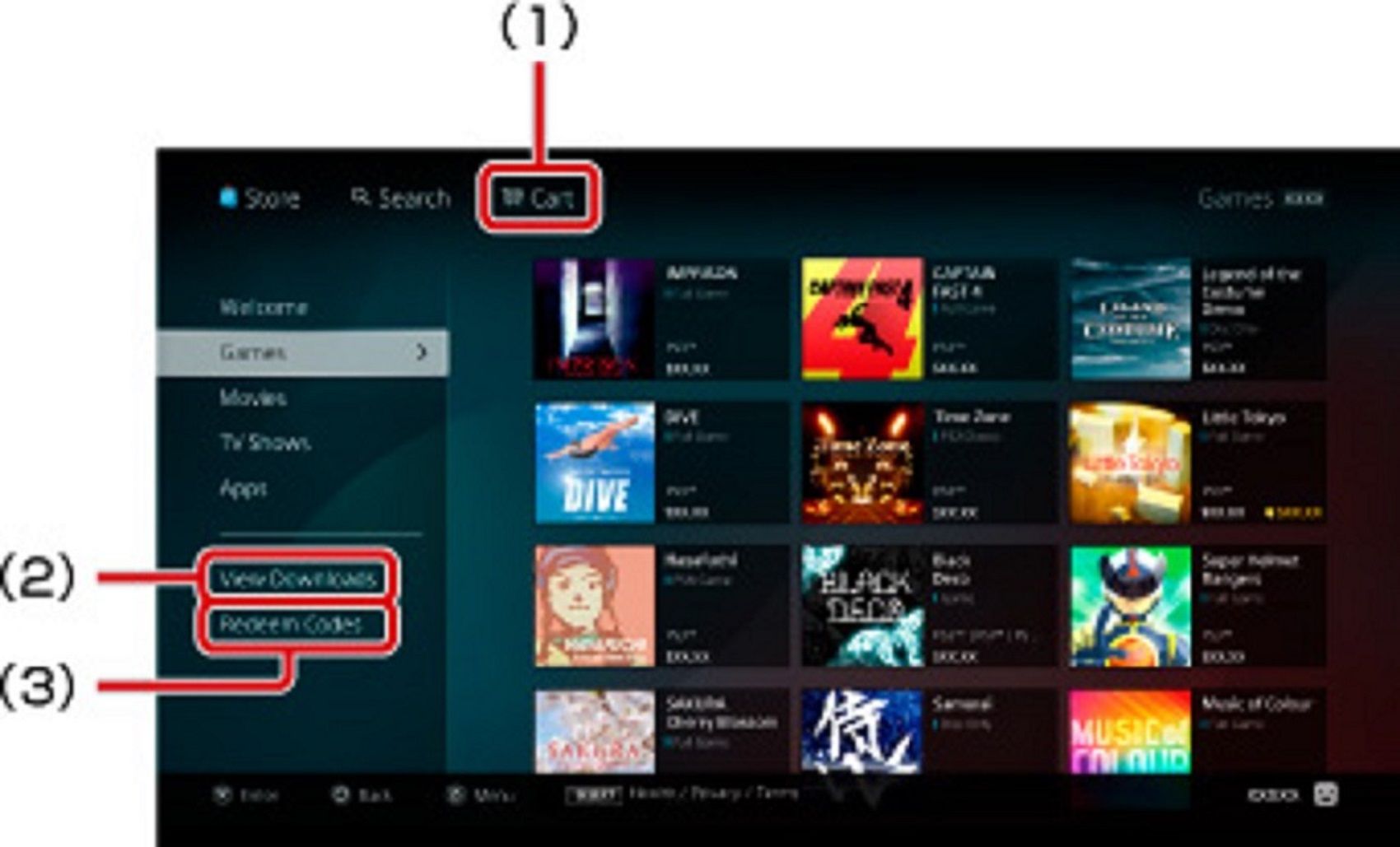 I have written about video games for over 3-4 years. I ame xtremly passionate about game playing and the games industry.

The PSN store on PS3 is sadly going to shut down this summer. There are so many themes, games, DLCs, etc. to get before the digital stores shut down forever, leaving millions of dollars worth of digital products to languish in the digital ether of being forgotten.

Having said that, there a LOT of games, themes, etc. to buy off of these digital stores. I plan on telling you the 10 things you should buy before the stores close FOREVER!! (Capitalized for emphasis). Let's get started!

NOTE: At least 3 of the games on this list happen to be Konami games, and 2 are Castlevania games. I hold no particular bias towards any of these companies, but am particularly a huge fan of Castlevania. I am merely expressing my opinion on what games, DLCs, or themes you should get before they go away.

Castlevania: Lament of Innocence is a M-rated PS2 classic that is available on the PS3 digital store (for now). It tells the story of the origin of the Belmont Clan's feud with Dracula. 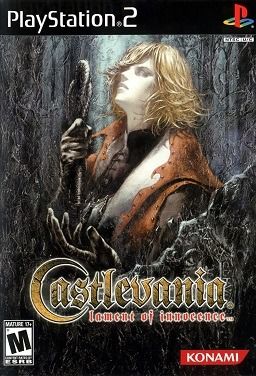 The game involves Leon Belmont's attempts to rescue his beloved Sara from the Vampire Walter. It was enjoyable for me and a fair amount of other people. The cast of characters such as Joachim and Ronaldo were delightful. I got rather far into the game before I moved onto the PS4 in 2021. If you still want to play because you haven't as of yet, it'll cost you $9.99. . . assuming the option to purchase it is still there by the time you finish reading and go check for yourself.

Drakengard 3 stars Zero, a girl out to kill the Intoners. That's about as simple as I can make this complicated plot, and that's putting it "generously." The plot is known in this game/series for complexity. 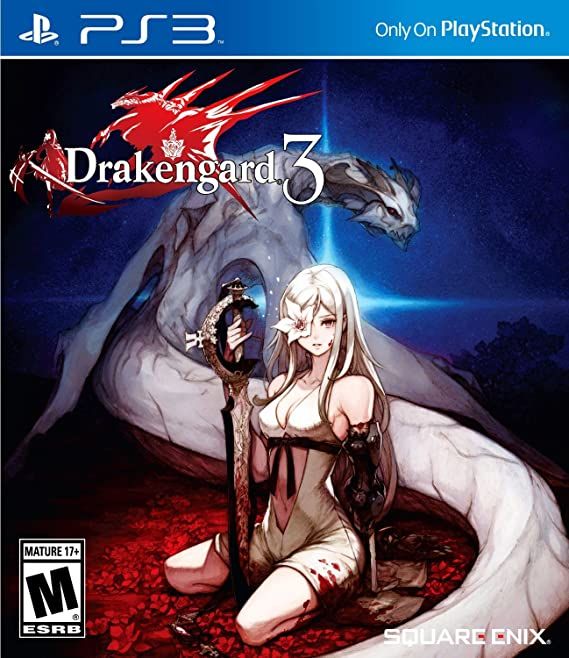 The DLC is being highlighted for one BIG reason...

Yeah, sure it is on Xbox 360, but PS3 has the more definitive edition, exclusively having 4 players local co-op, two extra characters, and Chapter 7 that were DLC in X360, the extra characters and chapters DLC are totally worth it too, as it's also one of the hardest games to start solo, and it's the last Castlevania game IGA was involved with. 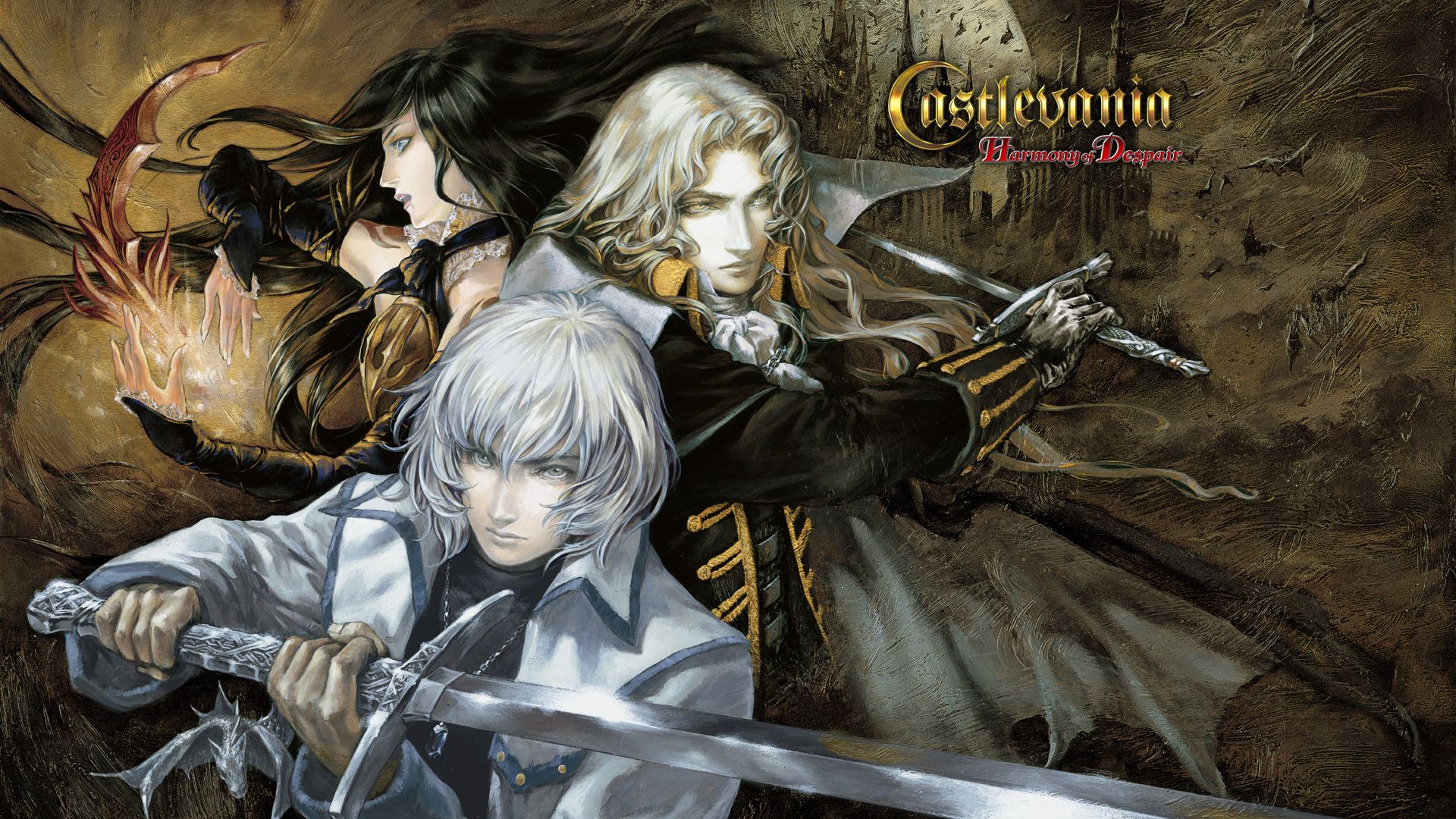 With all of that in mind, as well as fun but challenging gameplay, this will become the rarest Castlevania game out there, and systems that have it could be worth a FORTUNE one day, hence the personal need to have this game on any PS3.

Yeah, I can be a bit petty and greedy-minded at times, but keep in mind that this is just my own prediction and I don't have a crystal ball to tell you which games will be worth investing in 100%.

SEGA’s support for House of the Dead has never completely disappeared, but home consoles have a shaky history with their horror-themed rail shooters. Following on from 2011’s House of the Dead: Overkill, 2012 brought House of the Dead 4 to PS3, and it’s currently the only way to play it outside of an arcade. 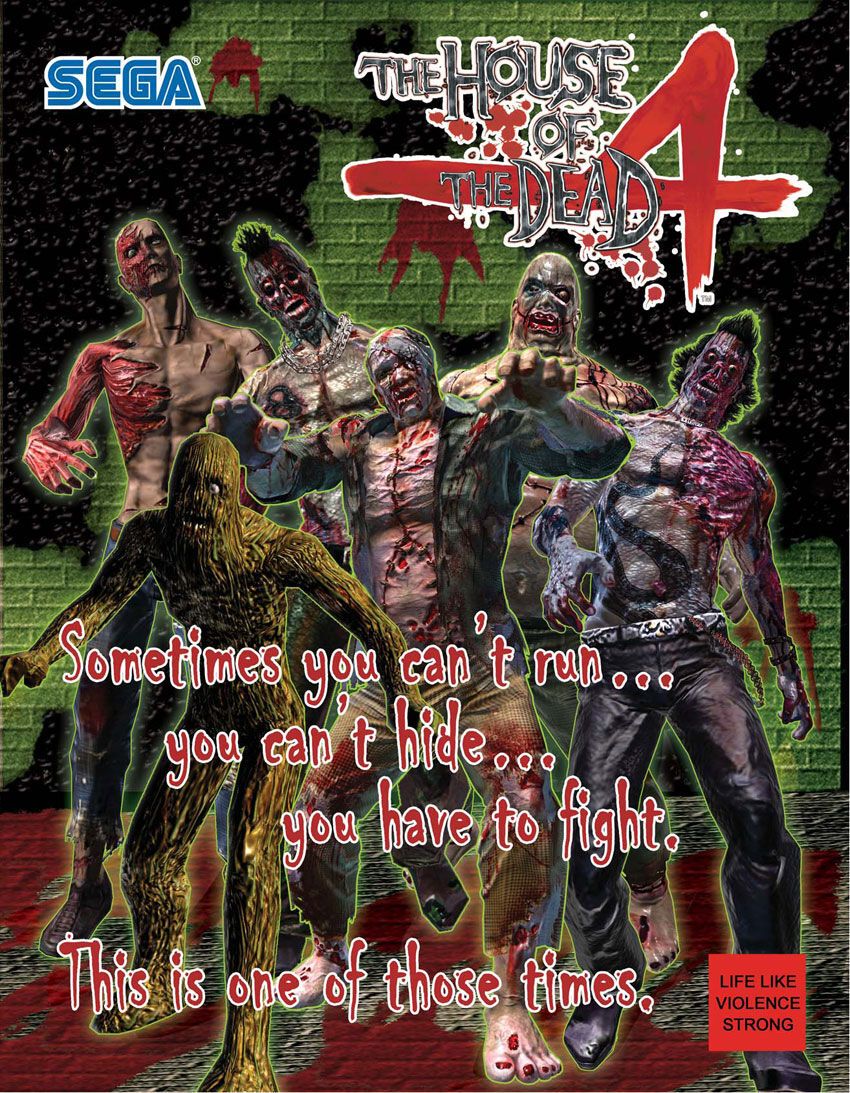 Credit: The House of the Dead Wiki

Chronologically set between House of the Dead 2 and House of the Dead III, you get to play as AMS agents James Taylor and Kate Green in a ridiculous B-movie style plot, fighting off the undead and stopping a worldwide nuclear missile strike. Offering two player local co-op, this light gun game made a perfect fit for PlayStation Move, not that ever used it – don’t worry, DualShock 3 support is also included for those who wish to play it in a more traditional way. The current price of the game is $9.99.

Soul Sacrifice Delta is a game where you mainly fight giant monsters action-oriented boss fights in order to stop a sorcerer from ruining everything. Much like Monster Hunter, these quests and battles can be done either solo or with other players. Unlike Monster Hunter, however, this game has a sacrificial mechanic where you sacrifice parts of yourself or your whole self to damage enemies and inflect powerful abilities onto them. 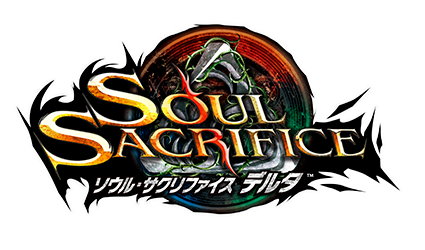 It is the sequel to the original Soul Sacrifice, and it's priced at about the $20 range. This is actually one of Keiji Inafune's better Post-Capcom outings. . . especially if compared to Mighty No. 9 (I sure don't).

Yeah, It's technically still available on Xbox 360, and is available for free on Xbox One via Xbox Live Gold (for this month, only). But still, PS3 owners won't be as lucky.

Anyways, Hard Corps: Uprising was, for a time, the last Contra game by Konami. It stars some elite soldiers led by Colonel Bahamut, who may or may not be the same Bahamut from Contra: Hard Corps. 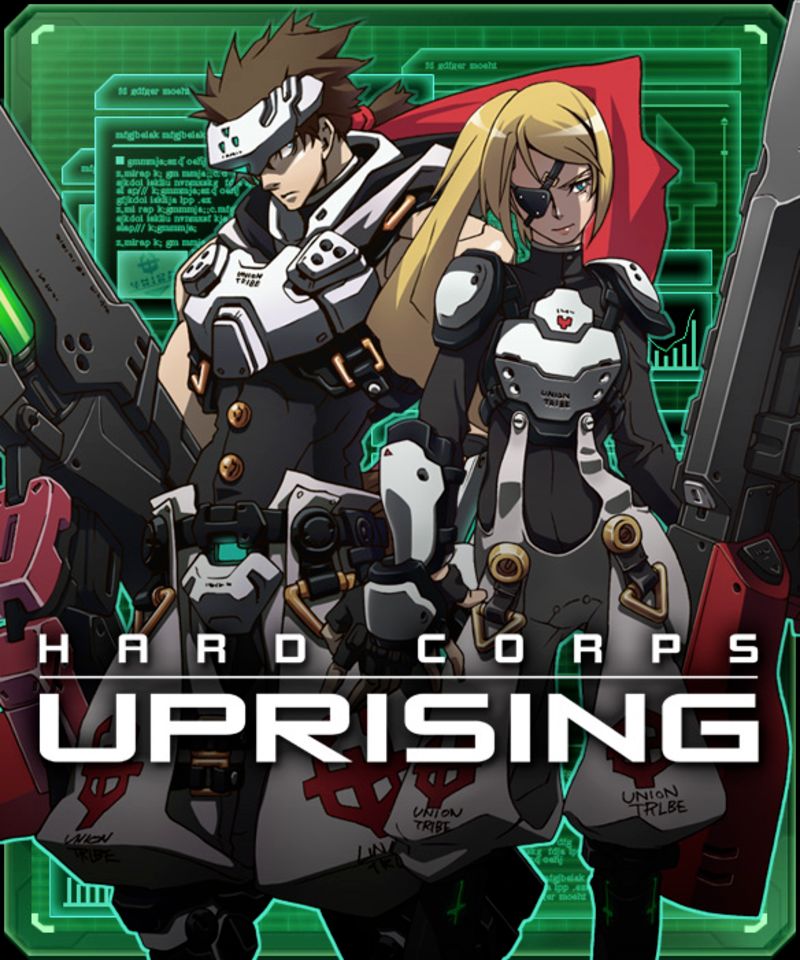 It brought classic 2D Contra-style run-N-gun gameplay to the then-current generation of systems back in 2011 (PS3 and Xbox 360). It serves as the prequel to the original Contra, as well as a spin-off of Contra: Hard Corps.

The game costs around $14.99 nowadays. I'm pleading with you to get on this awesome game while you can, PS3 owners!

The original version of Darksiders II used to be available on Steam, PS3, Wii U, and Xbox 360. It's kind of depressing to me that the PS3 version suffered from lag, frame dips and occasional split freezes. What's worse is that the WII U version was the most optimized of the 4 platforms, other than arguably Steam. That is a worthy topic for another time, though. Yeah, the physical Limited Edition for PS3 had the Argul's Tomb DLC included, but the other DLCs had to be purchased separately. 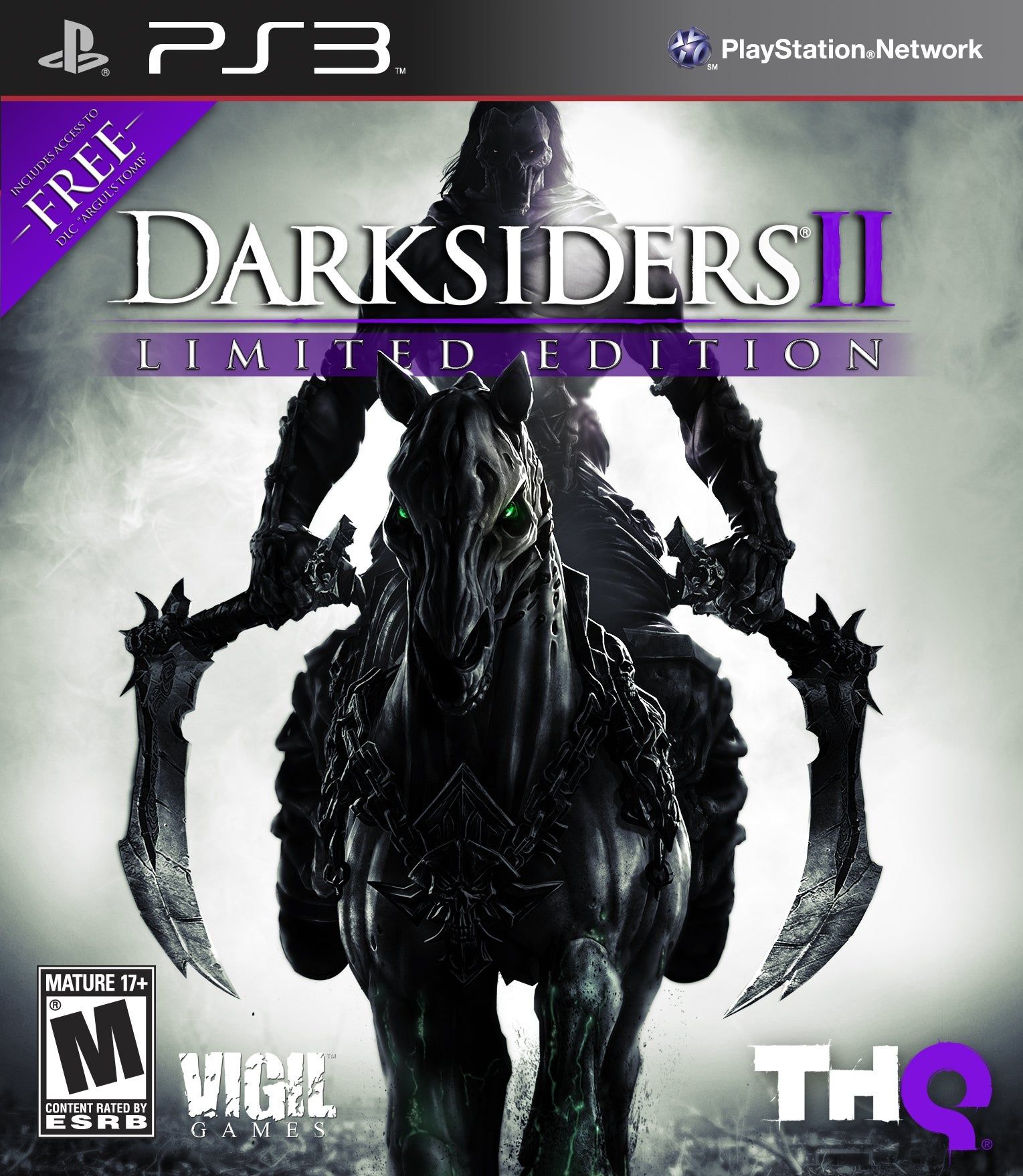 The reason this fantastic game isn't any higher is that it's available on Wii U's Eshop, and the other more advanced consoles have the Deathinitive Edition. Ugh, why make the title a Pun? It doesn't make much sense! Death is not supposed to be humorous.

It's been so long since I had my PS3 that I had forgotten about the themes on PS3. That being said, the Persona 5 Joker Dynamic Theme is Looking cool! 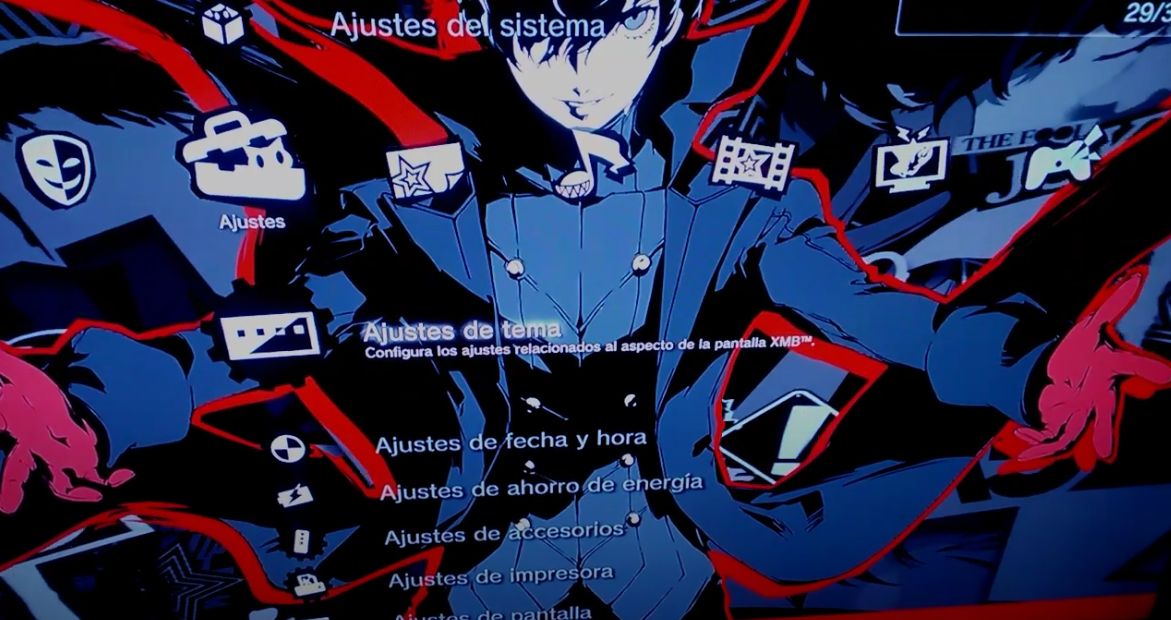 This theme is one of the only themes I had on my PS3 (I was late to the party... 2014, specifically). I loved the use of music, icon stylization, the dynamic moving background, etc. I also had a Dark Souls theme, but it wasn't as interesting as this one.

Arcana Heart 3 is a PS3 title. It has over 400 combinations+ of characters and spiritual Arcana to work with. It is defined by the Homing Dash mechanic. The mechanic allows for aerial combat as well as ground combat. 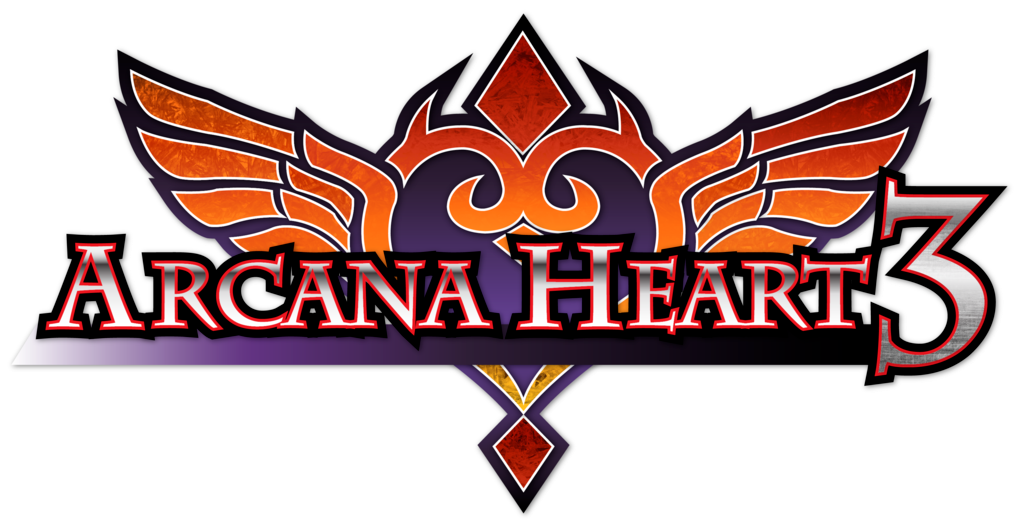 The game has a story about how an ancient weapon called Ragnarok is poised to destroy Japan in roughly 6 days. It's rather interesting. One of my favorite characters in gaming comes from this series. I know that there are superior ports such as LOVE MAX and whatnot, but I bought the vanilla version for one reason only. . . to beat Parace L'sia even ONCE in my life! Also, there's potentially NO physical version of the vanilla version.

Some honorable mentions include some cool games that I enjoyed playing on the PS3, but which sadly never got a physical release.

Soulcalibur: Lost Swords - LOTS - and I do mean lots - of collectable items, abilities, etc. were wiped, as well as some characters' appearances, from history in 2015.

Tekken: Revolution - Same thing as above, but with Tekken Characters. Also already defunct as of 2017, so it missed the cut for this list. It should've been seen as a sign of things to come. . .

Dead or Alive 5 Ultimate: Core Fighters - Same formula, but with Dead or Alive's roster. It's unknown (to me) at this time if the free version is gone, but it likely already is.

Dissidia Final Fantasy is a PSP action-fighting game in the Final Fantasy Series. It features 20 characters and an epic crossover story 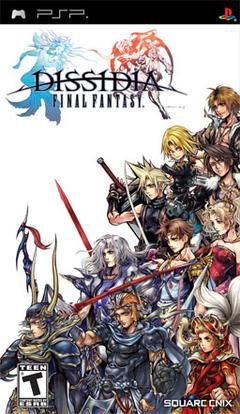 With PSP games no longer being sold physically due to the current focus on the PS5, Xbox Series X, and Nintendo Switch, the game is only available digitally. That is why the game is at the top of this list.

As previously discussed, these are the ten products that PlayStation 3, PSP, and PS Vita owners should try to get ASAP before the stores close down for good on July 2nd. Are there any others you think I may have missed? Let me know if that's the case!

Related Stories
Subject Matter
Elden Ring Release Date Set For January 21st, 2022 by @bryoreotendo2021
#bandai-namco-entertainment
The Legend of Zelda: Breath of the Wild Sequel Set for 2022 Launch by @wheeljack84
#nintendo-switch
How to Hack Roblox and Should You Do it? by @nicolasng
#roblox
Evil Dead: The Game Trailer, Gameplay Mechanics, and New Footage by @wheeljack84
#evil-dead
10 Best NES Game of All Time Ranked by Sales by @joseh
#nintendo
Necromunda Hired Gun Review (PC) by @nicolasng
#warhammer-40k