The Ubiquity of Fame

That’s the pitch of Cameo, a growing online booking platform that launched in 2017. With over 15,000 names on its roster, anyone can hire talent to film a personalized message.

From Charlie Sheen, Randy Jackson and Caitlyn Jenner, to the Dos Equis Man, Ken Bone and even more obscure names — if that’s possible, the spectrum of “talent” is near infinite. Cameo has an end goal of on-boarding over five million names one day, positioning itself as the talent booking platform for the 99%.

How it works: Browse the names, pick your celeb, tell them what to say, pay, wait, and then receive your star’s selfie-video layered with the Cameo water-mark.

Videos typically range from :30 seconds to two minutes, and the company processes 2,000 of these video requests a day. Cameo has already raised $65M in funding with a total valuation nearing $300,000,000.

Steven Galanis, Cameo’s Co-Founder and CEO told TechCrunch, “People use Cameo as often as they used to go to Hallmark to buy a card. We have power users that have literally bought hundreds of these and we have these interesting use cases. A lot of enterprise sales teams are buying these to get in front of a contact that maybe went cold. We are seeing customers using these as job offers.”

Much like sending a GIF to express emotion that words cannot, or because we don’t want to do it ourselves, Cameo has become another novel means of outsourcing communication to another person, coincidently again one that happens to be famous.

Since each celebrity has their own public booking page on Cameo, anyone can watch their previously recorded messages, voyeuristically peering into their offices or bedrooms where they frequently record these messages in bulk — sometimes 10 in a sitting… you can easily tell because the celeb’s outfit and background are the same. The other side of the voyeurism here is listening to what people requested their star to say. To keep with Galanis’ Hallmark analogy, it’s like reading a stranger’s birthday card.

There are no rules as to what can and cannot be requested, as each fulfillment is up to the talent’s discretion. In line with the other tech giants: “We’re just the platform.”

What’s implied, unspoken and unanimously acknowledged is frankly how lowly the concept is: Pay (often second-act) celebrities to record what you tell them to say.

On basic principal, it’s as amusing as pathetic. But what it implicitly reveals about celebrity status is even more sophisticated.

The “Browse Talent” page reveals a self-selected price tag above the talent’s headshot. Their publicized cost attempts to strike a balance between “I’m $X famous” and “I want to be affordable enough so that you buy me and I can make some easy dough.” It’s worth noting the platform takes 25% off the top, which is how it makes money.

There are scarce comparisons of Cameo’s model where humans have a price-tag for public consumption while someone takes a cut… outside of prostitution of course, which makes this concept as familiar as icky.

One can’t help but question if these celebrities browsed existing names and prices to determine their own. As to why they’re motivated to join in the first place remains another mystery. Desire for relevancy? Strapped for money? Raising for philanthropy? Pure fun? Who knows. But Gilbert Gottfried will roast your friend for $150. Actually, $112.50 after the cut.

While these sorts of rates have always been a thing in the world of talent booking, never have they been publicized… or so low. The democratization and affordability of star power is spawning a fascinating new power dynamic.

Once tucked away in the prestigious Hollywood Hills, exclusive movie-set-trailers, or guarded locker rooms, Cameo’s celebrities are stepping out earnestly asking for your hard-earned cash. Since the customer is always right, this cliché puts the buyer, you, in control of this engagement — therefore, celebrity.

It would be more genuine or even-keeled if one was paying for an interaction with the celebrity, but because the buyer is dictating the script, the nobody has become the director of the somebody. We’re the puppet master now.

But the average Joe isn’t just pulling the strings of these stars, they’re now becoming the new celebs themselves. The script is entirely flipped.

Take for example Ryan, the 7-year-old who grossed 30,000,000,000 cumulative YouTube views playing with toys, earning him and his team $22M in 2018. Meanwhile the stars of the Emmy Award winning television show The Office are asking for less than a couple hundred bucks so you can tell them what to say.

Or look at Emma Chamberlain, the 18-year-old fashion-forward, comedic vlogger. She’s racked up 8.5M YouTube subscribers and 900,000,000 cumulative YouTube views. She has 8.2M Instagram and 2.7M Twitter followers. She’s landed sponsorship deals with Hollister and Louis Vuitton and is the subject of New York Times and The Atlantic profiles. Oh, and she’s done this within just two years of her first uploaded video in 2017. Chamberlain is “temporarily unavailable” on Cameo presumably due to other more pressing matters.

If today’s social media influencer culture has revealed anything about being a celebrity, it’s that any- and anybody can do it. This bulldozed path to stardom contrasts the conventional dogma that only those in a blockbuster movie can become famous. After all, with cameras in all of our pockets today, anyone can make a “movie,” and therefore, become famous. Ask Kim Kardashian.

Historically, fame was always relatively more unattainable, something only a select few could ever experience. Not everyone could become famous, and further, not everyone could even access those who were famous.

Social media and a global village or stage radically revised these odds. Now, not only can anyone instantaneously become famous, but now anyone can interact with that famous individual… anytime. Barriers are canceled.

Despite this new landscape, what we experience today with Cameo is an uncanny valley of celebrity status and interaction. Tommy Lee of Mötley Crüe is ready for your script, while Emma Chamberlain is too busy.

But this is more than just explicit and awkward “levels” or “newness” of stardom. Audiences today are valuing any celebrities’ transparent and humanizing self-documentation and interactivity with us. But this is at odds with their continued manufacturization and commercialization of an elevated persona. Cameo presents another peculiar limbo here: We want it raw, but we’re willing to pay for it, fundamentally making it disingenuous.

Fame is now democratized, but that contradicts the fundamental idea of what it once meant: exclusivity. Cameo attempts to offer both of these elements, which makes the whole transaction feel unsettling. This result plays out like an inconvenient favor. It’s unclear if Joey Fatone of *NSYNC actually wants your Mom to have a happy Mothers Day, or if he really can’t wait to plow through his six requests for the day before going out and racking up a bar tab bigger than your monthly salary.

As influencer culture and platforms like Cameo swell, the future and definition of what celebrity means becomes increasingly unclear. This ultimately begs the philosophical question: What does it mean to be famous today?

Now that Cameo allows anyone to enroll as talent, the platform has experienced a surge in available “celebrities.” Users can now book teenager Joey Russo for $2. Who? Even Google doesn’t know, but he’s famous enough that he’s been booked over a dozen times.

If fame is now available to everyone, what is it actually worth? 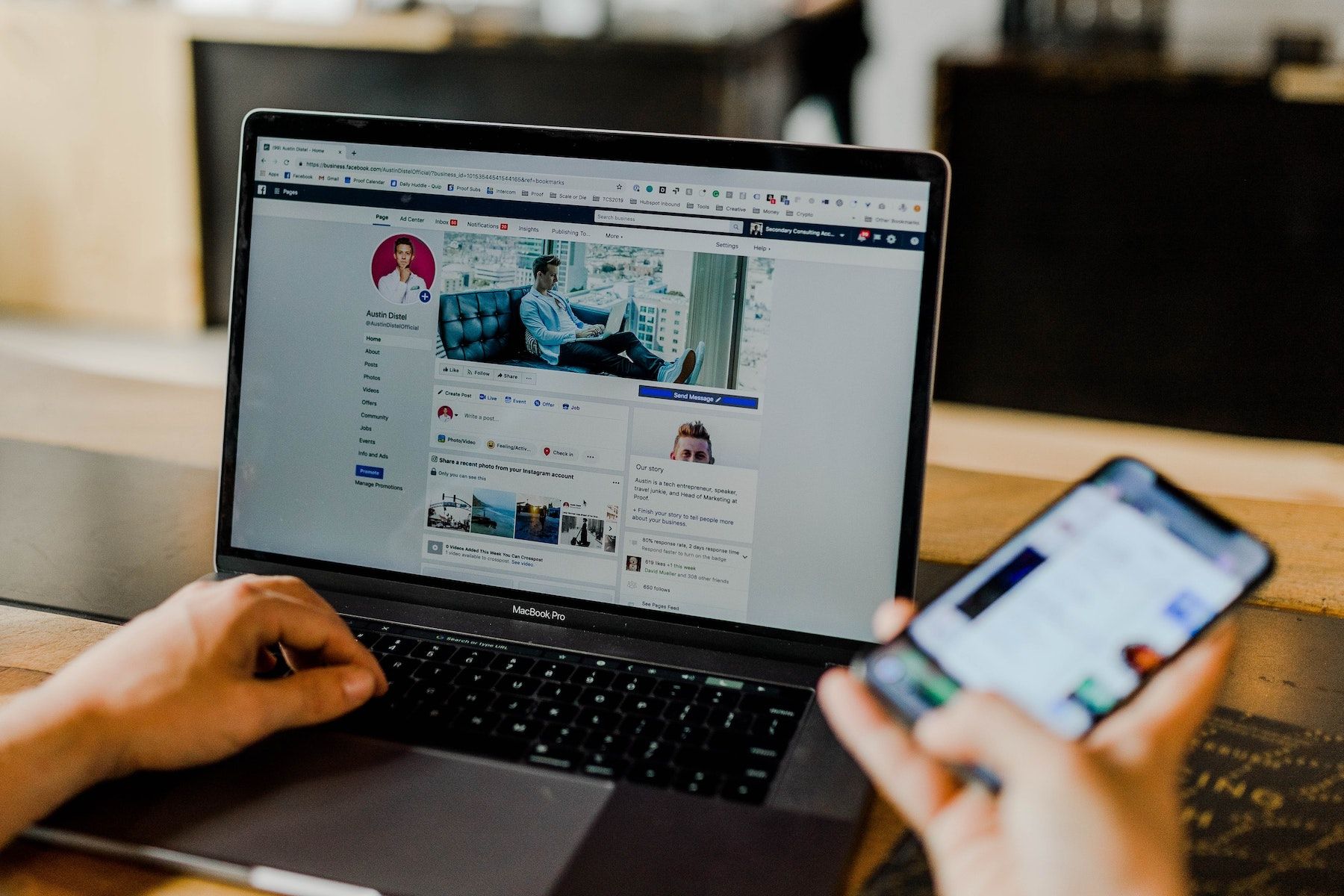