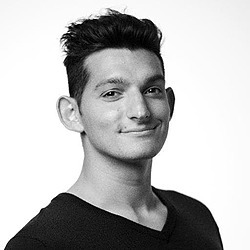 Why It’s Time To Redefine Success

While 30% of the U.S. population have used an online dating platform, 1-in-4 of those users, or 22.5M Americans, have never actually gone on a date. Several years ago, Hinge found only 1-in-500 swipes turned into a phone number exchange, and 4-out-of-5 users can’t recall the first name of their last right swipe.
This minimal success contrasts a more recent finding from a sociologist at Stanford University that connecting online has become the most popular way U.S. couples meet today. Roughly half of Americans ages 18 to 28 say they use online dating sites, according to Pew Research.
The online dating industry, worth $2B in 2020 and growing 9% YoY, is a collection of companies that we’ve unjustifiably come to expect very little from — despite their ubiquity and importance. While this dearth of satisfaction can be chalked up to one critical variable: other users, such low expectations should not be a reconciliation of “it is what it is.” This sentiment should be reframed as an invitation for developers, marketers and technologists alike to think harder, innovate better and work faster… especially now that these platforms have been dubbed the necessary evil.
Despite widening the pool of potential dates, developing a ludicrously convenient manner to meet, and sparking countless loving relationships, just because a product occasionally works, does not imply that it’s reliable nor an enjoyable experience.
Research does just uncover minimal success, but significant dissatisfaction…
According to the Pew Research Center, 88% of online daters do not think online platforms have had a positive impact on dating, and for those who have used a dating site or app in the past year, many say the experience has left them feeling more frustrated (45%) than hopeful (28%). They’re also more pessimistic (35%) than optimistic (29%) when it comes to the future of online dating. Four-in-ten users also describe their time on these platforms as “at least somewhat negative”, including nearly 10% who say it was “very negative.” More than half of online daters, reveal feeling lonely after swiping — a sensation that the product is meant to solve for.
Unfortunately, this frustration is more nuanced by gender. While 61% of men who have online dated in the past five years say they did not receive enough messages from people they were interested in, women face more grim grievances. For females 18–34, 60% report that someone on a dating site has continued to contact them after they said they were not interested. For both genders, roughly seven-in-ten believe it is very common for people to lie to try to appear more desirable.
When dating sites adopt a social media company ethos of “we’re just a platform”, we witness the normalization of anti-social behavior as dating sites “can’t” be wholly responsible for its users’ behaviors. This is wrong. A zero-tolerance policy for anti-social behavior (spam, harassment, lewdness, or mere disrespect) should actually mean zero-tolerance: an immediate and indefinite ban from the platform after confirmation. No questions. It’s this draconian measure that will ensure a healthy and effective product first and foremost. When asked for clarification on Hinge’s “zero-tolerance policy” they would not clarify.
The misgivings of online dating are rooted deeper than immature anti-social behavior, and in several design flaws worth unpacking…

Firstly, the business model of online dating is one which does not fit the concept. Hinge only makes money on single people. Profiting on ineffectiveness is a conflict of interest. While plumbers and hospitals also arguably profit on ineffectiveness, their solutions are reliable and consistent, and if they don’t deliver there are consequences unlike dating platforms. While in a new ad campaign Hinge claims they’re “Meant to be deleted”, this assertion runs contradictory to how they run their business. Hinge’s revenue is dependent upon users remaining on their platform. So when two users prevail, Hinge does not. Even Big Tobacco wants you alive so users can smoke more. We deserve a dating platform which has aligned incentives, becoming a fiduciary partner to users’ experiences. Currently, these are cold intermediaries with upside-down success metrics: more users, spending more money. When a company’s success is dependent upon users’ failure, we’re destined to experience dissatisfaction. This is not an over-exaggeration considering the current, pending FTC lawsuit against Match Group which allegedly baited potential users with fake messages to encourage them to sign up and boost subscription numbers. Match Group, an investor in Hinge, doesn’t want you to find love as much as they want your money. And the cherry on top, what does it say about a model where someone can find their lifelong partner without paying a cent, while others can shell thousands just for rejection?

The second core issue with today’s current platforms is that there is an imperceivable misalignment in user intentions. Why are you here, and what is it that you expect? The fact that these motivations may shift throughout the week, makes alignment a constant challenge. All are in darkness. Everyone is playing their own game with a unique set of rules, which not everyone is capable of decrypting. It’s a guessing game for all involved. Everyone is on a different page, flipping to the wrong page, trying to get on the same page. This lack of explicit intention causes confusion and inevitable conflict. Signaling intent via profiles is one solution, but a platform which only asks once is foolish. Whether for a hookup or a relationship, these reasons are more complex and not always fixed. Static choices deny context like time, mood or the match itself. An app should work on behalf of its users.

The absence of accountability is a thorn for all. While a lack of consequences spurs anti-social behavior previously discussed, a platform should also attempt to curb less intensive, but more prevalent unsocial behavior: actions which cause more mild annoyance. Repetitive ghosting, flaking, bread-crumbing, or excessive delays should arguably also be met with intolerance. If a platform is going to insert itself into the development of a relationship, it must not pretend it doesn’t exist, but instead take on responsibilities, setting the table. Without any ramifications, unhealthy behaviors become normalized, helping no one. One potential solution is to brand detractors with “Scarlet Letters” after unsocial behavior, but a healthier option is to instead reward and badge those who exemplify virtuous behavior. This makes them more attractive to other users, and is an example of how a platform can work on behalf of its users.

When users are tasked with selecting just six photos, they are often the six best photos ever captured of them. Inevitably, in person, rarely does someone live up to the hype of these highly curated pictures. For any app that prioritizes photos, disappointment is baked in. While text prompts, bios and videos are slightly more robust, profiles attempt to cement an identity, which instead should be dynamic and expressive, especially considering this particular context. There are opportunities for better use of Emoji’s, GIFs, pop-culture interests, activities and Bitmoji’s as these tools help users not just communicate, but self-identify. Liking The Office and hikes is not a personality. Further, profiles are created in isolation, and what doesn’t exist, but should, is a mirror to help users see themselves relative to others. How do I stack up, and how can I differentiate? The fact that there are patterns in responses on Hinge (ex. I’ll fall for you if: “You trip me” or Find me at the party: “Petting the dog”) reveals an opportunity. Who wants to be the person saying the same thing as everyone else? But how else would they know? In other words, you don’t want to wear the same outfit of everyone else at the bar. Hinge knows this information but does nothing to help you.

When Tinder needs to limit users’ number of swipes per day because too many people are mindlessly exploiting the platform, it’s evident the company has conditioned an unintended, unhealthy behavior. But these behaviors should be reversed or eliminated, not just limited. Swiping is too low cognitive load to be taken seriously. For that reason you get people “swiping just for fun.” Low cognitive loads from liking to texting removes any semblance of friction which is innate to human connectivity and especially dating. If we wouldn’t walk away from someone mid-conversation face-to-face, and if we did we’d know there would be social consequences, why is it acceptable online? The ability to ignore anyone or endlessly pull the addictive slot machine lever, has granted us God-like super powers — super powers which do not exist off-platform. This is an instance of an app giving us something, but not for our benefit, but for theirs: finances. These super powers have arguably worked against users when we envision conversion funnel of Likes > Matches > On Platform Chats > # Exchanges > Off-Platform Texts > Date Scheduling > 1st Date > 2nd Date. Nearly half of people who message a match never receive a response. Invincibility does harm. Inserting premium fiction or capping user pools which emulate real life social experiences is one approach. If we cannot better users’ “success fractions” by increasing their numerators, we can do so by decreasing their denominators, prioritizing quality not quantity.
As more Americans flock towards and become dependent upon these platforms to pursue relationships, there is an unspoken ethical obligation to ensure frustration is eliminated and success becomes redefined. This is a moment to shift from business-focused, to user-centric organizations.
An app that takes on "fiduciary dating" will find unparalleled brand positioning, retention and ultimately the money that will come from both.
When it comes to our most meaningful experience being human: the pleasure of companionship and love, we can certainly demand technology to better serve us. Or perhaps we’ve been wrong all this time and tech can’t solve all of our problems — this is one instance where we should optimize ourselves before our apps. Maybe the problem is not what these apps have enabled us to do, but rather what they’ve disabled in us. A re-conditioning or recalibration of patience and empathy is maybe more important than just another app. But I suspect this idea may just get a left swipe.