You Don't Need An Expensive Laptop For Coding 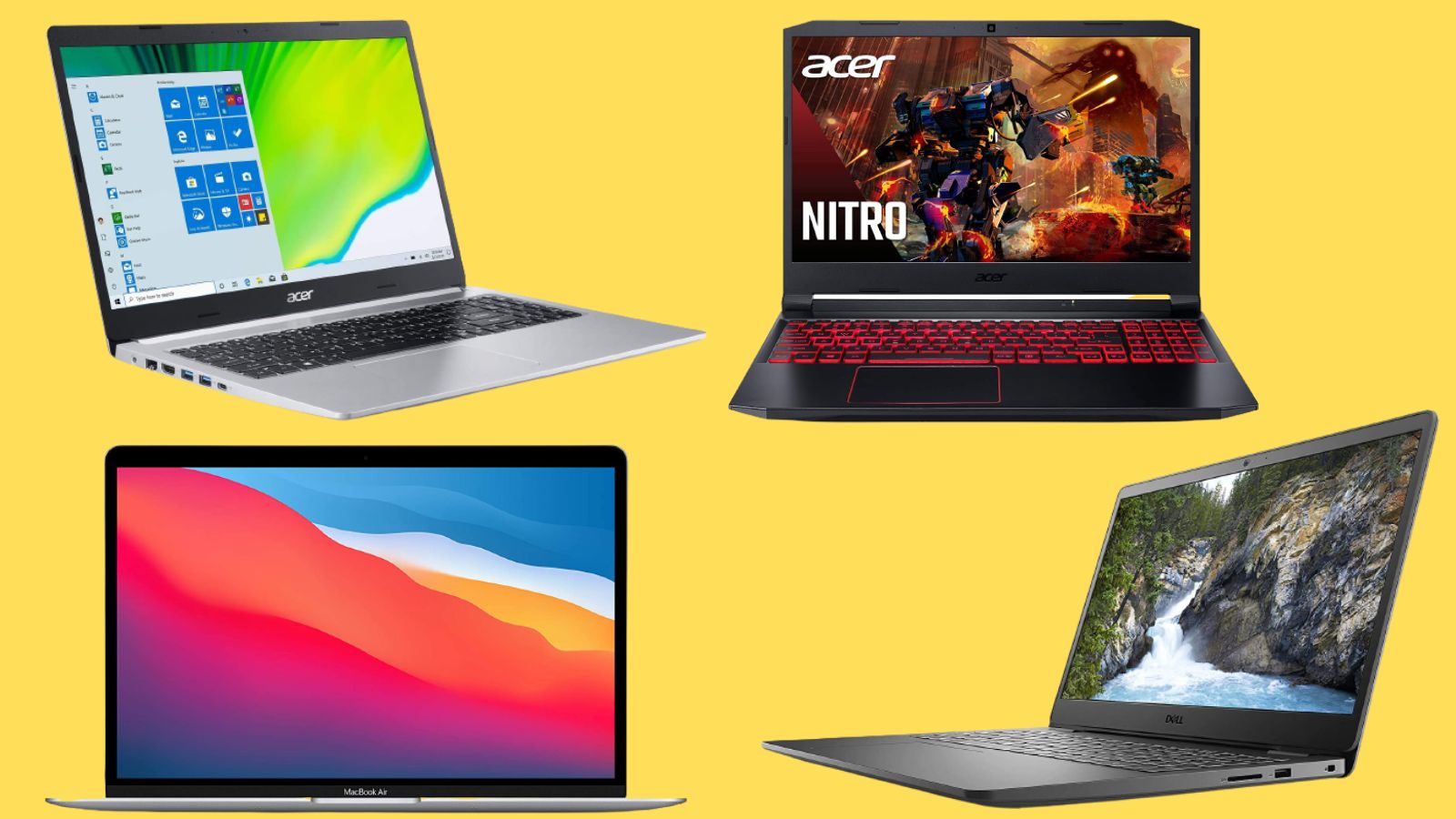 Hi, my name is Jure Reljanović. I like learning about coding and technology and helping others by sharing my experience.

Yesterday, while I was browsing the internet, I came across an article called "10 Best Laptops For Programming". I personally don't need a new laptop for coding. I already have a pretty good PC that suits my needs, but I thought let's take a look and see what's recommended for coding or at least what that website recommends.

When I got to the article and saw that all the laptops that were recommended were above $1500. That may not be too much for someone, but I personally think that a good PC or laptop for coding shouldn't be that expensive.

There are three criteria that every coding computer should meet. It needs to be fast, light, and portable. I will show you a few options for every type of programming that meet these standards and are far cheaper than $1500. They will all be laptops because you probably need a PC that you'll be carrying around with you and not the one that will be sitting on your desk all day.

Also, if you are not buying a computer just for coding but you want to use it for playing video games or for doing some other activities that require a lot of power, I'll give you a few relatively cheap options that will allow you to do that too.

First, we will take a look at the computer for game developers. Unlike the other fields of development, game development will typically require a more powerful machine to run all the programs properly.

And, by the way, when I say game development, I mean developing games for PC. If you develop games for Android or IOS, you'll find my recommendations a little lower in the article. 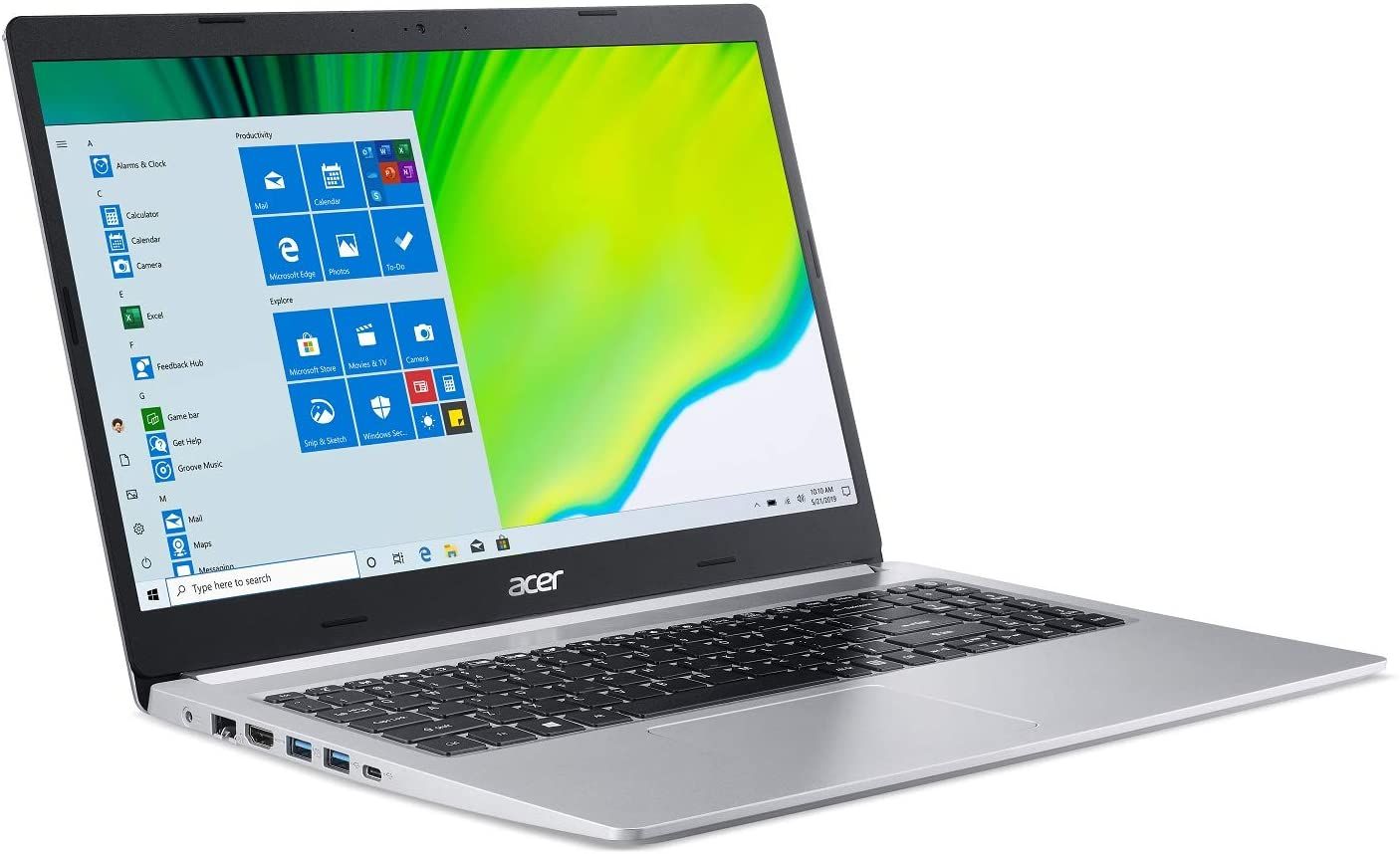 The one laptop that I would recommend for game developers is Acer Aspire 5. It's a 15.6-inch laptop that features 256GB SSD which unlike the traditional HD (Hard Drive) is much faster and will allow you to quickly navigate between different programs. It also has 8GB of RAM and an AMD Ryzen 5 4500 CPU, which will allow you to keep a lot of programs open at the same time without your screen getting frozen. The battery lasts about 10 hours which will allow you to easily get through your day without needing to carry the charger. The display is an IPS panel with full HD (1,920-by-1,080 pixels) resolution. The keyboard is comfortable to type, and also has white backlighting which makes it a little bit cooler than a plain non-backlit keyboard.

All in all, this is a great laptop that can be used for game development, browsing the internet, and multimedia. It can also be used for playing some lighter games like CS: GO, League of Legends, and Valorant. If you are looking for something move powerful that will easily play all AAA games, I'll suggest an option later in the article.

The second category is for all the web developers and android developers. You typically won't require that much power since you'll mostly be running just Google Chrome and code editor. If you are developing desktop applications (not games) this is also the category for you, but it depends on what are you developing. If you are developing some very graphical applications, you might be better going back to the first category. 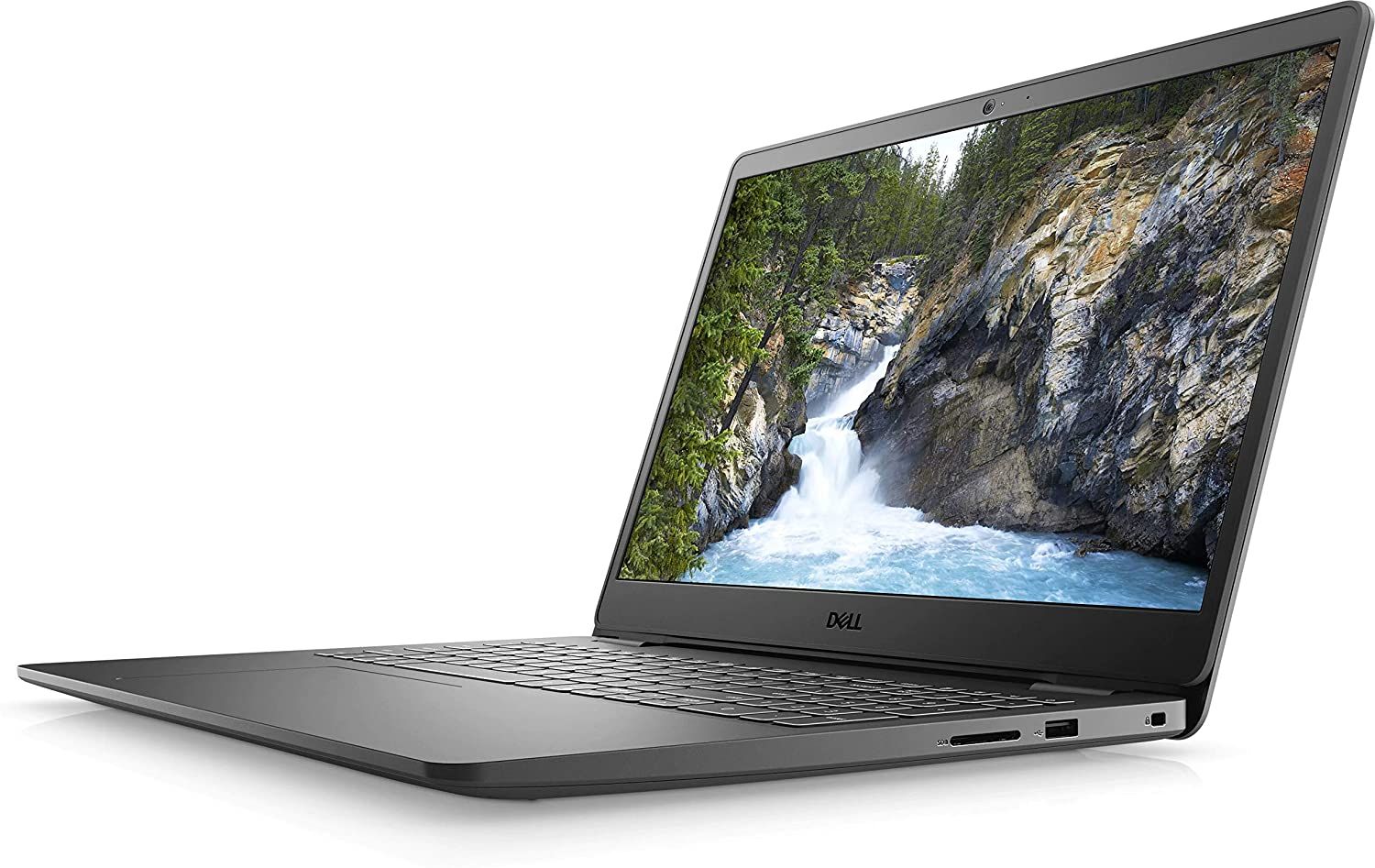 No matter if you are a web or android developer, Dell Inspiron 3000 is the machine that will do it for you. It's a 15.6-inch laptop with a full HD IPS display. CPU is Intel Celeron N4020 which isn't that powerful CPU, but for regular work and browsing the web, it'll be just fine. The rest of the configuration the pretty much the same as the Acer Aspire 5 (the laptop for game developers). It has 8 GB RAM and 128 GB SSD, which make it a very fast machine. Since it's not the most powerful machine, it'll be very light to carry around with you.

Keep in mind that 128 GB of SSD storage won't leave you with much storage left when you install all the programs you need. That might not be a problem, but if you like to play games, you might not have enough space to install more than one game.

I stand in this category. If I am buying a new computer, I like to be able to play games on it. I don't like having two different computers for gaming and work. One thing I need to say is that if you are really into gaming, you might be better buying a desktop PC, because you'll get more performance for your money, but since we are considering portability I'll still recommend a laptop computer. 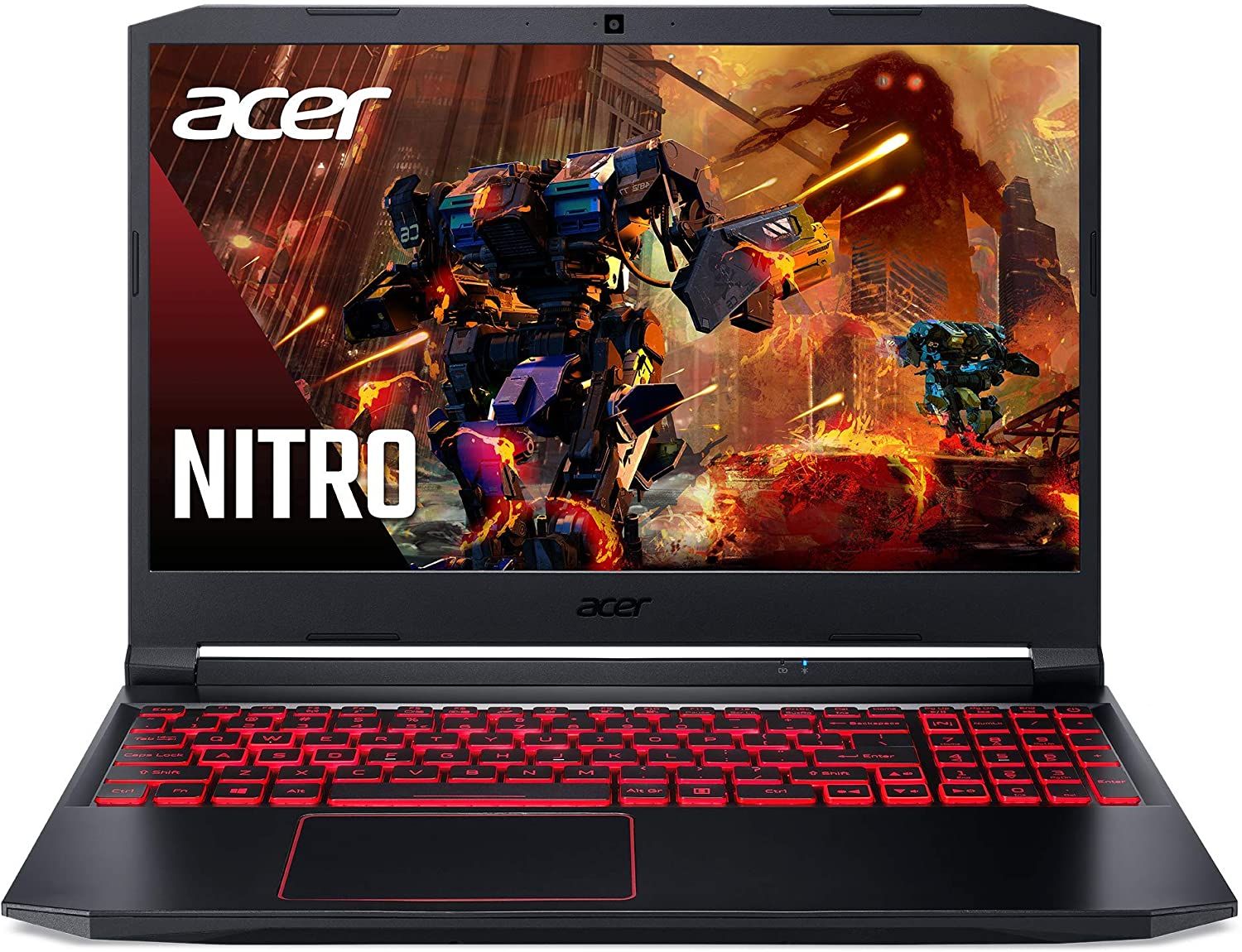 If you are a developer and also like to play games in your free time, the Acer Nitro 5 will do the job. It has an IPS display panel with full HD resolution, and a 144 Hz refresh rate, which makes playing first-person games both easier and more enjoyable to play. Storage is handled by 256 GB SSD and 8 GB RAM. Two components that make it a true gaming computer are Intel Core i5-10300H CPU and NVIDIA GeForce GTX 1650 Ti GPU. With that configuration, this laptop will handle pretty much anything you throw at it including gaming, coding, multimedia, browsing the web, etc.

The only small downside is of course the weight. Since this is a gaming laptop it's a quite heavy machine for carrying around with you every day. But if you like to play games and don't mind some extra weight that you need to carry, this may be a laptop for you. Also, the battery might be a slight issue. Don't get me wrong, it's has a very good battery which lasts about 10 hours if you use it for work, which is a lot for a gaming laptop, but if you start a game those 10 hours turn more into 4-5 hours.

By now, you probably know that if you plan on developing IOS apps, you'll need an IOS device. There are some ways you can work around this and still use a Windows computer for developing IOS apps by using a framework like Flutter or React Native, which allow you to create an app for both android and IOS from one codebase, but there are a lot of companies which still develop apps for android and IOS separately. 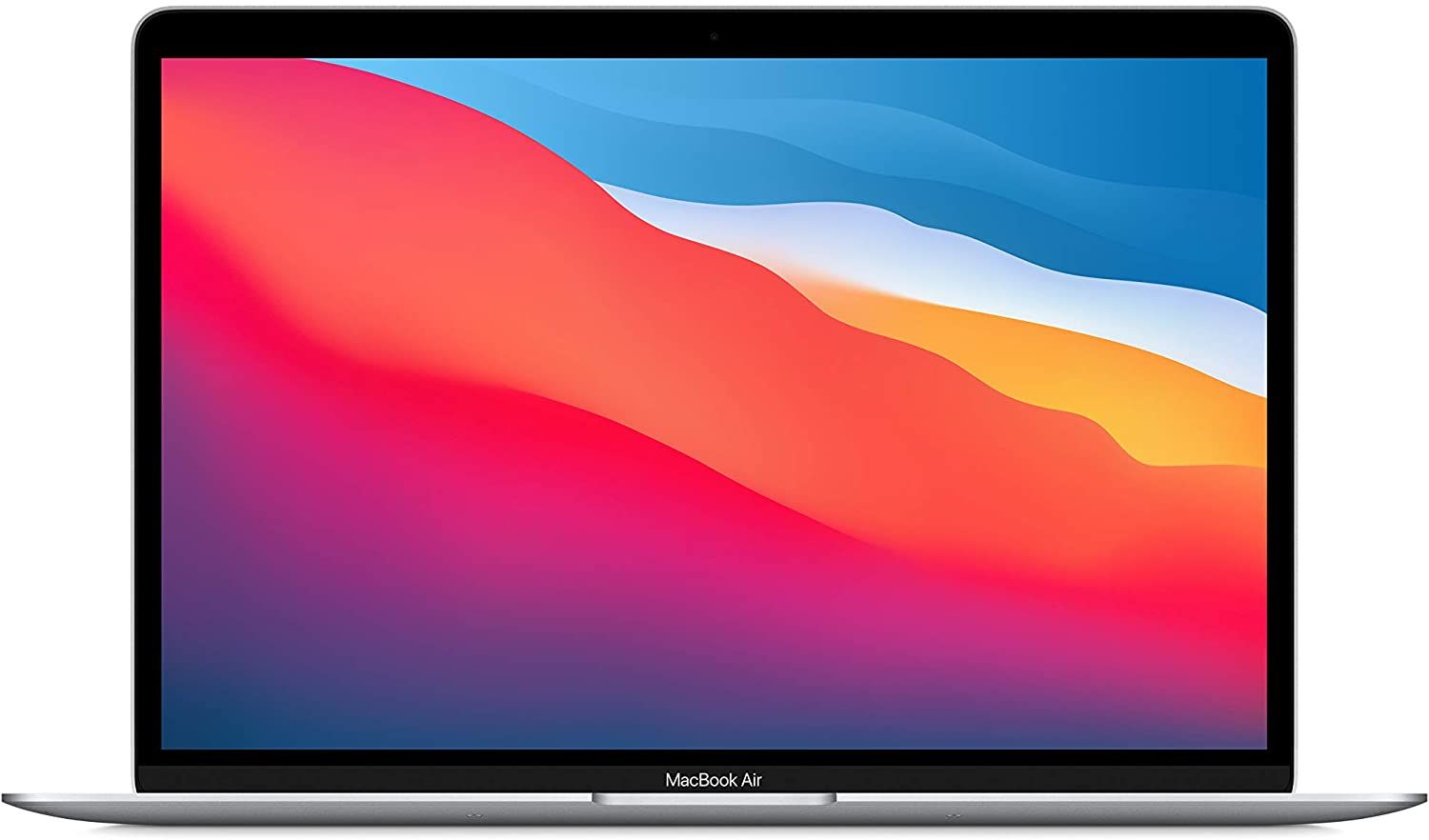 Apple MacBook Air 13-inch 2020 is the cheapest MacBook that you can buy right now. Although I say it's the cheapest, you need to keep in mind that it's coming from Apple with the price of around $1000, which makes it the most expensive laptop on this list. It has Apple's newly developed M1 chip which with 8 GB RAM and 256 SSD allows it to rip through work and daily tasks.

Although MacBook Air is a really fast laptop or even one of the fastest laptops you can buy, you need to know that it's primarily a productivity machine, and it's very good at that. You won't be able to play any games on MacBook, simply because games are not being developed for Mac OS.

If you like playing games, you might want to choose the previously mentioned Acer Aspire 5 which will cost you $200 less than MacBook Air, but it's equally or even more powerful than MacBook. But, then you won't be able to develop IOS apps, so you don't really have any options other than giving up gaming or buying a second gaming PC.

There are few positive things that I need to say about MacBook. That is its portability. It weighs just over 1kg (2.2 pounds) which makes it one of the lightest laptops in the world. The battery lasts about 15 hours of normal working or browsing the web, which is also one of the best batteries in the world.

All in all, MacBook Air is one of the best laptops for everyday people, who value the lightweight, speed, and long battery over the ability to play games.

To summarize, you don't need an expensive PC for coding. Anything around $500 will do the job just fine. I gave you a few of my recommendations that I would choose if I was buying a new PC right now.

I hope that you found this article helpful.

Related Stories
Subject Matter
Should You Even Use A Regular Web Hosting Anymore? by @jure
#web-development
3 Tips to Improve Your Mental Health as a Developer by @samwalpole
#mental-health
How WP-CLI Works: The Command Line Interface For WordPress by @atulhjindall
#wordpress-development
4 Software Engineering Principles You Should Know by @marvin
#software-development
Reviewing The Font: Saintjean & How To Use It by @huashu
#design
5 Best Assault Rifles in Warzone Based on Stats by @jackboreham
#gaming