Working Out the Kinks in the Sharing Economy

The sharing economy is growing rapidly. Even though the term lately seems to be overused, it is commonly misinterpreted. The sharing economy focuses on the sharing of underutilized assets — monetized or not — in order to improve sustainability and community. It’s an economy that’s based on collaboration and trust. Over the past few years, we have witnessed a dramatic increase in the popularity of sharing economies all around the world.

The Current Problems With the Sharing Economy

The sharing economy is still a relatively new concept. But apart from the obvious giants such as Uber and AirBnB, most people would draw a blank when trying to name big names in the industry.

Because it is such a new concept, there are still many issues that need to be straightened out in order for it to reach its full potential.

First of all, these sharing economies are largely segmented, or operate only within very small local markets, making it difficult to scale. In addition, it becomes a huge hassle for users to sign up, as each individual service has a different process that they must follow in order to verify their identity. This is time-consuming and frustrating, and it turns away many potential users.

Accessing these platforms when you need them most, such as when traveling abroad, is also often unnecessarily complicated, as many providers only allow local residents to use their platforms, or they charge extortionate fees to travelers.

But the largest and perhaps most significant problem is that users are often required to place large amounts of trust in both the platform and in other users of the platform. If anything goes wrong, they often have little recourse. At best, they might have to go through a lengthy process to get their money returned. At worst, they might be left stranded in a dangerous situation.

How Can We Solve These Issues?

One blockchain startup, ShareRing, is working to simplify the sharing economy. For individual users, the platform will act as a simple all-in-one solution designed especially for sharing assets such as tools, office space, cars, and even meals.

It will feature a single, simplified login system, meaning users only have to log in once in order to access the services they need. This prevents users from having to create multiple accounts and having no option but to share their personal information with a number of different corporations. The platform can be used by anyone, whether they want to hire or rent an asset.

Because the ShareRing platform covers multiple industries, they can exchange their tokens for any service they wish to rent. For example, if they receive SHRP tokens in exchange for renting out their car, they will have the option to spend these tokens on anything from apartment rentals, to WiFi sharing, to hiring a dog-sitter.

The application also offers many benefits to the corporations who sign up to it. Most notably, they will get more exposure and therefore more customers from being a part of a bigger platform.

The Future of the Sharing Economy

There are many good reasons to choose the sharing economy. It saves money, encourages connections, and perhaps most notable of all, reduces our global footprints, thereby offering greater social sustainability.

The concept of a sharing economy is still relatively new (AirBnB was founded as recently as 2008, and Uber a year later in 2009 )but it has already had a large impact on our society. By 2025, the sharing economy is anticipated to be worth $335 billion.

As it stands, one of the main bottlenecks holding the concept back is the lack of awareness about the variety of sharing options available.

While using AirBnB to share our apartments seems like an obvious concept now, very few people would think to borrow an expensive dress for a party using a dress rental app like Curtsy, or to borrow a toy for their child to play with. As time progresses, and and the sharing economy continues to grow, it is likely that we will witness a drastic change in consumer habits over the next few years. 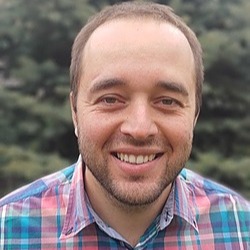