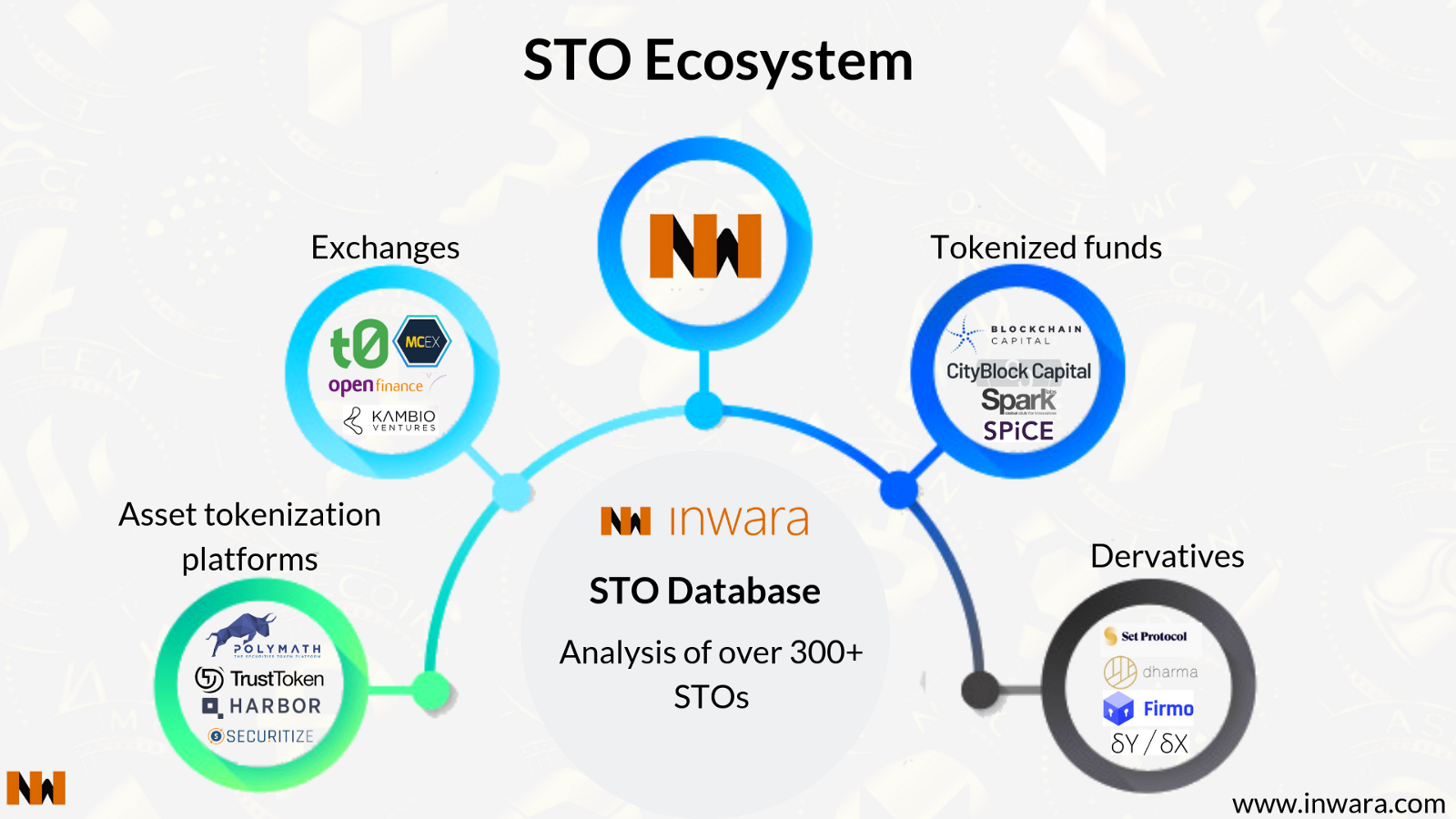 Disclaimer: Article inspired from InWara. This is not financial advice.

Security token offering (STO) is a fundraising tool similar to an ICO, but with certain regulations that hold the token issuers accountable for their actions.

The relatively quick success of ICOs has established them as a viable method of crowdfunding. While ICOs have helped a lot of startups raise a great deal of money, the fundraising method also paved way for a variety of scams as there were little or no regulations involved.

Blockchain technology has been evolving ever since it has gained popularity which was mostly due to Bitcoin in the early stages. Now, with the developments in the smart contracts, security tokens have come into existence with the sole purpose of establishing themselves as the new use case for real-time digital assets that operate within the legal boundaries.

Security Tokens are not entitled to their own protocol technology but are constructed on existing protocols with Etherum being the most popular in the space currently. However, it is not the only option as there are more protocols entering the space.

However spiffy the term might sound, this doesn’t have any relations whatsoever with smart contracts being the same as legal bonds. They are basically programming languages set by the blockchain protocol. Ideally, they are supposed to have a utility and therefore a value which is why they are named utility tokens.

These platforms create and distribute the utility tokens and are also responsible for having compliant, regulated smart contracts for the token issuance.

The most essential component in the digital asset ecosystem as they facilitate trading, therefore, providing the liquidity in the equation. Without them, there is no worth of the token except if someone else is ready to pay for them.

SEC’s cracking down on fraudulent and non-compliant ICOs has initiated a shift in the fraternity from ICOs towards STOs.

STOs because of the underlying asset backing in the form of regulations and compliance’s in most jurisdictions and hold companies behind the projects accountable to their investors.

October 2018 has seen the most number of STOs than ever before. This noticeable shift from ICOs to STOs is largely driven due to the recent bottoming of the retail market (both Bitcoin and Ethereum) and softening demand from retail investors for ICOs.

The crackdown has also resulted in investor confidence erosion that prompted the investors to change their preference to STOs.

Number of STOs by industry

Investments and Trading takes the lead with the most number of STOs so far, contributing to over 20% of total STOs. Financial Services leads the pack in ICOs numbers but for STOs, the sector takes a step back.

STOs fueled an influx of investment into real off-chain businesses that provide equity/stake in exchange for capital.

Ethereum’s ERC 20 is dominating the space with 68% token adoption by STOs.

Polymath, one of the first companies to bolster the notion of STOs takes the next biggest share of 23% with its ST-20 token standard.

Securitize has developed four digital security issuers namely Spice venture capital, Blockchain capital, 22X, and Augmate exclusively for STOs. The adoption of these tokens is not quite common in the space for now, but the growing rage for STOs can increase the adoption rate for Securitize tokens.

When it comes to digital currency investments, STOs are considered to have a low appetite for risk because of the diversity in the security token issuance platforms when compared to ICOs. ERC 20 undeniably leads with over 90% tokens adoption rate in ICOs which is why the market trend in ICOs is skewed due to the event like XRP overtaking ETH as the second largest alt coin in terms of total market capitalization.

Also, Ethereum is coming up with a unique token standard. ERC-1400 specifically for security tokens. It is currently under testing phase by the Ethereum community. The goal is to make Security Tokens more credible by having certain specifications added to the existing ones that will potentially make ERC-1400 comply with ERC-777 and ERC-20 standards.

The number of SAFT entries with SEC has been significantly rising with SEC’s actions against fraudulent issuers. Recent reports indicate that the SEC may be working on a systematic investigation of all projects working under the simple agreements for future tokens (SAFTs) framework.

STOs going strong with a success rate of 99% so far

We are now witnessing an increasing number of STOs as the there are over 60% STOs that are either active or upcoming. Also, the companies intending to raise funds are starting to realize that the interests of a sophisticated and/or accredited investors and funds are more inclined towards “security” tokens instead of “utility tokens”, due to values possessed by the security tokens.

As per Inwara, Neluns raised $136 million through STO highest till date, followed by Tzero with a raise $134.7 million.

SEC is making a statement to seek a balance between permissiveness and enforcement of “well-established” rules and regulations and is not hesitating to take legal actions against the foul play activities as it did with Paragon and Airfox.

Paragon and AirFox are two ICOs that have fallen prey to US regulators and SEC as they accepted to have engaged in the sale of unregistered securities for which SEC slapped them with a fine of $250,000.

In the not so distant future, STOs might potentially overtake ICOs. They will be legal, regulated and one can invest in them with a genuine expectation of returns. Returns that aren’t influenced by the Bitcoin’s market price, but the positive cash flow of a business which is healthy for the digital economic ecosystem.

Where is this data coming from?