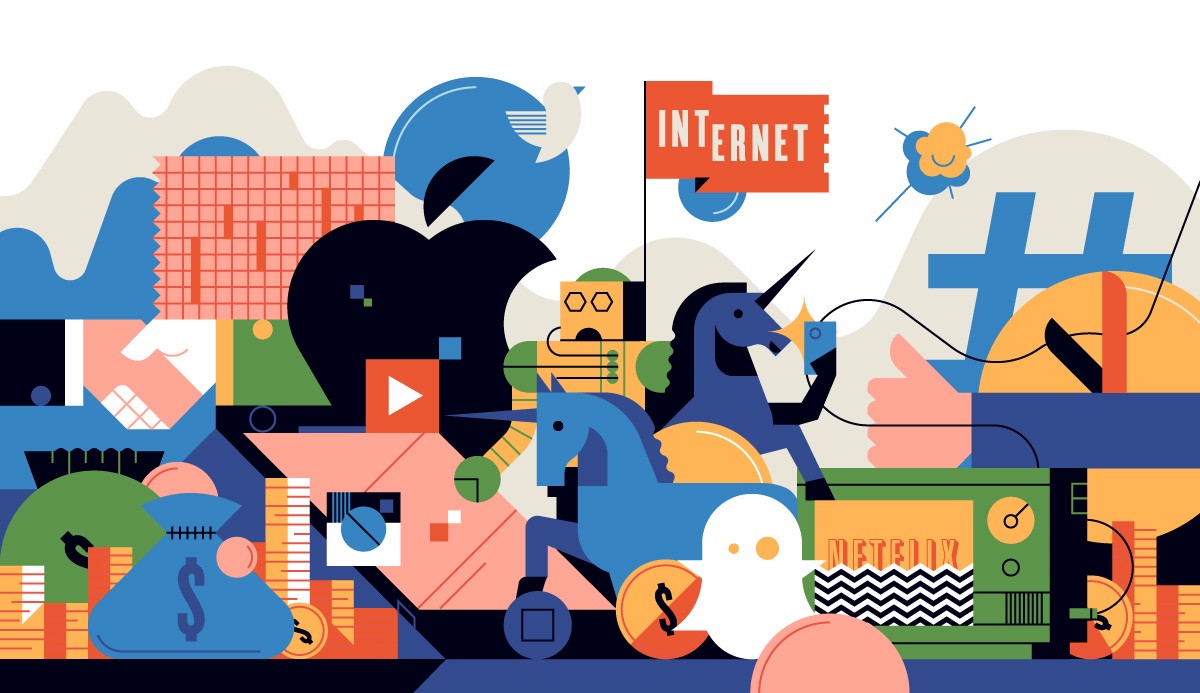 Venture capital has tread a worn path to success

The familiar belief is that its development is identical to the movie industry. What started with individuals investing money to create movies — with no other forms of assistance or expertise provided — evolved to production houses which offered all the expertise necessary to create the film. Value added production companies could offer you the investment needed to make the product while also giving you the expertise to hire the right people, use the right technology, marketing channels and everything else in between.

From there it has evolved to something more distributed. YouTube, Netflix and Facebook, to give a few examples, have expanded the typical route to market for video. Platforms of creators have evolved on which collaboration is the tool used to dominate. Diversity’s the key that turns the lock and consumption occurs instantantly which enables virality without expenditure.

The same will be true of venture capital

The reality is that investment funds lack the necessary tools to encourage participation from partners. The internet has enabled collaboration on an unprecedented scale but this has never proliferated through to consumer choices. Most people have savings for retirement — hardly anyone knows that these funds are invested in.

Should we not alter our behaviour to benefit ourselves financially?

If we are invested in a company — even indirectly — should we not have the means to assist their growth whereby benefiting our financial future?

The power of this next wave of VC funds will be the value and expertise that can be accrued from a network of experts who are also partners in the fund. Their superpower will be organising thousands of users to assist with the growth of the whole portfolio

Token based funds are the future of VC because they exceed what exists in terms of utility to investors. They provide liquidity when required in a secondary market that can set the value of investment freely

The future is the crowd

It’s in people coming together in movements to impart good on the world around them. A decentralization of power promises an aligned network of partners that are able to achieve far more than you can alone.

The traditional model depends on the individual

Time x Effort x Relationships = the opportunities they are able to pursue Crowd-backed-investing exponentially increases every part of that equation leading to better outcomes,opportunities & higher profits

0.000X tokens could be paid for sharing a message on your social media profile, sending an email or downloading an app. The thousands of the partners in the fund contribute to the marketing message being shared reducing the acquisition cost of users by several orders of magnitude.

As the fund increases in value, the price of tokens grows, rewarding the earliest participants most

Individuals would be rewarded significantly for recommendations that lead to investments, receiving tokens which entitle them to a higher % of ownership.

Imagine the power of 10,000 individuals setting upon their local supermarkets to demand they stock a specific product created by a company that they are invested in!

How this model works

Interest rates are terrible. that means any money you have in a bank isn’t working for you. The account works like a standard current account does, enabling your every day spending. The interest accrued on your account, and thousands of others, would be captured and used to invest in startup companies across the globe. You are rewarded in coins commensurate to the amount of money stored in your account each month.

This means that there is no risk to your money while it is in an Nexves account. The only capital ever invested is money accrued from the interest off the money in all the accounts. There would be a mechanism to buy more coins — and a higher % of ownership in the fund — but this wouldn’t be a requirement to participate.

Simultaneously, Nexves analyses all your financial transactions, whether it is recurring monthly expenditure or consumer purchases, aggregates them against everyone else on the platform and tells you how much you could save.

Eventually we will negotiate those costs down on your behalf for free without you having to do anything. Simply by having an account you save.

10 people have £/$1,000 in their account. Each person would receive 10% of the total amount of coins created that month — entitling them to the same fractional ownership of the investment funds future profits.

A whole generation of savers are familiar with the concept of premium bonds, this takes than model and potentially rewards individuals with unlimited upside via ownership in the revolutionary companies of the future.

The internet has enabled collaboration on an unprecedented scale. This fund is the first in the world which enables investors to collectively act together for the mutual benefit of a fund where there actions directly impact the financial return they can see in the future.

This fund lets every single person lower the customer acquisition cost for every startup in the portfolio giving the most innovative and revolutionary companies reasons to choose Nexves over other investors.

That is the promise of this new system

We have just received significant investment from the CEO/Founder of a £Billion business. We are creating the platform as we speak. Be one of the first to join and one of the lucky few who earn tokens during the pre-launch phase!

Related Stories
Subject Matter
Download Mysterium VPN - First 20 GB streaming FREE by @Mysterium Network
#promoted
Java Vs. PHP: What To Choose In 2021 by @omelnic
#php
The Loneliness of Entrepreneurship That Nobody Talks About by @daniel-chae
#how-to-feel-less-lonely
Meet Magister Ludi: The Process By Which Validators Are Chosen on the Free TON Blockchain by @freetonhouse
#blockchain
What Is It About Blockchain That Seduces Normies: An Analysis Through Free TON's Lens by @nonamec3po
#blockchain
Decentralizing The Internet: The Hitchhiker's Guide by @nich
#decentralized-internet