Why Mobile AR is evolving faster than you think

With both ARKit and ARCore now released to the public, Augmented Reality (AR) is now enabled on over 500M devices. There are over 2,000 AR apps available in iOS App Store and another 200+ available on Google Play. With few breakout hits, many are wondering what the killer use cases for AR will be. We can examine the growth of the mobile app ecosystem to better understand how mobile AR will evolve.

The growth of the mobile ecosystem was driven, in part, by three use cases: Creative, Contextual and Connected apps. These same use cases are now pushing the AR ecosystem past the initial novelty stage into creating true value for users.

Apple first launched its app store in 2008 with ~20k apps, and by the end of 2017 there were more than 3M apps. The first mobile apps were novelties, simple and single-use such as flashlights, but the ecosystem quickly evolved by extending existing user behavior into mobile. Quickly, gimmicky apps were replaced by a wide spectrum of apps that are now integral to our everyday lives.

The growth of the mobile ecosystem was driven, in part, by three use cases: Creative, Contextual and Connected apps. These same use cases are now pushing the AR ecosystem past the initial novelty stage into creating true value for users.

Creative apps give users the ability to create new and better content. Instagram makes everyone a professional photographer and Musical.ly makes everyone a rock star. Creative apps enhance photos and videos with filters, stickers, music and more. By allowing users to share more than the raw footage of the camera, greater creative potential is unleashed. Similarly, AR is enabling new creation tools to share experiences beyond the camera. We see this with Snapchat’s lenses but it’s just the tip of the AR iceberg.

Filmr is a mobile AR app that enables fast and easy film editing. It offers a variety of animated 3D characters and objects that can be placed into a scene. The combination of their editing tools and AR effects allows anyone to become a special FX wizard.

While these effects are new and magical now, they will become even better over time, and we’re seeing a surge of 3D artists creating assets for AR and sharing them through libraries such as Sketchfab and Google Poly. Companies like Adobe, Torch3D and Simile are building tools for content creators to make 3D skills more accessible to everyone. Finally, improvements in rendering techniques like occlusion and PBR will soon make it impossible to distinguish between the digital and physical world in a scene.

Mobile apps became more useful when context was added to experiences. Yelp combined an existing dataset of local business data with location awareness to enable discovery on the go. Maps became more useful on mobile devices with turn by turn directions. Inputs from users also helped companies like Foursquare and Waze beef up their datasets to compete with existing competitors and build defensible data moats. If done right, the combination of tools and data can create powerful apps.

Similarly, AR becomes more useful the better we understand the world. Plane detection, cloud points, markers/image tracking and machine learning are all tools that enable a deeper comprehension of the real world. Through this knowledge, AR developers can overlay content and data to enhance your knowledge of your surroundings. Google Lens is one of the best examples of contextual AR and how combining different tools and data produce high-value experiences.

Entur is the official public transit app of Norway. It uses AR to overlay the location of public transit stop relative to the user’s location. Rather than having to translate a digital map to the real world, Entur visually shows where stops are located and provides directions.

AR tools are quickly evolving to help developers better understand the world and add context to it. ARKit 1.5 and ARCore 1.2 added support for vertical planes and image/marker tracking. Mapbox provides a location-based AR platform making it easy to bridge geolocation with AR. Apple, Google, Amazon, and others offer machine learning tools to recognize images and objects in the real world. As these tools continue to improve in accuracy and coverage, we will see more contextual AR experiences that enhance our real-world surroundings.

In 2011, we saw an explosion of on-demand apps such as Uber, Postmates, Lyft, Instacart and many others. These connected experiences enabled goods and services to arrive with a tap on our phones. Mobile apps were no longer single player experiences but connected a wide variety of customers to service providers. Better connectivity, ubiquity of smartphones and location data enabled these services to solve customer issues at scale. Even today, new breakout hits, like HQ Trivia, are connected apps that bring people together in a shared experience.

AR is shifting from individual-based use cases to connected experiences. Streem is an AR platform that connects customers with service providers. They enable users, with the tap of a button, to connect with service professionals to solve their problems. The service providers are able to identify issues visually and provide support and directions by overlaying information into the user’s world.

Streem is a great example of how connected AR is benefiting users today. There are many more multiplayer AR experiences available today. And this trend will only accelerate with the emergence of the AR Cloud. At I/O 2018, Google release cloud anchors to enable multiplayer AR experience in the same location. Later this year, Apple will publicly release ARKit 2.0 which enables multiplayer experiences and persistent AR. These are the first step to enabling connected AR experiences. Once the real world is accurately mapped at the cloud point level offering persistence and scale, we will see another explosion of connected apps that rival the on-demand revolution.

Killer apps are not build in isolation and new computing platforms often succeed as part of a larger trend.

There are other important trends happening in computing, including the emergence of next-gen computing devices like VR & AR, self-driving cars, drones, and IoT devices. Recent developments in artificial intelligence are extremely exciting and will enable computers to more intelligently interact with the world. We believe that just as the last three megatrends — mobile, social, and cloud — intersected and reinforced each other, so will the next three megatrends — next-gen computing devices, AI, and crypto. — Chris Dixon, Introducing a16z Crypto

So while some may be disappointed with the adoption of mobile AR to date, many of the next generation use cases are already being built by forward thinking developers. Apple and Google are investing heavily in ARKit and ARCore. The feature set continues to evolve and by the end of 2018 over 500m devices will be AR enabled. Startups continue to invent new tools and frameworks to make it easier to build AR experiences. Computer vision is quickly evolving and making it easier to understand the real world through our cameras. These technologies combined with other computing trends will push Mobile AR to new heights in 2018.

Viro Media is a platform for developer to build AR and VR applications. Developers can build cross-platform (ARKit and ARCore) AR apps with ViroReact or native ARCore apps with ViroCore. The Viro platform is free with no limits on distribution, sign up and start developing your AR apps today.

Exploring The Future of Hospitality Infused With Mixed Reality 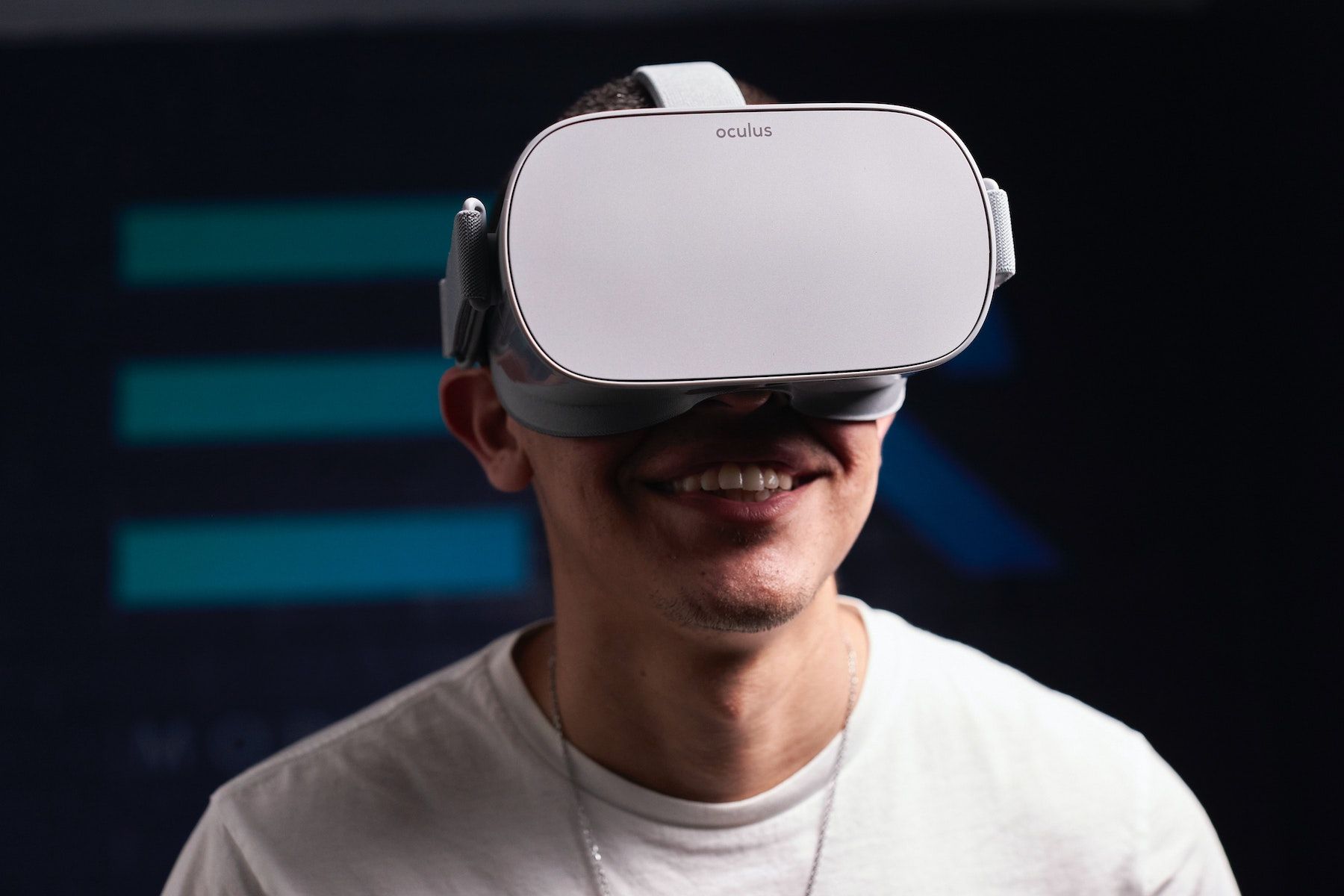 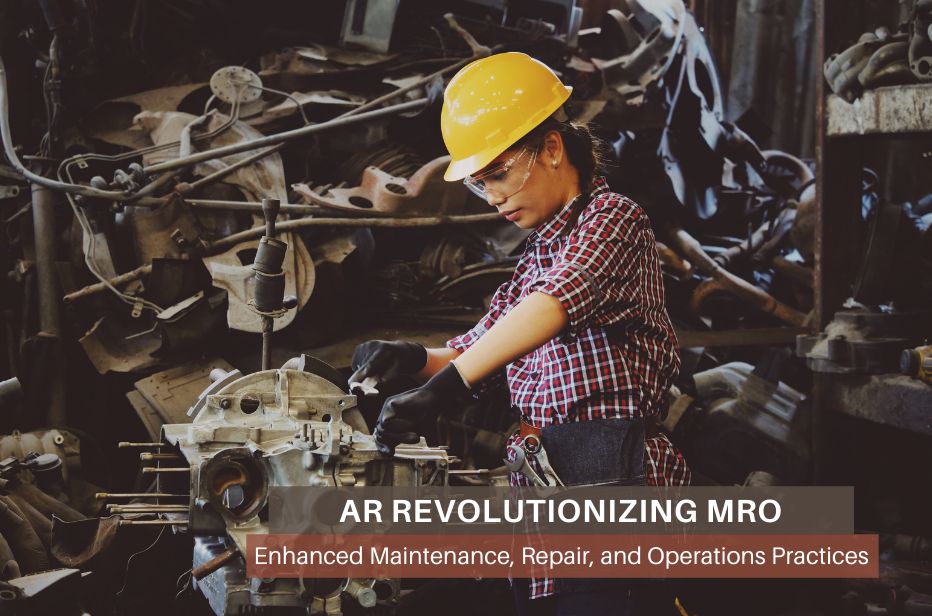