Why I Prefer Augmented Reality Over Virtual Reality

The difference in value between AR and VR has been a hotly debated topic for several years now. Most people, however, try to spin this debate towards only one specific thing, which is usually gaming.

The truth, however, is that both VR and AR have so much more possibilities in other parts of our daily lives. For example, VR is an amazing tool when trying to teach people something that requires too many resources or could be dangerous either for the student or the resource itself.

In this case, I mean things such as teaching surgery or electrical engineering for some serious hardware. Overall, VR is slowly but surely developing into something more of a video game-focused technology when comparing it with AR, but there are some similarities as well.

But, no matter how many times someone may try pitching VR to me, I’ll always prefer using an AR application, game or pretty much anything using this tech. Let me explain why.

One thing that is immediately obvious with Augmented Reality is that there is much less equipment required.

In order to truly experience Virtual Reality, people have to buy hundreds of dollars worth of equipment, which are the controllers, the VR headset itself and most likely noise-cancelling headphones to truly get in the mood.

Although I don’t argue that VR works amazingly sometimes, I’m more of a minimalistic person. This is why I usually choose AR, simply because I can run almost every application that has ever been developed for this technology right here on my smartphone.

I’m able to get all of the value out of the product, sometimes even more so than VR (as it seems to be underdeveloped sometimes) all for free.

Plus, don’t forget that most of the products available on VR require an additional payment for using them, thus making AR a lot more budget-friendly than anything else.

Another thing I enjoy about AR is how effortless it is to use it. For example, if a specific location has AR included features in it, all it takes is to simply grab your smartphone and start “recording” the local area. The application does what it’s supposed to and you’re not forced to waddle and touch everything in your path because you’re afraid to bump into something.

Sure, there are AR technologies that are applied to VR hardware, but every time I or most of the people I’ve interviewed puts a VR headset on, it’s like they’re deprived of their senses. Due to the unnatural image of the road ahead, the brain sometimes “skips a beat” and doesn’t perceive it as real, even if it’s just a real-time recording of what you’d be looking at.

This is why so many services that used to use VR switched to Augmented Reality. Take some of the popular escape rooms in London as an example. Most of them were VR-based, but when 80% of the visitor’s attention was stolen by just focusing on not bumping into something, the experience would be ruined completely.

This is why they’ve switched to something a bit more physical, while the Augmented Reality is used for things such as luxurious or complex locks and puzzled that are hard and expensive to manufacture.

Overall, AR is like the go-to money saver in the entertainment industry.

Simply looking at how much is available with AR will immediately shine a light on why I prefer it. There are just so many more options when comparing it to Virtual Reality. Things such as games, tools, utilities, fun puzzles and etc, it’s all encompassed in one tech trend simply because it’s so transportable.

Everybody has their phone on them all the time, right? So the number of people and the duration of time for using an AR app is much larger than VR, thus making it the more content-heavy of the two.

Imagine carrying a VR headset everywhere you go, only to bump into stuff, people and buildings. Although, I will admit that VR will help you get a much bigger picture of whatever you’re looking at.

For example, an AR application that shows an older version of a street you’re looking at would be a lot more impactful when wearing the VR headset. I’m not denying the usefulness of VR, I’m just saying that AR is much better.

I hope you have a different perspective of the two now, as they’ve kind of gone out of trend. 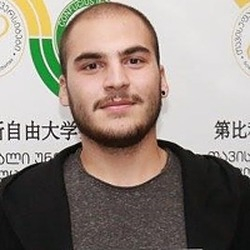