Why dApps aren't as doomed as you think 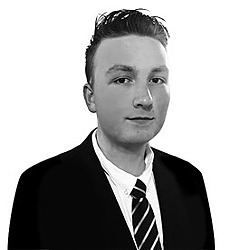 If you’ve been in the cryptocurrency and blockchain community for a while, then you’ve surely heard the phrase “we just need a killer app” to get crypto into the mainstream. Now, as you’ve most likely also noticed, many of the current decentralized applications that are out there have great ideas backing them — perhaps even revolutionary ones — so why aren’t any of these dApps achieving widespread use? Why aren’t they, or one of them, the “killer app” that we need? I certainly don’t think the gambling dApps topping the daily usage tracking charts would constitute such an app.
The answer to why none of the current dApps represent the “white whale” of killer apps isn’t complex, nor is it especially intriguing. It’s actually quite simple. Most everyday users just don’t understand how the dApps work, or they feel as if there’s too great a barrier to use the product.
Let’s look at an example. Say Alice wants to play a game built on Ethereum; before she even grazes the first level, she’ll have to set up a web 3 application such as MetaMask, writing down a mnemonic phrase to set up a wallet. After this lengthy exercise, she might also even need to acquire ETH in order to interact with the platform’s smart contracts.
If I was Alice and completely new to crypto and its benefits, I’d probably play just about any other game. This is obviously an issue, so how do we solve it?

The solution of improving UI/UX is the typical suggestion, and in my personal opinion, it’s silly. Of course improving UI/UX would help, however, how can we improve upon the most basic functions which blockchain requires? Without requiring the user to set up a private key, or requiring them to interact with a pre-existing key, platforms would not be dApps. They would be centralized, with databases storing passwords, and they would be no different to any other traditional platform.
The dApp debate is often centered around UI/UX when in reality the debaters themselves don’t even use the dApps they’re discussing; we’re all hypocrites. Yes, we need to make UI/UX as good as possible, and yes, we also need to use the dApps we’re so zealously championing for — however, the debate should really be centered around driving both marketing and education to create use instead of rehashing the “improve UI/UX and users will come” argument.
We need the public to realize the benefits of blockchain and why they should chose the decentralized option over the traditional one, even if it costs them a few more cents in transaction fees and a few more minutes of their time. We need to educate about the value of personal information and data — the oil of the digital age — and we also need to create platforms which provide genuine value to everyday users. The good part of it all is that if we educate and successfully get users to create a private key for their first dApp, then they’ve already bypassed the most difficult barrier to entry to the entire ecosystem, and they can use that key for all future dApps without necessarily requiring a new one.
As a side-note, it’s not uncommon to see games being mocked for not creating “real” value with blockchain, however, isn’t entertainment value a great way to educate and draw in users? We should not discount games’ ability to be a killer app, in fact, it could very well be a game that achieves “mass adoption.” Gamers, although a broad term, are generally speaking amongst the first adopters of technology.

Of Sheep and Wolves

As established, dApps have a barrier of entry problem. The problem with a higher barrier of entry, both one of knowledge and potentially price, is that traditional platforms will almost always beat the dApps; in speed, costs, and knowledge required to get started. The masses trend towards that which is easiest and cheapest, regardless of “hidden” costs taxed from their data, and ultimately freedom if we let the privacy threats get out of hand. This is why we, the cryptocurrency community at large, need to be superior in every category where we can be superior. We must create solid alternatives to traditional platforms, and we must do our very best to educate fellow users and citizens of the ongoing threat to privacy and freedom itself.
Thankfully, Facebook is being kind enough to assist the crypto space by thoroughly marketing how bad their centralized platform is through their, at this point, countless scandals. Let’s capitalize on the scandals through education instead of mockery and misery; instead of wallowing about the potentially bleak future, we must instead attempt to prevent a monopolization of privacy through education about decentralization, and bringing power back to the individual.

The core fundamentals of blockchain won’t change, and as such, we shouldn’t expect “just fixing UI/UX” to be the solution to all of our problems. In order to facilitate the growth of the sought after “killer app”, let’s allow the builders to create great apps, and let’s allow the educators and marketers to spread knowledge of blockchain technology. By decreasing the barrier of entry through the spread of knowledge whilst at the same time creating dApps with real and proper value, the ecosystem of dApps could flourish.
The recent Senate Banking Commission hearings have been an example of how, and through which mediums, we can present and educate about blockchain and cryptos as an alternative to centralization and tyranny, which in the case of these hearings was represented by Libra, further explored in another article I wrote recently.
To summarize; the “killer app” won’t suddenly arrive through improving UI/UX. The killer app can only exist in an environment in which blockchain education flourishes. Due to this, we must look away from UI/UX as the sole issue, and instead, our focus must shift towards education as an equal cornerstone in achieving mass adoption for dApps.