Why a Decentralized Social Network with Passive Income Potential Will Emerge, Eventually 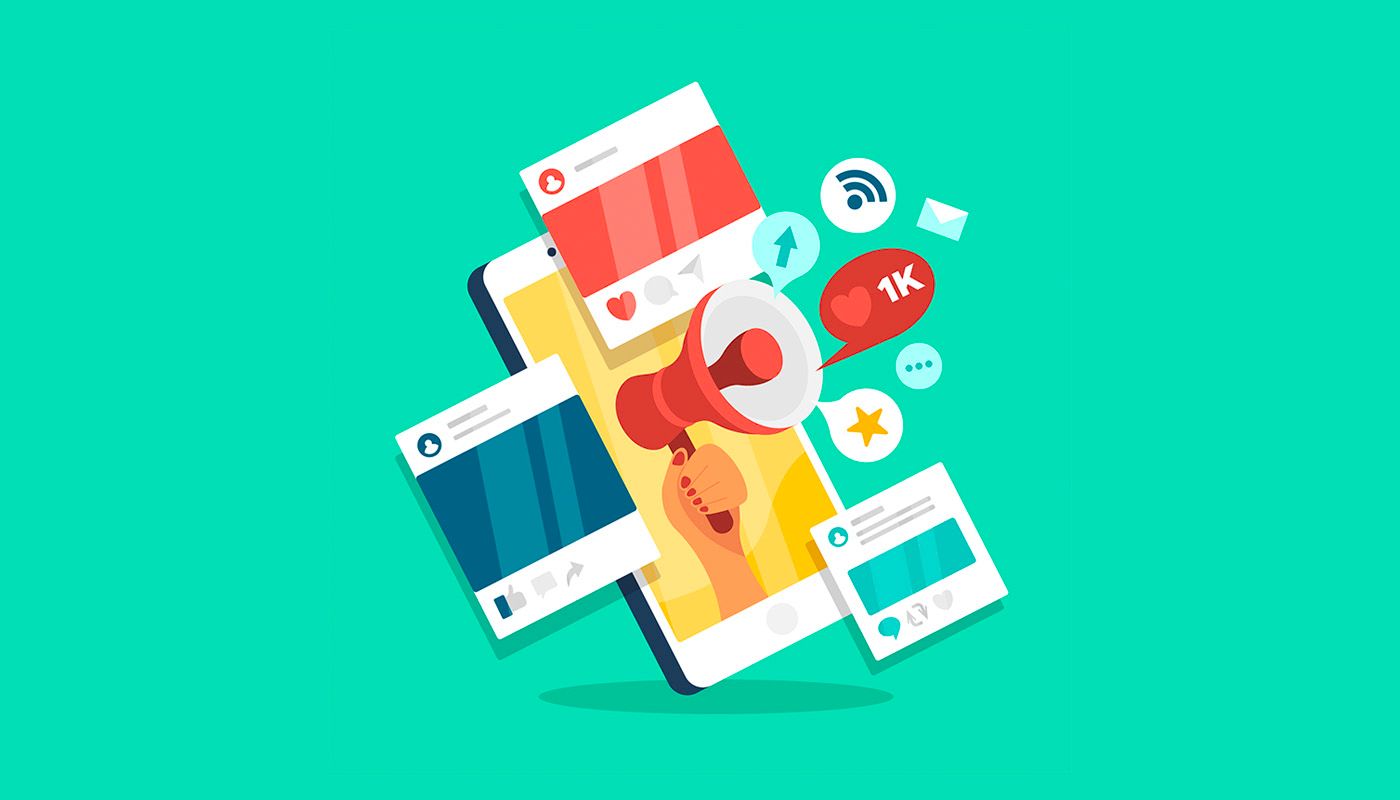 Social media changed the way you are browsing the Internet, but it didn’t change the way the Internet is being controlled by a few companies that are having a monopoly. While you are under the illusion of using platforms like Google, Facebook, and Twitter at no cost, their pockets are getting heavier and heavier.

The business model of social networks is built around the idea of providing a medium where users can distribute content then use that data to sell targeted ads. Advertising is a $1.2 trillion industry and social media captured more than half of its value. All these are being translated into billion-dollar profits made by the companies mentioned above and their competitors.

While Google tries to share a part of its profits with the content creators, it still seems like a steal thinking that it keeps a 45% cut of any ad revenue and the “consumers”, you, me, who are just watching videos are getting exactly $0. Talking about Facebook and Twitter would only make the social media industry look even worse and I’m not here to bash them. I’m here to reveal the alternative: blockchain social media!

If the current platforms are behaving like one central point which absorbs ad revenue, a blockchain platform can be presented like a decentralized network where the revenue is split between the market participants based on their involvement. Imagine getting part of the revenue money for all the posts, videos, and images you uploaded on your profile.

You won’t have to do anything ‘extra’, you just have to use the platform in the same way you are already using it but instead of putting money in the platform’s pockets, you are putting it in yours. Facebook and Twitter are already making revenue with your posts and tweets. The money is already there. It’s sad that we had to wait for years to step up and claim what’s ours but instead of beating ourselves up for it, I think we should just look forward and do what’s needed to reshape the Internet. 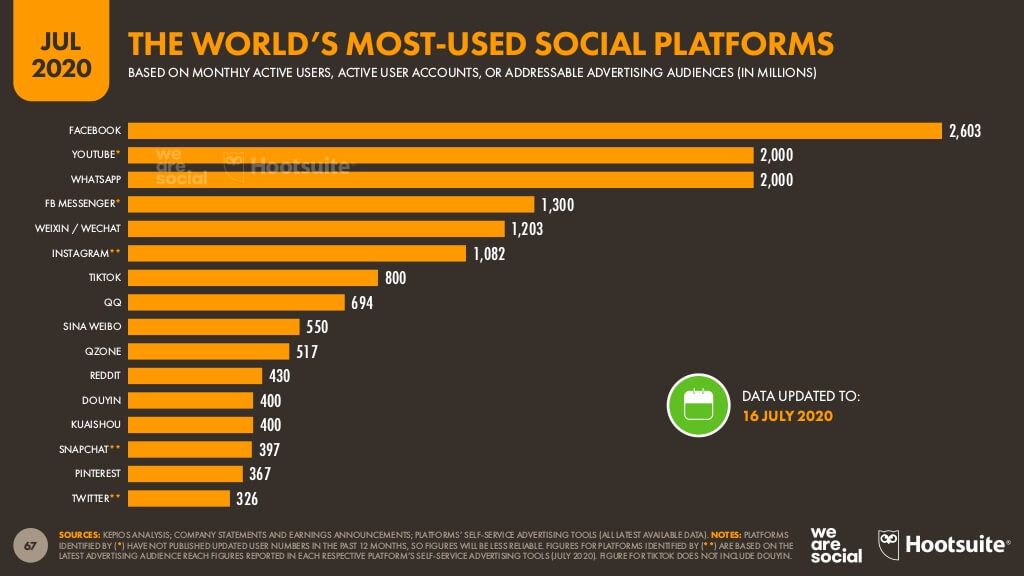 If the revenue share is not convincing enough for you to make the switch, let me introduce one more feature of blockchains: end-to-end encryption. Blockchain as a piece of software comes with in-design security and privacy protection mechanisms that are making sure that content, messages, and funds are reaching its destination without being intercepted by third parties. I don’t think Google or Facebook are having bad intentions when they are keeping a database full of your private messages, it’s just part of the process of intermediating communication and this is how traditional centralized software works, but it’s scary to know that if someone gets access to their digital storage can actually read all your private messaging history.

Blockchain is meant to change it for the better. Anyway, not all projects got the decentralization part right. Most of them are trying to replicate the current leaders but on blockchain. Mastodon, for example, is a Twitter-like platform that uses a distributed, federated platform. Unfortunately, the decentralized features are way too confusing for its users. Being federated means that it's not trying to act as a “big room” where anybody can interact with everybody, instead it splits the platform into small communities each with its own different rules. An interesting concept that makes social media viable for blockchain but the whole thing looks like a step back and the average user will stick to the better looking traditional variant: Twitter.

One more example and perhaps the most popular social project on the blockchain: Steemit. It's had some issues, but let’s understand what makes it special. In the ‘distribute the revenue back to the users’ movement, the platform’s system automatically distributes cryptocurrency to its users based on the number of upvotes of one’s content.

The money distribution is a bit of a sensitive topic among the users as it’s believed that only content creators who are treating content generation as a full-time job are actually able to make money out of the platform. Basing the revenue share on only one metric (upvotes) seems to be the main issue here.

Let’s not only talk about revenue. Let’s talk about investment interest. Indorse.io is a Linkedin-like platform on blockchain. Similar to its traditional competitors, the company is looking to create a global network of businesses and professionals. Businesses can sort through hundreds of applicants based on the skills they are looking for and candidates can showcase their abilities in a decentralized way. Imagine everyone has ‘Linkedin Plus’ by default. The platform attracted a lot of interest from India which had a rise of 76% in employment which convinced Brand Capital, the strategic investment arm of India’s largest media house, to invest $6.5 million in the company.

There’s no doubt there’s interest from both investment funds and advertising giants for decentralized social media apps. However, not all projects will attract the same interest, and, like with their traditional counterparts, there will be a small number of leaders who are going to get the most audiences. It’s in our nature to choose the winners among all, but this time being part of a winning platform automatically gives you part of the winning power through decentralization.

While the projects mentioned above could have winning potential, copying the current leaders doesn’t make them winners yet. Decentralization is much more than putting everything on the blockchain which is not even technically viable at this point. Decentralization is about profit-sharing and revenue tokenization and I’m going to discuss a few projects that are innovating on these concepts.

One great application of blockchain in social media is Omni.ai, a video-sharing social app where profits are tokenized and given back to its users. The app incorporates essential features such as posting content as text, video, or photos, but also includes today’s most popular features like live streaming and sharing stories. Doing any of these in-app actions has a chance of generating Omni coins that they intend to let you exchange for US dollars directly in the app.

Actually, the whole app is designed around gamification and social rewards as any interaction with another Omni user gives you the chance to earn Omni Coins. Not only inviting a new user to the platform, but also following, sharing, or chatting has a chance of increasing the funds in your wallet. The seamless way in which you are earning revenue just for using the app makes you completely rethink the way social media can passively contribute to your wealth.

Another social app that is focusing on rewarding its users is Sapien, a social news platform where not only content creators are earning but also curators who are making sure the content is always of high quality. The app is looking to replace news sources including Facebook and stop the spread of fake news. It has a whole system around it which includes accumulating a reputation score and limiting the influence of bad actors in their community. Such an evaluation system wouldn’t be possible without blockchain which is removing the trust variable from the reputation ranking.

A more niche app is YouNow which is all about live streaming and rewarding the most popular users. Popularity is very important on this app as it doesn’t share its revenue with its user per se, the platform is just an intermediary. Users can choose to start a live stream and attract fans who can express their appreciation by purchasing digital gifts and offering to the streamer. The gifts are just a visual effect that plays during the stream like animated balloons or raining flowers. However, the receiver gets part of the money spent on the gift which makes the app both appealing and profitable for performers.

Traditional social media is far from dead. There are websites which are here with us for almost two decades, counting billions of users. Anyway, some could argue that they reached their peak and, how they’ve seen exponential growth in the previous years, they might experience an exponential decline in the number of new users and platform activity in the incoming years.

Following the idea that users are leaving the platform, their attention should move to another place. That another place could be decentralized social apps because the switch is seamless but the benefits are way more attractive.

Blockchain is offering users the opportunity to earn passive income for their participation. Regardless if decentralization will win over centralization in the social media space, the rewards that you can earn by using today’s decentralized apps are tangible and can stack up easily.  It started with mining, it continued with yield farming and social apps look like the natural step in the evolution of cryptocurrency earning.