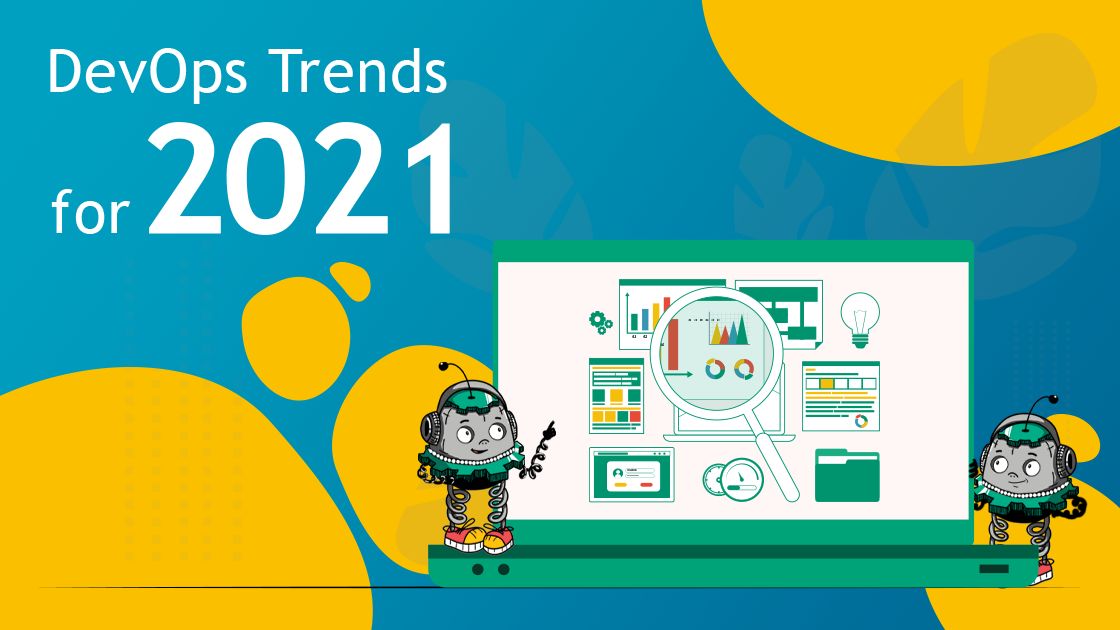 The combination of cultural transformation and automation has led to a rethinking of how developers, IT employees, and information security professionals can work together. Focusing on the active interaction and integration of software engineers, testers, and system administrators, the DevOps methodology is based on the idea of a ​​close interdependence between the development and operation of software products and services, with the aim of faster creation and updates. Let’s see what DevOps practitioners are going to focus on in the upcoming year.

DevOps is not a buzzword, never has been. It’s a mainstream concept that’s shaping the software world. As DevOps spreads, expectations grow. What was rated as "outstanding" a year ago is now a standard thing that every IT company is implementing. The expected limits of what is possible have widened up.

Below we have listed the key DevOps trends that will take IT companies to the next level in 2021.

Artificial Intelligence and Machine Learning have the potential to empower DevOps. Many organizations are beginning to adopt this approach, hoping to improve the efficiency of application development, deployment and operation, and to optimize business processes in other areas. The most visible applications of AI in DevOps relate to continuous integration (CI) and continuous development (CD), identifying and resolving emerging issues, and deepening the processing and understanding of collected customer data.

Data usage is now closely monitored by companies around the globe, as the GDPR becomes a reality and similar privacy laws are being adopted. Therefore, tools related to data management and tagging will be critical in tracking its origin and use. Confidential information must be encrypted. Hence the responsibility for managing encryption keys (they must be rotated and stored securely). Services that provide such functionality will be among the top DevOps trends in 2021.

According to historical practice, developers and security specialists act independently of each other. Moreover, the latter often learn about a new company’s product after it has already been created. Frequently, they veto an application for not being compliant with regulatory requirements. Hundreds of developer man-hours are wasted and conflicts arise between information security specialists and developers.

Recently, there has been a rise in DevSecOps among DevOps trends. DevSecOps is the introduction of “security" into the application development lifecycle to reduce the risk of threats emerging and increase the likelihood of finding vulnerabilities. The model assumes that each part of the development is responsible for safety, which means it is easier to identify who did what and what went wrong.

Previously, priority was given to CI software development strategy, but with the rise of DevOps, companies are now focusing more on assembly lines. Their main purpose is to stimulate the interaction between procurement and automation, and as a result, enhance service delivery. Businesses can also include constant and quality delivery, as well as built-in integrations to make things easier for businesses. Thus, companies are expected to change their focus to the DevOps assembly line in 2021 with the aim of improving their product delivery and maximizing customer satisfaction.

The code is extremely powerful. The effort that goes into converting manual processes into code is rewarded with huge improvements in your software delivery capabilities. Once your infrastructure is defined in code, you can dramatically improve your software delivery process using a wide range of techniques from the programming world. Most teams that manually deploy code have few sysadmins (often one). Typically only the sysadmin knows all the magic spells for performing deployment and has access to the production environment. This becomes a significant obstacle to the company's growth. If your infrastructure is defined as code, the entire deployment process can be automated so that developers can deliver their code when they need to.

Automation significantly speeds up the deployment process because a computer can complete all its stages much faster than a person. This increases safety as the automatic process will be more consistent, repeatable, and resistant to human error.  Instead of keeping the state of the entire infrastructure in the head of a single sysadmin, you can describe it in a source file that anyone can read. In other words, laС plays the role of documentation, allowing any employee in the company to understand how everything works, even if the sysadmin is on vacation.

Infrastructure as code leverages virtualized platforms from tech giants like AWS, Google Cloud, Azure, and others. It is one of the most influential DevOps trends today and is expected to spread in 2021.

Kubernetes is one of the most popular among DevOps technologies trends. It is required for continuous integration and software delivery (CI/CD), which goes hand in hand with the DevOps approach. By "packaging" the software environment into a container, the microservice can be deployed very quickly on a production server, safely interacting with other applications. The most popular technology for such virtualization at the operating system level is Docker, the package manager of which (Docker Compose) allows you to describe and run multi-container applications.

However, if you need a complex order of launching a large number of such containers (from several thousand), as is the case in Big Data systems, you will need a tool for managing them - an orchestration tool. This is considered to be the main purpose of Kubernetes.

At the same time, Kubernetes is not just a framework for container orchestration, but a whole container management platform that allows you to simultaneously run many tasks distributed across thousands of applications (microservices) located on various clusters (public cloud, own data center, client servers, etc.).

GitOps is a modern approach that enhances the IaC (infrastructure as code) pattern for delivering applications to Kubernetes (and beyond). It was designed to make CI/CD processes deterministic, idempotent, well observable, etc. GitOps is one of the new DevOps trends. It denotes, in fact, declarative resource management for such a representation of the current state so that at any time it is possible to understand where/what is in git, and it also denotes the permission of this declarative state to the cluster.

Continuous application delivery and its closely related continuous deployment are now growing into regular strategies for development teams. Continuous delivery paves the way for faster, more productive deployments. The code is automatically pushed to the non-production environment, undergoing testing that reproduces the deployment on the production system. Thus, instead of rarely releasing massive platforms and solutions, developers are more likely to issue smaller releases. This way products reach users faster, developers get more feedback, time-to-market is shortened and the software's usefulness to the business is increased.

It's no secret that enterprises are increasingly moving tasks to the cloud, which is reflected in the DevOps methodology. It benefits from the spread of clouds and often serves as its stimulus. The payoff is the same as from continuous delivery - increased developer productivity. For example, developers can actively obtain resources with just a credit card and the click of a button. When deployed to the clouds, standardized management procedures allow users to use their own test environments without asking anyone for permission.

In the case of DevOps practices, automation becomes a key factor in success, while it remains a point measure. It's in the very nature of DevOps. In order for developers to be able to do more on their own, it is necessary to automate certain repetitive processes, eliminating the need for human interference. With continuous deployment, code is automatically pushed to test environments, which are also automatically provided. These environments automatically perform some checks (compatibility, functionality, performance, etc.) without wasting developer time.

Today it is difficult to find an IT Manager or Chief Engineering Officer who is not familiar with DevOps, although the situation was different five years ago. DevOps’ latest trends, methodology, and best practices are now actively discussed on the Internet, among colleagues, and at major IT conferences. This is great for getting results, but it poses a risk for companies as a faster competitor can take advantage of the collective wisdom of the global developer community and get ahead without sacrificing reliability or stability.

In other words, when everyone is familiar with DevOps, this methodology, if applied incorrectly (or not applied at all), isn't just a disadvantage, but will also become a burden.

The Compiler is the King of Data Centers

The demise of Moore's Law does nothing to help processors keep up with increased workloads. To bridge the performance gap, modern hardware such as GPUs, FPGAs, and ASICs must be systematically updated. Developers will start using higher-level languages ​​such as OpenCL and CUDA, and compilers will generate code to run on a variety of hardware-based on deployment tier inputs, including workload, hardware configuration, and data size. DevOps users will begin to “set up” compilers so that code can be generated just in time, as close to deployment as possible.

It is clear that organizations of all sizes across all industries and regions of the world are expanding their use of DevOps practices, as well as the degree of associated automation. Efficiency, speed, transparency - all of this is possible with DevOps.

If you want your business to maintain its competitive edge and have opportunities to expand, you must follow DevOps trends and learn to implement novel technologies. 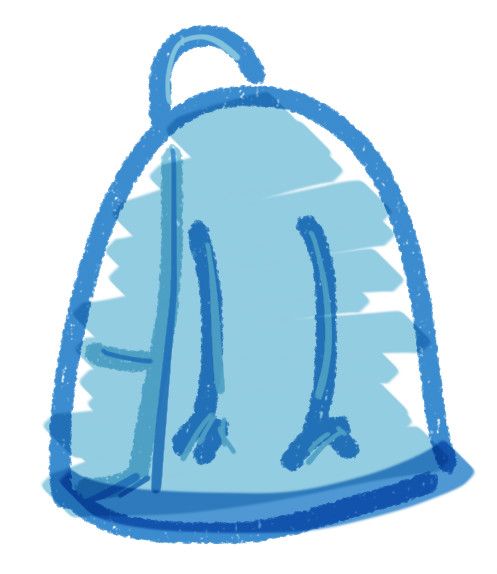 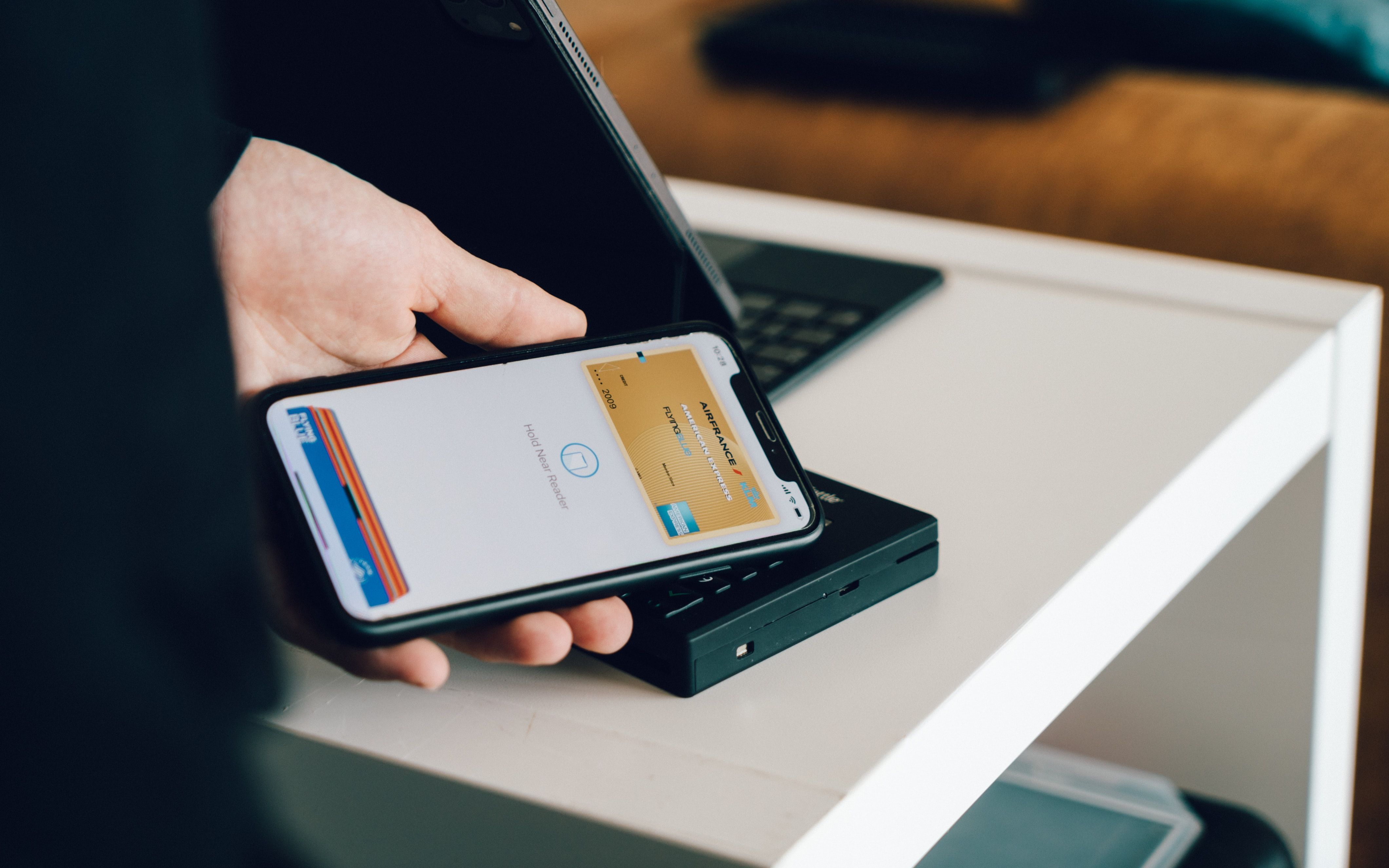