What to Learn From How the Korean Government Regulates Blockchain 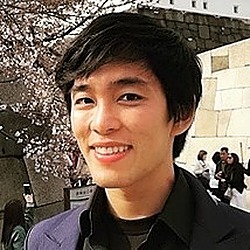 Regulators and those in software companies have often struggled to find peace with each other, as unlike previous technologies, the software moves exponentially faster and works under new business models that previous regulations did not account for. That is why Zuckerberg, who tried to avoid regulations in the past by being more transparent than incumbents, has been asking regulators to take a “more active role” and work together towards regulating the internet.
However, the US government’s response to the sudden demand for regulations for tech companies has been underwhelming, as they didn’t fully understand how tech companies worked. Last year’s Senate hearing showed how much they knew about the tech conglomerates, which is not too surprising as the older generation consists of late adopters of technology.
For starters, it is essential to recognize that the incentives of the regulators and the tech companies are inherently different. For the regulators, the goal is to protect the people that voted them, which includes those who do not understand technology. For the tech companies, the goal is to convince the same group of people to use their product, regardless of whether they understand the implications of using that underlying technology.
In other words, the startups have a business model where they must accelerate their growth to meet the demands of their investors, which means that they can’t necessarily wait for whether the public understands them. Meeting a certain number of users could mean life and death for them.

Hence, if the regulators feel that the users may be harmed by using that technology, they must regulate that technology and limit the startups’ growth. But since the implications of using a new technology remained unclear, as there is no precedent to draw from, regulators weren’t able to find clear solutions to regulate their growth.
Moreover, there is no clear channel between the politicians and those in tech to talk and disseminate information, with the time allotted during the Senate hearing often too short for each individual to go deep into their concerns.
This is why getting to see Korean governmental officials and industry professionals come together for an informal discussion felt like there may be a way for the two to work together towards a common goal. That is what I got to see when Hashed co-hosted a public forum to discuss about blockchain regulations with lawmakers and industry leaders of Korea.

To give more context, Korea has been a unique place when it comes to cryptocurrency, as it has one of the highest adoption rates of cryptocurrency amongst any nation. With 50% of white-collared professionals in Korea owning a cryptocurrency account and 30% of all cryptocurrency trading occurring in Korea, Korea has remained at the center of attention for the crypto community.
However, when the Korean government banned domestic ICOs in late 2017, it leads to Korean blockchain companies feeling surprised and worried that “it could be a lost decade for the industry”. Many felt hard done by this decision since ICOs were allowed in neighboring countries such as Japan and Singapore and Korean users were able to trade coins that had done ICOs elsewhere.
Despite this negative policy, banning ICOs limited word of mouth rumors about new ICOs from spreading to the vast majority, which saved millions from investing in fraud projects (which Paul Bucheit also acknowledged as scams most of the time). While tech enthusiasts could argue that each should be held accountable for their due diligence, it is difficult to assume that everyone in the public will do that when the upside is so high.
Despite a recent appeal claiming that this ban was unconstitutional, ICOs remain banned in Korea. But this did not stop the public discussion and the enthusiasm amongst the governors to actively talk in the public about blockchain, which is why two members of the National Assembly, Former Deputy Prime Minister, Deputy Mayor of Busan, CEO of Hashed, CEO of ICONloop and Co-founder of Terra were able to agree on a time and meet up in less than 24 hours.

The public discussion allowed the industry professionals to express why they wanted public blockchains to receive more governmental support. Simon Kim of Hashed talked about the impact of DAO in how he thinks and used bitcoin as an example of what would have been impossible to develop had it begun in Korea, as public blockchain with cryptocurrency is currently illegal to ICO.
Industry professionals Jong-hyup Kim of ICONloop and Daniel Shin of Terra also addressed their concerns on how these centralized regulations affect their business and what changes they want to see, as having customers unable to use their services that they worked hard on due to regulations compromised their growth. They also talked about how in Singapore, where ICOs are allowed, the currency that is used for investment and payment are separated.
In response to his concerns, the Deputy Mayor of Busan, Jae-Soo Yoo, said that it is the fraud and speculation that is preventing the regulations from being lifted. He also elaborated on what Busan being a special blockchain zone entailed, how they are creating a system that will start with a local currency, which will not fluctuate regardless of regulations or legalizations, and why the city wants to start with permissioned blockchain systems first before moving to public blockchain systems.
What was unique about this time was that he also opened up about his concerns on the difficulties of trying to implement the blockchain system while minimizing the societal damage (privacy and finance), which other government officials also echoed.
Min Byung-Doo, one of the National Assembly members, mentioned about the G20 and Financial Action Task Force have not finalized decisions on how to regulate regarding anti-money-laundering laws yet, which serves as a roadblock for the Korean government as well.
The talks gave new learning opportunities for both sides, with the government officials admitting that the criteria used to evaluate mid-level venture still struggles to think beyond the traditional metrics, such as the number of sales, revenue, etc. This makes ICOs valuable since it allows the general public to use different criteria from what the government uses, giving ventures a chance to tackle novel problems it may never have otherwise.
The panelists also took questions from the general public, which mainly had to do with licensing and user protection. While they sympathized with users who got hacked, they talked about how there is no international agreement on what the regulations are, so it is difficult for Korea to suddenly recognize crypto as an established business pillar and starting licensing exchanges.
The talk concluded with Simon Kim sharing his hopes that Korea doesn’t become a consume-only country in the blockchain industry, but rather branch out to also become a producer as well. His sentiments were echoed by the government officials, saying that they will be looking for a project that can help them regain the trust of the users and ease the current regulations.
While the talk may not have necessarily solved any immediate problems, it allowed each side to address their concerns and how they could potentially solve these problems. If there were any parts that panelists did not understand, other panelists took the time to explain so that everyone is on the same page.
This may be what is missing in the US. For example, imagine what the political scene would look like if we were able to see Democratic candidate Andrew Yang discuss with Jack Dorsey and Sam Altman, who have donated to his campaign, on the issues of tech and how regulators could better work with tech companies.

It may seem like a far fetched idea now, but Korea has shown that it is a possibility. An increase in these public discourse could be the starting for tech companies in regaining the public trust and working together towards a common good.
As Alexandria Ocasio-Cortez said during the Senate Hearing about project Libra, those who make decisions for highly influential tech products are “an undemocratically selected coalition.” This is significant because tech companies have no obligation to share all the information that the users may need to make a well-informed decision, while Senators do to get re-elected.
If the tech companies are striving to be good for all, then they should seriously consider holding more public discussions for the general public. This will protect users from unintended harm and increase user trust while ensuring that the government officials better understand how they work so that the right regulation could be made.
Technology has changed the way we live in our lives in the 21st century, but the number of people who built it is hugely disproportionate to the people who live by its consequences. Instead of having builders of technology live behind the closed walls of Silicon Valley, it’s time that they open their doors to all so that we could build our next future together.