What Sociologists Are Saying About 2020's Myriad Political Movements 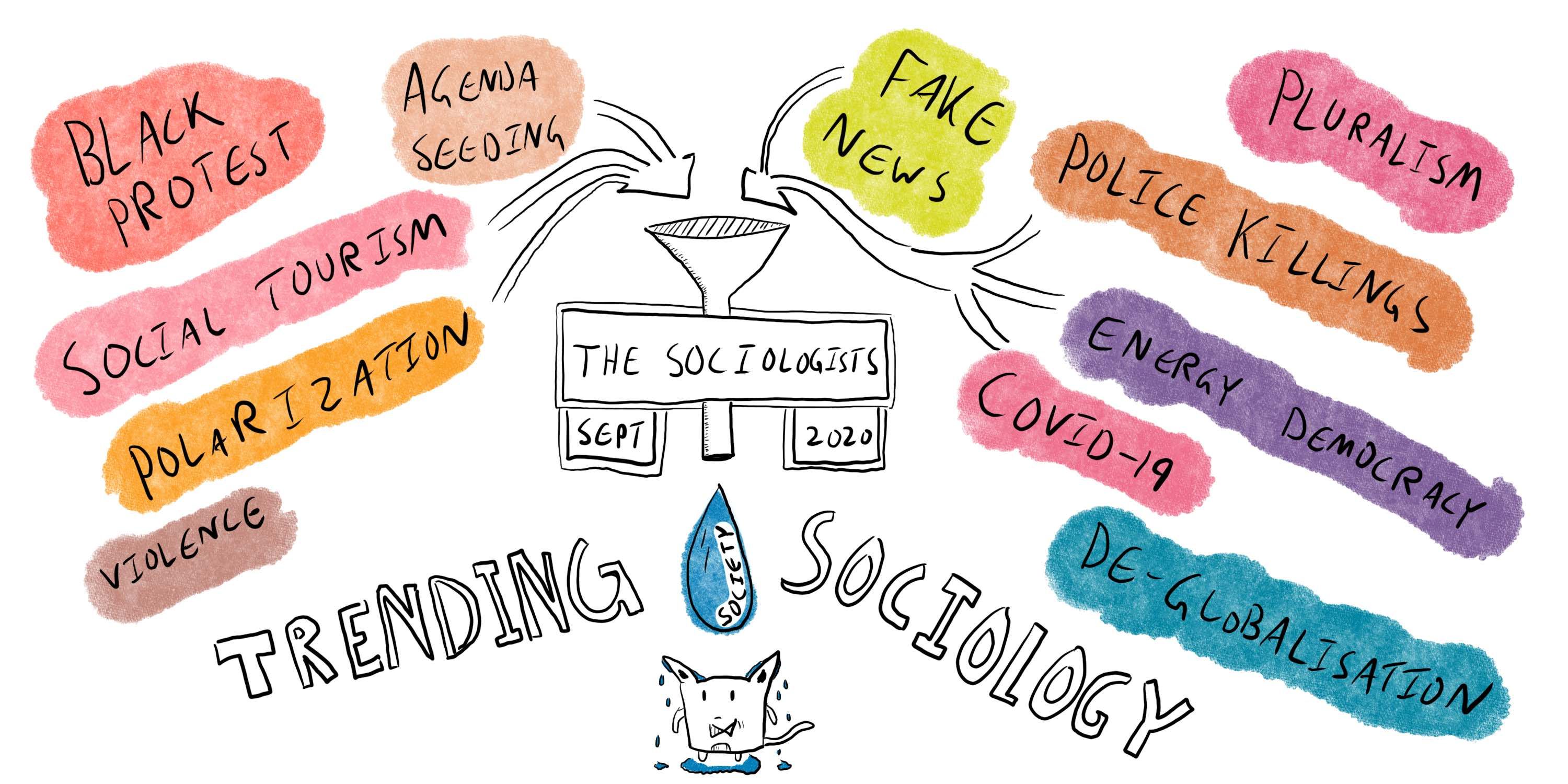 2020 has been a hotbed of political and social debates. Curious, I got out my python script, scraped some academic data and set out to find what the Sociologists are talking about in September 2020.

Trending in Sociology: Illustration by author.

What follows are four topics based on the most popular papers that sociologists have been reading on the academic social network, Mendeley. If you want more details on how I collected and used the data, I’ve added a section at the end. Enjoy!

The risk of being killed by police in the United States

Trending Paper: Risk of being killed by police use of force in the United States by age

Researchers wanted to find out what was the risk of being killed by police in the United States based on your social group and age. Academics reviewed data from police-involved killings in the United States from 2013 to 2018 on a sample size of 100,000 people. What they found was very disturbing.

The study showed black men were at the highest risk of death, with a 1 in 1000 chance of being killed by police in their lifetime. Peak risk occurred between the ages of 20 to 35 for all groups.

This would mean, today, the leading cause of death for men of colour in the USA is secondary to police use of force. Because of its prevalence, the authors call for it to be declared a public health issue.

The advantages and disadvantages of violent protest

An eye for an eye may be moral, but this research suggests it may not be strategic.

Researchers looked to the recent history of the black-led protests between 1960 and 1972 to evaluate which tactics had the most impact, and which made things worse.

Non-violent protests, it appears, were most effective when met with state or vigilante repression. It even had an impact on how people would votes in presidential elections, with the democrats seeing an increase of 1.6–2.5%.

Protestor initiated violence; on the other hand, had a very different effect. It appears likely that the violent protests of the ’60s resulted in a 1.5–7.9% shift among whites towards Republicans.

2. COVID-19 and rethinking tourism — sustainability is not the answer

Unsurprisingly, most of the worlds hospitality and tourism services have shut down due to COVID-19. Multiple trending papers have declared this as a rare opportunity to hit the reset button on the tourism and rethink how we can be more ‘responsible’.

When we go on vacation, we are complicit in directly or indirectly taking advantage of a group of poorly paid and protected people.

Many papers call for a strategy of ‘community-centred tourism’ which redefines and reorganises tourism based on the rights and interests of local communities/local people. Independently, sustainable tourism is not the answer.

3. Why changing your mind is hard and the influence of mass opinion

The difficulty in changing our dispositions

When it comes to individuals changing their minds, it turns out there are two types of people: Those who actively update their beliefs when new information is presented, and those who never change their dispositions after a young age.

Sadly, it seems the latter is more prevalent. After early socialisation, there is little evidence that most U.S. adults changed their beliefs or practices.

Societal mass polarisation is accelerating. In turn, this is wreaking havoc on our ability to find mutual agreement with those that hold a different viewpoint.

Researchers conducted an experiment to explore this. A randomly assigned a sample of Twitter users were asked to follow a “bot” account that would share content from the opposing side of the political divide. Rather than decreasing polarization, they found that exposure to opposing viewpoints pushed people even further toward their own side.

Similarly, individuals tend not to question the credibility of information when it aligned with our beliefs with the values.

These last two papers discuss a single idea: communities should be able to govern how private organisations and government use their environments.

Both ideas make the argument for the means to control their environments to improve their freedoms. For example, if a group can govern how its energy is produced (locally rather than centrally/renewable vs non-renewable), this strengthens a community through the creation of new infrastructure and local economic opportunity. It delivers what they call an ‘Energy Democracy’, and allows for new types of negotiation power with speaking with a central body like government.

BONUS: How did I find these papers?

Typically to find out how influential something is within the academic community, you would use a metric like the citation number. Although citations are a reasonably good indicator of how impactful a paper might be, they can take anywhere from months to years to appear.

It’s for this reason I am using the Mendeley Reader number as an indicator. It indicates how many academics have added a specific paper to their library.

Full disclosure: I work as a product manager at Mendeley, so I am biased towards using the Mendeley metric. In theory, something like the number of tweets or blog posts for a given paper could also work.

I recorded this number every month and was able to filter it down by academic discipline. After this, I plotted the reader data on a time series and calculated a score for the linear gradient and exponent.

This score would tell me if readership was increasing or decreasing over time, aka — What’s trending? 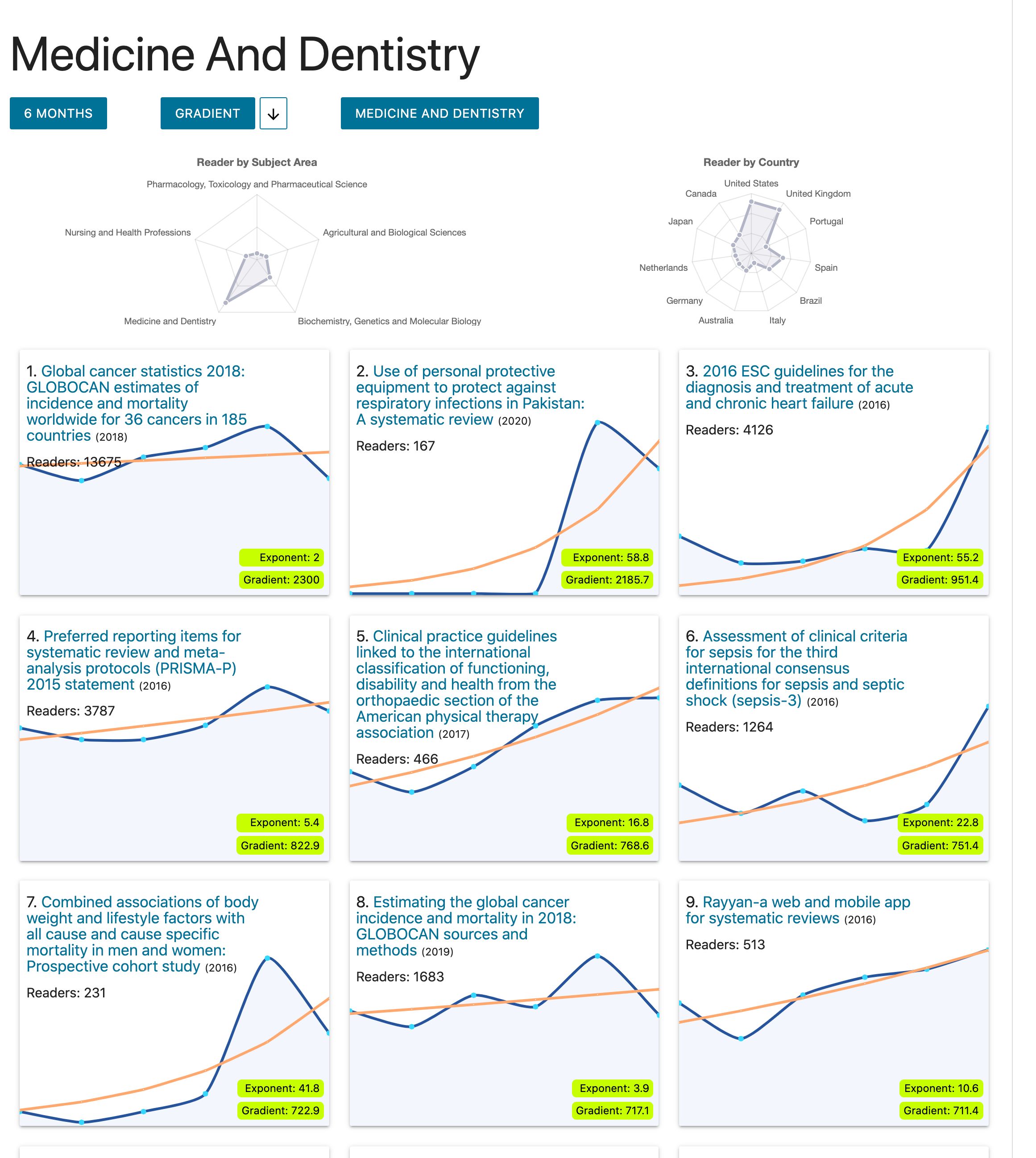 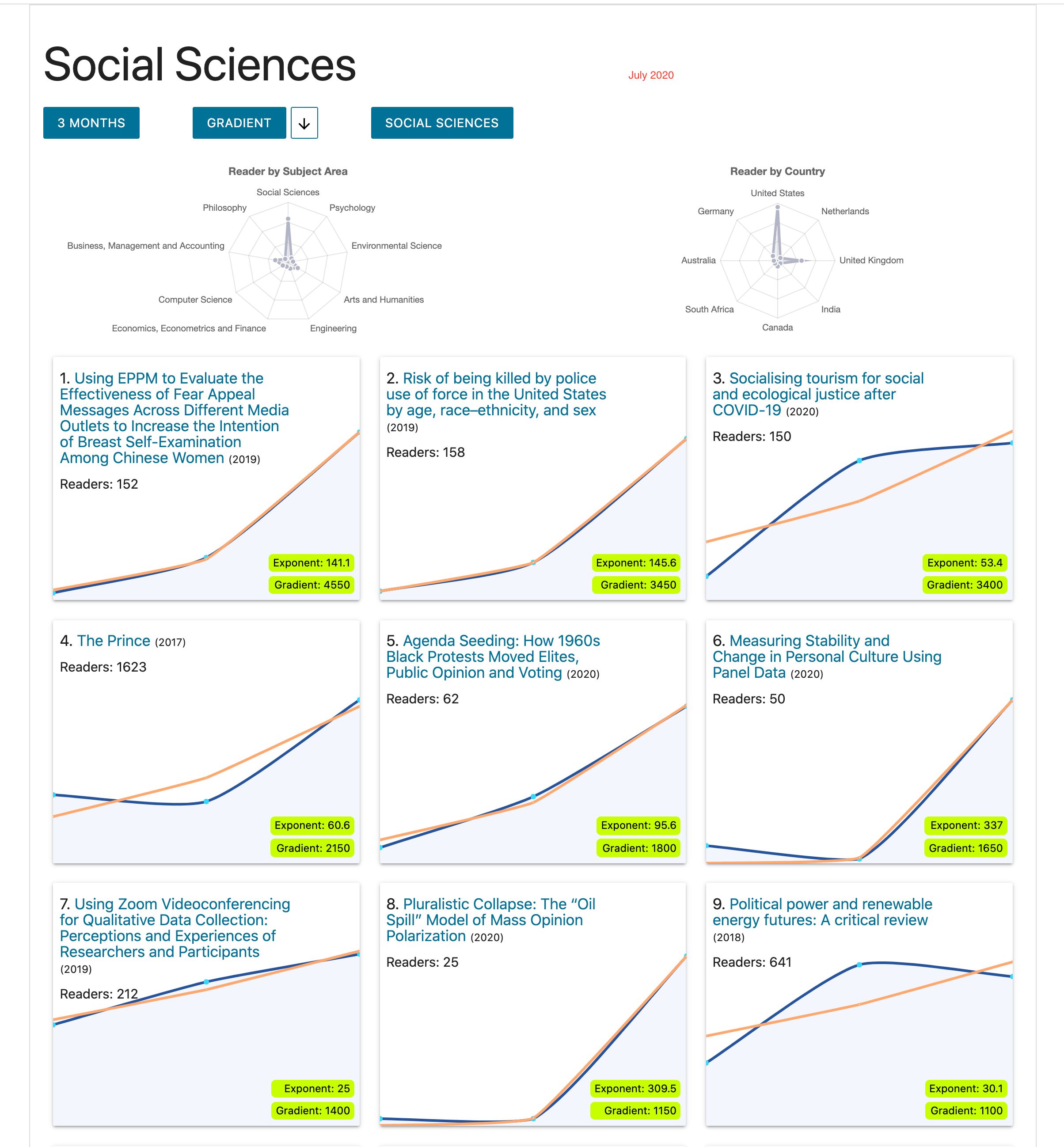 If you think you would find access to this data interesting, please let me know.