Making Sense of the Difference Between IPO, ICO, IEO, and STO?

The advent of blockchain technology gave life not only to a new profitable financial asset, but also a new business model of funding startups. An increasing number of new companies are trying to use cryptocurrency to finance their projects. Unlike an IPO, which is a traditional and widely accepted form of external financing, STO, IEO, and ICO allow companies to start fundraising at a much earlier stage of development and the latter two avoid strict regulatory control. Already today, as a result of ICO, more than 1000 cryptocurrencies appeared on the market, and their number continues to grow. The practice of ICO has become so widespread that, in the opinion of many experts, it began to resemble the events of the dotcom boom of the late 90s and could lead to the same destructive consequences.

That’s why STO and IEO came to replace it.

Before turning to our main question: the Difference Between STO, IPO, IEO, and ICO, let’s define each of them.

Initial Public Offering (IPO) is the open sale of shares issued by a company. Before an IPO, a company is private, even if it is incorporated and its capital is distributed between the founders and the first investors. As a result of an Initial Public Offering, anyone can become a shareholder of a company: any natural or legal person who bought shares. The sale of shares takes place on the stock exchange and is subject to strict rules of the financial regulator, which include, for example, the mandatory opening of financial statements, the formation of a board of directors, or a regular audit.

Investors make profits in several ways, the main of which are, firstly, the receipt of dividends, and secondly, the game on the stock exchange.

ICO, Initial Coin Offering, is the mother of crowdfunding on the blockchain. Since 2017 startups have chosen ICO to circumvent the strict rules that the initial investment process must follow; as the only thing you need to start ICO is the website with the wallet address to which money is sent. No legal boundaries, no investor protection, complete anonymity, and often the lack of MVP.

Since the exchange platform sells tokens, token issuers pay a listing fee along with the percentage of tokens sold during Initial Exchange Offering. In turn, tokens are presented on the platform and listed after the end of IEO.

IEO members do not send money to a smart contract as ICO implies. Instead, they must create an account on the exchange platform where the offering is held. Participants then deposit funds into their exchange wallets using coins and use these funds to buy tokens of the fundraising company.

STO stands for Security Token Offering. It means the release of tokens in possession of investors to receive dividends or the right to vote or any other right that is applicable to other types of securities. Security Tokens are classified as securities, so they are bound by the securities regulations of the country they’re operating in. Nevertheless, there are exemptions which can free the company from the complex legal procedure. Usually, businesses are registered under a Regulation D exemption (note: this is applicable only to the US).

Another important aspect is that Security Token Offering allows companies to create lists of accredited and unscrupulous investors (so-called whitelists and blacklists), which helps companies comply with KYC requirements and legalization of criminal proceeds. The conditions of open information help STO to effectively solve one of the most severe problems of selling utility-tokens — it increases corporate responsibility, reduces the likelihood of fraud and offers the protection of depositors’ rights in the event of company bankruptcy.

The majority of ICO, IEO, and STO collect money for the commercialization of new technological ideas. The situation with the technological network today is very similar to the situation in the 90s: the inflated expectations from the introduction of new technologies (blockchain) create financial opportunities, and not by the real commercial results of the implementation of new projects, such as, for example, the ability to generate stable profits. Besides, in these cases, we are talking about intangible assets.

In addition, to launch ICO, IEO, or STO, a startup prepares a White Paper — a document that contains information about the project’s objectives, its implementation technology, the required amount of funding, the number of tokens that the project founders will have at their disposal, as well as how long the campaign will last.

Necessary to mention that STO is more like an IPO than ICO or IEO. Security Token Offering (STO) serves like Initial public offering (IPO) but on the blockchain. STOs are subject to strict rules, and therefore avoid the “lawless” approach to fundraising, where companies set themselves the goal of collecting as much as possible and do not bother about where this money comes from. Plus, these rules create a real investment opportunity for institutional investors, which can lead to a massive influx of funds into the blockchain industry.

1. The degree of trust

An IPO entails many requirements and specific actions that a company must complete before obtaining permission:

After that, the company can safely put up for sale its shares for a wide range of persons.

As a rule, an Initial Coin Offering is not required to adhere to any standards. They have no ready-made project that supports their business ideas, except for the White Paper, which describes the key characteristics of the project. All that they can offer is a possible income in the future, in case of successful implementation of the project.

As a rule, the idea of ​​conducting a comprehensive audit of the company is a waste of time. The only thing that remains for a potential investor is to carefully study the well-structured business idea described in the White Paper. This is the main reason why investing in an ICO is considered too risky.

Although there is a perception that a careful study of the experience of developers can determine the success of a project, but it will be wrong to project the success of a business onto someone’s past achievements.

To conduct a Security Token Offering, a company needs to go through specific procedures as with the IPO:

Post-offering management is much cheaper with STO compared to IPO. Plus, Security Token Offering provides more direct and transparent access to the investor base and lower brokerage fees comparing with traditional investment banks.

There are plenty of worthy companies that don’t launch an Initial Coin Offering due to skepticism, and neither they do an IPO due to the complexity and the cost. STO has the future to unlock liquidity for such companies.

Starting IEO on exchange platforms is more profitable compared to launching ICO. The company pays listing fees and a percentage of the sale of its tokens. Thus, it saves the marketing budget needed for ICO. Besides, issuers of tokens can take advantage of a stable client base of the exchange, to obtain a more significant contribution to their projects.

IPO and STO legislation provides for the registration in the regulatory body of companies issuing their shares for free sale; however, if a company relies on a certain exemption, no registration is needed regardless of whether it conducts an IPO or an STO. To do this, they must prepare a document called the Prospectus. In the Prospectus, the company states how the funds collected from the sale of shares will be used. This requires a certain degree of transparency and contains information about the company, a description of its business, the net asset value, the structure of the company, and the placement plan. The Prospectus is issued in two stages: a preliminary Prospectus and the final Prospectus.

For STO in EU, such as ROKKEX, there are exclusions which allow for not issuing a Prospectus:

No law obliges an ICO to provide legal documents supporting a coin offering. White Paper contains all information relevant to the project, which is not in itself compulsory. The White Paper indicates the technical aspects of the project and the possible material benefits that it can provide to investors. If a potential investor believes that the business idea presented there is attractive, they invest money in it.

IEO token issuers do not have to worry about the crowdsale security and regulations, as the exchange manages the smart contract. The KYC/AML process is also handled by the exchange, as most service providers do KYC / AML for their customers after creating their accounts.

IPO is not for early-stage startup companies. Any company that focuses on a public offering through Initial Public Offering must be financially stable. Potential investors are not interested in companies that need help to grow from the cradle. The public offering is to provide support in expanding the company and receiving dividends for it.

Startups that need funding for their ideas resort to ICO, IEO, and STO.The funding methods are open to all who convey their ideas in the White Paper and earn the favor of potential investors.

Starting an IPO and STO will take some time to resolve all legal requirements, without which the company will not receive permission to conduct a crowdsale. In some cases, it may take up to 6 months. This process can not do without the participation of regulatory authorities, which can generally suspend registration since most of them are quite strict in this matter.

The launch of ICO and IEO does not require much time if a ready-made project idea is well presented in the White Paper, and a smart contract has been created. The crowdsale period depends on how quickly the project reaches its hard cap or the time determined by the creators of the project to raise funds runs out.

6. The Importance of Location

The Initial Public Offerings are usually carried out only in the jurisdictions where the company operates in, or perhaps some neighboring countries as well if the company doing an IPO has some presence there, and the broker bank provides this possibility.

With STOs, there’s no such problem. You only need to have an account on the STO platform to participate. The issuer can set restrictions to the offering, i.e. the offering is limited to the jurisdictions where the Security Token Offering is registered and compliant (for example, European Union). STOs are not local, and this is a considerable benefit in increasing the investor pool (thank you blockchain).

The same happens with ICO and IEO. There might be some restrictions concerning who can create an account on the exchange in the case with Initial Exchange Offering. Although generally, when an exchange platform launches IEO, there are no bans or restrictions.

Entrepreneurs are tired to fight with regulations; they don’t want to give up ownership, nor do they want to spend millions on marketing campaigns and developing a product that appears useless.

The charm of an STO is that at its heart lies a security token backed by something tangible: gold, real estate, stocks, or even rare art, the benefits are more excellent than an ICO, IEO, and IPO combined.

Crypto Baby Talk: First 50 Terms That You Should Know About

At ROKKEX, we take security extremely seriously and our crypto exchange is built on ‘Security First’ principle. We want to share our expertise with the broader public for the world to become happy, safe, and wise :)

If you have any ideas and suggestions, contact us at 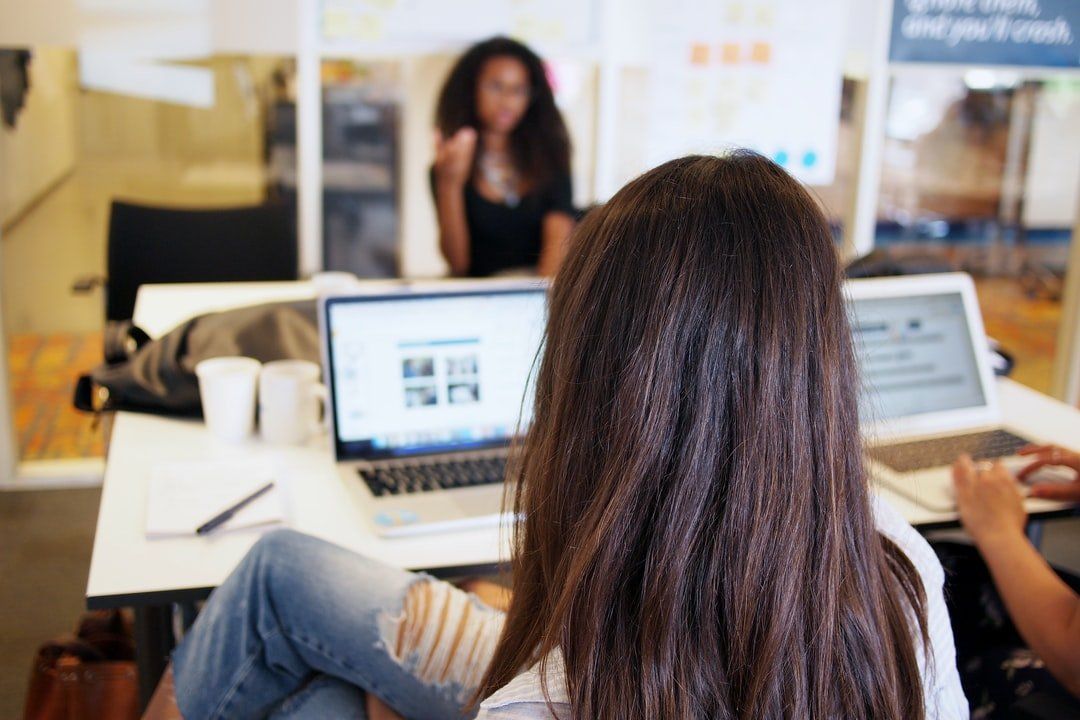