What is Missing in the Blockchain Revolution? 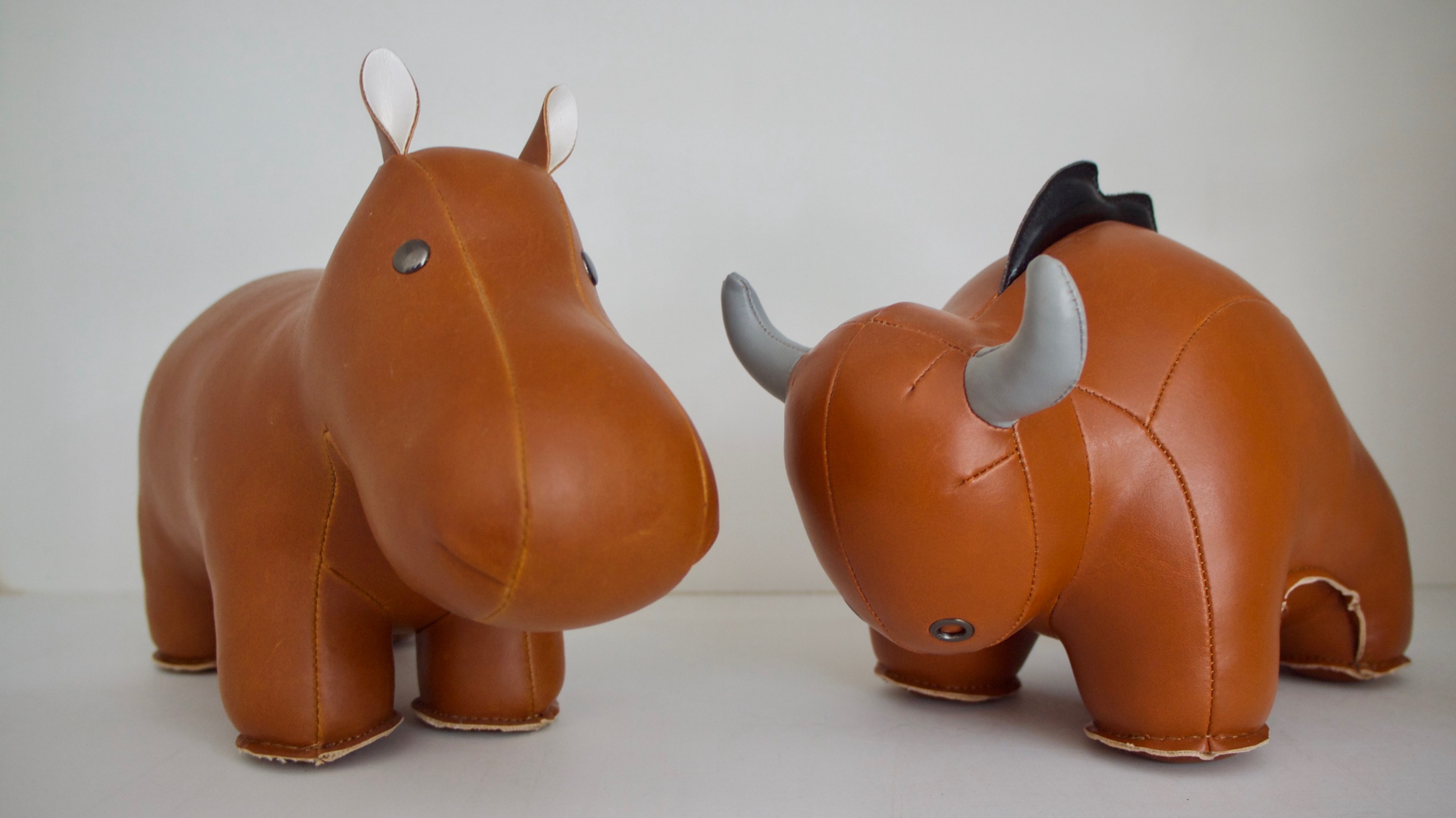 Blockchain and smart contracts are hot these days. It seems like everyone is talking about these new “groundbreaking” technologies and how they will change the world.

You have to admit: the possibility to digitally store records and exchange value while getting rid of bureaucracy, human error, and fraud sounds very attractive.

Blockchain technology has the potential to transform how we live our lives and how business operates. Advocates suggest that it can become bigger than the Internet, which is “just” about transferring information.

Yet, there is something important missing in the blockchain revolution. A necessary ingredient to ensure that blockchain and smart contracts can reach their full potential.

The answer? We need more “odd couples” of technologists and non-technologists working together to deliver applications to the market that offer a meaningful experience that adds value for business and for consumers.

Think Steve Jobs and Steve Wozniak. Without the vision of a “Steve”, “Woz” is just some electronics nerd building computers in his basement. And without the engineering skills of a “Woz”, “Steve” is a fantasist dreaming about building the world’s largest company.

It is the creative partnership between the two worlds of technology and business that has always been crucial in the success of Apple and other tech companies.

Earlier this year, I was at the United Nations in New York. Promoting business start-ups and scale-ups was on the agenda. We discussed issues regarding business registration, the identification and transfer of ownership, voting, etc. and how they should be modernized and simplified.

While listening to the discussion, blockchain technology and smart contracts appeared to be the solution to many of the issues and barriers that start-up and scale-up companies encounter in today’s business environment.

3 Reasons Why the Blockchain Revolution Is (Finally) Becoming a Reality!
How blockchain and smart contracts have the potential to help the United Nations solve economic, social, cultural and…medium.com

Here lies the power of the blockchain technology. The introduction of a distributed ledger/database that maintains a continuously growing list of ordered records that everyone trusts to be accurate offers a business and its stakeholders a transparent, decentralized and secure system.

Things become even more promising when we consider “smart contracts”. If computer code and protocols automate the verification, execution and enforcement of certain terms and conditions of a business arrangement, the role of costly intermediaries will really become obsolete.

It appears that the spread of blockchain and smart contracts can give an enormous boost to the emergence of new industries and technologies, such as the Internet of Things, artificial intelligence and Big Data analytics.

But it doesn’t stop there. Any industry or organization that currently relies on centralized institutions is prone to being disrupted.

Automating consensus, validity, authentication and trust appears to enable a growing number of startup companies to do something that once seemed unthinkable: disrupting traditional industries. Here we should not only think about the “banking and payments industry”, but also about “supply chain management”, “insurance”, “healthcare”. “energy management”, “retail”, “real estate”, and even “government”.

But discussion around blockchain technology and smart contracts is not all positive and constructive. There is a lot of skepticism around. And a lot of this skepticism seems to be justified.

In most of the events I have recently attended, the discussion ends up focusing on various problems and challenges associated with blockchain applications.

Scientists May Have Found a Way to Combat Quantum Computer Blockchain Hacking
In Brief While quantum computers could improve the world by decreasing processing times, they could also be the ideal…futurism.com

Second, there are the regulatory challenges. Regulatory risks are often high on the agenda. Proposals and suggestions are being made for drawing up blockchain-specific regulations. Driven by misconceptions, these proposals often emphasize the need for regulatory interventions in areas related to liabilities, privacy, data protection and fairness. Clearly, the reputation, fluctuations and volatility of cryptocurrencies, such as Bitcoin, add to the level of regulatory interest and concern.

And finally, there are the business challenges. Technological issues and regulatory risks are not the main concerns for anyone interested in pushing blockchain. There is a crucial need to build more relevant business cases, so that the technology can add genuine value for business and consumers.

The challenge of building a business case for blockchain should not be underestimated. At least, that is what the data on start-ups in this field seems to suggest. For instance, just introducing “blockchain technology” to existing business models isn’t sufficient to compete with (and disrupt) successful platform companies, such as Amazon, Spotify or Lyft. Blockchain technology cannot simply replace the sense of community, kinship and loyalty that existing platform companies offer.

It is thus not surprising that a closer look at blockchain-based start-up companies shows that the vast majority of these companies have serious scaling problems.

Apparently, it is very difficult for blockchain-oriented start-ups to transform their new businesses into sustainable enterprises.

The takeaway from all of this? Blockchain technology has enormous potential, but technological, regulatory and — in particular — business challenges seem to prevent the technology from becoming scalable and successful. At least for the moment, cryptocurrencies, such as Bitcoin, are the exception.

So, what is to be done? What is the missing ingredient that will push blockchain into the mainstream?

The development of peer-to-peer music sharing is instructive.

Napster faced many technological and, in particular, regulatory challenges. However, despite these initial challenges, the music sharing technology evolved and eventually found ways to charge consumers without sacrificing the convenience and accessibility of the streaming service. The technology was successfully combined with a compelling business logic to deliver a unique service that became globally successful. Think Spotify.

Blockchain and smart contracts needs to experience a similar turn of events. It is therefore interesting to see what will happen to Ujo Music. Ujo Music (after experimenting with musician Imogen Heap in 2015) will release a blockchain-based “music-sharing platform” in July this year. The platform, which uses the Ethereum blockchain, allows artists “to own and control their creative content and be paid directly for sharing their musical talents with the world”.

How then can such a transformation be facilitated in the context of blockchain? How can a technology that is currently facing multiple challenges be brought into the mainstream?

But achieving a more active role for the non-technologists is much easier said than done.

For a start, non-technologists can be reluctant to take the lead in discussions on blockchain-based and related technologies out of a misplaced sense of respect or deference to the “experts’” knowledge of the technology. They feel intimidated to speak about blockchain and smart contracts. They feel that their lack of expertise removes their right to speak.

A greater awareness of the regulatory problems can also feed this passive, “let’s wait and see” attitude.

But such passivity is wrong.

In order to develop a compelling business case for a new technology, it requires the input, vision and imagination of those who don’t have a deep understanding of the technology, but have a different set of skills that are, nevertheless, vital.

The blockchain technologists need a more engaged and pro-active response from other stakeholders in the blockchain ecosystem.

The current blockchain inventions and ideas usually don’t go further than an ICO (initial coin offering) for the development of a DAO (Decentralized Autonomous Organization) or a Dapp (decentralized application).

A Blockchain VC’s Perspective on ICOs and Appcoins
Note: The thoughts below are my own and are not intended to reflect DCG’s position on these issues.insights.dcg.co

Other blockchain experts focus on coding smart contracts on Ethereum, enabling them to transfer tokens from one account to another, but failing to add any real business sense to their achievements.

Conversely, non-technologists need to watch, learn and adapt. This is particularly true for those who are active in business, supply chain management, energy management and the law. They need to work together with the technologists to develop a vision about how the blockchain technology should be utilized. The technical implementation of this vision can then be left to the technologists.

In this way, the non-technologist and the technologist become a kind of “odd couple”, similar to Steve and Woz. These “odd couples” are able to bring the two worlds together, challenge each other and create fresh new ideas that add value.

Three conditions need to be met in order for the “odd couple” strategy to work:

(1) Both the technologists and non-technologists must be open to appreciating each other’s language. At least, they should be willing to listen and learn from one another. One of the current issues with blockchain technology is that people don’t understand each other. What is worse is that much of the time they think that they do.

What is this Blockchain Thing?
I live in the world of blockchain and smart contracts. I hear people using terms that remind me of when we were…medium.com

(2) Both the technologists and non-technologists should recognize the opportunities and competitive advantages of bringing the worlds of “technology” and “non-technology” (business/management/law) together. This means appreciating the value of open and engaged partnerships.

(3) The non-technologists need to learn to think creatively and “out of the box”. In particular, they should disregard “old world” ideas and concepts. That’s not to say that these ideas/concepts cannot be applied, but they should not be the starting point for the discussion and collaboration.

Speaking as a non-technologist, the temptation to use old world solutions is obvious. But it is almost always counter-productive, in the sense that it kills the kind of creative partnering that is necessary to build new technologies with mass appeal.

If these conditions are met, then blockchain technology’s next big use will become visible.

Blockchain technology and smart contracts will then be better able to solve societal problems and satisfy societal needs. Moreover, a business or regulatory environment will be created that is more “blockchain friendly”.

The full potential of the technology can then be realized.

Thank you for reading! Please push the “heart button” or leave a comment.

There is a new story every week. So if you follow me you won’t miss my latest insights about how the exponential growth of disruptive technology is changing the way we live and work.