WebGL Fundamentals: 2D and 3D Graphics For The Web 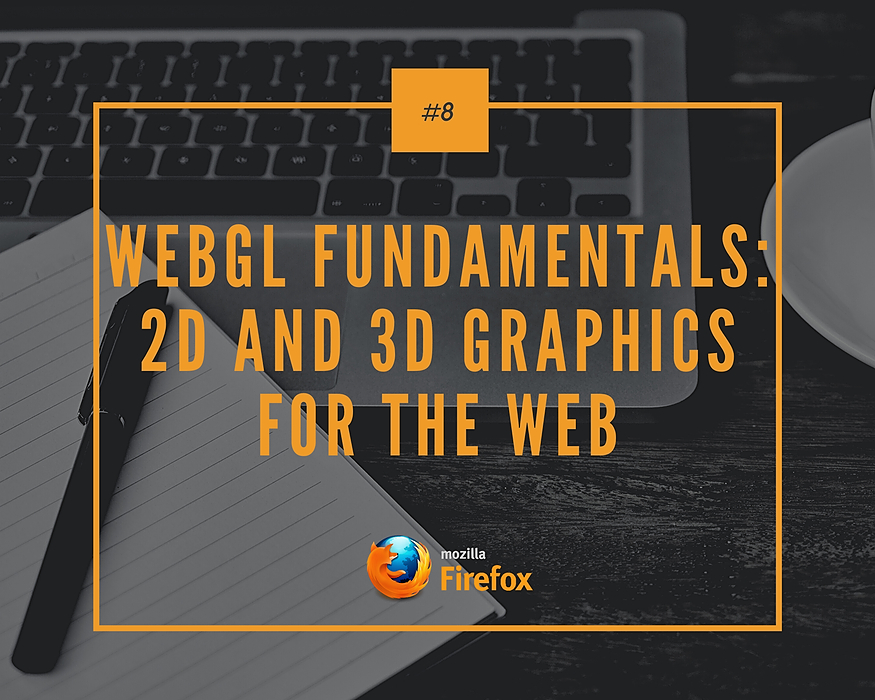 WebGL (Web Graphics Library) is a JavaScript API for rendering high-performance interactive 3D and 2D graphics within any compatible web browser without the use of plug-ins. WebGL does so by introducing an API that closely conforms to OpenGL ES 2.0 that can be used in HTML5

elements. This conformance makes it possible for the API to take advantage of hardware graphics acceleration provided by the user's device.

Support for WebGL is present in Firefox 4+, Google Chrome 9+, Opera 12+, Safari 5.1+, Internet Explorer 11+, and Microsoft Edge build 10240+; however, the user's device must also have hardware that supports these features.

The WebGL 2 API introduces support for much of the OpenGL ES 3.0 feature set; it's provided through the

element is also used by the Canvas API to do 2D graphics on web pages.

WebGL 2 is a major update to WebGL which is provided through the interface. It is based on OpenGL ES 3.0 and new features include:

See also the blog post "WebGL 2 lands in Firefox" and webglsamples.org/WebGL2Samples for a few demos.

Below, you'll find an assortment of guides to help you learn WebGL
concepts and tutorials that offer step-by-step lessons and examples.

A guide to variables, buffers, and other types of data used when writing WebGL code.

Tips and suggestions to help you improve the quality, performance, and reliability of your WebGL content.

A guide to using WebGL extensions.

A beginner's guide to WebGL core concepts. A good place to start if you don't have previous WebGL experience.

This example demonstrates the simple animation of a one-color shape. Topics examined are adapting to aspect ratio differences, a function to build shader programs from sets of multiple shaders, and the basics of drawing in WebGL.

A series of live samples with short explanations that showcase WebGL concepts and capabilities. The examples are sorted according to topic and level of difficulty, covering the WebGL rendering context, shader programming, textures, geometry, user interaction, and more.

A detailed explanation of the three core matrices that are typically used to represent a 3D object view: the model, view and projection matrices.

Matrix math for the web

A useful guide to how 3D transform matrices work, and can be used on the web — both for WebGL calculations and in CSS3 transforms.

In addition to the browser, the GPU itself also needs to support the feature. So, for example, S3 Texture Compression (S3TC) is only available on Tegra-based tablets. Most browsers make the

context available through the webgl context name, but older ones need as well. In addition, the upcoming WebGL 2 is fully backwards-compatible and will have the context name .

Starting with Gecko 10.0 (Firefox 10.0 / Thunderbird 10.0 / SeaMonkey
2.7), there are two preferences available which let you control the
capabilities of WebGL for testing purposes:

A Boolean property that, when

, enables a minimum capability mode. When in this mode, WebGL is configured to only support the bare minimum feature set and capabilities required by the WebGL specification. This lets you ensure that your WebGL code will work on any device or browser, regardless of their capabilities. This is by default.

A Boolean property that, when

, disables all WebGL extensions. This is by default.