Venturing into the hype 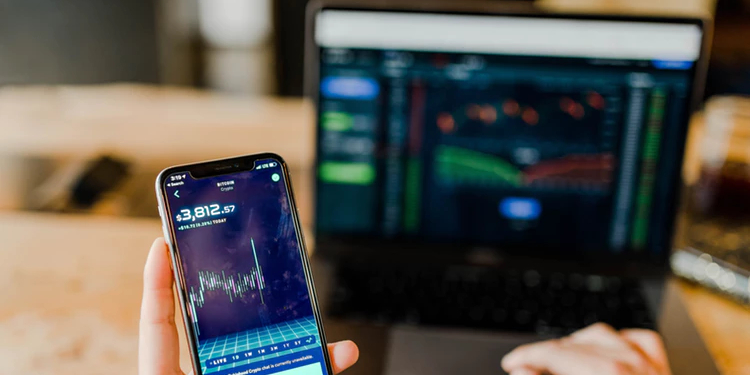 Me (Amit Sharma)is an all-time professional Writer and very honest sincere and up-front blogger. In

Hype is ubiquitous these days and influences investing decisions, including those by venture capital firms. What they need to remember is if you’re buying into the hype, you need to make sure people are going to buy the hype.

Any entrepreneur probably realizes that it is important to keep the hype around their products and services going.

This line, in a Hacker Noon blog titled "Hyponomics, and the Role of Artificial Intelligence in Harnessing It" really got my attention.

Because it’s so pithy. It explains, in a nutshell, the bulk of the marketing and advertising market today.

And also because it sort of ties in with an analysis of the Uber IPO made by Aswath Damodaran, Professor of Finance at NYU and called the ‘Dean of Valuation’ by the investing community.

However, I realize I may be getting ahead of myself.

Let me give some context.

Uber came out with its IPO in May, valuing itself at $45 a share.

Prior to this IPO, investors were repeatedly dazzled with articles and discussions about how Uber was one of the largest disruptors of the last decade or so, that it was the stock to buy, that it was not just a ride-sharing but a "personal mobility business" (that phrase recurs throughout Uber’s prospectus) and so on.

To quote the Dean of Valuation, no other private company had gotten as much public attention as Uber over the last 5 years.

Anyway, so Uber launched its IPO with a lot of fanfare... and the share price collapsed almost 20% within 2 days.

It has recovered as of today, but barely... it’s just about touching its IPO price, a flattish performance, far from the lofty dreams many investors were seeing.

What is the point I am making?

That Uber’s valuation (last year they were aiming for an even higher valuation) is almost entirely the result of hype and marketing.

Take the phrase "personal mobility business" that Uber kept repeating throughout its prospectus (a fact noted by Professor Damodaran in his blog) – in my opinion, that was just a marketing construct aimed at boosting sentiments rather than an attempt at a financial argument.

If investors were to have studied the prospectus for themselves, and seen through the hype, they would have at the very least been suspicious of the proposed valuation. To put it simply, the valuation simply did not make sense.

As noted in that Hacker Noon article, if someone had bought into blockchain technologies, especially Bitcoin, before all the hype, they made a killing.

My 2 cents of contribution to that is – make sure there are people who will buy the hype before you buy into the hype.

The earliest investors into blockchain technologies gained because people did actually buy into the hype...so much so that even after facing regulatory challenges across the world, endless and often speculation and being labelled ‘rat poison’ by Charlie Munger, Bitcoin continues to sustain high valuations.

The role of venture capital

Venture capital nourishes high-potential firms, helping them grow while providing returns for their investors. It represents the best of a free-market society.

When selecting an opportunity, the VC firm must make sure that it’s not all hype, that it has real economic potential.

An example of a cautionary tale would be Bodega, a startup launched by ex-Google employees, that billed itself as a huge disruptor in retail marketing and managed to get funding from some well-known venture capital firms.

How did it turn out?

It turned out that actual customers didn’t think the concept to be far removed from the good old vending machines. It didn’t exactly turn out to be the disruptor of the decade.

On the other hand, take a Chicago-based escape room.

Its core business is organizing an indoor experience based on resolving some dramatic situation, which is backed up by backstories and special effects. That’s it.

Over and above that core business lies the marketing and hype – that it’s the place to be, that it helps counter the disjointedness of families prevalent today and that it helps with team building, which obviously leads to a whole lot of corporate clients. That is why so many people are flocking to businesses such as this Escape room in Chicago.

Is that all hype?

Not if other escape rooms are to be believed.

Blue-chip companies have been reported to have used the escape room concept in their recruitment process.

And accordingly, escape room companies have been very successful at raising cash via public donations and at least one is publicly traded at the London Stock Exchange.

Isn’t this all rather obvious? Why write an article on this?

Well, it should be "rather obvious". But investors still seem to fall for it.

Take the Uber IPO, for example.

Uber has more or less billed itself as the next big ‘tech’ company – maybe FAANG will become FAANGU at some point in the future – and of course, it is important to remember that Amazon's own very, very long journey.

Amazon started out as a bookseller or a bookshop in the 1990’s. Now, it has expanded to AI, cloud computing and even online content, unlocking a lot of value for shareholders.

Is it possible that Uber will do the same? It is indeed possible – after all, quite a few people have switched careers from Google and Facebook to Uber.

However, that is all speculation.

What we know right now is that Uber has exited from markets like China), is locked in a painful battle with Ola in India and faces a lot of regulatory scrutiny in Europe.

And even with its food delivery business – Uber Eats – it seems to have invested a lot of money without an endgame in sight.

Whoops, starting to sound like I have a personal grudge against Uber. I really, really don’t. In fact, I have used Uber myself...but I also continue to just flag a cab when I find that convenient. Like I said, as of now, I don’t see anything geared towards ensuring I stick with Uber.

Or even take the infamous case of Theranos.

One can, of course, argue that there was a lot of very sophisticated fraud being perpetrated at that company, which is well beyond the scope of just ‘hype marketing’. And that is true.

But one of the enduring selling points was that they had assembled the most prestigious board of directors ever. Which is yet another example of marketing based on hype?

The point is that hunger for yield, for returns can make logic and common sense go out the window with even the most eagle-eyed of investors.

And when that happens, precious capital that could have helped out a more deserving candidate – maybe one with a far bigger social impact – is just wasted.

In conclusion, the hype is indeed an important part of a business’ existence. The hype is an implicit part of marketing and every business engages in marketing to grow.

However, venture capital firms should always remember to look beyond the hype and assess whether the hype has a basis to survive on.

And if you find yourself facing a crisis of confidence – that you should be actively pursuing any opportunity you see – remember what Charlie Munger says. It takes the character to just sit on the money and do nothing if you see nothing worth doing.