Put simply, “redirection” is a method to save output and errors to a file (or suppress them entirely) instead of their default behavior of displaying on the screen. This can be useful because it may sometimes be desirable to store output/error logs for later analysis instead of letting them race by on the terminal. Redirection is also useful when using long-running or noisy tools.

If you want to run npm install, for example, and save the output to one file and any errors to a different file, this is all it takes:

Or imagine there exists some tool called “myapp.” If you knew nothing about “myapp” — not knowing its purpose, functionality or output — is there anything you can say with reasonable certainty about the following command?

Probably not much, but if myapp behaves like most other command line programs (and you’re familiar with redirection!), you could at least say the following:

This note will explain what that means, why this is the case, and detail some other examples of how to perform “redirection” in the terminal.

If you want to follow along with the examples, type the following in your command prompt:

Whenever you run a command in the terminal, you have access to three ‘streams’: Standard Input (stdin), Standard Output (stdout), and Standard Error (stderr)

By default these so-called “standard streams” will always display right in the terminal once a command is run. But since the streams are standardized and plaintext (ie human-readable) you can in fact “redirect” them elsewhere using a pretty simple but powerful syntax.

For instance, when you use the “ls” command you will see its output (ie a listing of files) display right in your terminal as expected:

That’s because the STDOUT stream (Standard Output) is a list of files and the stdout stream selects the terminal as its destination by default.

If we use redirection, however, instead of displaying in the terminal the output can instead be redirected to a file:

If you inspect output.txt you’ll discover that it now contains that Standard Output from the ls command we saw earlier:

In other words, rather than display in the terminal, stdout was “redirected” to output.txt

The procedure is the same for errors. If you type the ls command and ask it to list files in a directory that does not exist (here a non-existent directory called “bongo”) you will get an error:

The error above is from STDERR and like STDOUT by default its destination is the terminal. We can use redirection to save it to a file named “errors.txt” instead:

If you inspect errors.txt, guess what you’ll find?

This is what redirection is all about — redirecting data from its default destination (the terminal) and moving it somewhere else. As you’ll see below, you can send the data from stdout and stderr to a single file, separate files, or discard it entirely.

If you’re following along at home (https://github.com/valgaze/redirection-fun), try the following inside the project’s main directory:

You should see no output on your screen and if you inspect output.txt it will be filled with the stdout from the ls command (ie what would have displayed in your terminal.)

Important: The special number 1 is called a File Descriptor and here it represents Standard Output and can be safely dropped when referring to stdout. All of the following commands are identical tols 1>output.txt:

For the rest of this note, we’ll follow the syntax of last item in the list above (no file-descriptor and no space for stdout.) The command above will create the file output.txt if it does not already exist and will overwrite it if it does exist. Note that if you are redirecting to a file to a specific subdirectory (ex ls > /usr/abcd/output.txt) that subdirectory must already exist otherwise the command will fail.

If you want to append to an existing file (not overwrite) stdout, you would do the following (two arrows):

If you inspect output.txt you will see that since we ran the command twice, the standard output is doubled:

We know how to write stdout to a file and append it to an existing file but what if we want to get rid of stdout entirely? How does one run a command completely free of any (standard) output?

To discard all stdout data, you should redirect the command to the “null” device stream located on the path /dev/null

To recap, all you need to know to redirect stdout is:

Standard Error (stderr) is similar to stdout but if stdout is most of the “good news” then stderr is all of the “bad news.” Most of the syntax is identical, however, the only change is that stderr’s File Descriptor (the number 2) cannot be dropped.

To redirect errors to a file named errors.txt, simply run:

If you inspect errors.txt you’ll get your error:

It’s the same story as appending to an existing file:

If you inspect errors.txt after appending you’ll see multiple entries as expected:

Just like with stdout if you want to discard stderr entirely (neither display on screen nor write to a file), simply redirect stderr to the null device:

Oftentimes you will want stdout and stderr to be captured at the same time.

Just like above, stdout and stderr are appended to end of the their new destination files.

If you want both stdout AND stderr to share the same file there are a number of approaches. One approach involves “duplicating” the stream using “&num” syntax. You first redirect stdout and then redirect stderr to the same destination by using the & symbol and the number to instruct stderr to go wherever stdout is going, for instance:

Note that the following will have an identical outcome to above:

If you want to append stdout and stderr to the same file using this syntax you would perform either of the following:

A “portable” way to redirect both stdout and sterr to the null device (ie put them in a trash can), you would write something like the following:

To recap, to redirect both stdout and stderr streams…

Standard Input (stdin), like stdout and stderr, is an abstraction — the details of how the data is generated or where it comes from does not matter. For example, usually the stdin for a program would come from a source like a keyboard, but redirecting stdin makes it possible for a command’s input to come from a file instead:

For instance if you wanted to list files containing “json” in their name, you’d run these two commands:

Here ls lists the current files/folders and instead of stdout displaying on the terminal, stdout is redirected to files.txt. In the next command we run grep json and we redirect stdin to grep. We didn’t redirect grep’s stdout so when it runs it will display a list of files (if any exist) with json in their filename in the terminal.

Piping is very similar to redirecting to stdout but instead of writing to a file, piping only redirects stdout as the stdin to another program.

Instead of writing above with two commands, we accomplish the same thing by piping:

The ls command lists files and then its stdout is then “piped” over as stdingrep json whose stdout is not being redirected so it displays in the terminal.

Security engineer Alok Menghrajan crafted a command small enough to squeeze into 280 characters that generates a bootable live-cd for a retro computer game:

The command itself a bit messy but for a moment if you take for granted Alok’s brilliant Perl trick, it’s just piping and redirecting: the Perl command output is piped to a command to encode it in base64 and then the STDOUT of thatbase64 operation is redirected to the file cd.iso— pretty nifty:

That should do it, happy redirecting! 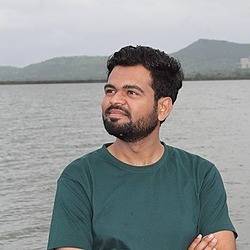