In this new installment of our series about Michelson language, we are going to crank it up a notch!

In the last parts, we were having a quite simple stack and doing some basic manipulations, adding elements, removing them, duplicating them, etc. However, one of the powers of smart contracts is access-control: you can request your smart contract to verify if the person sending a request is allowed to modify the storage. If they are allowed, they can continue performing their operation. If they are not, the execution of the smart contract stops and all subsequent code is ignored.

The whole code of the smart contract is available in the Jupyter notebook binder. After navigating to the page and waiting a minute for the Michelson kernel to load, select MichelsonTutorial-Demo4.ipynb to see the code. As for the last lesson, you can see the inline code or run the code step-by-step.

Let’s have a look at the inline code: 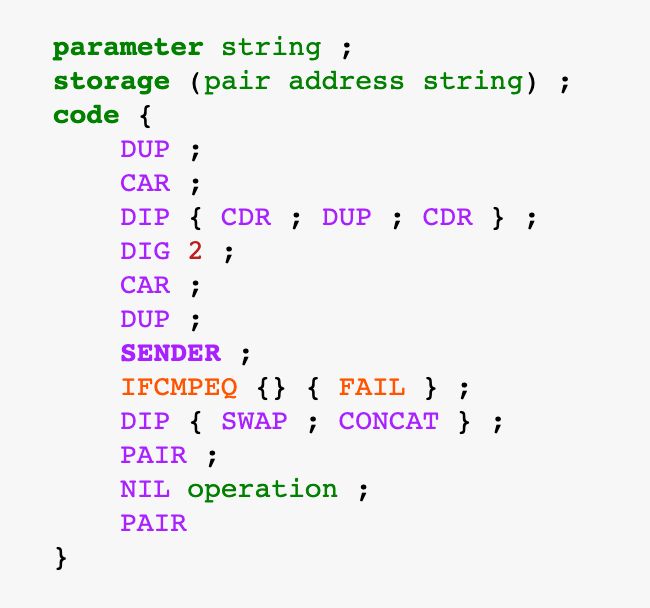 The storage looks different this time: it contains a pair with an address on the left side and a string on the right side. We are going to use the address in the storage to compare it to the sender’s address and give/refuse access.

You probably recognized a few opcodes that were introduced in the previous lessons: DUP, CAR, PAIR, NIL, etc. There are also new instructions: DIG, SENDER, IFCMPEQ, FAIL, etc. No worries, we are about to see what they do.

As usual, you are free to play with the step-by-step code in the Jupyter notebook so you can get a better understanding of what the code does and how it modifies the stack at each step.

Now let’s go line by line and see what the code does!

First, a pair containing the provided parameter and the storage is pushed onto the stack:

We want to duplicate the first element of the storage. As you are probably beginning to understand, this is a normal step to separate the parameter from the storage when you need both in two different elements:

Remember CAR? It takes the pair at the top of the stack and extracts its left value:

This one is a very interesting and useful instruction! You can see that the instruction is made of two parts: the DIP part and the part between curly braces.

The code between curly braces should have no secret for you: it will extract the right part of the pair (CDR) which is also a pair, duplicate it (DUP) and extract its right part (CDR):

Here is another very useful instruction! The DIG instruction moves an element to the top of the stack and is always followed by a number which indicates the index of the element you want to bring to the top (remember that the index starts at 0 in Michelson, so “element 2” will actually be the third one from the top):

Now, we have our storage on top of the stack and we can continue working with it. We want to extract the address saved in the storage to compare it with the sender’s address. The CAR instruction will get the address that is located in the left part of the storage pair:

In this case, it doesn’t matter much, but it can be important in other situations:

Welcome to your first conditional structure in Michelson 👏🏻IFCMPEQ stands for “IF CoMPare EQual” and will tell you if the two values on top of the stack are equal. Note that the two values have to be of a comparable type and of the same type.

After the comparison is done, the two values that were at the top of the stack are removed:

Another DIP instruction! We verified that the user who sent the transaction is allowed to alter the storage, so we can concatenate the string they provided with the one that’s in the storage!

First, we want to protect the address at the top of the stack that we keep for later to save it in the new storage. The DIP instruction will just do that.

Next, we want to reorder the two strings that we have in our stack to have “Hello ” before “world”. This is a job for the SWAP opcode. Once they are in the right order, we can concatenate them with CONCAT. Because we used DIP and put the next two instructions between curly braces, the code will ignore the first element of the stack and work with the ones below:

I guess you are more familiar with the last steps of smart contracts in Michelson now! Remember the very first step, we had a storage made of a pair containing an address on the left and a string on the right. You have to recreate the same kind of setup to exit your smart contract. It will be very easy because we have now an address followed by a string in our stack!

This instruction should have no secret for you now! We push an empty list of operations on top of our new storage:

This is now the end of the transaction. We create a new pair containing a list of operations (which is empty here) and the storage (a pair with an address and a string):

When the stack only contains a pair with a list of operations and the storage, we are done and the execution can end successfully 🥳

You can also visualize the whole process of the execution of the smart contract in this video:

This ends Part 3 of our tutorial about Michelson language. It introduced a few new instructions that will be extremely useful in your smart contracts: DIP, DIG, IFCMPEQ, FAIL, SENDER, etc.

You now have a better understanding of the general flow of a smart contract written in Michelson, how the different elements move and work with each other. The conditional structures are a very powerful tool to check the data entering the smart contract through transactions, for example, if the sender is allowed to perform an action, if the right amount of tezzies has been sent, etc. DIG and DIP are also essential instructions as we were restricted to the very top of the stack in the previous tutorials, but these instructions allow us to manipulate elements deeper in the stack.

In the next tutorial, we will continue exploring the capabilities of Michelson, introduce new opcodes and dive into control flow and domain-specific data types. 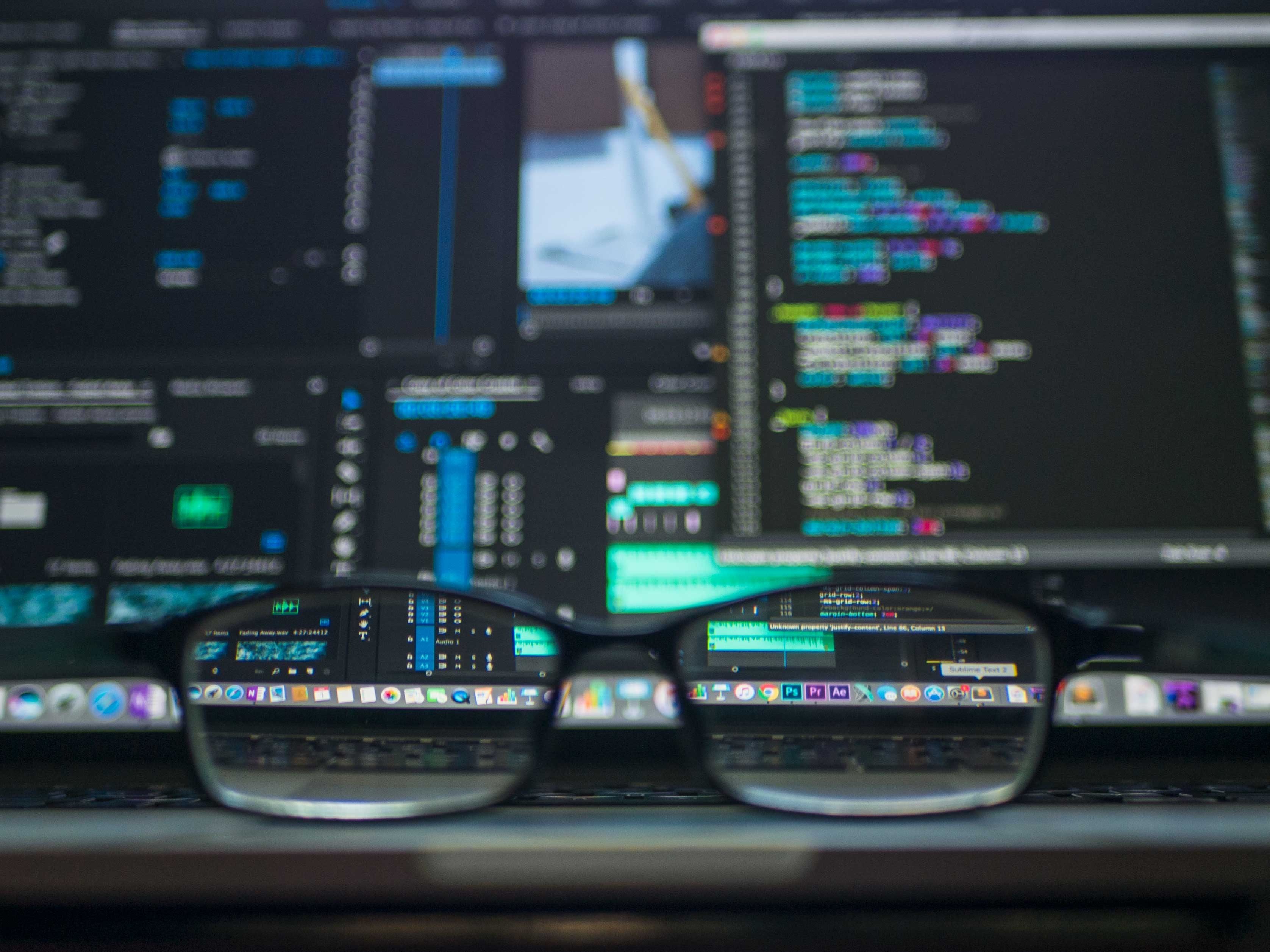