Understanding Kafka Partitions: How to Get the Most out of Your Kafka Cluster 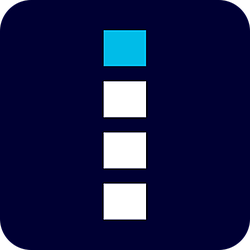 This blog provides an overview around the two fundamental concepts in Apache Kafka: Topics and Partitions. While developing and scaling our Anomalia Machina application we have discovered that distributed applications using Kafka and Cassandra clusters require careful tuning to achieve close to linear scalability, and critical variables included the number of Kafka topics and partitions. In this blog, we test that theory and answer questions like “What impact does increasing partitions have on throughput?” and “Is there an optimal number of partitions for a cluster to maximize write throughput?” And more!

Two fundamental concepts in Apache Kafka are Topics and Partitions.

Topics enable Kafka producers and Kafka consumers to be loosely coupled (isolated from each other), and are the mechanism that Kafka uses to filter and deliver messages to specific consumers. Consumers subscribe to 1 or more topics of interest and receive messages that are sent to those topics by producers.

Here are some useful partition facts:

The total number of copies of a partition is the replication factor.  i.e. RF=1 means that the leader has the sole copy of the partition (there are no followers);  2 means there are 2 copies of the partition (the leader and a follower); and 3 means there are 3 copies (1 leader and 2 followers). Note that the partition leader handles all writes and reads, as followers are purely for failover.   Cleverly, followers just run Consumers to poll the data from the leaders. Partitions and Replication Factor can be configured cluster wide or set/checked per topic (with the ic-kafka-topics command for Instaclustr managed Kafka clusters).

The following diagrams (from the insidebigdata series we published last year on Kafka architecture) illustrate how Kafka partitions and leaders/followers work for a simple example (1 topic and 4 partitions), enable Kafka write scalability (including replication), and read scalability:

We were curious to better understand the relationship between the number of partitions and the throughput of Kafka clusters. While developing and scaling our Anomalia Machina application we have discovered that distributed applications using Kafka and Cassandra clusters require careful tuning to achieve close to linear scalability, and critical variables included the number of topics and partitions. We had also noticed that even without load on the Kafka cluster (writes or reads), there was measurable CPU utilization which appeared to be correlated with having more partitions.

This graph shows the CPU overhead on the Kafka cluster with partitions increasing from 1 to 20,000, with replication factor 1 (blue), 2 (orange), and 3 (grey), for 1 topic. We also tried 100 topics (yellow, RF=3) with increasing partitions for each topic giving the same number of total partitions. 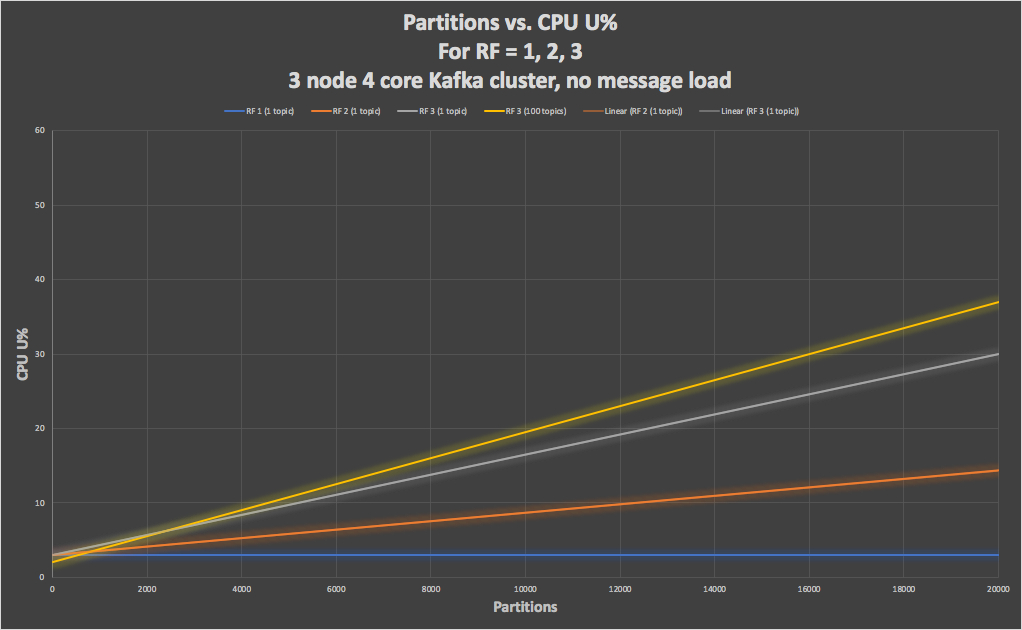 This graph confirms that CPU overhead increases due to increasing replication factor and partitions, as CPU with RF=1 is constant (blue). It also demonstrates that overhead is higher with increasing topics (but the same number of total partitions, yellow), i.e. 100 topics with 200 partitions each have more overhead than 1 topic with 20,000 partitions.

Note that we used up to 20,000 partitions purely to check our theory. In practice, too many partitions can cause long periods of unavailability if a broker fails. If there are many partitions it takes a long time (potentially 10s of seconds) to elect new leaders for all the partitions with leaders that are on the failed broker.  Also note that If the partitions are increased (e.g. using the ic-kafka-topics command) too fast, or to a value that is too large, then the clusters can be overloaded and may become unresponsive. It pays to increase the number of Kafka partitions in small increments and wait until the CPU utilization has dropped back again.

Next, we wanted to find out a couple of things with more practical application: What impact does increasing Kafka partitions have on throughput? And is there is an optimal number of partitions for a cluster (of this size) to maximize write throughput?

Our methodology was to initially deploy the Kafka producer from our Anomalia Machina application as a load generator on another EC2 instance as follows:

This isn’t a particularly large EC2 instance, but Kafka producers are very lightweight and the CPU utilization was consistently under 70% on this instance. We ran a series of load tests with a multi-threaded producer, gradually increasing the number of threads and therefore increasing the arrival rate until an obvious peak was found. We repeated this test for different numbers of partitions. The replication factor was 3, and the message size was 80 bytes.

Here’s a graph showing one run for 3 partitions showing producer threads vs. arrival rate, with a peak at 4 threads. 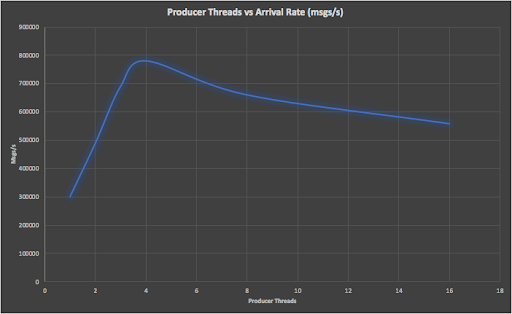 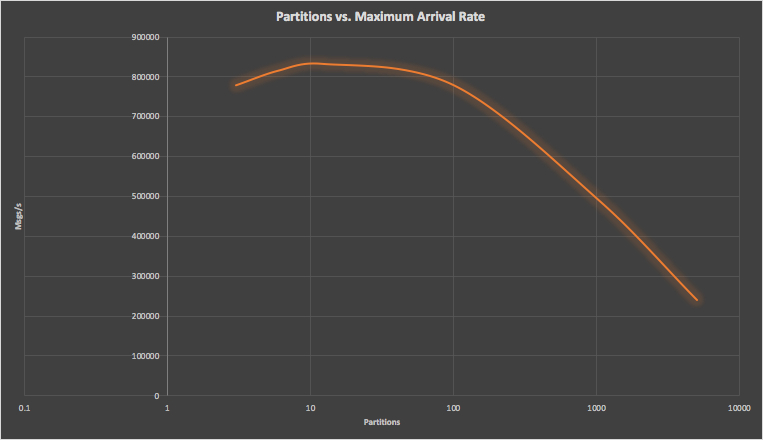 Real Kafka clusters naturally have messages going in and out, so for the next experiment we deployed a complete application using both the Anomalia Machine Kafka producers and consumers (with the anomaly detector pipeline disabled as we are only interested in Kafka message throughput). We used a single topic with 12 partitions, a producer with multiple threads, and 12 consumers. We monitored the producer and consumer message rates (to ensure the consumers were keeping up), and the total end-to-end latency (time from message send to message receive).

For Instaclustr managed Kafka clusters this isn’t a parameter that customers can change directly, but it can be changed dynamically for a cluster — i.e. without node restarts. We will typically do this as part of a joint performance tuning exercise with customers. Here’s the list of Instaclustr Kafka default configurations.  Customers can inspect configuration values that have been changed with the kafka-configs command:

Starting with the default producer acks=1 setting, increasing the fetcher threads from 1 to 4 gave a slight increase (7%) in the throughput (8 or more fetchers resulted in a drop in throughput so we focussed on 1 or 4).  Latency ranged from a low of 7ms to 15ms at the peak throughput at both settings. 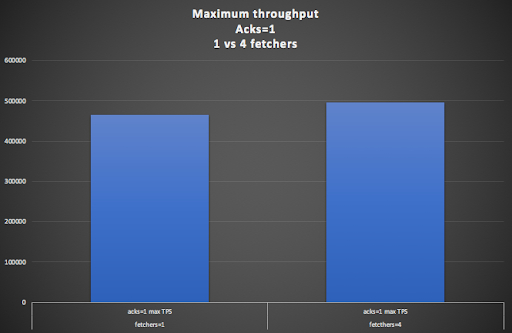 For comparison we also tried acks=all and the idempotent producer (in the producer set the “enable.idempotence” property to true) which ensures “exactly once” delivery (and which automatically sets acks=all). These two settings produced identical results so only the acks=all results are reported.   This graph compares the maximum throughput for acks=1 (blue) and acks=all (green) with 1 fetcher thread (the default). Suprisingly the acks=all setting gave a 16% higher throughput. 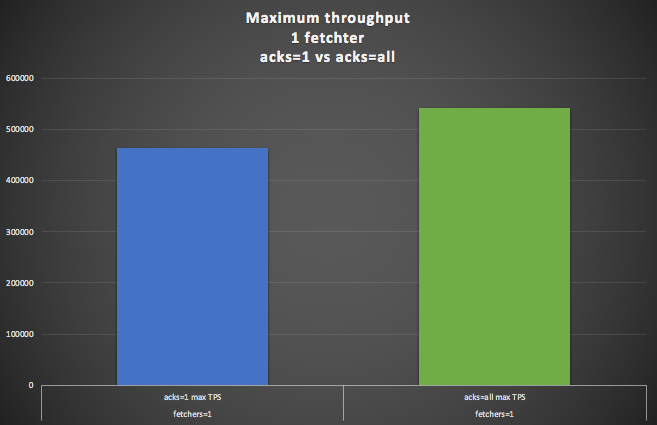 Less of a surprise (given that the producer waits for all the followers to replicate each record) is that the latency is higher for acks=all. The latency at the maximum throughput is double (30ms) that of the acks=1 setting (15ms). 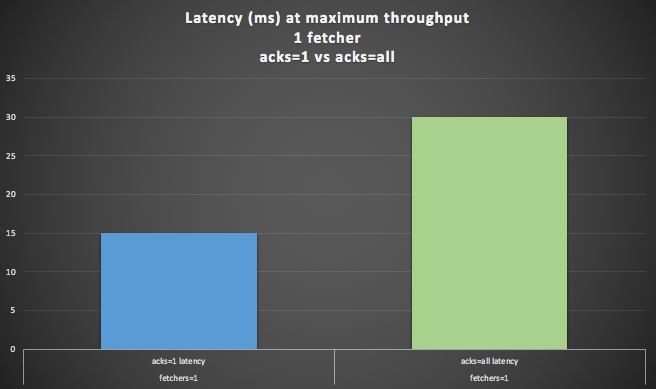 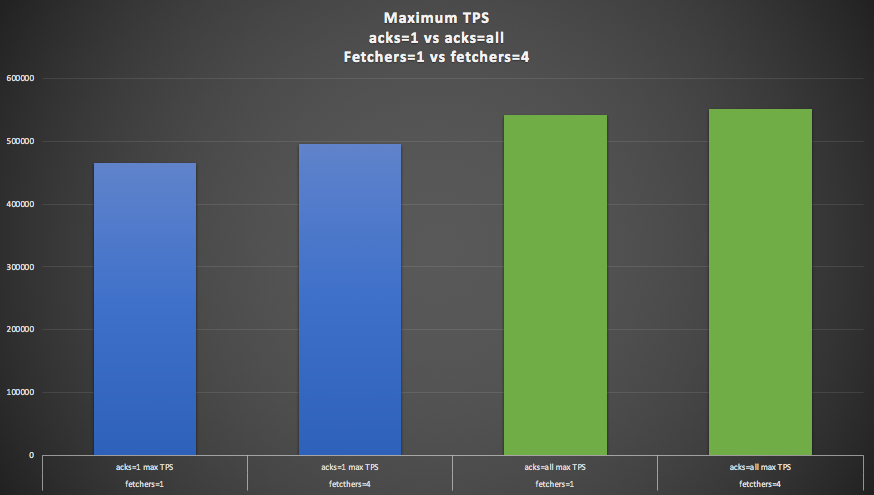 We were initially puzzled that throughput for acks=all was as good or better than with acks=1. It’s still not obvious how it can be better, but a reason that it should be comparable is that consumers only ever read fully acknowledged messages, so as long as the producer rate is sufficiently high (by running multiple producer threads) the end to end throughput shouldn’t be less with acks=all. Also note that as the Kafka producer is actually asynchronous, the impact of the acks setting doesn’t directly impact the producer throughput or latency (i.e. the writes are handled in the producer buffer which has separate threads).

We also tried changing the number of “

” from the default of 1 to 3.  However, this didn’t have any impact on the throughput. It turns out that changing the value only impacts durability  and availability, as it only comes into play if a node gets out of sync, reducing the number of in sync replicas and impacting how many replicas are guaranteed to have copies of message and also availability (see below).

How should you decide what producer acks settings out of the two that we tested (acks=1 or acks=all) to use? (note: acks=0 is also possible but it has no guarantee of message delivery if the leader fails). You should set acks based firstly on your data durability and idempotency requirements, and then secondly on your latency requirements, and then lastly take into account throughput (as throughput can easily be increased with a bigger cluster). You can have both high durability and high throughput by using acks=all (or idempotent).

Increasing the fetcher threads from 1 to 4 doesn’t have any negative impact, and may improve throughput (slightly).  However, if you need low latency then acks=1 is hard to beat, although a lightly loaded cluster (e.g. < 50% CPU utilization) with acks=all may also work. This is because the lowest load acks=all result (green) had a similar latency (12ms) to the latency at the maximum load for the acks=1 result (blue, (15ms), but the latency increased rapidly to the reported 30ms at the maximum load.

This handy table summarizes the impact of the producer acks settings (for RF=3) on Durability, Availability, Latency and Throughput:

How to Improve the Hiring Process for Engineer Positions 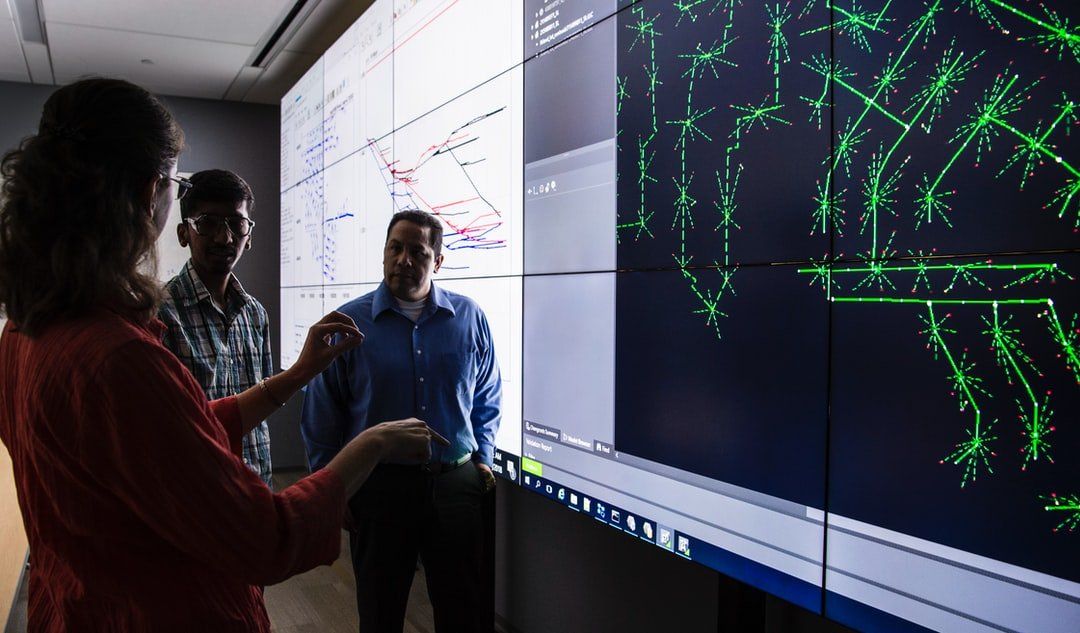 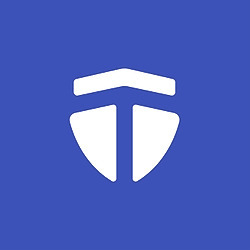