Unbundling Social Networks and Thoughts on The Third Pillar 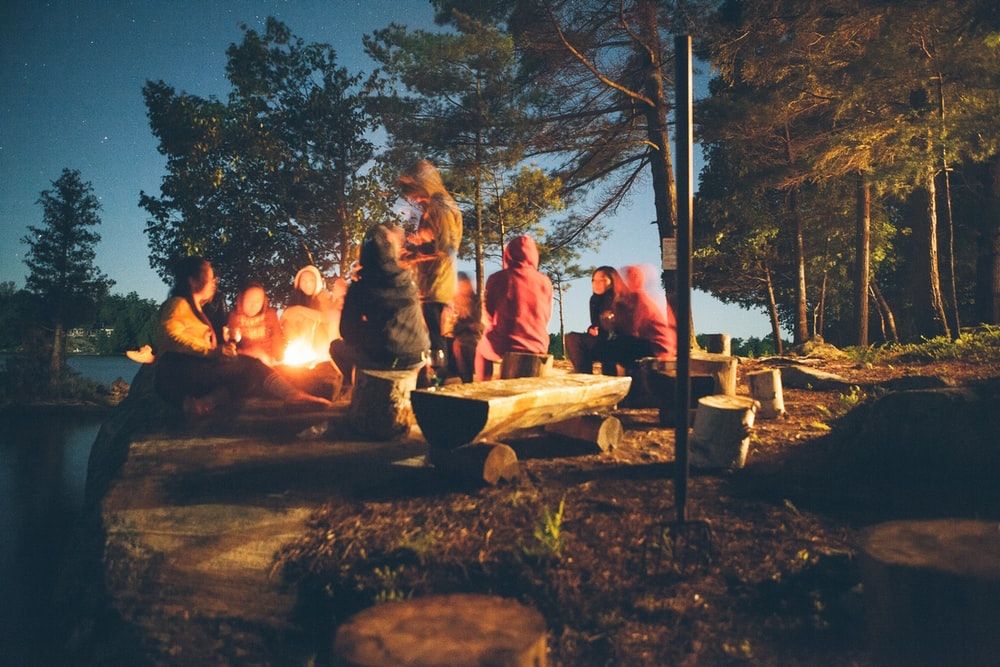 In the book The Third Pillar, Raghuram Rajan argues that the tribe was the main social construct for early humans.

It was state, markets, and community all rolled into one. This included raising children (community), exchanging goods (markets), and enforcing the law (state).

Over time, the market and the state have been unbundled from the community. Trade with more distant communities enabled everyone to specialize in what they were relatively good at. Everyone became more prosperous. States expanded their role too. And local communities dissolved.

The Third Pillar argues this is a massive loss, and that communities are the “third pillar” needed alongside markets and the state for society to function.

Community isn’t just important for emotional stability, but also social. It serves as a check on fraud, cheating, cowardice, corruption, and cronyism. Community protects us from states and markets run amok (Gamestop, anyone?).

It’s clear today that we need community more than ever before. Not only do we depend on each other less and less, but we also live in different realities. We have less in common to connect over as a result.

Individualized social feeds have dwarfed newspapers and personalized Netflix recommendations overshadowed movie theaters. We have less of a shared substrate.

We started with grand broadcast media from the middle of the 20th century up until about the 70s. Television, radio, and newspapers, were highly centralized, aggregated media technologies that held society together.

Everyone read the same newspapers, watched the same TV channels, and listened to basically the same radio stations. This allowed us to engage in discourse on the same playing field as one another.

There’s a much more profound political significance in centralized broadcasting than people realize. While it didn’t force people to agree, centralized information forced us to at least share the same coordinates around which we could agree (or disagree). The narrative was the same, even if our opinions on its relevance or importance were not.

When the Internet became dominant we started to see a great fragmentation. Creators offered customized messages to increasingly smaller niches.

Paired with algorithmic feeds, viewers get the same message fed to them over and over, further pushing us into realities that others don’t even know exist.

It's not that we're living through a time of great disagreement. We're living in a time where people are opting into their own realities, completely. And there's really no mechanism or infrastructure for those competing realities to calibrate or adjudicate which one is more accurate, which one is better, or which one we should opt into.

And the worst part is they aren’t interoperable. They can’t cohere or reconcile with each other. Reality is virtually up for grabs right now.

Lonely in a (social) crowd

Despite its immense success over the past decade, social media is growing increasingly more attuned to its fundamental inadequacy. Their networks still have immense value. But that value comes primarily from the distribution power and reach of content. It is predicated on breadth rather than depth, and increasingly so.

The rather obvious first-order effect of building global platforms is realizing quantity at the expense of quality.

At the time I am writing this essay the whole world has been sheltered in place for almost a year. Our ability to connect with family and friends offline has been forcibly suppressed, if not completely removed.

If you net out your spouses and kids living with you, this is effectively the first time in history where the largest portion of our social life has to happen over the Internet. And, with various degrees of intensity, this is manifesting at a global scale.

Irrespective of the long-term effects of the pandemic, something is becoming increasingly clear. Relationships’ job-to-be-done (e.g., their true purpose, and the reason why we crave them) is creating meaningful and intimate connections between humans.

That happens in real life over common ground (e.g., shared interests) and the compounding effect of time. Yet, how do you fabricate human intimacy over the Internet? There’s no question social media is doing a fairly poor job at that. We are fully wired in, and yet we feel so removed.

There are two main issues online platforms are confronting now. The first clear downside of a public forum is that anyone can attack anyone. Even entire democracies can seek to incite civil unrest. That reduces trust and raises walls between users.

Secondly, public broadcasting by default — whether that broadcasting is to the entire world, as on Twitter, or to all of your friends and family, as on Facebook — actually constrains your ability to communicate. The more people can see you, the more your “whole self” becomes progressively uneasy.

When it comes to Internet-based technology, very little is settled. We are now a few decades in and probably haven’t yet fully realized its full economic potential. Yet, we might have arrived at a critical juncture. We finally realized that the Internet is not simply an alternative medium. It is a novel, self-governed ecosystem.

What gets published on the Internet can reach virtually anyone anywhere. That increases supply dramatically and places a premium on discovery. Just as important, though, fixed costs are proximate to zero. Not only publishers can now reach anyone.

But anyone can become a publisher. Without even needing a publication. Social media gives everyone the means to broadcast to the entire world. This introduces (virtually) zero friction in content creation.

To the extent platforms aim to onboard all of humanity is the extent to which they are onboarding the worst of humanity. The more users you host, the more likely it is that there will be objectionable ones. If you throw a massive party, don’t blame the broken vase on guests.

To be clear, I just want to acknowledge trade-offs. Giving everyone a voice means giving everyone a voice. It’s prioritizing breadth of exposure over depth of connection. I am often struck by the claim that social media 'brings the world closer together’. If anything, many of those platforms led the world to the same (virtual) place. Intimacy, getting closer together - that’s a totally different ballgame. You can lead the horse to water, but you can’t force it to drink.

(More than) one platform to rule them all

In 2014 Boyd co-authored a well-known paper called Networked privacy: How teenagers negotiate context in social media. Snapchat, three years old at the time, is not mentioned once. And yet, Boyd’s ideas are at the core of understanding what made Snapchat so attractive.

It wasn’t simply the fact that messages disappeared, preventing employers or admissions officers from dredging up a regrettable post. Users were able to be someone different than they were on Facebook. Snapchat created a new context.

When an individual is placed into a social situation, they must gauge what is an appropriate face to present. Situations where multiple contexts collide encourage individuals to react in one of two ways. Either aim to present a face that is universally acceptable or risk the social consequences of conveying inappropriate information. While people seek to present themselves appropriately, they do not necessarily have control over what others reveal about their identity.

In order to avoid such discomfort, individuals maintain separate identity facets. They tend to segregate the associated contexts so that there is no collision of identity information. Individuals who present the same identity information across multiple contexts tend to be less concerned with explicitly separating their social contexts. One’s self-monitoring habits indicate the importance of maintaining separate contexts.

That is how an enterprise tool like Slack became a de facto social networking tool for countless communities, joined by Discord which emerged from gaming and is attacking the same space. Reddit, of course, has been there all along. Twitter retains its niches, and the vast majority of innovation in messaging apps is in group chat.

For the past decade, the tech community viewed social networking as a zero-sum game. You either are Facebook or will be acquired by Facebook. What is now clear though is that users want to be in multiple places at the same time in order to express their multiple identities. In the proliferation of online identities,  we can achieve something better in the digital world than we ever could in the analog one.

In the future, every niche and vertical will form a community. Individuals will coalesce around topics of interest and shared passions. During Covid, there is a greater need than ever before for online spaces that facilitate those communities.

It’s easy to confuse an audience with a community. An audience passively consumes, while a community engages with each other. Also, communities feature authentic engagement between the users in the network, not just with a single curator or creator.

For the sake of this piece, I will define communities as groups of individuals with shared interests, goals, and values who want to deepen their relationship with each other, but aren’t part of a formal or centralized company. Increasingly, these communities have been growing on top of platforms such as Slack, Discord, Circle, or Facebook Groups.

Yet while the appetite for online communities grows, the accompanying product offer still largely misses the mark. Those platforms aren’t primarily focused on serving the needs of communities.

If you’re anything like me, you probably collect several unread red-dot notifications in your Slack sidebar. And why not, a sprinkle of them on Discord too.

The most frustrating part is those notifications belong to a whole amalgamation of work and non-work related groups. A few of those communities are literal ghost-town workspaces I keep forgetting to remove.

Some examples of communities I love: 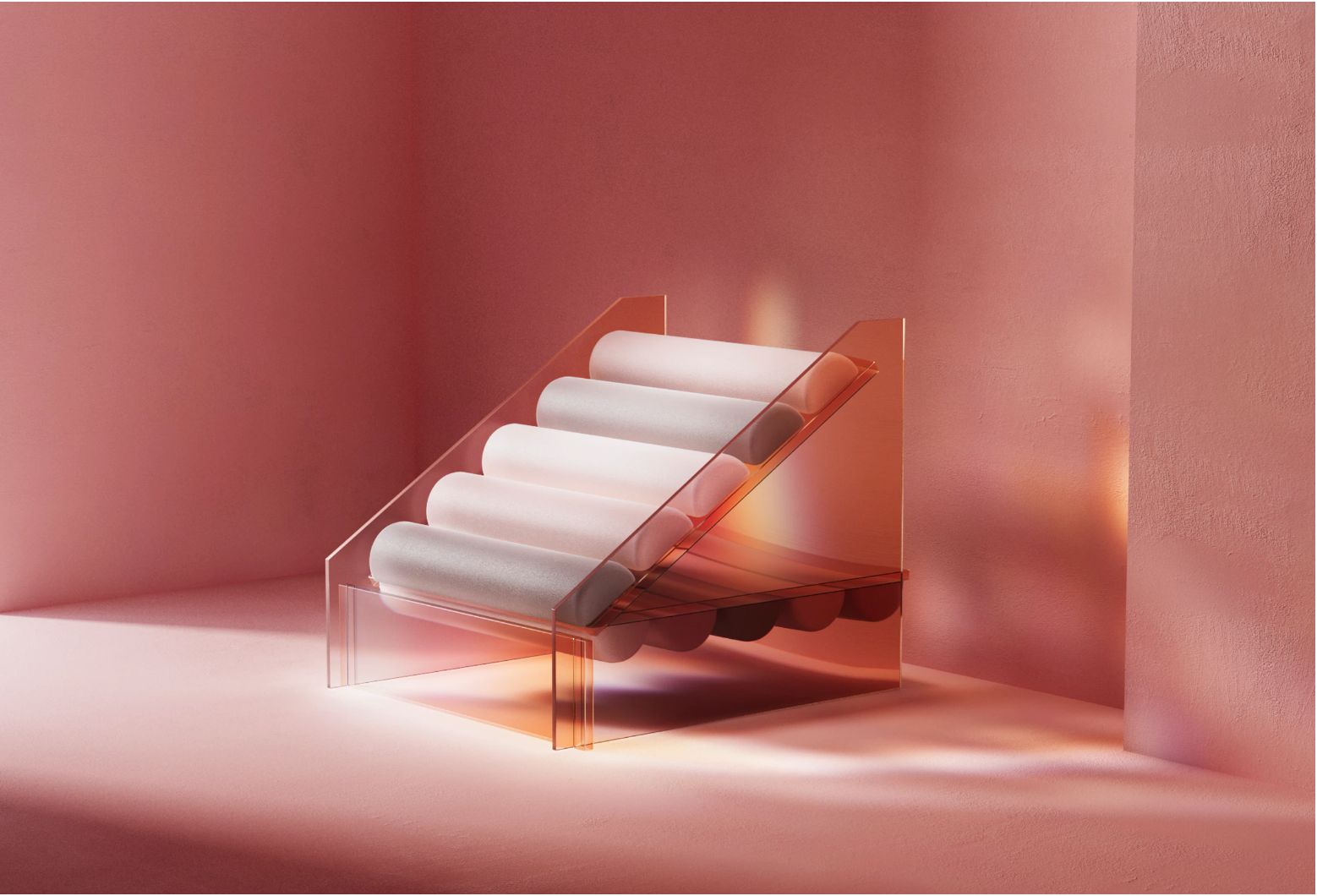