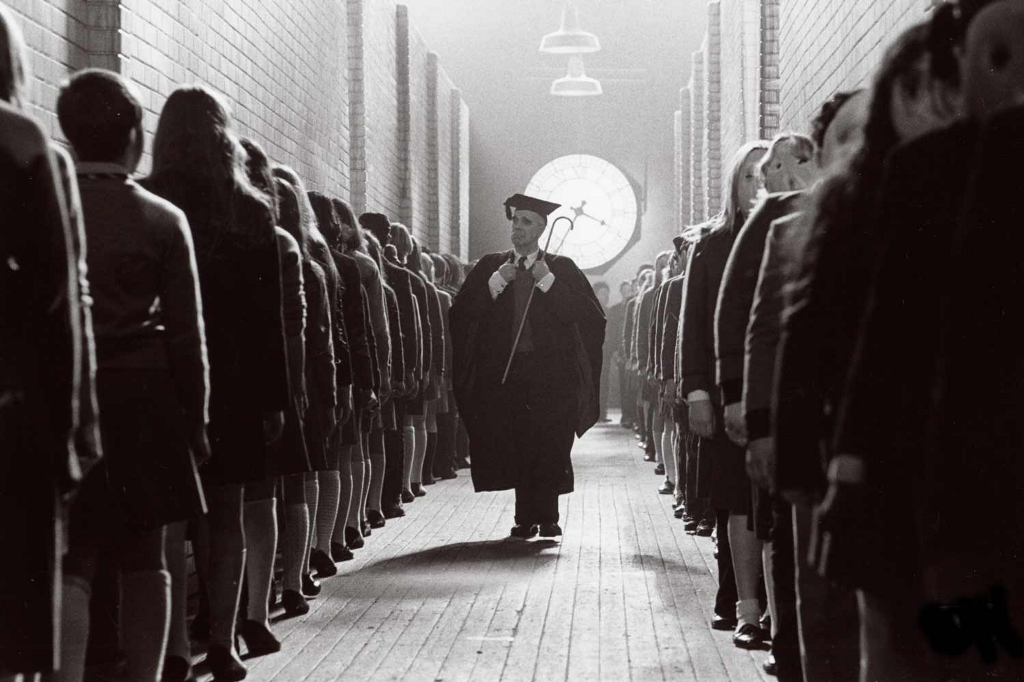 Hype Around Skills Crisis And Waiver Of Formal Education

After the World Economic Forum in Davos, everybody is literally baffled by a new problem on the labor market. The annual meeting’s main topic was the dilemma of the outdated current shape of education, which does not change sufficiently over the years and thus unable to support the development of the technological process.

Consequently, everyone cherished the idea of abandoning the formal education system, suggesting that we can organize the education process better through short-term courses and special programs. But is this really so, or is it just another hype in the tech world? Does anybody question where will such a radical decision lead us? Let’s analyze the situation soberly.

How The Story Began And Who The Instigator Of The Entire Warning?

A world’s top business leader and IBM CEO Ginni Rometty announced that in the upcoming tech era, specialists without higher education but with extensive experience will be more in demand. Rometty stated that all private companies should be oriented towards such employees, and the refusal to finance this direction in the near future will provoke a skill crisis.

Actually, this is not the first time, as Rometty is well-known for her educational extremism. In her opinion, universities are a waste of time for those who are going to be a data scientist, software developer, computer engineer and more. The IBM-CEO is not just wasting her breath, she revealed her disagreement with the existing system of education also a few years ago. Then she said that IBM is introducing its own training program for future coders, or as she said “new-collars”.

The program P-TECH (Pathways in Technology Early College High Schools) is an analog of a technical school, where the study lasts six years. Currently, there are 100 such schools in 13 countries of the world, internships are held in 500 partner organizations.

At the forum in Davos, Rometty returned to this issue and was even more categorical than before. “There is a large part of society that does not feel that this is going to be good for their future,” she noted, referring to the problem of finding specialists for technology companies.

The only way out of this dilemma for Rometty is the usage of specific programs like P-TECH (promoted by IBM). It’s too early to start jumping to conclusions, but it seems there is a definite connection between this, isn’t it?

A Critical View Of The Situation

“Leaving Stanford” — is already something like a meme. It seems that every second author of popular books about business, start-ups, personal growth, etc. did it at least once in a lifetime. The choice of university to quit is not random. Not Harvard, not Princeton, not Yale, and not even Berkeley. Stanford is a university directly associated with Silicon Valley, both in geography and biography.

The point of view of Rometty is balanced by the point of view of Peter Thiel, one of the “founding fathers” of PayPal, the ideologist of technological libertarianism and the guru of a startup. In 2012, he created a fund to support young tech talents and founded the “20 to 20” program: twenty young people received financial support for the implementation of their projects, provided they discontinue their studies at the university while working on projects. Then, in 2012, Thiel made a speech at his alma mater — Stanford (which for some reason he did not quit!) on the matter of his famous Startup course, which formed the basis of the best-selling book Zero to One.

High technologies dictate fashion in the modern world. Undoubtedly, the university has a bunch of superfluous things, but does it mean that a university is not completely needed for the future? Students should be educated in universities to be critical intellectuals, no matter the tooling, but still, those information gaps are incomprehensible. Because to be a critical mastermind you need to be a researcher, hungry for knowledge and capable of finding answers, constantly improving your workflow and bringing some results. Will 17-year-old person do this right after school, is he/she able to properly build this process?

Bill Gates was a college dropout but no one would say that he is unqualified to run Microsoft. Mark Zuckerberg dropped out of Harvard and ended up founding and running Facebook. But, isn’t it an outdated stroke? It is hard to name them super-geniuses, but they definitely managed to accomplish brilliant projects.

Their education is not a key point. It doesn’t necessarily mean all those who left university will equally become successful persons, is not it? By the way, in 2014, Mark Zuckerberg gets a Harvard degree 12 years after dropping out to start Facebook. He returned to the Ivy League school to pick up his degree.

Billionaires And Their Doctorate Background

The insurance company GoCompare has studied the level of education of hundreds of the richest people in the world according to Forbes magazine over the past 20 years. Although there are billionaires without higher education at all, most of the businessmen on the Forbes 400 list received a bachelor’s degree. According to Forbes, in general, about 84% of the richest people in the United States have a bachelor’s degree and above, while among ordinary Americans, the figure is 33%.

By the number of bachelor graduates billionaires are ahead of the US adult population — their rate is higher at 68 percent. Billionaires with a probability of three times more will have a master’s degree or Ph.D.

All these means, the university builds an important groud for further education, pushes to self-knowledge and creativity. But most importantly, all success depends on your passion and desire. Here is the main purpose, not the presence or absence of a diploma.

Here is a list of people who have received a master’s or bachelor’s degree and cemented their success by dint of it:

Is education really does not matter in the formation of these leaders? If it did does, maybe they would not initially go to get doctoral degrees? All these things and more show that not everything that glitters is gold, not everything you touch turns into a footprint. Each of us has different situations, and it is worth going from individual situations.

Having done a degree may be helpful in training you to think more broadly and critically and hence, better arrange a career. Of course, this is not a guarantee, but the alternatives to education offered by Mrs. Rometty are also not. It all depends on us and this should be the main focus of attention!

Conclusion: To Quit University Or Not?

Everything is developing at a record pace demanding workers’ skills enhancement. But this does not mean this problem can be solved by abandoning formal education. A learning system that we have now, of course, has some imperfections. But in general, it has already been tested for centuries. A university, as well as a school, is important for general human development, for the ability to structure tasks and solve them.

Even if the university does not give super excellent knowledge in the profession, it is needed in order to help students become full-fledged personalities and finally decide on which way to go and avoid the mistakes of youth. Consequently, we must soberly assess the situation and don’t make hasty conclusions. In the end, we do not know what the consequences of total denial of it might be. Perhaps this will ruin the whole situation even more?