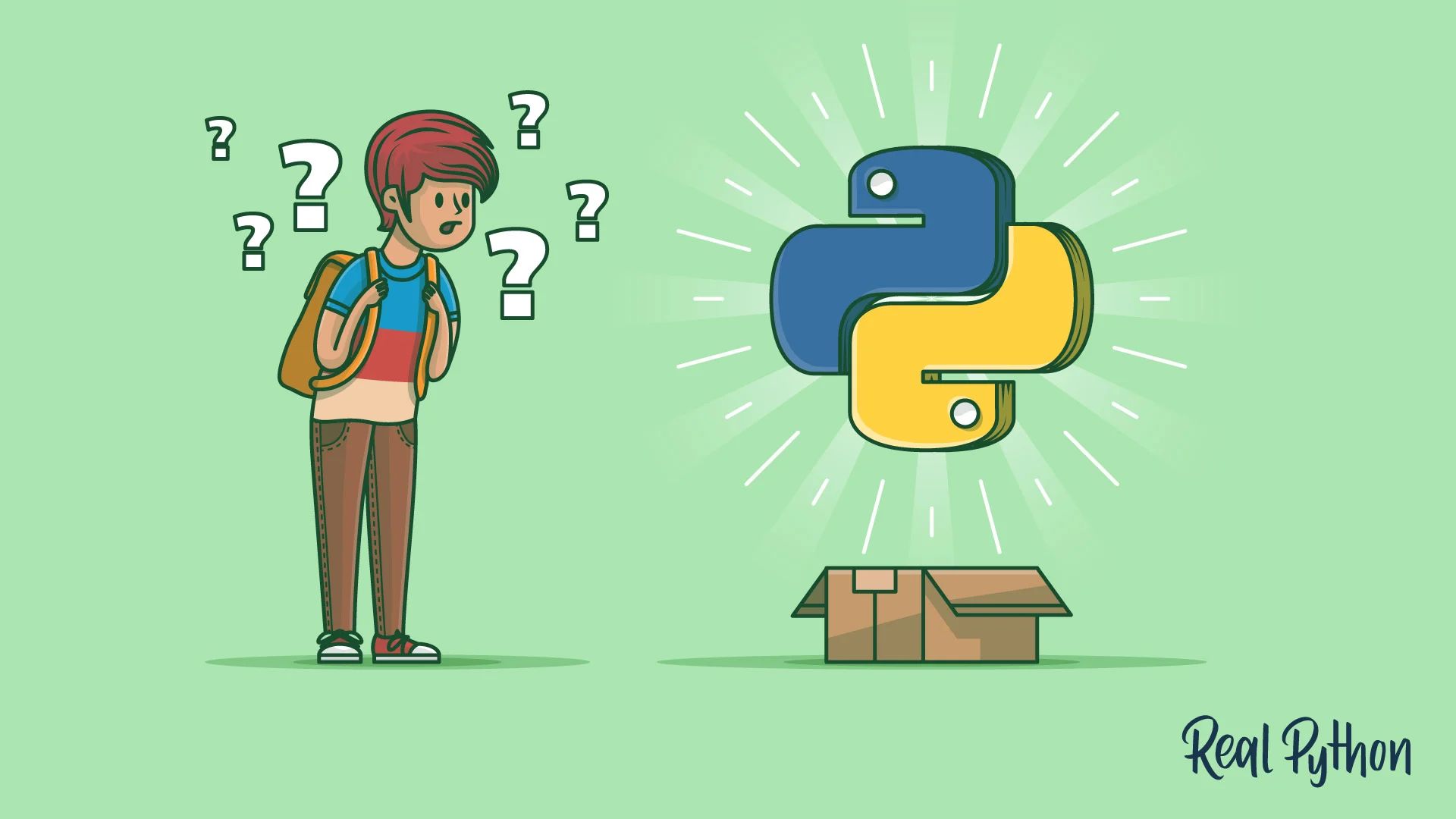 I am a full-stack engineer with over five years of experience in web development.

More than 500 languages are currently in use and a lot more are being written as we speak. The selection of a programming language is the first step to get into starting with the development cycle. A decade ago, developers were not bothered by the selection of technologies as they did not have access to an array of options.  The preference of a language is now based on the characteristics of a project and many such factors.

Python is a general-purpose programming language that can be used in the development of web apps, AI, machine learning, operating systems, mobile apps, and video games.

Python's versatility makes it possible to produce advanced web applications with relative simplicity and ease. It is the ideal solution for complicated web development projects. While HTML and JavaScript are primary languages for constructing a front end or web browser, you can use web frameworks based in Python such as Django to ease the backend process.

In this post, we shall discuss why technology giants such as Instagram or Netflix rely heavily on Python for critical infrastructure. 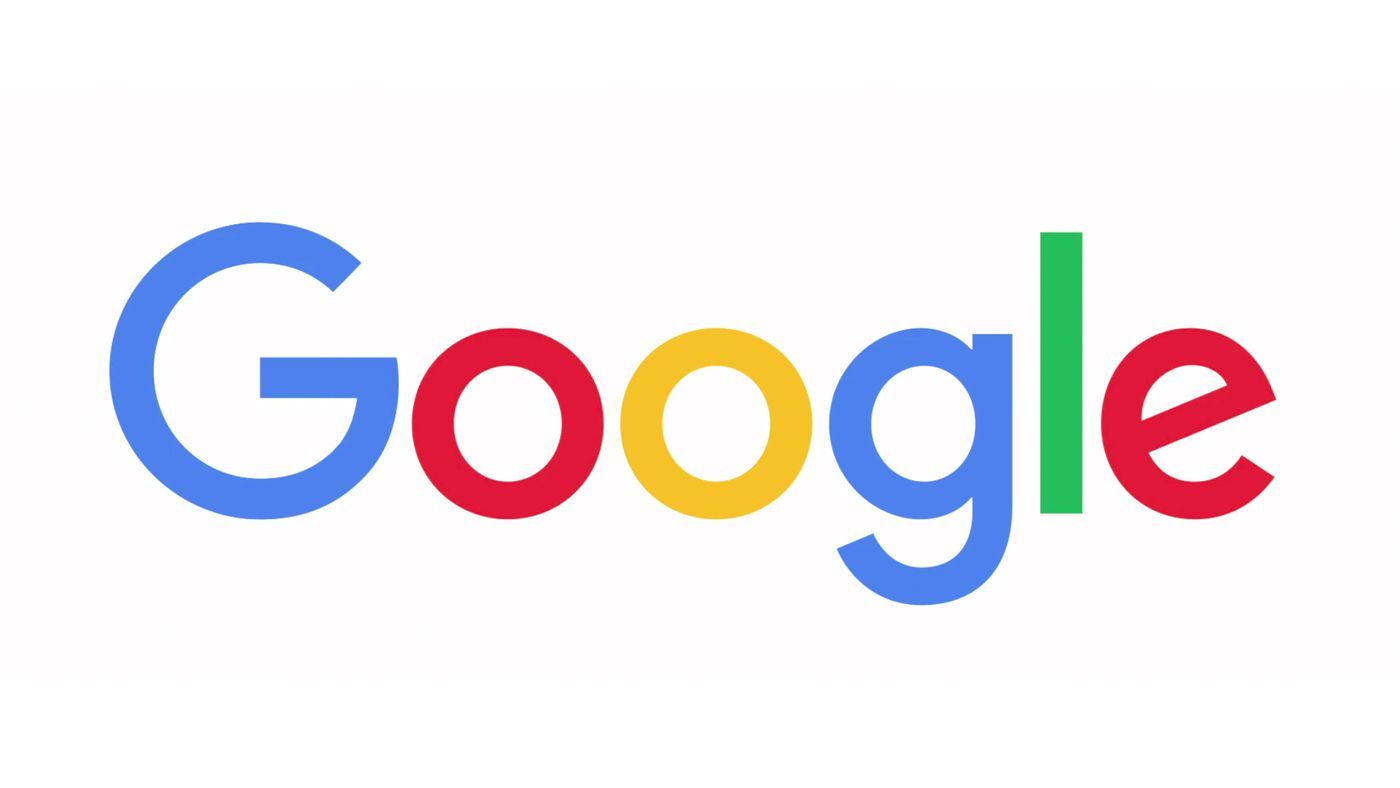 With its inclusion in dozens of online services, including Search, Android, Youtube, Stadia, and many more, Google has become one of the biggest technology companies in the world. With a company such as this, its technology stack comprises more than one central language, that is, Python, Java, and Golang.

When it was just getting started, Google had adopted Python because of its simple nature and relatively fast maintenance and has been continuing to use it since then. Services like a portion of the search engine, YouTube, machine learning, artificial intelligence, robotics projects, and much more.

Although Google probably would have every programming language in its infrastructure, because of its core language status, Python continues to receive the priority support. 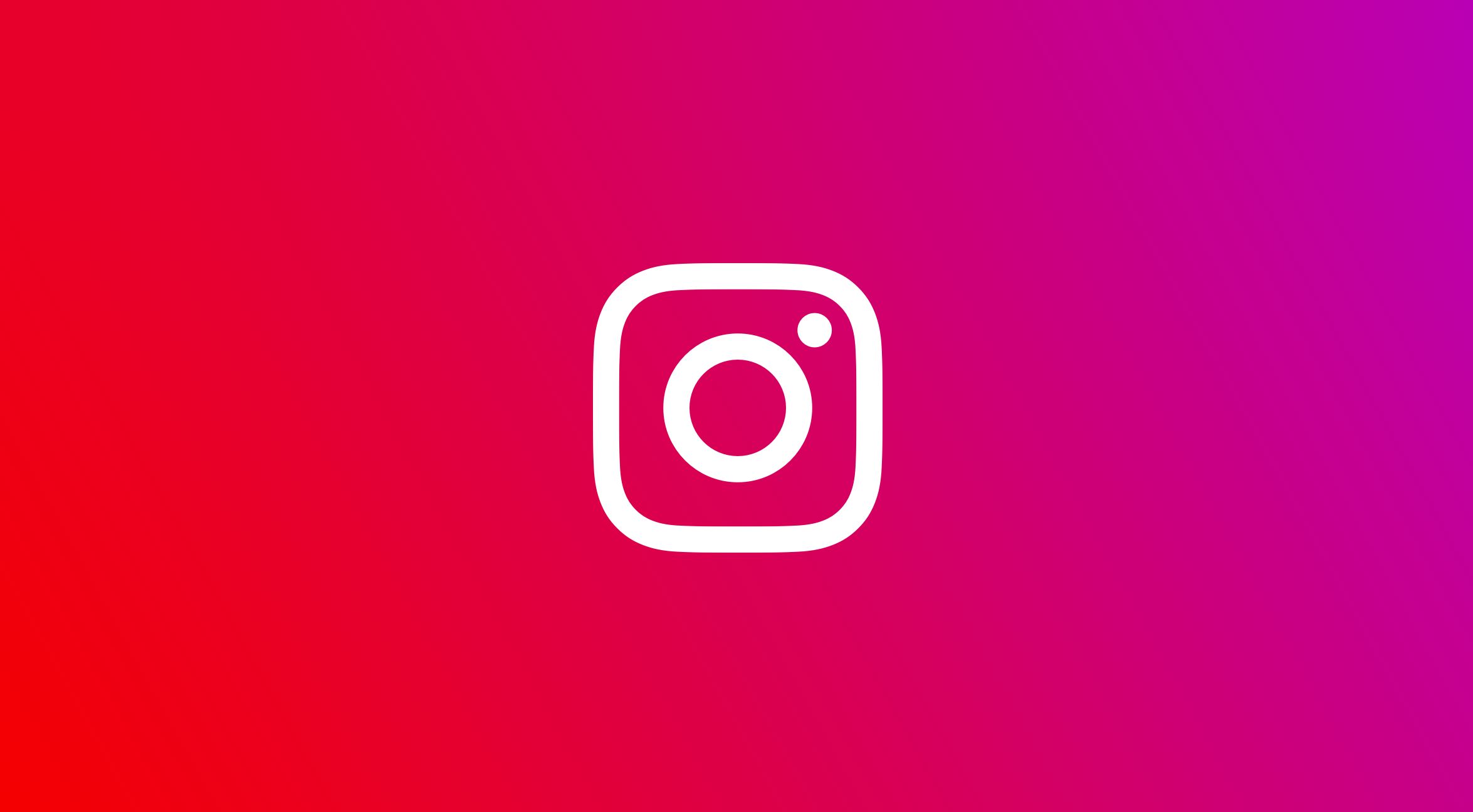 Instagram is currently featuring the deployment of the Django web framework, which is fully written in Python. They chose the platform because of its reputation for accessibility and usability, which aligns well with their philosophy of “do the simple thing first.” Instagram has doubled in size over the past two years, with 500 million users recently crossed, so they needed to maximize the effectiveness of their platform to keep scaling seamlessly.

The company confessed to having thought of switching to PHP, which is one of the main languages of Facebook. But after a subtle comparison, they acknowledged that they would not make a major difference in terms of performance. In view of the fact that each new version gets faster, the company has agreed to participate in this quickly evolving language.

Also, it must be noted that the entire migration process has taken the team 10 months and was divided into several stages. The first was to change the code to replace packages that do not support Python 3 with those that supported it. The second stage revolved around unit testing and the third stage was the final deployment of the product. 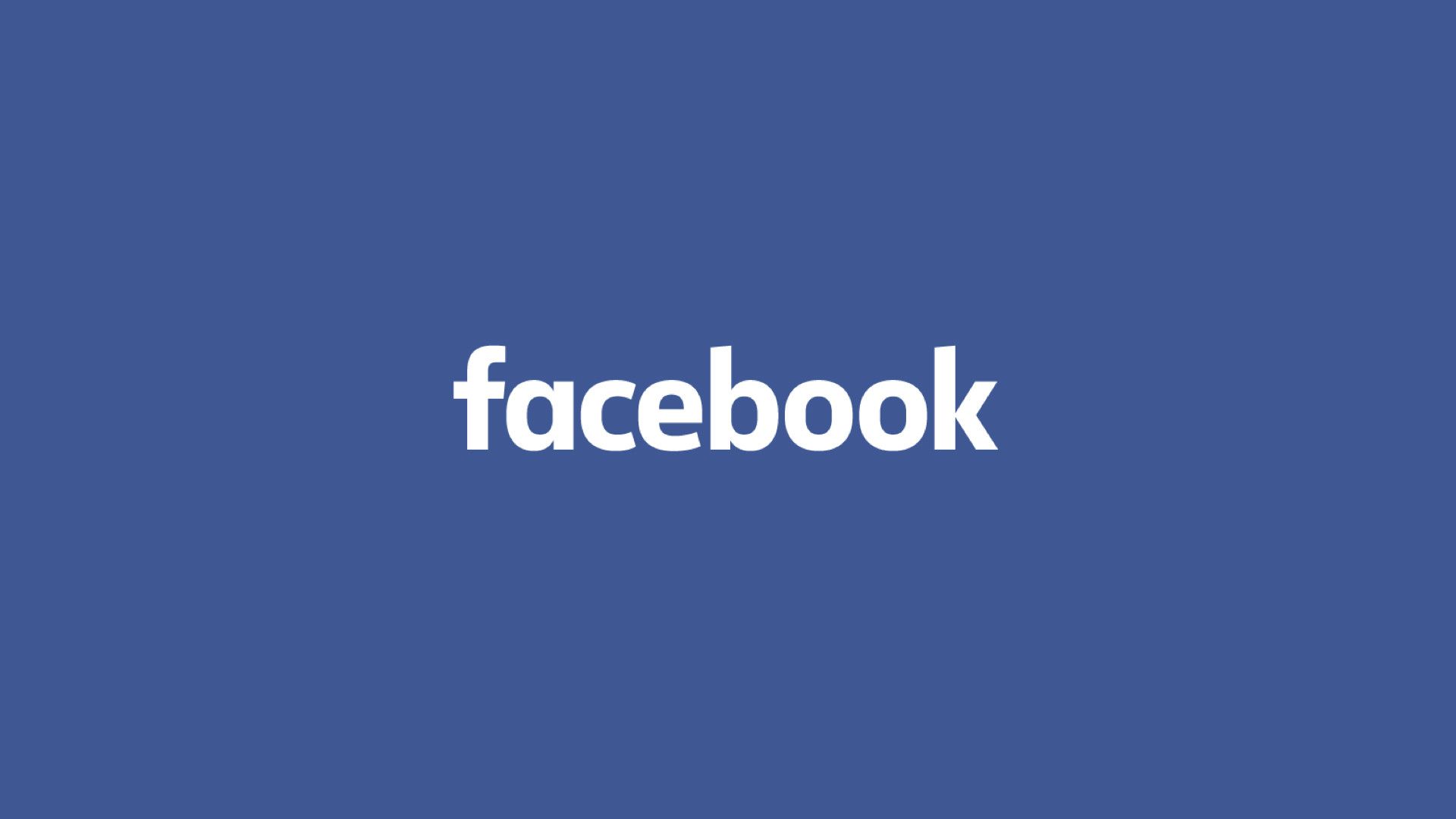 Facebook has been heavily using Python, making it the 3rd most used language for social media (behind C++, and their proprietary PHP dialect, Hack). The simple-to-use Python libraries means that devs don't have to write a lot of code, which enables them to focus on making live improvements. It also provides an efficient Facebook infrastructure.

According to Facebook, Python is presently responsible for numerous infrastructure management services. These include using TORconfig to handle network switch setup and imaging, FBOSS for white box switch CLIs, and using Dapper for scheduling and execution of maintenance work.

Facebook has launched many open-source Python projects written for Py3 that includes a Facebook Ads API and a Python Async IRC bot framework. 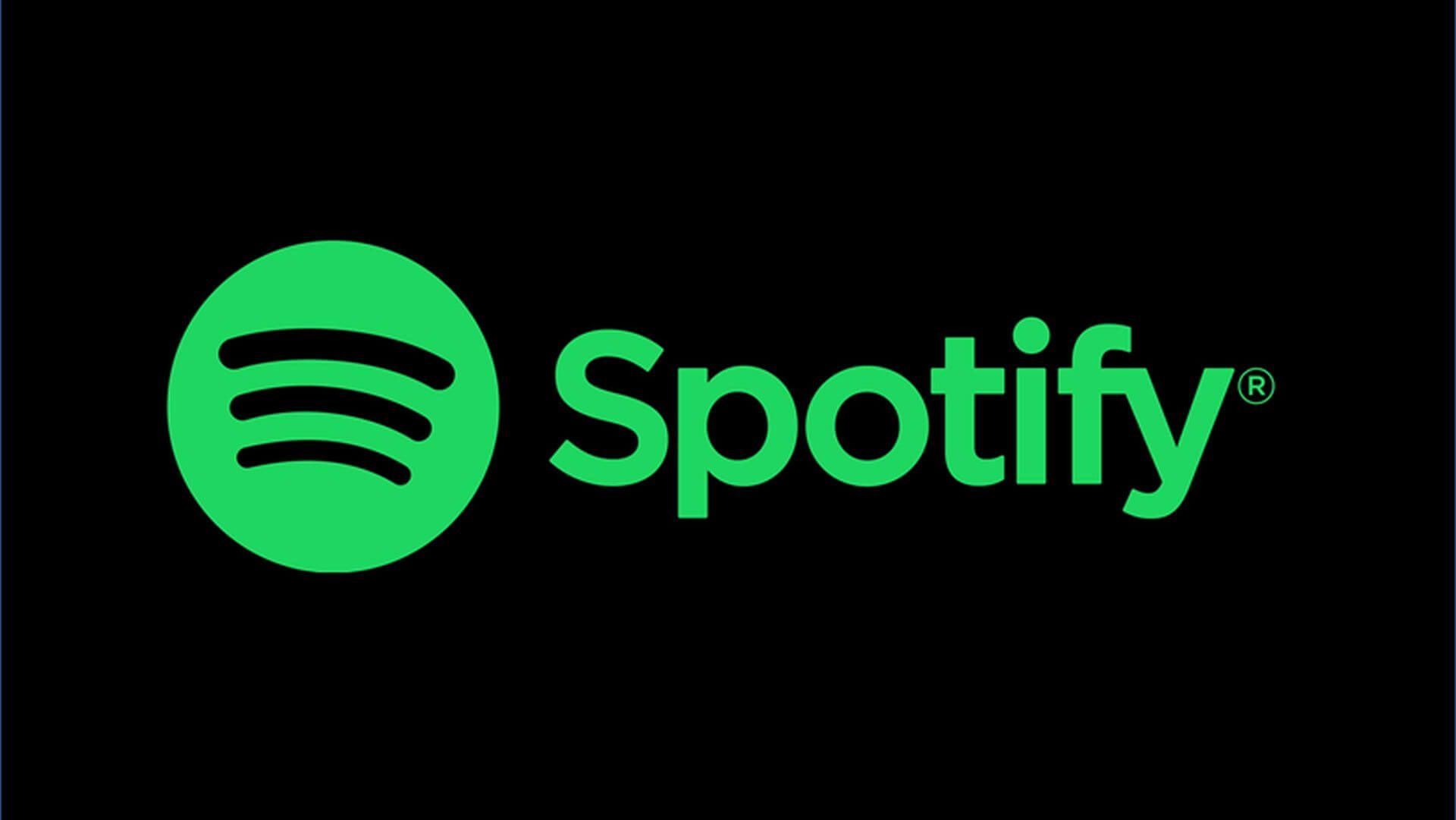 Another top tier company, Spotify is now trusting and using Python for back-end services and data analysis. Furthermore, Spotify has a multitude of different services linked via means of the messaging protocol developed in their company. So, about 80% of these services are based on Python, the remaining 20% on Java (mostly), and C or C++ languages.

The company's key priorities are rapid development and growth. This is why Spotify uses Python to create its streaming service – it mostly fulfills the expectations of its development speed.

The new architectural updates for Spotify have all been done through gevent, which features a fast event tool with a high-level synchronous API. Spotify depends on a huge amount of data to provide insights and recommendations to users. Spotify uses Luigi, a Python module which synchronizes with Hadoop, to understand these. This open-source project manages how libraries work together and compile error logs to enable redeployment and troubleshooting.

Altogether, Spotify hires more than 6000 Python processes, which operate together over the Hadoop cluster nodes. 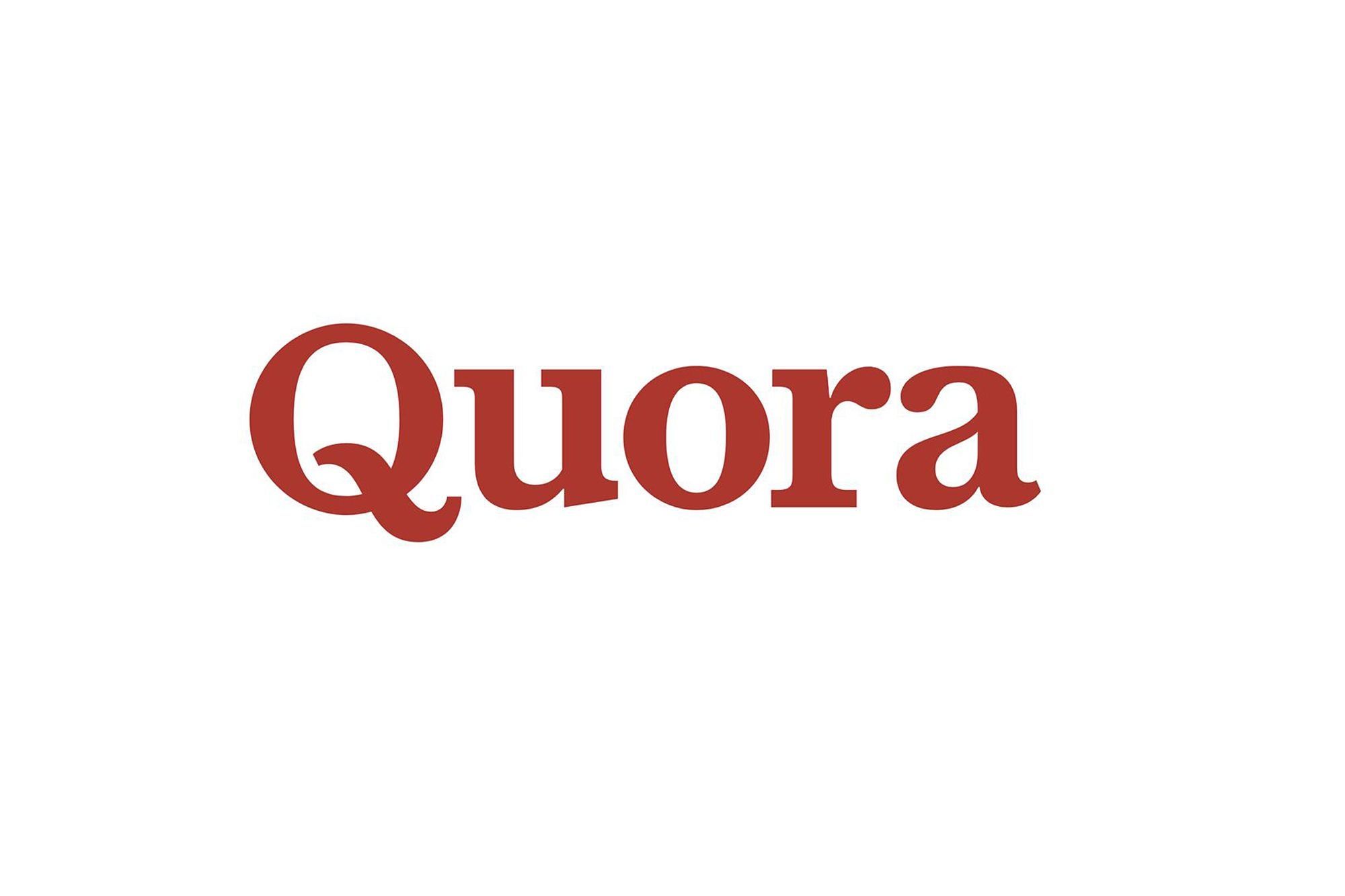 This questions and answers platform took some of its valuable time to decide which language they wanted to use. Charlie Cheever, one of the founders, narrowed down the options to Python, C#, Java, and Scala. Their major concern with Python was the absence and comparative sluggishness of type checking.

The creators of Quora followed Google's lead and decided to use Python, which made it easy to write and read, and enforced C++ for performance enhancement.

The presence of many decent frameworks, such as Django and Pylons at the time, was also an important consideration for using Python. Furthermore, since the team had figured how Quora would mostly involve client/server interactions and would not really require full page loads, it was a great plus for Python and JS to perform quite well together. 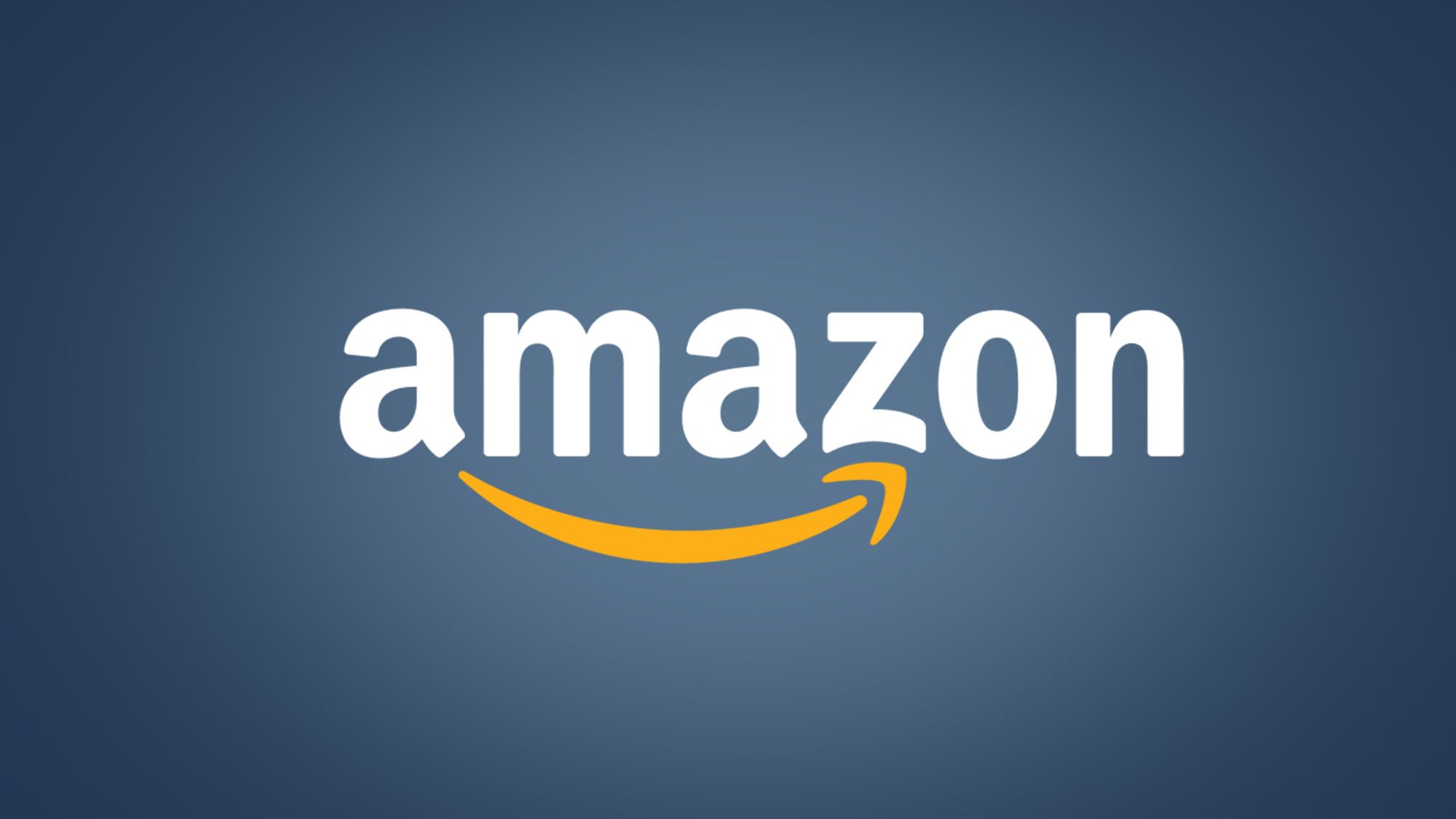 Amazon is yet another major leader that is making use of the Python language.  Something that needs to be highlighted is the fact that Amazon has developed the features revolving around suggestions i.e. recommended deals, amongst the many technical solutions this company came up with.

Amazon analyzes the shopping habits and usage patterns of its customers to provide them with accurate suggestions. This has been made possible with the Python learning engine, which comes into contact with the Hadoop database of the organization. They, therefore, work together to make recommendations as efficient and accurate as possible.

The Amazon team decided upon Python due to its popularity and numerous Big Data features that it offers. In addition, Python is scalable and portable, providing Amazon with a unique proposition. Also, as practical evidence shows, Python is actually quite often used in conjunction with other technologies such as Hadoop or Apache. 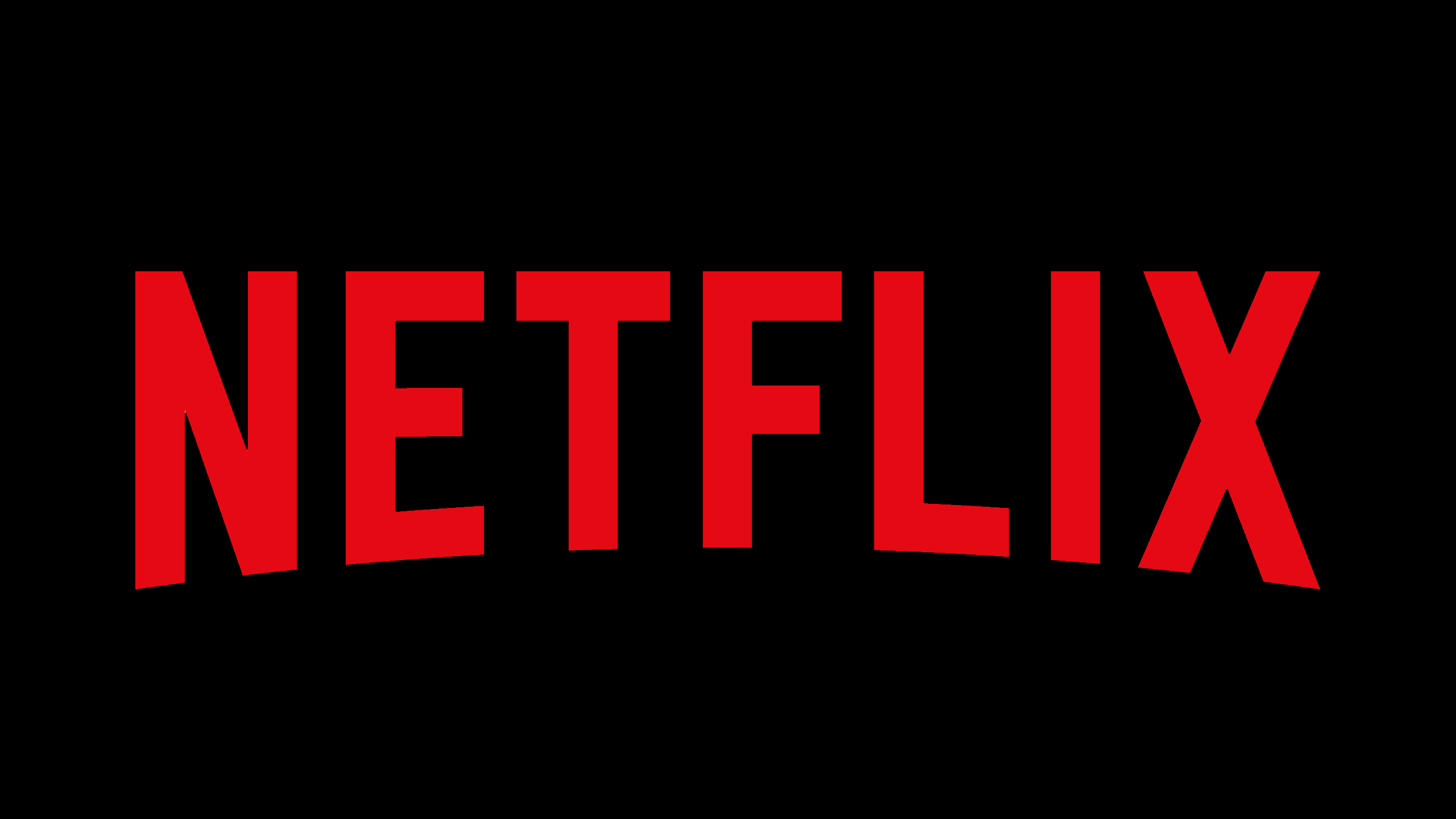 Netflix has been using Python in a way that is very identical to Spotify.   Netflix enables its software engineers to select the language they want to code in and has seen a significant increase in the number of Python applications. In addition, Python has become an essential part of Netflix's other services since it is so easy to build.

The Central Alert Gateway is amongst the key elements that Python is used in. This RESTful web app proceeds by alerting individuals and groups that might want to see them. The application also has the power to remove duplicate alerts that have already been processed, provide automated solutions such as rebooting or ending a task that seems unsteady. This application is an enormous victory for Netflix, given the volume of alerts. Smart handling ensures that developers and engineers will not be overrun by redundant calls. 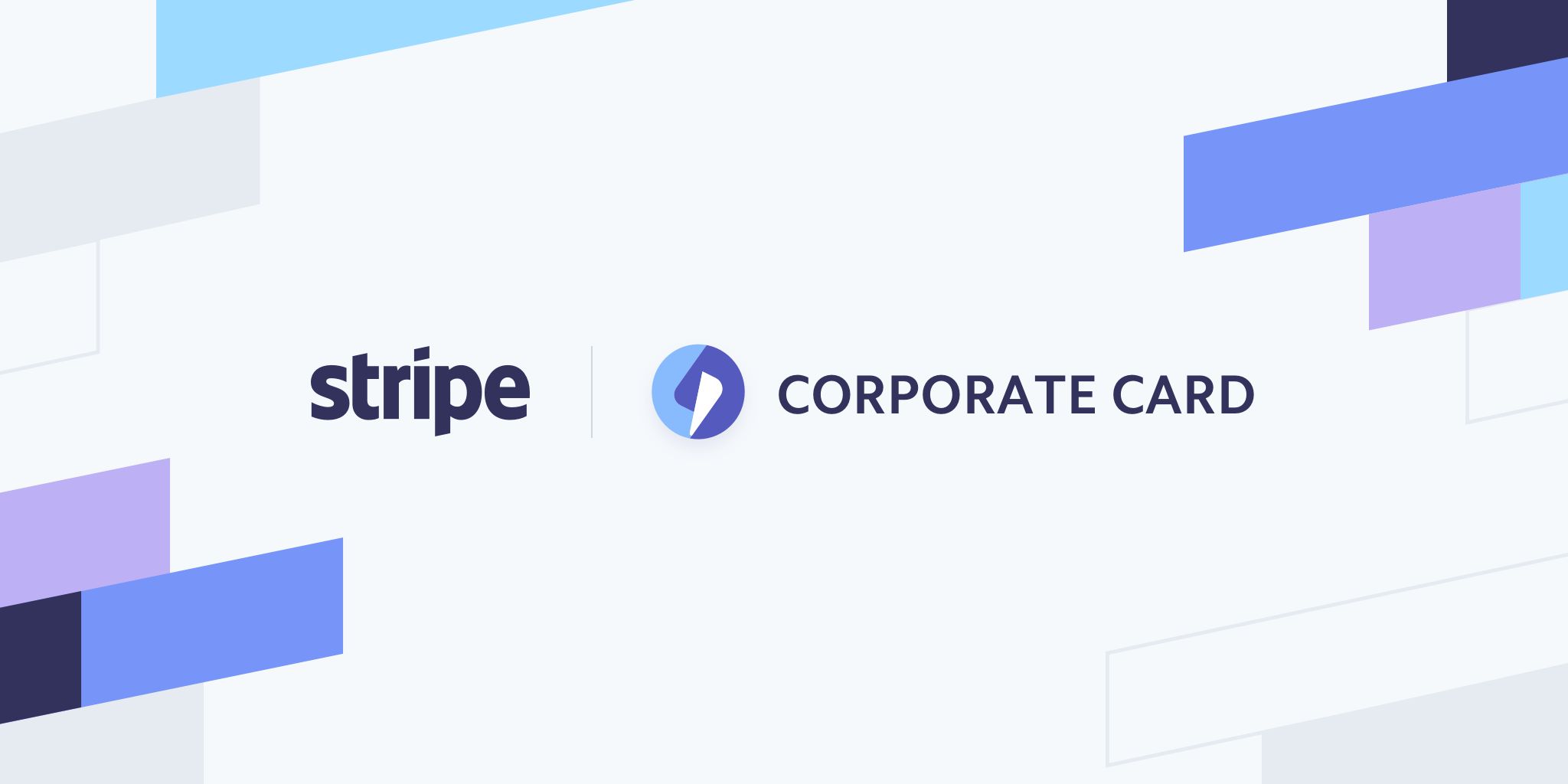 As we all must be aware of, Stripe is a Fintech startup that enables companies the ability to accept payments online. Python was used by the company to design APIs for mobile applications and websites. Stripe makes it easy to manage transactions done by online businesses over the web. Services include invoicing, managing subscription, and also fraud prevention.

Stripe is being used by major players in the industry like Salesforce, Lyft, Amazon, and many more and worth a whopping $9 billion. Python is known to play a major role in the success of the platform.

Due to its efficiency in financial tasks, many Fintech startups chose Python, which instinctively suits the Fintech products linked to data and calculations. Another reason behind this is that Python is the easiest language for finance specialists to learn. 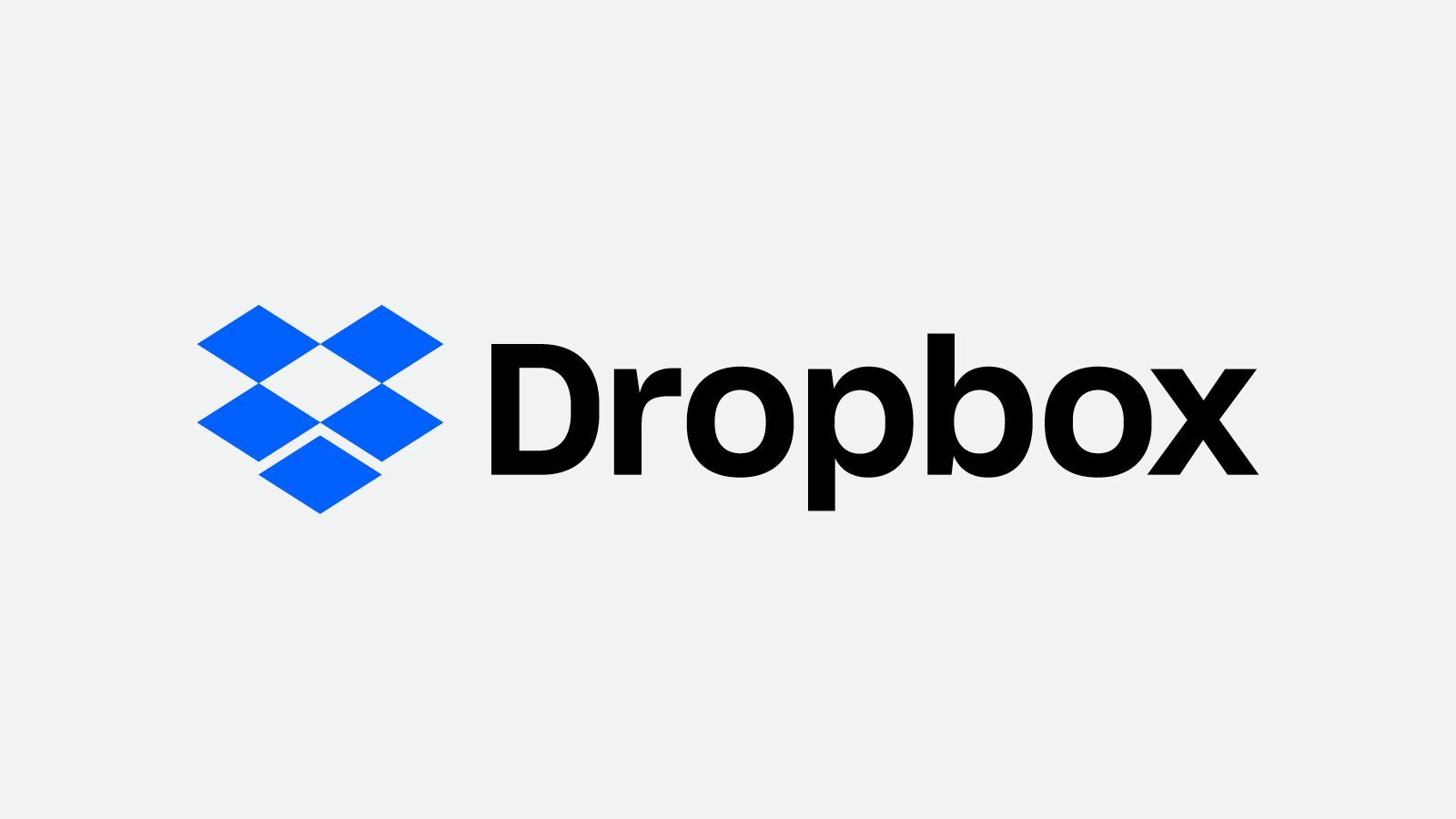 Dropbox is a cloud storage service that enables you to store files online and sync them to your devices and it has been using Python for most of its services and its desktop client. In 2012, Guido van Rossum, the creator of Python was asked to join Dropbox leaving Google behind. In his first year, he was able to assist in sharing data stores with other users within the Dropbox community.

The firm also provides developers with a Python SDK to integrate into their Python app, providing a sense of value they hold for the platform. The developers at Dropbox also confirmed that they use Python for most of its server-side coding.

Although a lot of libraries and internals of Dropbox are proprietary and not open source, the company has launched a very powerful python-coded API to show how their engineers think. 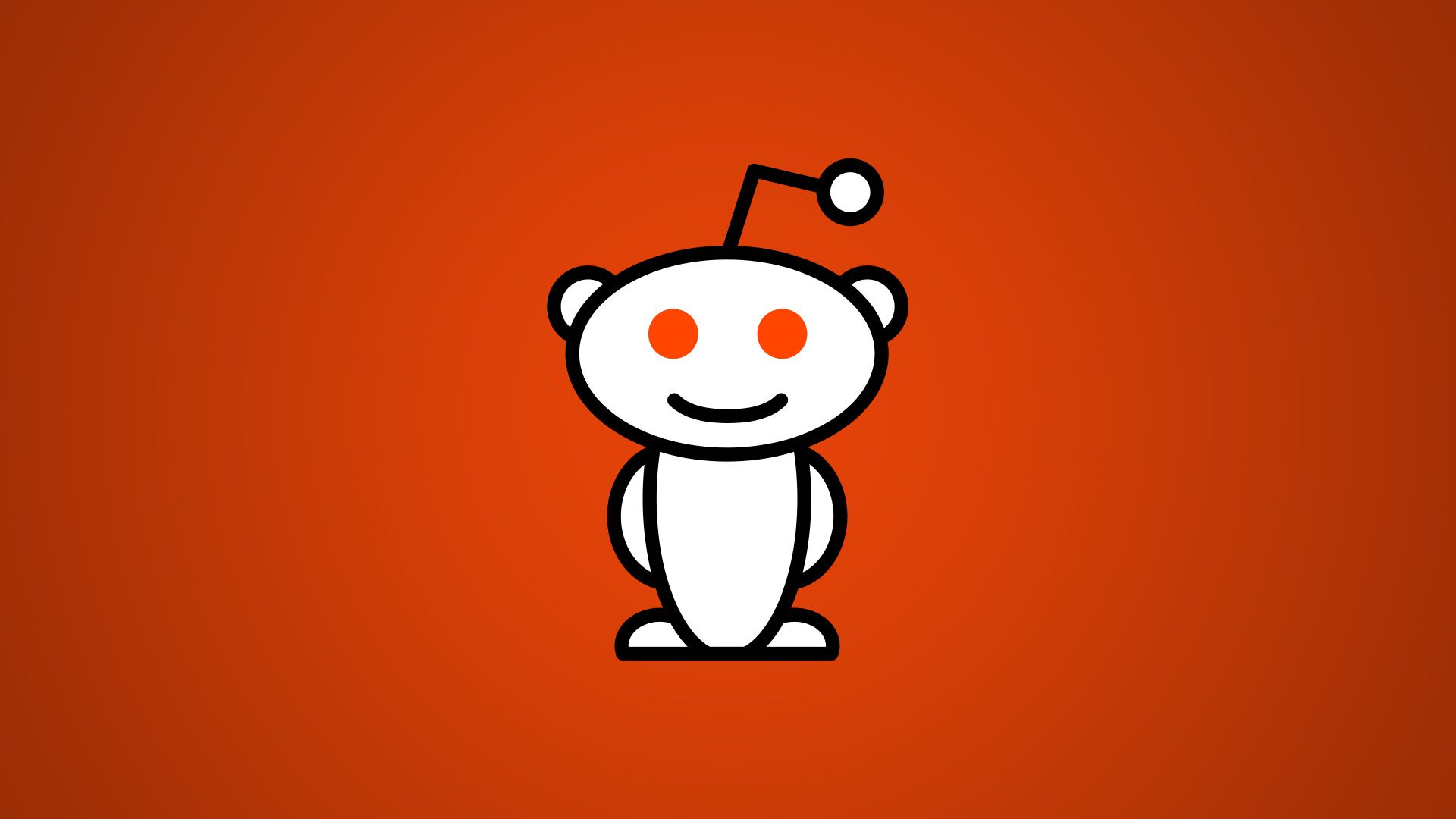 Reddit is a social news platform that enables people to discuss and vote on content that other people have submitted.

Every month throughout 2017, the website had 542 million visitors, making it the world's fourth most visited and the seventh most popular website in the United States. 73,15 million entries and 82,54 billion page views were published in 2015. And Python was the backbone behind all this software.

Initially coded in Lisp, Reddit shifted to Python in December 2005, six months after its release. This change took place after noticing how Python had a huge range of code libraries and was much more efficient in terms of development.

This list of companies using Python is not at all exhaustive, but it provides an estimate of why and how many successful companies benefit from Python. The reasons these companies are choosing to use python are the simplicity of language, development speed, and scalability including a wide ecosystem that allows you to build almost anything with one language.

Python tends to cover web development, backend, server-side, and also the machine learning and big data needs that might occur in an organization. 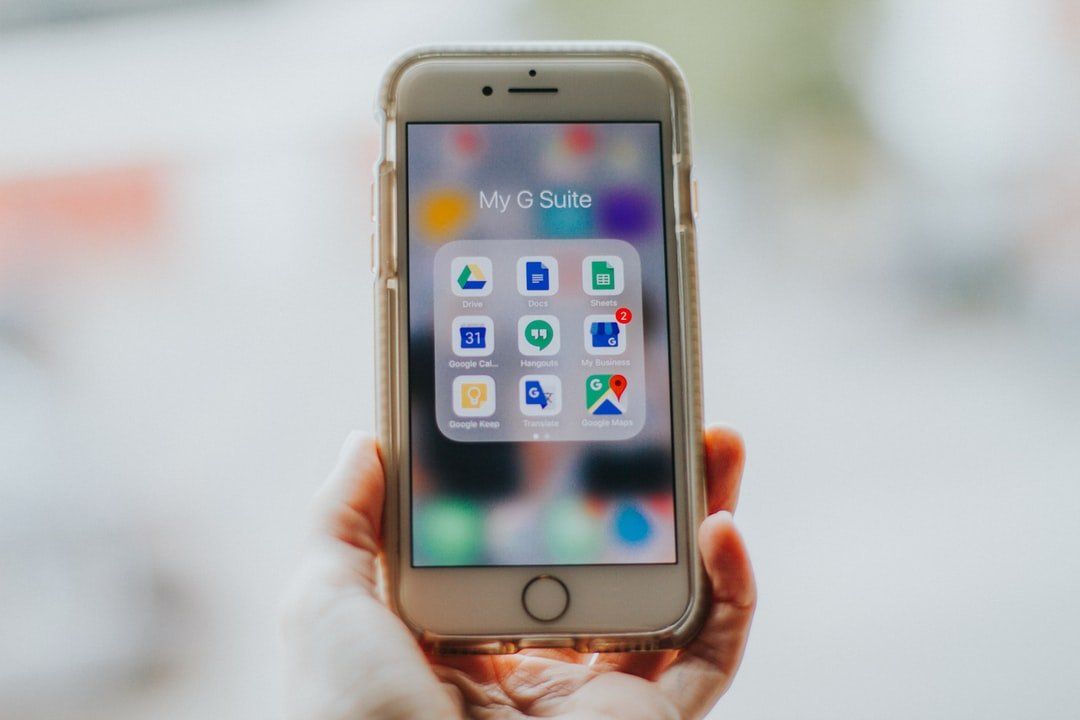 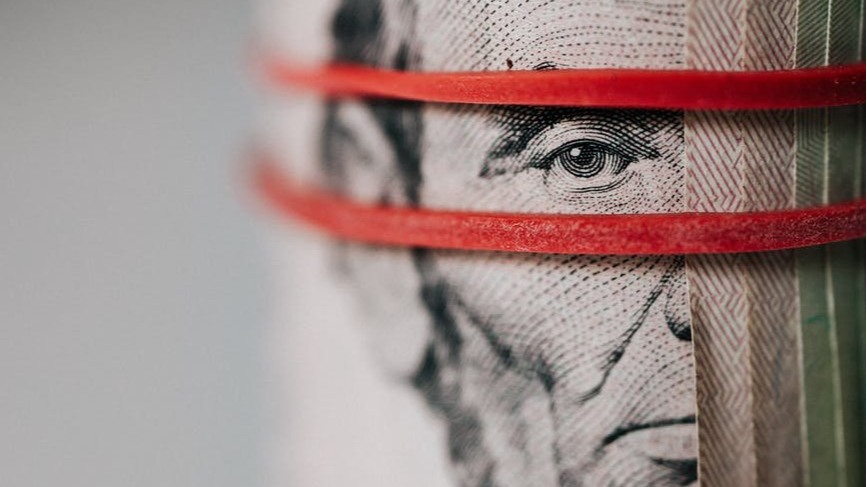