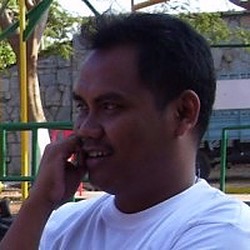 There are circumstances when tasks (Spark action, e.g. save, count, etc) in a PySpark job can be spawned on separate threads. Doing so, optimizes distribution of tasks on executor cores.
From Spark docs,

Threading tasks addresses this particular situation: if the jobs at the head of the queue are large, then later jobs may be delayed significantly, through,

Spark assigns tasks between jobs in a “round robin” fashion, so that all jobs get a roughly equal share of cluster resources. This means that short jobs submitted while a long job is running can start receiving resources right away and still get good response times, without waiting for the long job to finish.

Simple But Very Common Use Case

Saving multiple results to parquet files is a common action. Here’s how to thread three write.parquet action.
An important reminder is to set set('spark.scheduler.mode','FAIR') in the sparkContext.
When this job is submitted on the cluster, at first it will show 1 scheduler pool.

However, at the stage where the actual snippet above is already being interpreted, it will show the 3 pools spawned and the active pools currently being processed.

Hopefully, this is something useful for us trying to speed up running jobs.