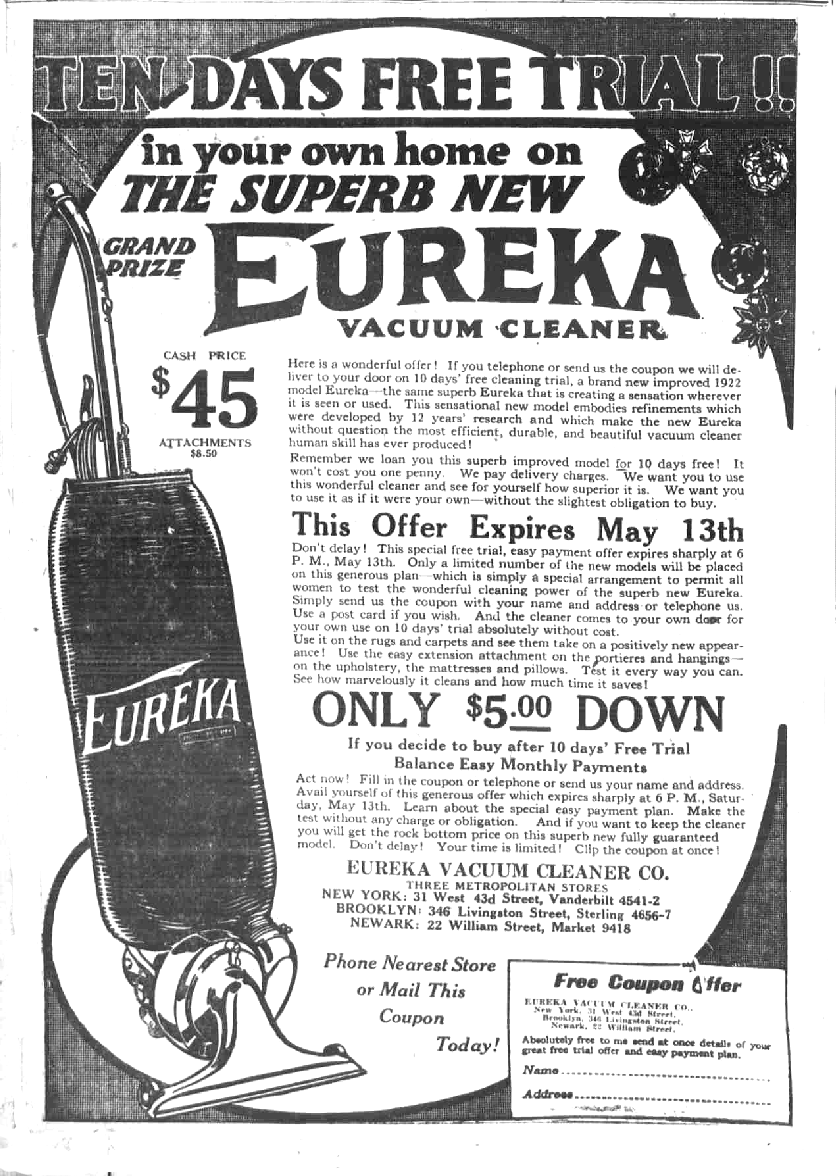 Have you ever seen a relaxed person vacuum clean? No such thing exists. The vacuum cleaner is clearly one of humanity’s worst inventions ever, and here’s why.

It’s unnecessary. As are homes have become cleaner and cleaner, we’ve become more and more prone to modern diseases such as asthma and allergies. You might argue that this might not be directly linked to the vacuum cleaner, but there’s clearly a connection between the urge to vacuum clean and the urge to use other cleaning products which often contain carcinogenic and dangerous chemicals. The vacuum cleaner wasn’t invented before the 1860’s and it didn’t really take off until the early 20th century. Our sick obsession with cleanliness took off somewhere during this period due to several other factors. Mass media for instance helped fuel the delusion that every home ought to be clean and tidy at all times. You never know, someday a celebrity might knock on your door and you wouldn’t want to look sloppy then now, would you? One might view the vacuum cleaner as one of the symptoms of a sick society. A society in which people dedicate their time and resources to pointless things as the result of many corrupt underlying mechanisms. Our lust for status and power, our vanity and our fear of not being accepted socially makes us vulnerable to being easily duped by market forces. Our fear of chaos and love for the orderly has produced other atrocities than the vacuum cleaner in the past, such as fascist regimes and elevator music.

It’s stressful. The silent vacuum cleaner has not been invented yet. Even the robot ones aren’t yet sold without the complementary annoying sound scheme. The sound itself is stressful but the combination of sound and visuals when you see a house-wife tidying up before a birthday party or a student trying to do other things than studying before an exam is extremely annoying. It’s almost on par with trying to get out of IKEA on a busy day. Few things are as contagious as the stress of a person vacuum cleaning obsessively. You can taste the stress. By the way, all vacuum cleaners sound awful. White noise just above the allowed levels of a construction site.

The lack of standards. Have you ever tried to find the right type of bag for a vacuum cleaner. It’s almost impossible. Even worse, standards differ from continent to continent and from country to country so if you have a yacht or a mobile home, leave your vacuum cleaner at home if you plan to go abroad. There are different tube dimensions, different nozzles and different parts in general all over. Printer cartridges and center feed rolls aside, vacuum cleaners are the worst.

So how can we rid ourselves of these vicious beasts? By using humanity’s best invention ever, the blockchain. Buy yourself some Bitcoin, wait a couple of years, become filthy rich and let someone else do your cleaning for you. Whoever gets there first wins. Go!