Understanding How To Value Work [In A Digital World] 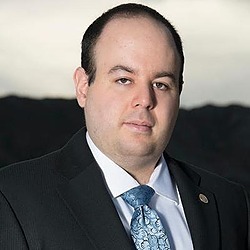 Let us consider “work” in a special sense, as the inputs that go into the maintenance (or in the digital sense) creation of an object such as a piece of software. Work requires one key ingredient, time. Our theory of investment is predicated on these two elements and they are important to understanding the reason behind why some cryptocurrencies (such as Bitcoin) gain in value, while other coins disappear or stay stagnant. Further, this concept underpins another tenant of our investment philosophy, that a coin that manages to survive over time, will tend to appreciate over that measure of time if it is long enough.
I would like you to consider the ecosystem of a particular cryptocurrency as a long term relationship into which you have made several investments of time, emotion and resources. Consider how hard it would be for you to extricate yourself from a committed, long term relationship, even if it has run its course; as a comedian once said: “I don’t leave my girlfriend because we can’t agree who owns what DVD’s!”
This applies to the key actors of a cryptocurrency ecosystem, developers have made huge investments of time and talent, miners have invested equipment and capital, even users have invested time learning about coin specific features and invested resources to purchase tokens. Looked at this way, it becomes easy to see why tokens with large inputs of work tend to create network effects, and why coins such as Bitcoin and Ethereum, tend to dominate their particular market niche. Inputs of work capital create positive, self-sustaining, feedback loops.

The quality of inputs is relatively complex to gauge and depends on both the standard of the work inputs and the frequency of inputs. For example, a new feature which adds new functionality that solves real problems for a large group of people would increase work capital more efficiently, than say, a new functionality that replicates the existing features of another project. In this case, innovation raises the quality of the work input. But the amount of work is also important and small but frequent increments in technology (or promotion, use, purchase, etc.) can sustain a project for extended periods of time. Frequent, high-quality inputs would be the gold standard when looking at an investment, but this is nearly impossible to sustain so a combination of these in a given project is a good sign.
In cases such as Bitcoin, which has gone through considerable turmoil but remains the market leader, the enormous amount of work inputs lead to a phenomenon known as escalation of commitment. At the point where the Bitcoin community began to fracture over scaling a few years ago, key actors had such levels of work invested in Bitcoin, that despite the technical and economic superiority of other projects, as the principal features of Bitcoin (transaction cost and speed) degraded, they did not turn away from it but rather became Bitcoin Maximalists and doubled down on Bitcoin.
Work accumulates over a given number of units of time. Because the transfer of value is not uniform and is derived from a myriad of actors with different incentives and interests, it can best be observed over long, multi- year periods. Coins that receive continuous work inputs will tend to appreciate over time. Work inputs do not lead to an increase of the value of an ecosystem in a 1:1 fashion but rather much of the value created by work inputs is “lost” as the assimilation of inputs into a crypto ecosystem is highly inefficient.invetec
Because of this, coins which receive a lot of work, may not increase substantially in value under these conditions, rather they will tend to appreciate to some degree, depending on the efficiency of the system. This is the risk inherent to investing blindly under our model. It is rather important to understand that the quality of the work that goes into the asset will determine the efficiency of the system. Low-quality inputs will result in lagging returns over any unit of time, though a coin that continues to receive work, even subpar inputs, will likely at the very least manage to maintain its value over time.