The True Impact Of The US Election On The Global Financial Markets: An Analysis 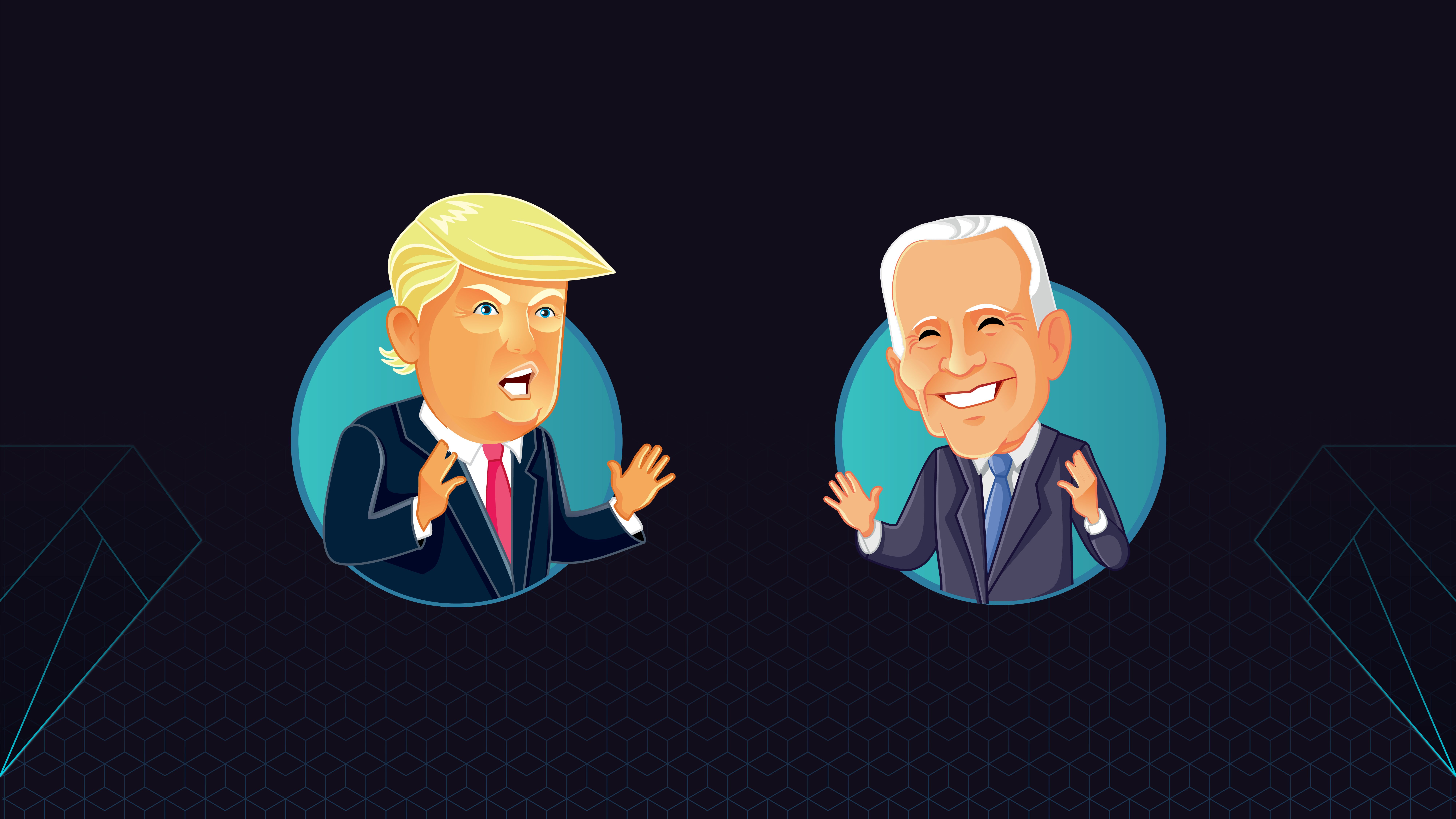 The closer to the US presidential election day, the more financial markets go into turmoil. At the time of writing, we have DXY up, Gold down, Stocks down. As for Crypto, although BTC did not decline, most Altcoins have been red for a relatively long time.

This comes from the fact that professional investors are gradually withdrawing safe-haven tools such as USD and cash to be able to prevent the coming risks.

Theoretically, whether neither Trump nor Biden are supporters or opponents of Crypto and Blockchain, their policies will shape the world's financial future four years from now. And of course, Crypto is no exception.

Today's post will go into the scenarios that will happen when Trump or Biden wins the election.

The past of 2 candidates with Crypto.

Even though in the past, at least for the past four years, neither Donald Trump nor Joe Biden have talked much about Crypto, but they have not been without crypto collisions. One thing is for sure, no matter who of the two becomes president, there will be no policy in place that will affect the crypto price immediately.

In the past, Trump has said that Bitcoin and Crypto are not currencies, and that he is not a fan of cryptocurrencies. 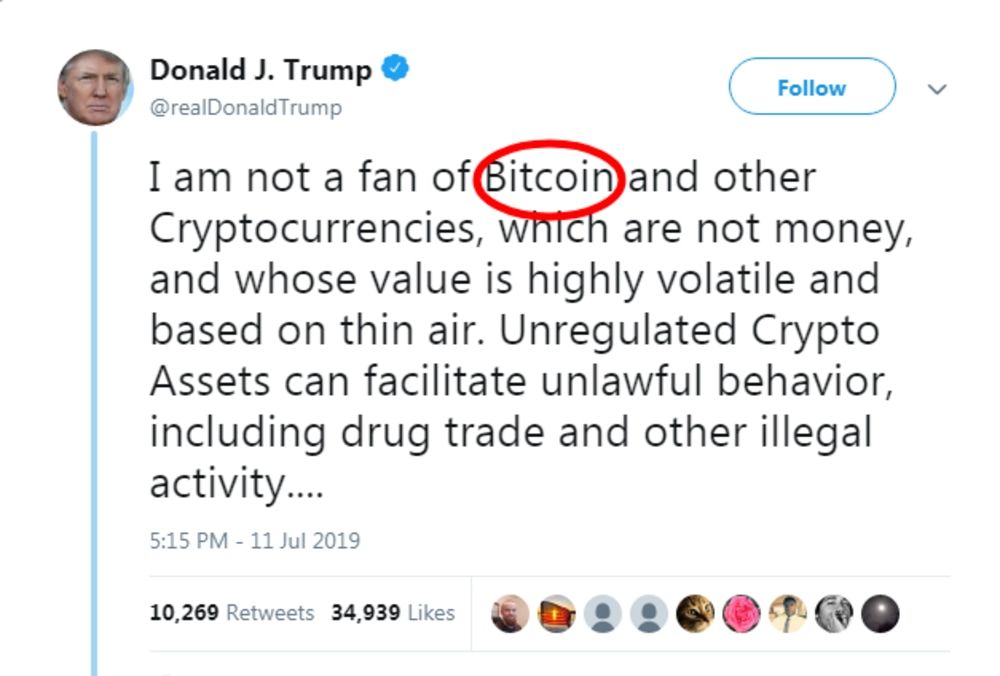 More specifically, Trump has criticized Facebook's 2019 efforts to launch the Libra coin. Trump argued that if Facebook and companies wanted to become banks, they must have the required licenses and comply with banking laws. If not, they don't have the authority to issue a cryptocurrency.

In addition, Trump added that Bitcoin is not really valuable and is "born out of the air", and that if not carefully controlled, Crypto has the potential to bring risks such as money laundering or trading. drug.

Biden did not / did not have many comments on Crypto or Bitcoin, except once on Twitter joking about the Biden team not accepting support with Crypto. However, Biden is close to China, but China is….

Anyway, neither of the candidates mentioned Crypto or Blockchain in their election campaign. Therefore, we will have to look down to their subordinates, like the SEC and the federal lawmakers.

The election's most direct impact on cryptocurrency policy will likely be through federal regulators that the President will appoint and the Senate (currently held by the CH party) will confirm. The chairpersons of the Securities and Exchange Commission (SEC) and Commodity Futures Trading Commission (CFTC), the head of the Office of Monetary Control (OCC) and the Secretary of the Ministry of Finance and State only are a few individuals who will shape the government's approach to cryptocurrencies.

Currently, the SEC is being run by Jay Clayton, one of Trump's loyalists. If Trump is re-elected, Clayton will be appointed by Trump to be the Chief Prosecutor for New York. And that means Commissioner Hester Peirce will act on behalf of Clayton to manage the US Securities and Exchange Commission, which is quite beneficial for the crypto world as a whole 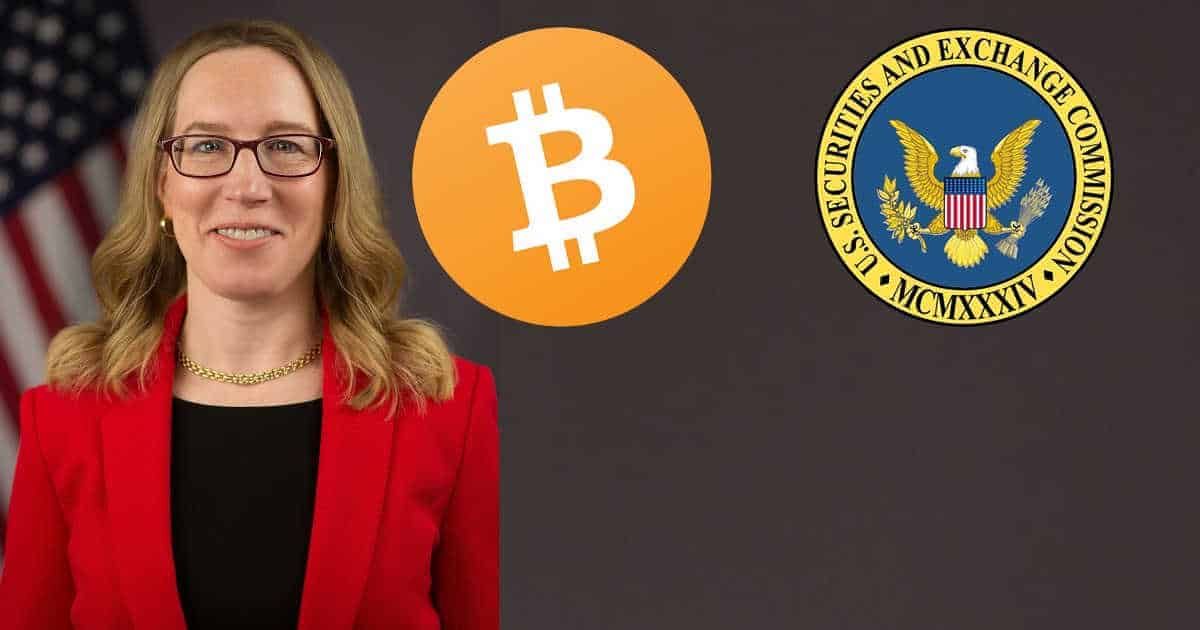 Peirce is known to be one of the few figures in the government to support Crypto, even known as "Crypto Mom". If Peirce takes the SEC, it is highly likely that we will have more open laws to Crypto, contributing to bringing new capital into the market.

Peirce will likely continue to push for policy goals - which have drawn a lot of attention from the crypto industry, including her support for Bitcoin ETF approval - effort thus far. remains thwarted amid concerns about price manipulation and a lack of watch-sharing arrangements across major markets. In February, Peirce wrote in a dissenting statement about the agency's rejection of the Bitcoin Investment Trust and the US Treasury: “The Commission's approach to these Bitcoin ETF products is offensive. because it exhibits stubborn stubbornness in the face of innovation. "

That same month, Peirce announced a proposal to regulate a Safe harbor for startups selling tokens. In exchange for a period of 3 years for token projects to grow their networks and pursue a path of decentralization, these startups will be forced to adhere to SEC standards and oversight.

It is not clear if Biden is up, who will be in charge of the SEC in his administration. Overall, Trump is giving the crypto market an edge, at least in terms of terms for the time being.

This is what makes me one of the people who are inclined to support Trump in the future. In terms of tax policy, the two have DIFFERENT policies, promising to bring about many major changes in the US economy in the coming period.

Regarding Joe Biden, this former Obama-era vice president proposed a relatively "left-wing" tax and economic policy. Biden will raise taxes for individuals with incomes greater than $ 400k / year, as well as businesses.

The purpose of this action is to increase the public budget, and then to improve infrastructure and introduce new policies, to improve the economy in the future. Biden will also increase corporate tax, from 21% to 28% of income. Biden's goal is to collect a lot of taxes, from which budget money to pay for activities such as reducing medical expenses, writing off student debt, writing off bad debt to buy a home, as well as increasing basic salary to $ 15 /H…

With Trump, he vowed to keep his tax reduction program in place. Currently, Trump's tax rate for business is 21%. Trump's policy has always been on, reducing taxes to support small and medium businesses, helping to create more jobs in the suburbs.

So how will these two tax policies affect the economy? Honestly, anyone with basic economic knowledge would find Biden's plan terrifying, for a socialist America, slap Adam Smith in the face - the father of the doctrine. market economy.

At a recent campaign in Toledo (Ohio), Democratic US presidential candidate Joe Biden asked attendees to honk their horn if they made more than $ 400,000 a year. "You're about to get a tax increase," he announced when he heard a few whistles. 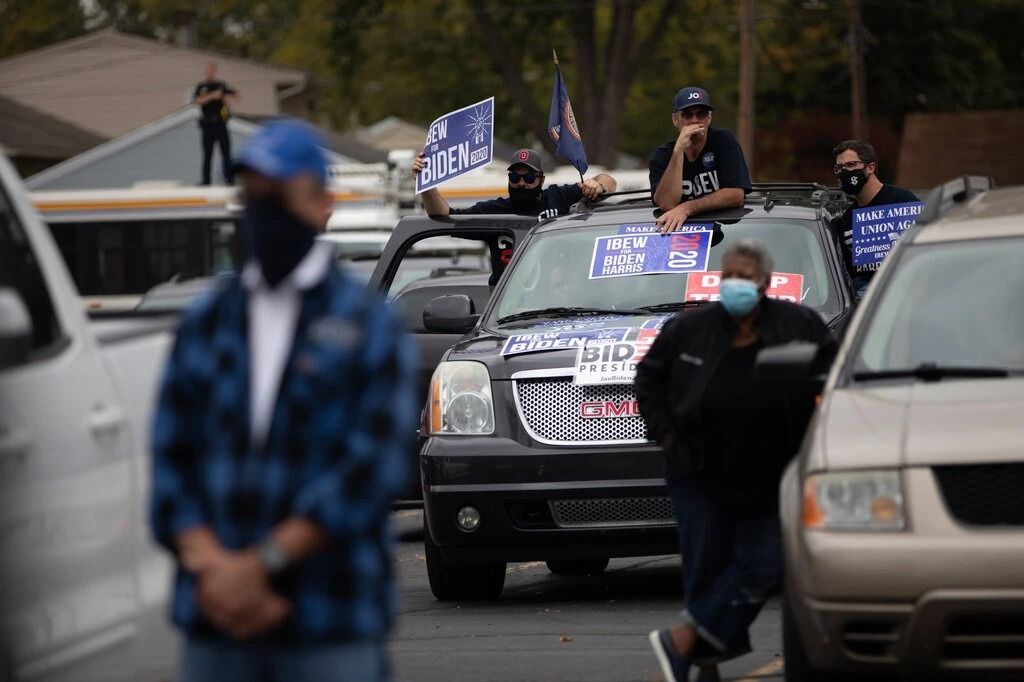 Biden has proposed large-scale tax increases for high-income earners and large corporations. Various independent forecasting models estimate the proposal will increase federal budget revenues by about $ 2,500 billion over a decade.

First, Biden promises to increase the minimum income to $ 15 / h, with incentives and benefits for people in need. This makes sense because the majority of voters who vote for Biden are young and fresh voters, always having economic problems. But in order to do this, your administration will have to TAX HIGH TAX. With a tax increase of 7% on small and medium enterprises, many businesses that have struggled with Covid now face even more difficulties to maintain and survive. Plus the minimum wage is not suitable for the diverse US economy (America has many states, each state has its own standard of living / income, some states $ 11 / h is enough to live, some states $ 20 / h is too little). All of these will add a great burden to the economy. And when small and medium enterprises cannot be maintained, they will be forced to shut down, creating more unemployed people. This model is somewhat similar to the centralized economies, when the government forces KPI from top down. Look at your socialist brothers and you will see results. 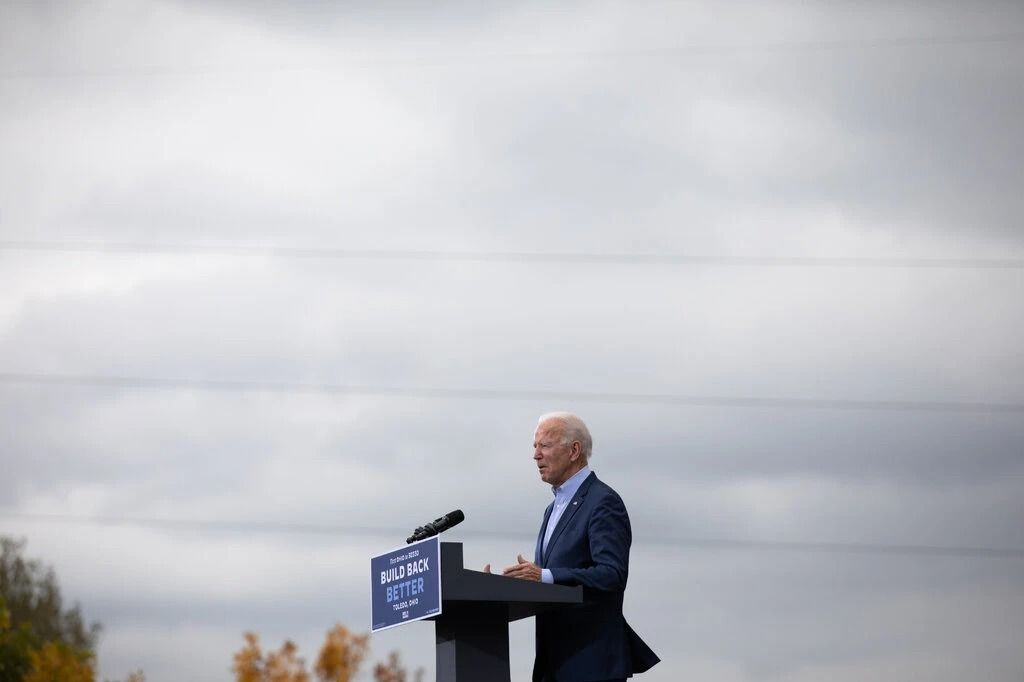 Second, to make up for the difficulties, the Biden government will print A LOT more money. Many bailout packages, lots of money ---> Inflation and virtual price increase. Gold, Stocks, Bitcoin etc ... will increase in price as a matter of course, leading to the next wave of bubbles that is most likely a real estate bubble when Biden also promises to cut property tax in half and write off debt. bad profile of many home buyers from 2007 to 2008.

Do you remember Bigshort, Too big to fall?

Under Biden, it is likely that that vortex will repeat again. And when there is hyperinflation and a bubble appears in an economic power, it will be exported to other developing countries in this globalization era. Congratulations to the post-Biden pre-devaluation period.

Third, Trump's tax program is not without its problems. The super-rich individuals under Trump are also getting richer, leading to the widening income gap, creating social instability within the country. However, if there's something rich people are good at doing, it's tax evasion. Taxing high taxes will only cause super-rich individuals in the US to transfer money as well as their businesses to tax havens. And of course this will cause losses. Meanwhile, it will be more difficult for SMEs because it is impossible to do the same thing, causing monopoly in certain industries such as technology.

In the end, the public budget increases, making it more difficult to manage and corrupt. Ask yourself why the Obama family suddenly got rich after two presidencies, or the new Hunter Biden filings. And you will have the answer.

Tax policy and these decisions will greatly affect the Stock market and the post-election economy. Remember that after Trump won the 2016 election, the Crypto market had a spectacular breakthrough with the legendary uptrend season 2016-2017.

With Covid increasingly escalating due to Trump's policies on the gap, it is really hard to talk about the post-election US economic situation. However, the US election also comes with one really interesting thing waiting behind: the new bailout package, also known as the "money printing package".

Because of their political structure, both Republicans and Democrats are bringing this new bailout on the scale for post-election measurements. And as soon as the election is over, it is highly likely that this bailout package will be brought to the negotiating table. And whoever serves as president, the strength of the US dollar will weaken and slight inflation is inevitable.

That means Bitcoin and Gold will see growth in the long-term post-2020. But Altcoins is different. Altcoins' growth depends a lot on economic and policy situations. If the Economy does not develop, it is very difficult to facilitate startups as well as newly born projects and raise capital. Printing each money not only causes temporary wealth.

However, in my personal opinion, if Trump is elected for a term of 2, the next 4 years will be a relatively strong 4 years after the end of the 10-year cycle, laying the foundation for all 10 the next year of the world economy. If Biden is elected, Asia and China will have a chance to dominate both the Tech Economy and Digital Finance with Blockchain and cryptocurrency as one of the spearheads. At that time, Chinese projects will be much more notable.

The story of the election is intended for America, but it is not necessarily only about the Americans. Because the controversy surrounding this US election is still stuck somewhere the silhouette of the Chinese dragon lurking in the East.

One thing is for sure, the Crypto Market is just a nascent market, and in the long term, with an increase in capital inflows and adoption, $ 400 billion is still too small a number for. Market capitalization. And whoever becomes president, new technologies are being researched and developed day and night.

Either way, the results will be available on November 3-10. And at that time, let's wait and see what madness will sweep the financial markets!

Communicating Real World Data With Blockchain And Back via Oracles 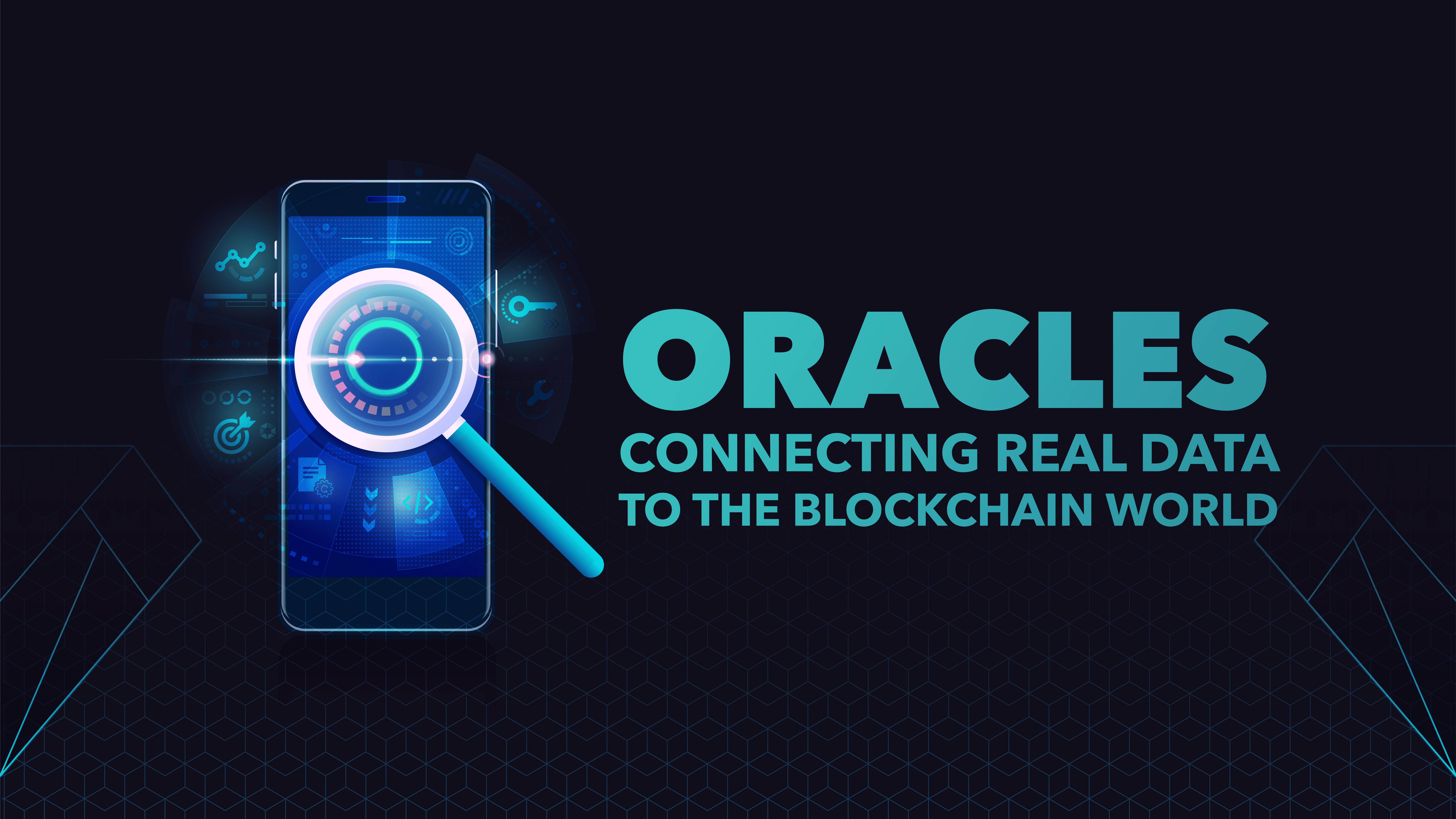