The Self Fulfilling Prophecy of r/cryptocurrency Hype Coins 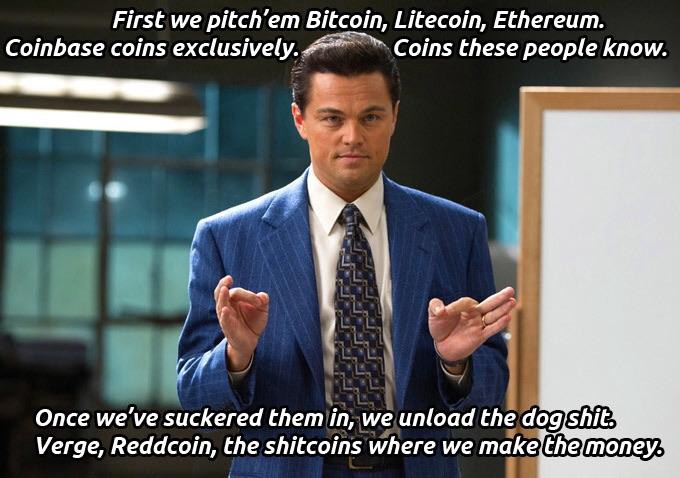 The FOMO phenomena of investors not doing due diligence

You’ve spent a few days researching blockchain and cryptocurrency. Your Google search history may look something like this:

“explain blockchain in song and dance”

You finally feel informed enough to consider yourself part of the blockchain community.

I believe the best general cryptocurrency community on the internet right now exists on reddit.com/r/cryptocurrency. Here, over 375,000 users post and comment on emerging technology, breaking news, and investable projects in the blockchain and cryptocurrency space. The moderators establish strict rules on no shilling, FUD (fear, uncertainty, doubt) and other market manipulation tactics to preserve a forum for constructive discussion.

However what exactly constitutes as shilling, or promoting a project with no room for thoughtful discussion, is undefined.

Ideally, people will invest in projects they genuinely believe in and have done thorough research on. They will do their due diligence on the team, the white paper, and the market need the project aims to assess. These dedicated people will usually exist on the subreddits specific to the project, such as r/stellar, r/ethereum, r/requestnetwork, etc.

When there is breaking news about a project, whether it’s a corporate partnership or a main net launch, the post will find itself at the front page of r/cryptocurrency, where 375,000+ people will be able to look at it. These posts can be conducive to debate and discussion, whereas shill posts ramble about “why ‘x’ coins is severely undervalued.”

Shilling a coin makes sense. If people learn about a project and see the price of it skyrocketing, it begins a FOMO-FUD Cycle which is further expanded upon in Bobby Azarian’s great article here.

According to Azarian, “These people aren’t trying to be dishonest with their promotions; they have been seduced by the potential of the coin and the promises of its creators. Many of those investors become evangelists for their chosen coin, since one’s financial success then becomes dependent on that coin’s continued growth.”

People will see shill posts on r/cryptocurrency get upvoted about the new flavor of the month, and will panic buy without doing any necessary due diligence on the project. If the project is solid, then they can get lucky and unknowingly invest in a winner. If the project isn’t solid and has severe internal issues, then the investor is at the mercy of a pump and dump that was caused by their fear of missing out.

RaiBlocks, Verge, Icon, and VeChain were the flavors of the month on r/cryptocurrency in December, and looking at their 1-month charts, it’s amazing to see how the coins performed because of the hype that started on the reddit page.

It’s incredibly tempting to chase after a big pump, especially when traditional logic doesn’t always apply. When a coin pumps 100% in a day, you generally expect it to exhale and correct for a little bit before running up again. However as you may have seen with Raiblocks, it was consistently increasing by >30% a day.

It’s especially tempting in the echo chamber of the coin’s subreddit, where the “moon talks” run rampant.

R/Cryptocurrency is an incredible community, but having healthy skepticism and doing due diligence on a project is vital to protecting your investment, especially during this bull market where everyone looks like a genius.

Even if it means losing out on 5–10% gains, understand the project and if there’s a real need for it to exist. The small gains you forego will be peanuts in the future if the company is headed for widespread adoption.