The political correctness of diversity will doom us all.

I am a huge admirer of Benetton ads. For decades, they have been promoting the widely needed notion of ‘love and acceptance transcending all boundaries’. Even at a time when racial discrimination was a widespread epidemic, UCB held its ground and promoted love, not hate. Who can forget the UNHATE campaign!

Look at any UCB ad, and you will see this unifying pattern. Always. Its both subtle and bold at the same time. Just love them for that.

And they do it all without saying a single word. They do it by rich, colorful visuals with strong messages embedded within. The society needs that.

The society needs to be reminded every now and then that unless there is 100% elimination of bias on the basis of skin color, cultural background, sexual orientation, no matter how much we progress as a nation and a world — it still won’t matter.

What really irks me off is the pushed agenda of the so called diversity in workforces, and the notion that companies do discriminate against employees based on race, gender, sexual orientation etc. I am not saying that bias doesn’t exist in some odd companies here and there; of course it does, and it is wrong (and we must all unite to end such discrimination and bias). But to look and misconstrue data for the sole purpose of milking the cow — now that’s just wrong.

Few weeks back, I had come across an article that outlined the notion that managers at Facebook have been rejecting codes of their female subordinates. They even threw in a nifty little number to jazz things up — 35% higher code rejection rates for female employees (sic). Wow! And from the get go that article reeks of unparalleled journalistic standards.

And right now, when I was trying to look for that article, my Google search showed some interesting results, leading me to do one more search. Have a look at the results for both searches. (I am attaching the search terms as well, just to give you the complete context on what I searched for)

Few things you could easily spot:

What is wrong with this picture? Everything!

Forget about the fact that you are harping about the wrong things. And let’s even ignore the alarming fact that if outlets like The Guardian, CNN, Fortune and Telegraph will practice this kind of journalism, then what can we expect out of small and/or single-person operated blogs and outlets.

Instead, let us put our thoughts to the insult and waterdown effect this has on people who got these revered positions because they worked their assess off — be it through their education years, or their professional careers spanning years! Why should the person not be identified just as any other CEO, but as a BLACK CEO? I am pretty sure he wouldn’t have been promoted because of the color of his skin.

BUSINESSES CAN’T CARE ABOUT YOUR DEMOGRAPHICS

Tim Cook is gay. But he wouldn’t have been chosen to lead Apple because he is so.

Ajay Banga (CEO, Mastercard), Sundar Pichai (CEO, Google), Indra Nooyi (CEO, Pepsico) and few others are Indians, but they surely did not get their jobs because of their exotic cultural backgrounds.

Does demo-bias exist? Yes it does. As unfortunate as it may be, I need to admit that it does. In a certain percentage of workforces and companies (most of them will be fairly small and run with a stern hand by the proprietor), this problem is there.

But, if you look at the overall picture, it doesn’t. You won’t get promoted even after doing mediocre work just because your manager hails from the same part of the world as you. If anything, you may get sacked, because he would be afraid of being accused of being soft on a low-performing employee. In the larger scheme of things, it is just the best interests of the company that matter to the senior management. One thing and one thing only.

Who would facebook or any other company hire? Heck, forget others. Who would I hire? The best and the brightest that I can find, that I can get interested in the role, and that I can afford to bring onboard financially. What do they look like, what’s their sexual orientation etc — it doesn’t matter to me! The only thing that does is my expectation of them being good at the job that they are required to do.

As a society we produce more male engineers than female ones, so naturally there would be more males in the tech team. There is a good chance that I would be having a much better chances of finding a great techie from the male side. So, am I expected to let go of a great techie because it would make my company look anti-women? How messed up is that?

Ask yourself these two questions in reference to the ‘facebook female code review’ article we talked about earlier:

The answer would be a resounding NO on both counts!

It is that simple.

Businesses just want to do business. They want to do everything in their power to help their businesses grow and soar.

When a manager looks at a code, I doubt if they would ever be thinking — “It is coming from a female engineer. Must be extra vigilant in my review.” Will they scrutinise it harder if it comes from an employee that’s either new or has a rich history of making mistakes? Yes, they would — irrespective of the gender or any other bias.

SO. WHO AM I ACCOUNTABLE TO?

As a business, and as a businessman (business owner), I have obligations to three AND ONLY THREE* groups of people (in the following order):

Other than them, I don’t owe a rat’s furry behind to anybody or anyone.

Of course they do. Diversity makes a great team. But the diversity that they need (what I am talking about here), and the traditional diversity that you see plastered all over the internet — the two things are completely different. They couldn’t be more farther away from each other.

Businesses work when a group of people having different methodologies, thought processes and approaches work towards a common goal. That makes them approach the problems in unique ways. That helps them work better as a team, learn from each other’s expertise and experience. All in all, a great deal for the business. But that’s it. That’s all the diversity you need.

If you promote or hire or give preferential treatment to an employee based on their demographics, you are just as wrong as someone who prevents them from getting what they deserve.

There has always been separation of church and state. Maybe it’s time to bring about a separation of political and cultural diversity and workplace.

There is a follow-up to this story (which started as a comment to one of the responses on this story). Has some new perspectives and data. You may wanna check it out here.

And on that note,

That’s it for today. See you tomorrow.

How You Can Reduce Costs on AWS Lambda 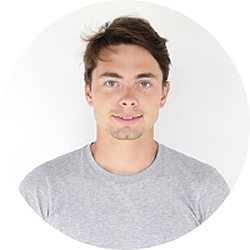