The Pandemic of Childcare 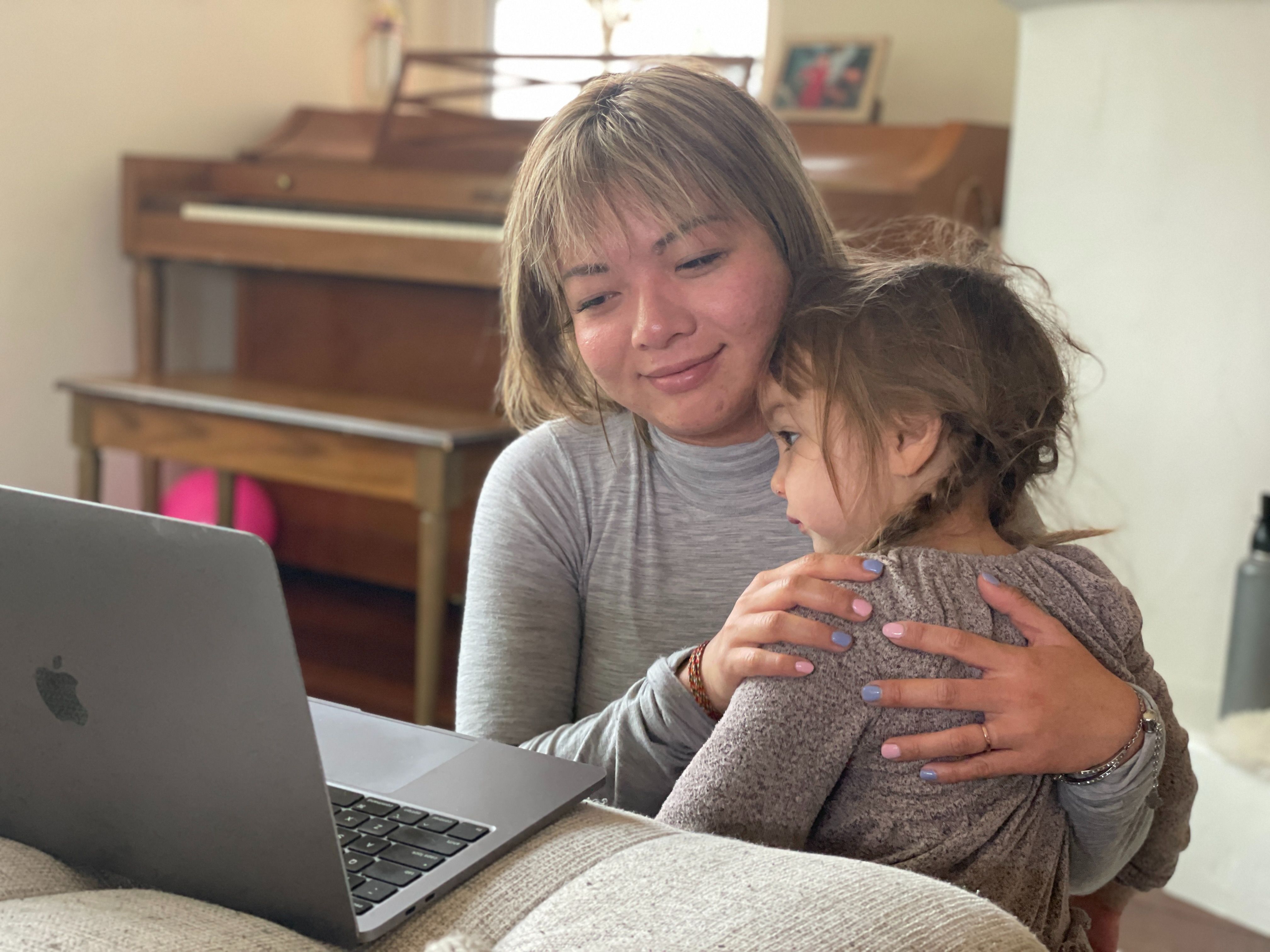 Disclaimer: this story heavily centers the family structure with 2 heterogenous parents - a mother and a father.

Let me set the scene for you. The date was Tuesday. The time was 9.38 am. The people: a mother in a meeting, a father on breakfast duty, a hungry 4 year old who needs her mother and only her mother's touch, a team of remote workers spanning across different timezones on said meeting discussing action items and work plan for the week ahead, as said child told her parents how wrong they were for bringing an orange instead of her favorite banana bread.

Ah, the elusive Working From Home as a Parent Luxury.

According to NPR ~ two thirds of parents in the US experience difficulties finding childcare post-pandemic, compared to the previous figure, which was roughly half.

The pandemic forced many parents to work from home for the first time, if they were lucky. The (more common) reality is that when the pandemic hit early March, with mass school closing and slow opening, 21.1% of working mothers lost their job while 14.7% of working fathers lost theirs, according to the Census Bureau, in the US.

Moreover, even when schools start reopening and childcare centers become available again, 1 in 6 childcare workers, most of whom women, lost their job. This leads to even fewer options for working parents when it comes to childcare, which is integral to their ability to work.

So parents face 3 choices. 1. Work from home while also playing teacher role; 2. Get the limited childcare that is available where they are, or; 3. Quit their jobs and become a full-time stay-at-home parent.

Why is the pandemic so hard on working parents in general, and working mothers in particular?

I don't have all the answers, least of all because I have been one of the lucky ones with an equal partner both in life and in work who takes his fair shares of childcare and work responsibilities, unlike many women I know who are the primary caregivers and in some cases, breadwinners, of their families. But I do have this hypothesis:

The pandemic didn't create the childcare problem but rather revealed deeply rooted issues in our society that had already existed long before Covid hit.

We have varying data points on exactly what the split is between parents when it comes to childcare. According to this Catalyst study, less than a third of all parents seem to agree that childcare is split evenly between both parents. Twice as many mothers say they do a lot of childcare and house work responsibilities compared to fathers, according to Pew.

This Loyola University of Chicago study details all the backlashes working mothers face, anywhere from the stereotype that they are less committed to the work (assumingely because of childcare at home?) to they are outright less capable of doing the work.

The result? Population is shrinking because women don't want to be working mothers.

This problem is more acute in societies like Japan, wherein women are expected to do 100% of childcare and housework while also working themselves, which leads to a shrinking percentage of childbearing women who want children, which also explains the much concerning shrinking Japanese population for the past few decades.

We also do have evidence of a shrinking US population, not unlike that of Japan. For the first time in 8 decades, rate of population growth declines in the US. This means, American childbearing women are more and more likely to make a decision to not have children.

And shrinking population is bad for the economy in many ways, least of all the fact that there's no labor to do any of the things that make a society function. But that's a topic for another day.

For now, these are just some of the problems that have existed long before the pandemic hit, basically ever since women entered the workforce en masse circa the 50s-70s all around the world.

Many have proposed solutions, and we shall see their effectiveness (or not) hopefully in the medium term.

How we (personally) make it work

As mentioned before, I don't really have all (or any tbh) answers to the Pandemic of Childcare Problem. And many more qualified people than I am have been thinking about it daily.

But I do want to leave you on a high note. I would like to extend a deep word of gratitude to the many, many women who have made my work-from-home-life-as-a-mother-of-a-4-year-old-and-a-chief-operating-officer-of-a-small-tech-startup-during-a-pandemic possible. They are:

I realize how extremely, extremely privileged we are as a family unit to be able to have the access to these women, many of whom are still undervalued by society even though the pandemic revealed just how important they are to simply make the world go round.

As a working mother, I can do some of those things to contribute to solving this problem:

Any other ideas? I'm all ears. For now, let's make sure that we don't turn into a society that leaves their mothers (and fathers) behind. It does take all of us for this to happen.

Related Stories
Subject Matter
Hacker Noon from a Community Perspective with Linh Dao Smooke by @linh
#hackernoon
Here's What to Expect as Bitcoin's Death Cross Fast Approaches by @MarkHelfman
#bitcoin
How to Generate a QR Code Image in Four Lines of Code by @ssukhpinder
#csharp
Secure Sessions in JavaScript: Forking Express-Session to Improve Security by @0x0ece
#cybersecurity
Node.js Vs Flask: Which One Has A Better Performance by @radleylewis
#nodejs
Markdown Support is Nigh by @RichardJohnn
#markdown