The Good, The Bad, and The Ugly of Central Bank Digital Currencies or CBDCs 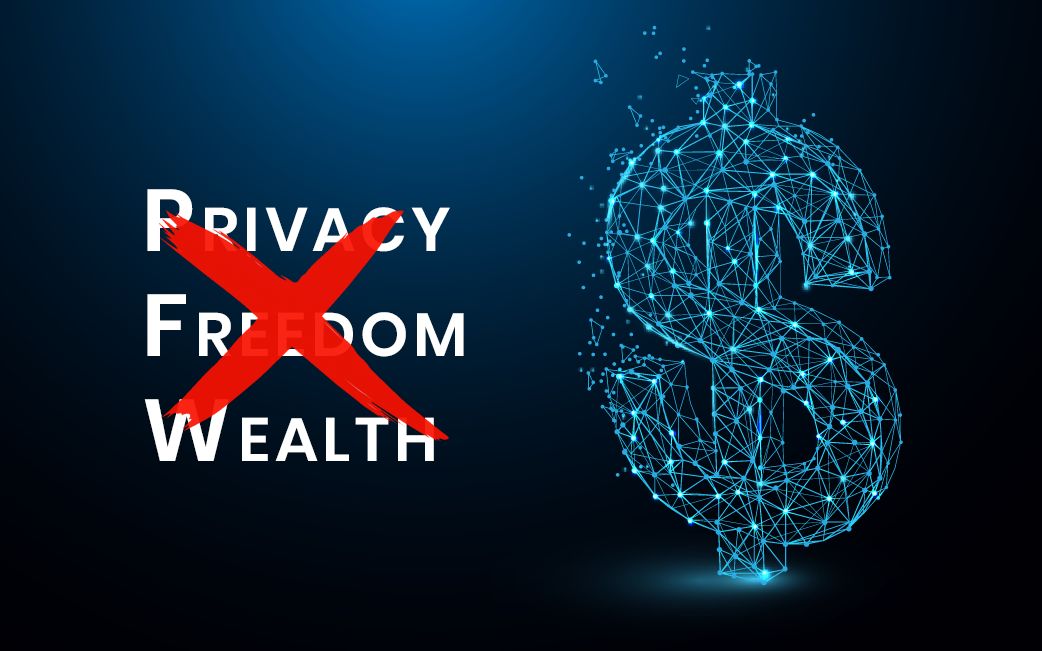 Less than 1% of the world’s population uses cryptocurrencies. And whether the remaining 99% want to use them or not, it doesn’t matter anymore.

Central banks are developing the government-issued cryptocurrencies, and they will make you want it.

The Fed recently announced a partnership with MIT to build its digital dollar. China first mentioned the prospect of a CBDC back in 2016, and it’s now in the final stages of development.

The CDBC race is well underway, with over 80% of the world’s central banks investigating their potential.

Make no mistake; at some point, it will replace all your banknotes in your wallet.

So what does it exactly mean for you?

CBDC plays an essential role in the so-called war on cash.

As the fiat currencies continue to fail, central banks and governments are doing anything they can to stop the inevitable from happening.

Let me break down to you some disturbing details and opportunities you probably didn’t know about.

Here are the good, the bad, and the ugly of CBDC:

The primary threat that a cashless society poses to you is the loss of your freedom.

The only way you will spend the CBDC is via the digital app on your phone.

It’s going to be a disaster for your privacy.  The governments will monitor, track, and record every single transaction you make.

Imagine if the government-controlled every aspect of the financial system.

That is precisely what they can and will do with the programmable money.

If a complete loss of privacy does not bother you, perhaps the prospects of losing your money might get your attention.

Through the CBDC, the government has the ability to approve or deny any of your transactions.

Want to buy a product not authorized by the government?

Want to tip your niece for babysitting?

Good luck. You’ll never be able to make a payment.

But wait, there is more.

CBDC can make negative interest rates enforcible to everyone. The government could just deduct interest from your digital wallet.

And if that’s wasn’t enough, imagine what your friendly tax office could do.

And on top of all that, the government will never cease to increase the digital currency supply.

They’ll just digitally print more of it and devalue your CBDCs through inflation.

Fortunately, there is a solution.

CBDCs have profound implications on gold, Bitcoin, and cryptocurrencies.

Some people think it might be dangerous for Bitcoin.

But in my opinion, the introduction of the digital dollar, euro, or yuan will be extremely beneficial for Bitcoin.

It will boost the actual adoption and demand, sending Bitcoin prices to the stratosphere.

People will realize that they can control their wealth.

With Bitcoin, they will still be able to receive, transfer, and store money, without any authority stopping them from it.

And as the CBDC owners will see the value of their wealth deteriorate by endless money printing, Bitcoin’s value will rise due to the limited supply.

In comparison to CBDC, Bitcoin will be an easy choice to make.

As Nasim Nicholas Taleb said, “Bitcoin is the beginning of something great: a currency without a government, something necessary and imperative.”

Related Stories
Subject Matter
Book a Demo. Ship Fast. Rest Easy. LaunchDarkly. by @LaunchDarkly
#promoted
Why DeFi Could Foster the Killer App of Banking by @ras
#decentralized-finance
Decentralizing The Internet: The Hitchhiker's Guide by @nich
#decentralized-internet
DINO (Decentralized In Name Only) Vs. True Decentralization by @paul-arssov
#decentralized-internet
Make The Most Out of Your Portfolio With A Q DeFi Rating by @anton-dzyatkovskii
#blockchain
3 Reasons Why Blockchain Won't #ReleaseTheKraken: An Interview with John Sebes of TrustTheVote.org by @benjaminbateman
#blockchain-voting
The Liquidity Crisis - Part Two: ETH by @benlilly
#ethereum